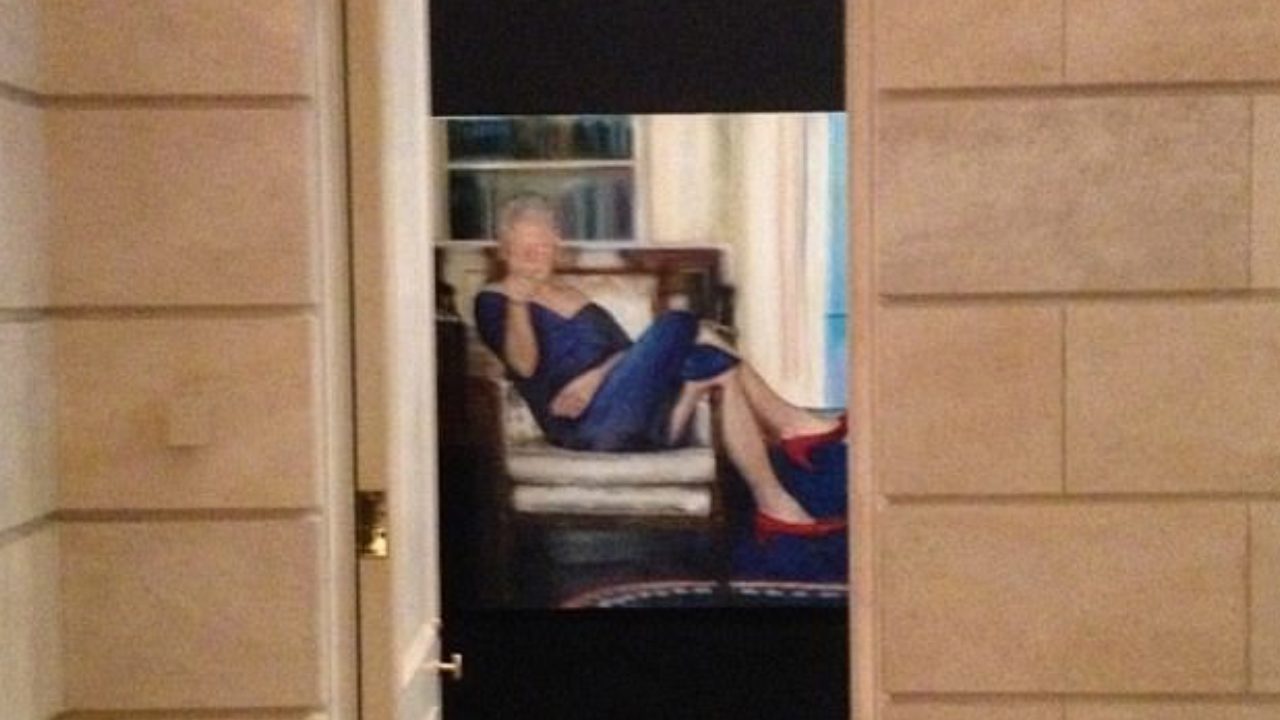 August 14, 2019 August 14, 2019 David Cohen David Cohen is a long-time independent journalist and expert in geopolitics, technology and finance. Cohen began his career as an activist, and then began writing articles as a freelancer for numerous websites. Cohen is a native of Brooklyn, New York and a graduate of Cornell University.

The case of the disgraced billionaire financier Jeffrey Epstein continues to get weirder and weirder as more details are revealed. One of the strangest details to be released in the wake of Epstein’s apparent death, is a strange portrait that was hanging in his $77 million mansion in Manhattan.

The Daily Mail revealed the bizarre portrait, which appears to show Bill Clinton wearing a blue dress and red high heels. It also appears that Clinton is sitting across a chair in the Oval Office. A photo of the portrait was reportedly taken in 2012, by a source who wishes to remain anonymous, considering the obvious danger surrounding the case. The source took the photo four years after Epstein was forced to register as a sex offender in his “sweetheart deal” with prosecutors. 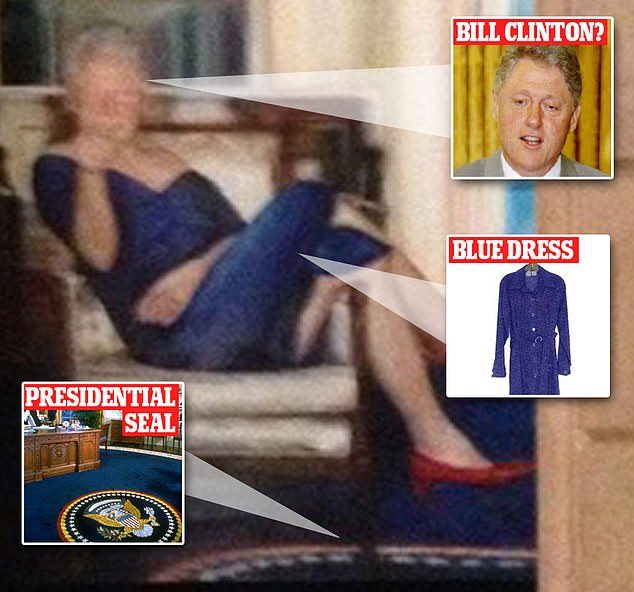 The portrait is interesting for a variety of reasons. Not only is it interesting that the painting shows the former President in drag, but it is also possibly symbolic. As you may remember, a blue dress was one of the primary pieces of evidence against Bill Clinton in the impeachment trial involving Monica Lewinsky.

The source told The Daily Mail that the encounter at Epstein’s mansion was very strange, and that there appeared to be a 14-year-old girl waiting to see the financier, despite his status as a registered sex offender at the time.

“We were wrapping things up with his private secretary and I noticed a young Hispanic girl there, all hunched up over her phone, waiting to see him next. I thought it was odd that she was in the same waiting room we were in. She was really young – she looked about 14. I thought that maybe she was the housekeeper’s daughter,” the source revealed. 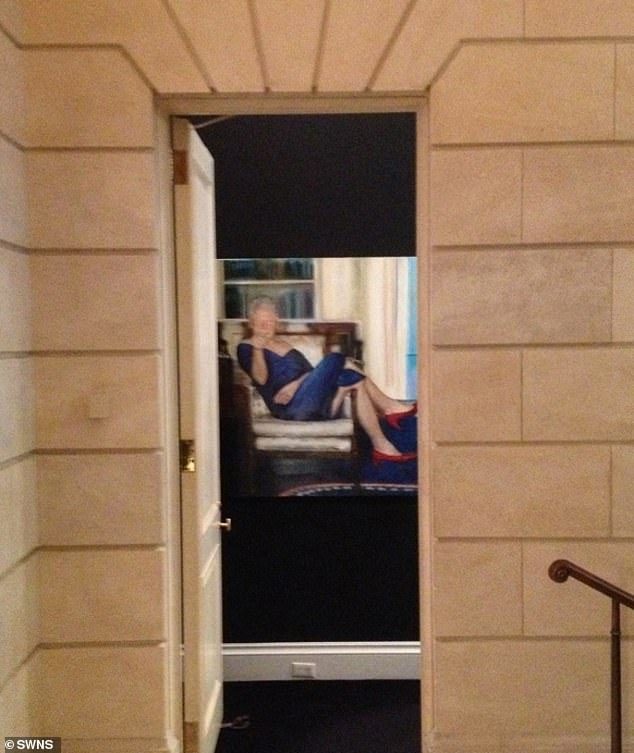 The source told The Mail that, “It was absolutely Bill Clinton. It was shocking – it was definitely a painting of him. It was a very provocative, sexual picture. He was wearing heels, a blue dress and his hand was in a weird position.”

By all accounts, Clinton and Epstein were very close friends, and Clinton was very close to the more secretive parts of the financier’s life. While Clinton denies ever visiting Epstein’s island, he has appeared numerous times in the flight manifest for his private plane, dubbed the Lolita Express. He has also visited Epstein’s mansion on several occasions, which means that he could have seen or known about the strange painting. 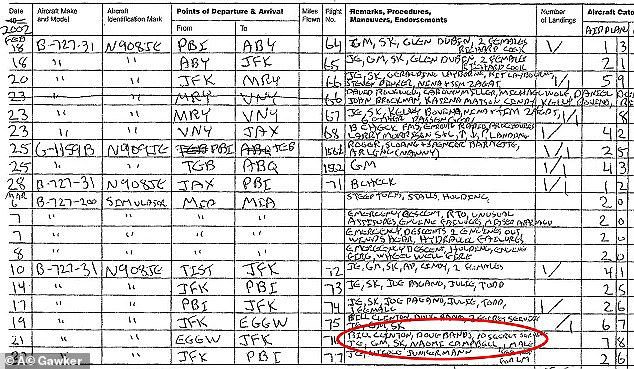 One of Epstein’s victims, Virginia Roberts, testified in court that she saw Clinton on the island shortly after he left office.

Reporters with the Daily Mail were able to use metadata to verify where and when the photo was taken.

The source said that she was shocked when she saw the painting, and felt the need to snap a picture even though there were cameras all over the building.

She said that her impression of Epstein was that of a creepy old man.

“He came out in pajamas. He wasn’t messy but he had on a white t-shirt, pajama bottoms and bare feet. He was very grey and he looked creepy. He looked like a villain to me. I immediately knew we didn’t want to do business with him, despite wanting the contract. I knew he would bury us if something went wrong,” she said.

Luckily for the source, the deal never went through. 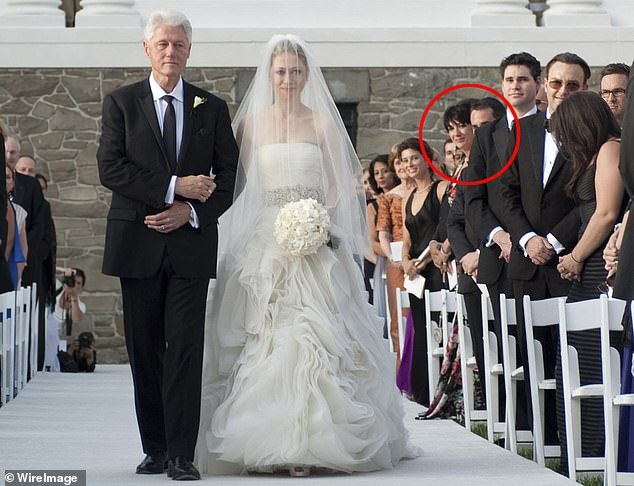 Immediately after news of Epstein’s arrest broke, Bill Clinton issued a statement saying that he “knows nothing” about the “terrible crimes” that the billionaire financier has been accused of.

Epstein was connected with some of the most powerful people in the world, including Bill Clinton, Prince Andrew, Donald Trump, Kevin Spacey, and Woody Allen. One of the many people who were implicated by Epstein’s victims was 57-year-old “madame” Maxwell, who is the daughter of disgraced tycoon Robert Maxwell. Maxwell has also had a public relationship with the Clinton family, and can be seen in numerous photos them, including Chelsea Clinton’s 2010 wedding, as seen above.

By Luke Miller Truth Theory Firstly I would just like to say, this article is not being put here to instill fear in anyone, it is hard not to be a little shaken by what has been discovered, but there are people who understand what is happening and we have the power as the people…

Welcome to the end of the 2010’s decade. In retrospect, can you believe how quickly it passed? It was back in 2013 that Edward Snowden leaked all that info about surveillance. It was the very beginning of this decade when both social media and smartphones really started popping, or the very end of the last…