In the crime ridden streets of Colombia, urban myths tell of the horrors surrounding a local drug nicknamed “the devil’s breath.”

The drug’s real name is scopolamine, an anticholinergic drug derived from a number of trees native to South America. Hailed in a 2013 Vice documentary as ‘the world’s scariest drug,’ scopolamine is known to turn its user (or victim rather) into a docile zombie ready to do exactly what its perpetrator wants.

In an attempt to learn more about the mysterious underground drug, Vice’s Ryan Duffy flew down to South America to interview those who deal the drug as well those who’ve fallen victim to it.

One drug dealer out of the capital Bogota claims the most frightening part about the drug is its simple method of administration, which can see the colorless, odorless drug blown in the faces of its victims, taking effect almost instantaneously.

Scopolamine has a remarkable ability to wipe its victims memory clean, so that the next day there is no recollection of what transpired while under its influence. Stories run rampant throughout Colombia of people being raped, having their bank accounts emptied, or even willingly giving up an organ.

This makes scopolamine an effective weapon for drug dealers, thieves and even prostitutes, as shown in Vice’s documentary short. 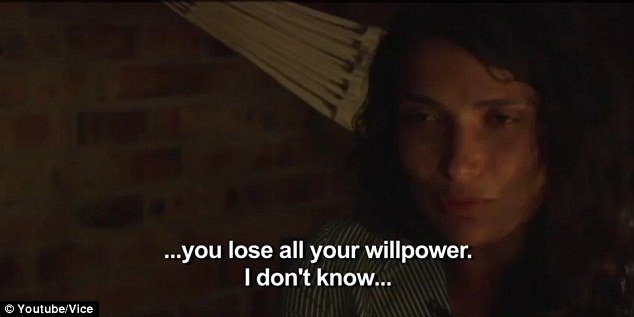 “They go out to party and then wake up two or three days later on a park bench,” said Maria Fernanda Villota, a nurse at San Jose University Hospital in Bogota, which receives several scopolamine victims every week. “They arrive here without their belongings or their money.”

Last year, Colombian police reported nearly 1,200 cases of people victimized by criminals using scopolamine and other so-called zombie drugs. The victims range from high-profile politicians to U.S. Embassy employees to average Colombians. Perhaps the number of cases are related to the drug’s availability, whose metabolites can be found in a number of plants, including jimson weed, angel’s trumpets and corkwood.

Scopolamine is a muscarinic antagonist which works by blocking the neurotransmitter acetylcholine, resulting in depression of the central nervous system. The few medical uses include treatment of motion sickness as well as treatment of symptoms of Parkinson’s disease.

Even the CIA has been called out for using scopolamine in behavioral-engineering programs from the 1960s, according to John D. Marks’ book, The Search for the ‘Manchurian Candidate.’

The Vice documentary makes for a fascinating watch, I highly recommend it to anyone fascinated with the underground world of the drug trade. Here’s what Ryan Duffy had to say about his experience while filming the piece:

When VBS initially asked me to go down to Colombia to dig into this Scopolamine story, I was pretty excited. I had only a vague understanding of the drug, but the idea of a substance that renders a person incapable of exercising free-will seemed liked a recipe for hilarity and the YouTube hall of fame. I even spent a little time brainstorming the various ways I could transport some of it back to the states and had a pretty good list going of different ways to utilize it on my buddies.

The original plan was for me to sample the drug myself to really get an idea of the effect it had on folks. The producer and camera man had flew down to Bogota ahead of me to confirm some meetings and start laying down the groundwork. By the time I arrived a few days later, things had changed dramatically. Their first few days in the country had apparently been such a harrowing montage of freaked-out dealers and unimaginable horror stories about Scopolamine that we decided I was absolutely not going to be doing the drug.

All elements of humor and novelty were rapidly stripped away during my first few days in town. After meeting only a couple people with firsthand experience, the story took a far darker turn than we ever could have imagined, and the Scopolamine pranks I had originally imagined pulling on my friends seemed beyond naive and absurd.

By the time we were wrapping things up and preparing to leave the country, I couldn’t wait to get as far away from Colombia and that drug as possible. Apologies for a fleeting moment of sincerity, but looking back, I’m pretty proud of the work we did down there. This story, and the people who tell it, truly deserve to be heard.”

Last night, the fight between Tyson Fury and Deontay Wilder ended in a draw, leaving a lot for people to talk about. However, one of the most memorable moments from the entire situation might be the brief post-fight interview the bruised and battered Tyson Fury gave to the cameras. Part of the entertainment for people,…

Did the moon landing really occur? If it did, why haven’t more missions to the Moon been planned? This is a perfectly reasonable question to ask, considering how many other things we’ve been lied to about. However, these 10,000 photos of the Apollo mission released by NASA last year strongly challenge the theory that the…