A woman harmed a swan to take a selfie with it, then left it on the beach to die…

Really, is there no end to human stupidity when it comes to exploiting – and harming – animals for vain purposes?

In recent weeks, tourists in Argentina killed a baby dolphin as they passed it around on the beach so selfies could be captured. And, shortly after, a fool in Florida pulled a small shark from the water so he could pose with it before tossing it back into the ocean. 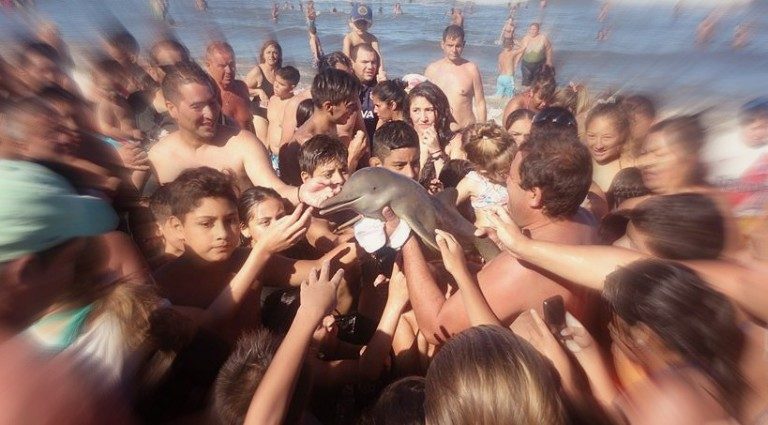 The only good news concerning humans helping animals, recently, concerns a killer whale that was stranded off the coast of Canada. Residents spent six hours tossing ocean water on the whale until the tide came back in and it was able to swim away.

This unfortunate news, however, concerns a woman from Macedonia who harmed a swan for the sole purpose of capturing a selfie with it.

Metro.co.uk reports that the woman dragged the swan from the shoreline of Lake Ohrid by its wing, then left it to die on the beach.

Since then, photos of her holding the frightened bird have gone viral.

According to Macedonia Online, the bird “remained motionless after the encounter.” 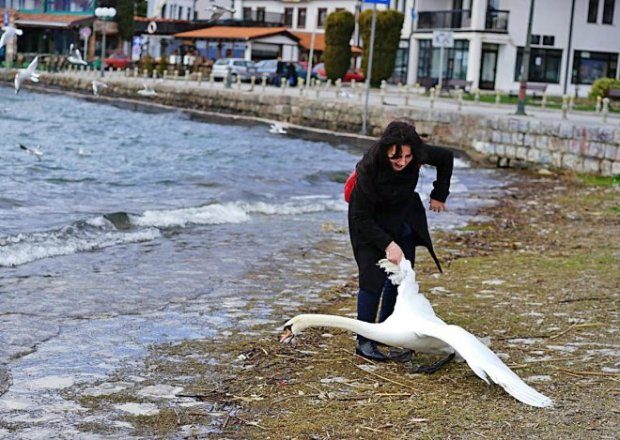 A rare tourist vulgarity in Ohrid: killing a swan to take a picture.

“According to witnesses, the swan itself didn’t react to the Bulgarian woman’s approach, as they are very peaceful and used to no one bothering them.” 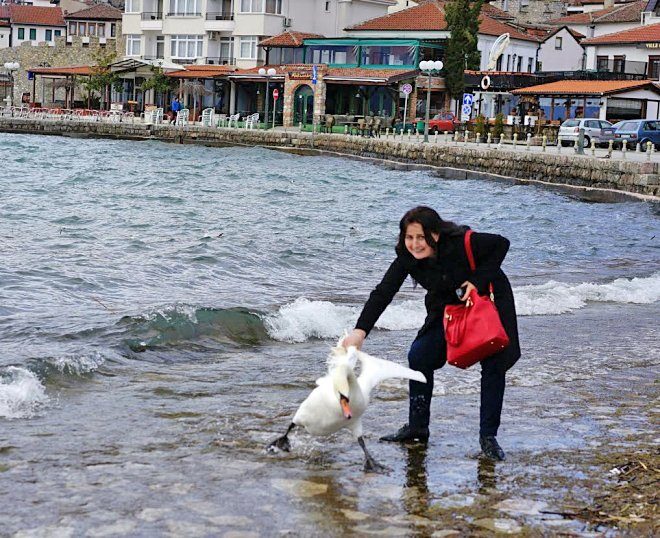 A rare tourist vulgarity in Ohrid: killing a swan to take a picture.

Such barbaric behavior should not be considered acceptable; humans must evolve beyond their own selfish desires and live as stewards of the Earth – ensuring all its inhabitants are well cared for.

This article (Woman Drags Swan From Lake To Take A Selfie, Leaves It To Die On The Beach) is free and open source. You have permission to republish this article under a Creative Commons license with attribution to the author and TrueActivist.com

At least two people l0st their lives and dozens of others have been h urt after a ride at a theme park snapped in half. The incident occurred on the Discovery pendulum ride at the Kankaria Adventure Park in Ahmedabad, India on Sunday, July 14th. The ride was filled to the maximum capacity when the…