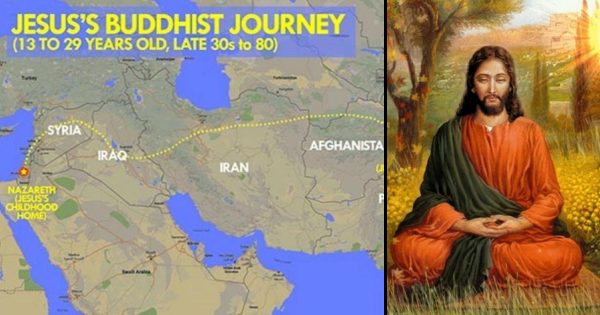 According to a BBC Documentary titled “Jesus Was A Buddhist Monk,” Jesus Christ was actually one of the most enlightened Buddhist monks, and was never crucified as told in the bible.

The documentary begins by delving into the records of the death of Jesus, and question whether it actually happened as told in the bible. It is then suggested that the Knights templar could have found the bones of Jesus in Jerusalem during the crusades. However, it is suspected that perhaps they hid this knowledge out of fear of being labeled as heretics, which ultimately happened to them anyway for different reasons.

The documentary highlights the research of Nicolas Notovitch, who traveled through India, Tibet, and Afghanistan over 100 years ago and spent time at numerous monasteries. In one of the monasteries that he visited, he found an ancient document about the story of Jesus that he was able to translate. These documents ultimately inspired centuries of research into what could have happened to Jesus after the crucifixion if he was able to survive as a mortal. 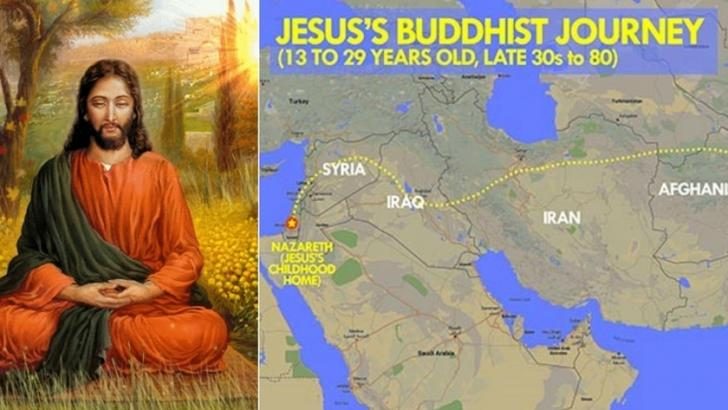 One theory is that Jesus fled the Roman empire and went east towards India, where many other spiritual movements were happening at the time. This makes sense considering that Buddhism was a well estabilished religion in the east by the time that Jesus was said to have been born.

This theory even correlates the “three wise men of the east” who said in the bible to visit Jesus upon his birth. It is a part of the Buddhist tradition for wise men to meditate and consult the stars whenever a holy man dies. In their mediations, they learn which newborn child the holy person’s soul has been placed reincarnated into. The wise men then travel and make pilgrimages out to wherever this holy child may be. Many researchers speculate that this could be connected to the three wise men’s story.

Expounding on this theory, if it is true, Jesus could have been taken to the east and trained in the arts of meditation and sacred practices, which could be why there is no account of where he was during his teenage years.

It is important to note that these are just theories that are supported by circumstantial evidence. No one knows for sure what actually happened in the origin stories that we have for any of the major religions today, and this goes for the story of Jesus as well. In fact, there are numerous different theories about what could have happened to Jesus in the years that he wasn’t accounted for in the bible.

The idea that he was a Buddhist monk is certainly one of the most interesting. It also ties the religions together in a way that people in modern times rarely consider. Most of the major religions in the world formed around the same time and in the same part of the world, yet today, we see them as entirely different entities. In reality, they are many of the same ideas just through a slightly different cultural lens.