We live in a time where the world’s most recognizable people are celebrities: thanks to the media these are the people plastered on every television, movie, and magazine cover.

Being a banker is difficult due the public’s overwhelming negative attitude towards banking, but even more so with celebrities who are constantly being exposed to the public. Before the media got into full swing with celebrity exposure, there was one family that was still recognizable: the Rothschild family.

A lot can be said for the Rothschild family: they had an impossible amount of money and power across the world, and were influential in how some of the most important moments in the last two centuries played out.

For today’s society, it’s hard to know too much about the Rothschild family since they are so secretive, and that they don’t appear to have the same influence over world affairs as they once did after a spread of wealth. Heck, some people still think that they are lizard people of the New World Order that are using us all as puppets, and flying black helicopters over our houses.

Basically, people just know that they were very rich, and were based out of Europe. There are some interesting facts about the family that you should know about as well. They include everything from secret societies, wars, incest, and just about everything else you would expect from a dysfunctional family, not a wealthy one. Here are 10 dark secrets from the wealthiest family in world history: the Rothschild. 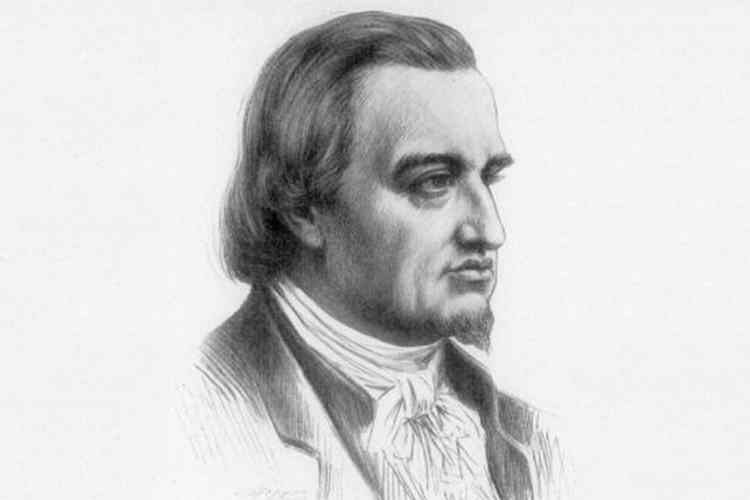 When your family has a lot more money than people know what to do with, and just as much power, it can be tempting to not want to have that compromised by outside families marrying their way in. The way that the Rothschild family kept out some of the people that were only after their money: was by marrying each other. As weird as it sounds, it was at least a good financial strategy.

The entire incestual movement was spearheaded by the founder of the family: Mayer Amschel Rothschild. He set the whole line up so that the female members of the Rothschild family were very limited in their marriage options when it came to getting their inheritance. The only way to make absolutely sure that they would be getting money in the future was by marrying their cousins.

#9 – Some Were Very Power Hungry 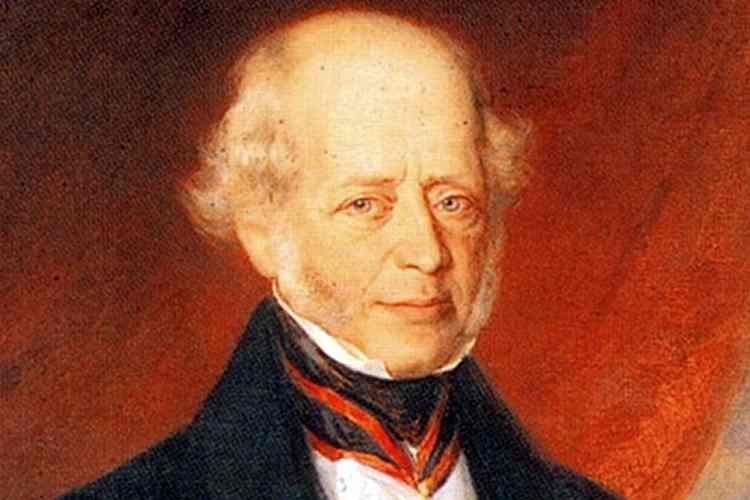 Money can be the root of all evil, and it can also make someone a bit power hungry if they aren’t careful. A lot of the members of the Rothschild family were thought to have a huge interest on the power of their country, and considered themselves to be even above the laws and lawmakers. Amschel Rothschild is claimed to have once said: “Give me control of the economics of a country; and I care not who makes her laws.”

What that essentially boils down to, is that they believed that they could set their own rules as long as they had enough money. And as you could probably tell: a lot of them did have enough money to set themselves above kings, queens, presidents, prime ministers, and whatever type of ruler each country had. It was an impressive collection of power that the Rothschild owned.

#8 – They Dictated The Price Of Gold 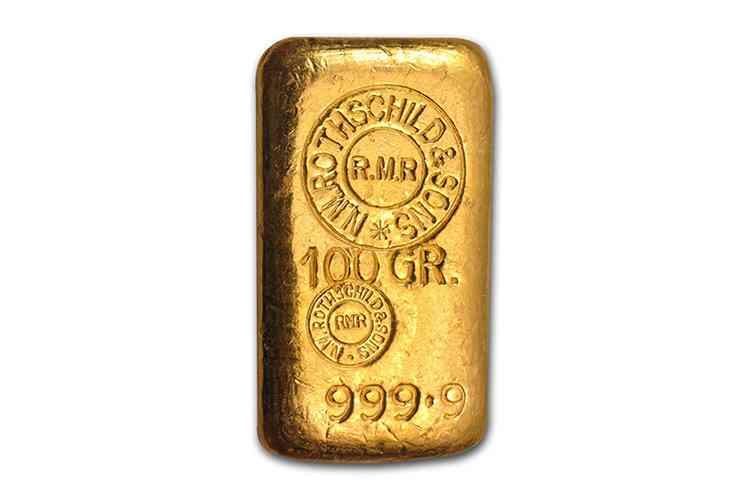 This gave the Rothschild family and their colleagues a lot of power over the people that held onto gold as their most valuable asset, and a lot of people are still doing it today. For that long span between 1919 and 2004, the meetings were held each day at the N M Rothschild and Sons offices. There have been several allegations of corruption in the time that they were still fixing the price, and after it.

#7 – And The US Federal Reserve 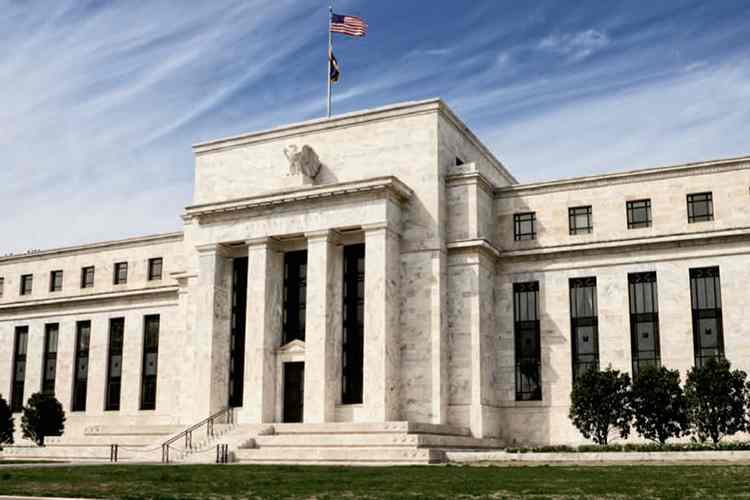 The Federal Reserve System is a bank that is privately owned, and is where the United States keeps most of its money. One of the major US Federal Reserve banks is located in New York City, and is owned by those outside of the country. It is widely believed that both the Rothschild family, and Rockefeller family both had a major say in the US Federal Reserve.

Now, the extent of their interest in the Federal Reserve has been massively debated. Some claim that there was no interest at all, but others believe that the Rothschild family had just as much power in America as they did in many of the European countries, and that owning all of the major banks was a secret that the Rothschild family could keep. The full amount of American money was never disclosed.

#6 – Many Are Believed To Be Satanists 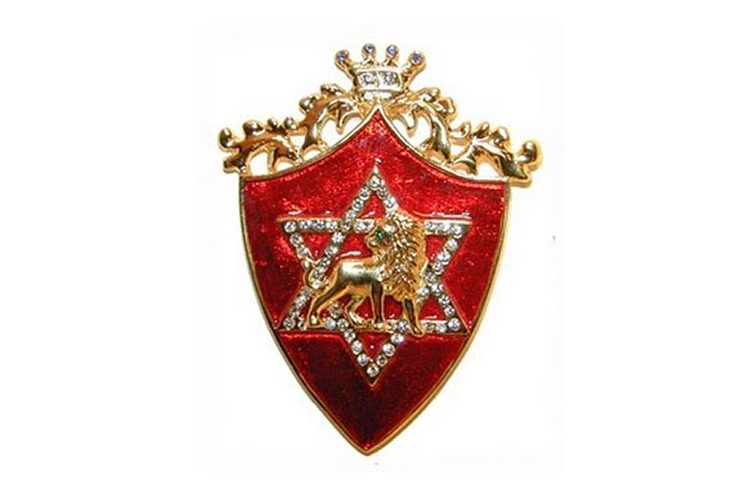 Here is another secret that will be debated until the end of time: many of the witnesses that entered their home claim that the Rothschild family were filled with Satan worshippers. According to these same witnesses, the Rothschild family would set a spot at the table for the Dark Lord himself, and that nobody was allowed to sit in it. This one has been hard to confirm, but the reports have been numerous.

To add a little more intrigue to the situation, some of the family members would sign their name on documents with the Seal of Solomon. Although the seal is mainly regarded as a symbol of the Jewish people, it was not the official symbol at the time. Instead it was seen as a largely unused symbol that was used only by magicians, and Satanists in previous years. That is another debate that will still rage on.

#5 – They Had Ties To Secret Societies 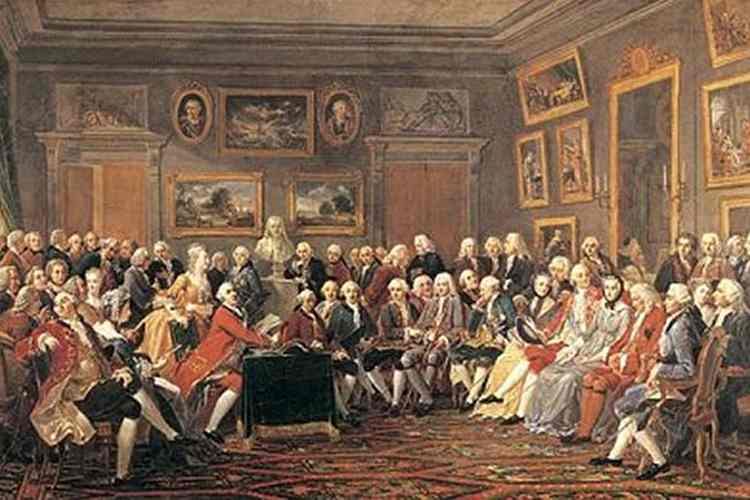 You have heard many conspiracy theorists talk about secret societies like the Illuminati and the Freemasons, but most of that talk started with the Rothschild family. Either they are completely embracing the rumors and cracking fun at the situation, or they truly do have some interest in the secret underworld and its finances. Because there are those that will always try to expose the members in the supposed Illuminati, there are a lot of clues that were uncovered.

One interesting clue that might suggest that the Rothschild family really is invested into secret societies: is stemming from World War I. Since the Rothschild family was present for the treaty that was signed at the end, people reported that a part of the treaty included them taking over the Bavarian Illuminati that was founded in 1776. Since the society is secret, you may never find out the details.

#4 – They Have Bankrolled Many Major Wars 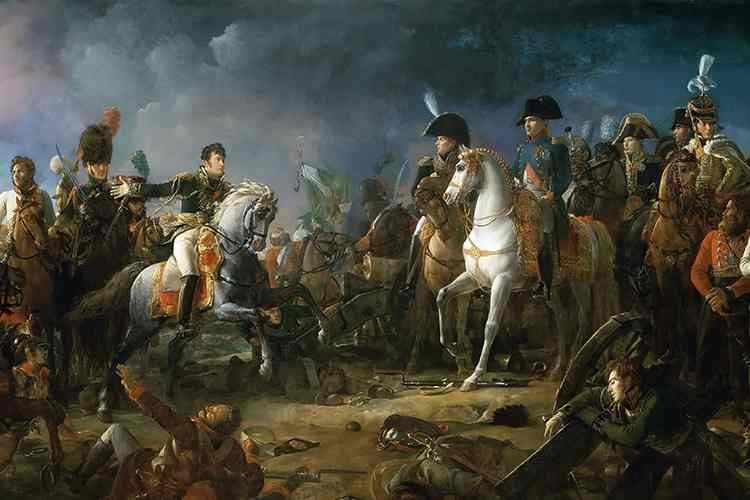 Since the Rothschild family controlled reportedly half of the money in the world, they were the ones that were able to fund most of the major wars that have happened over the past 200 or so years. The Rothschild family has funded everything from the Napoleonic Wars to the World Wars of the 20th century. By loaning money to governments instead of individuals, it has been able to make them the most powerful family in the history of the world.

At the end of each war, the Rothschild family started to see dollar signs when the loans started coming back, and more money was needed by other countries for their rebuilding efforts. When the banks were all decimated because of the war, there was only one place to turn, and that was the Rothschild. Perhaps this is why they considered themselves to be above the law in most countries.

#3 – They Had Very Strange Parties 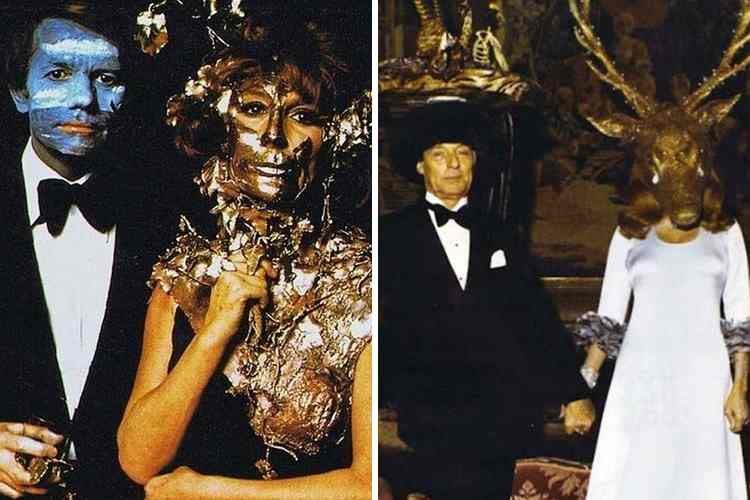 One thing that doesn’t help the Illuminati rumors in the slightest: are the odd parties that the Rothschild family has held. The most notable, and telling, one that there are photographs from was back in 1972. Just to get it started: the invitations were sent in reverse so that you needed a mirror to see what was written on the invitation, and when you arrived at the building the lights out front were completely red.

A lot of these parties involved some very odd choices in style that included: wearing animal style heads, and masks with multiple faces. The photos of the party seemed like it was something straight out of a Lady Gaga video, if that gives you any clue on how weird it really was. They also had a strange fascination with birdcages, but that’s perhaps because Salvador Dali was a family friend. 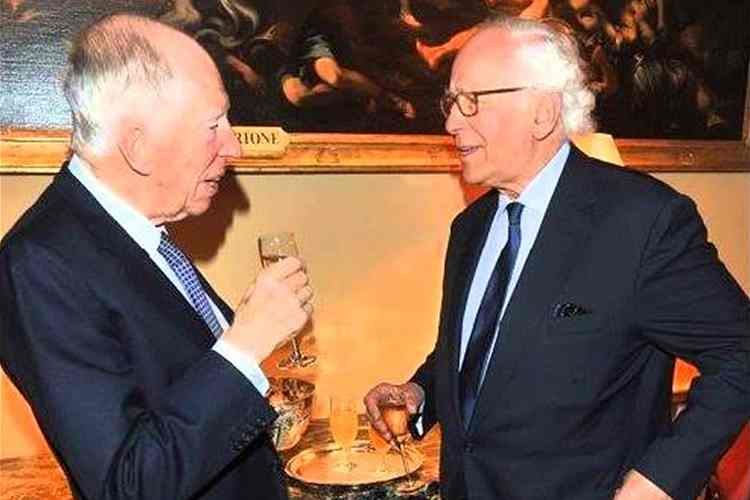 The Rothschild family is, without a doubt, the richest family in the history of the world. It is strange to not see any of their names listed on Forbes each year in terms of the richest individuals, but as a family, they are still rich. The family has claimed that through assets they have a net worth estimated to be at about $350 billion. The reason for this being that spreading the bloodline away from incest has caused some deluding in the assets.

However, there are many that still estimate that the Rothschild family is still the world’s leader, with over $1 trillion in net worth. That’s because for some, it is hard to believe that a family who has someone that is worth $50 billion (Jacob Rothschild) and $20 billion (Sir Evelyn De Rothschild) can only be worth that $350 billion when all of them are added up. 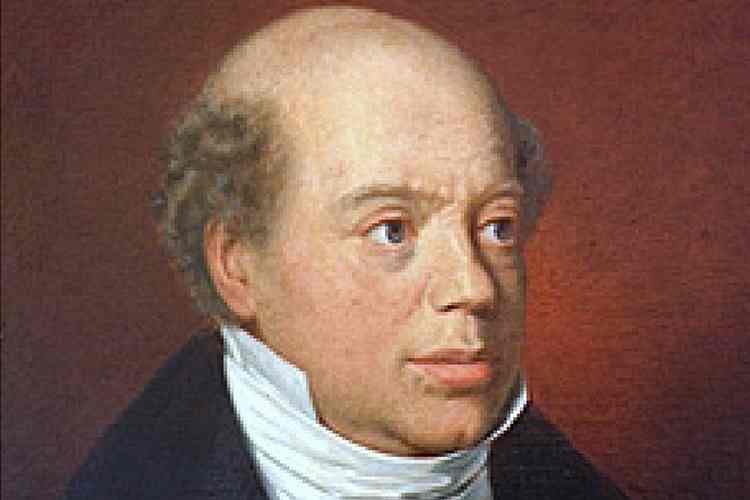 Perhaps something that nobody would be able to get away with now, Nathan Rothschild essentially owned all of England’s finances after the Battle of Waterloo. Since he had connections, Nathan was able to get word before anybody else that the Battle of Waterloo was not a lost cause. Everyone else, on the other hand, considered it to be a loss that would devastate the country.

From there it’s believed that Nathan went directly to the London Stock Exchange, and sold all of his bonds in the British government. When seen doing so, everyone else in the building did the same thing, causing the price to drop to almost nothing. When the prices were at a new low, Nathan bought back all of his bonds, as well as everyone else that sold theirs in a way of getting even more power.

Raising awareness of the potential dangers of certain chemicals in household products, recently a young woman in France suffered from a horrific allergic reaction to some hair dye, and her head became swollen to the point of becoming nearly twice its normal size. Paris native Estelle, 19 years old, reportedly started to feel something very…

Above is a a picture of Hillary Clinton and Laurence Rockefeller. As most of you probably already know, Hillary is a former Secretary of State for the Obama administration and currently a 2016 presidential candidate. She is also a longtime politician. Laurence Rockefeller was the fourth child of John D. Rockefeller Jr., from the well-known…