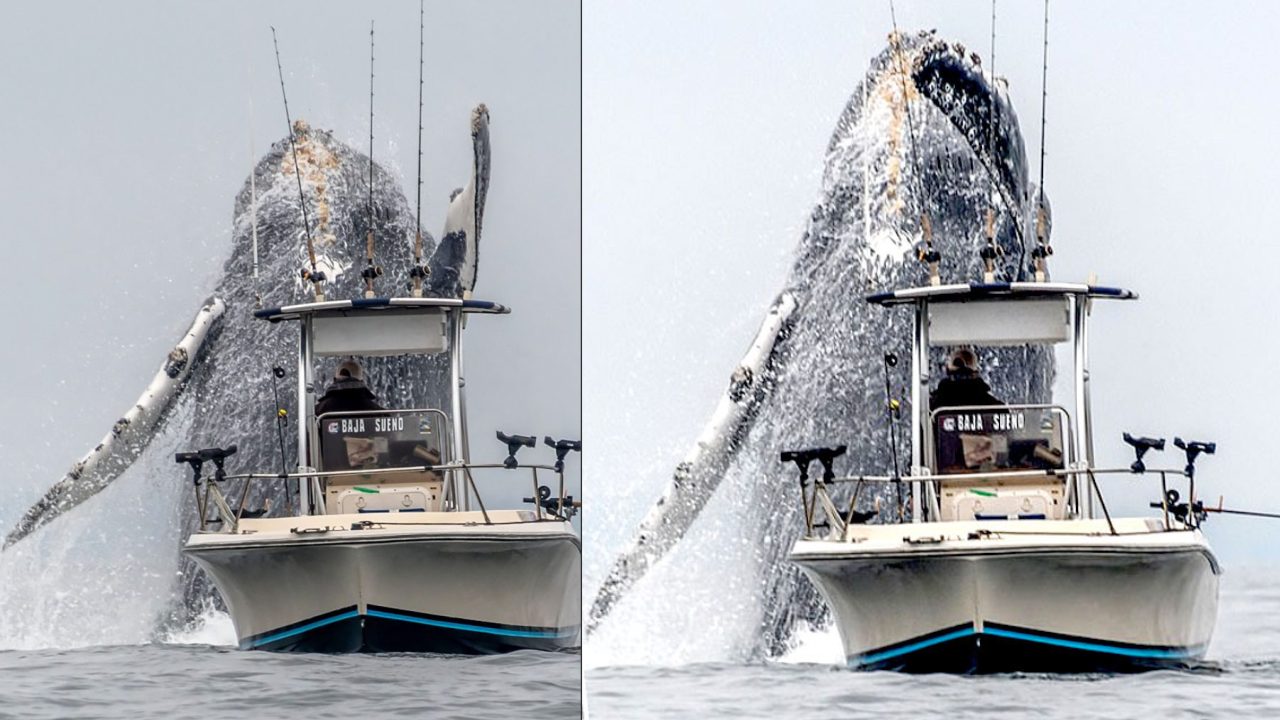 A massive humpback whale was seen jumping out of the sea and narrowly missing a fishing boat. Luckily, someone nearby was able to take some video footage of the incredible moment, which looked like a planned action scene in a movie. 60 year old Douglas Croft, and fellow whale watcher Kate Cummings were able to have their cameras ready in time to record the once in a lifetime scene.

In the photo, a fisherman is seen looking at the huge whale as it towers over him and his boat. The footage was taken just off the coast of California in Monterey Bay, which is a popular destination for whale watchers.

Douglas Croft, who managed to capture the moment, said that he was prepared for the whale to breach the water because it had already done so numerous times before he took his camera out. 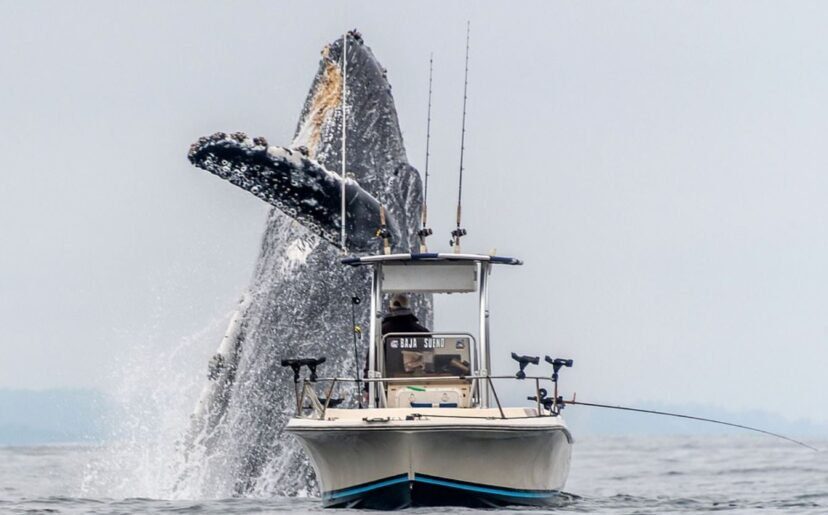 “It was quite exciting! Salmon season coincides with the time when humpbacks are returning to Monterey Bay to feed for the summer and there were hundreds of boats on the bay fishing. This whale had breached a couple of times before this and many times they’ll just keep doing it. I went below deck to shoot from a porthole close to the water line. That’s what gives this amazing perspective of looking up at the whale,” Croft said, according to the Independent.

“That the breach was directly behind the fishing boat really shows the size. Since the boat is closer, it should look bigger, but the whale is huge! If I’d been the fisherman, I’d probably need some new underwear,” Croft added.

Humpback whales typically migrate up to 25,000 km (16,000 mi) each year, and this specific region is a migration hotspot.

Humpback whales are well known for their singing abilities. All North Atlantic humpbacks sing the same song, while those of the North Pacific sing a different song. Each population’s song changes slowly over a period of years without repeating.

Ms. Cummings, who was also there to witness the incredible sight also had a similar experience. Luckily, the whale jumped out of the water one last time so onlookers could get the shot.

“It was fun capturing this video. The whale had already breached multiple times much further away from the fisherman. But sometimes when whales breach multiple times, they’re also heading a specific direction when they’re underwater building momentum for the next breach. I figured the next breach would be around the fisherman because the whale was heading that way and sure enough! Though I didn’t expect the whale and the boat to line up so perfectly,” Cummings said.

Last month, a humpback whale washed up dead on a Scottish beach, entangled in fishing gear. The plastic and fishing nets in the ocean are one of the greatest threats to the humpback whale. Since the species were granted protected status in the mid 1960s, their populations have slowly begun to rise. It is estimated that there are now roughly 80,000 humpback whales living in the wild. 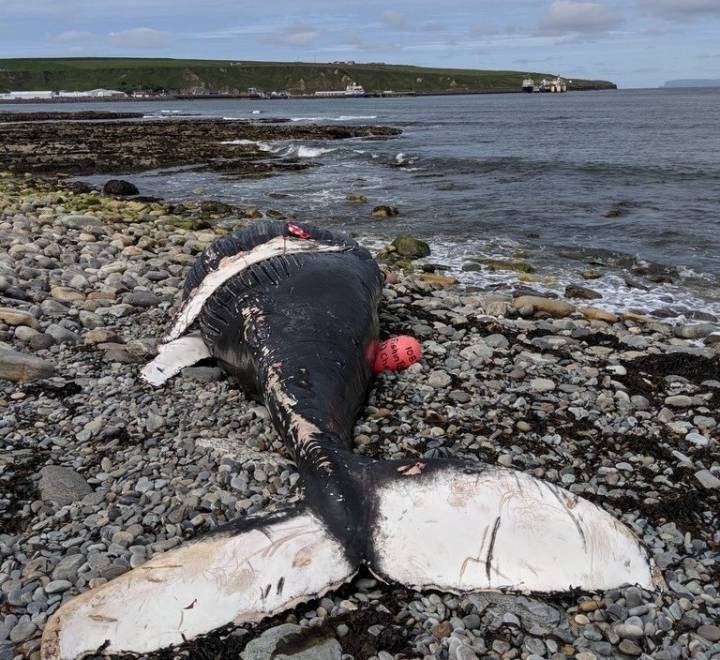 One of the wildest stories featuring humpback whales from this past year is the strange story of a whale that ended up miles from the ocean, in the middle of the Amazon rainforest.

The massive whale was found on the island of Marajo, which is located at the mouth of the Amazon River. Some researchers suggest that the whale was thrown onshore during a storm, but this explanation would take a number of odd circumstances, considering that these types of creatures rarely swim close to the coast.

Whales are incredibly intelligent creatures. Last month we reported on the miraculous story of a beluga whale that returned a tourist’s cellphone after they dropped it into the water. The whale is suspected to have special training from the Russian government and reportedly escaped from captivity.

Earlier this year, a man was swallowed and then spit out by a Beluga whale. 51 year old South Africa citizen Rainer Schimpf, who is a diver and photographer was swallowed by a whale while he was shooting footage of a sardine run off the coast near Port Elizabeth Harbor in South Africa.

Not surprisingly and like with Ebola virus that the US CDC had a patent for years ago, Zika virus (ATCC® VR-84™) was patented in 1947 by the Rockefeller Foundation! Sources: http://www.lgcstandards-atcc.org/… Zika virus research and its spread by mosquitoes has been found by Bill Gates – Oxford Insect Technologies, a British biotech company, has developed…

In addition to the photos that were released of the Sri Lanka Suicide bombers, ISIS has also released video showing a group of people, assumed to be the bombers, pledging allegiance to ISIS. The video shows eight jihadists stand in a circle, touch hands and pledge their loyalty to Abu Bakr al-Baghdadi, the leader of…