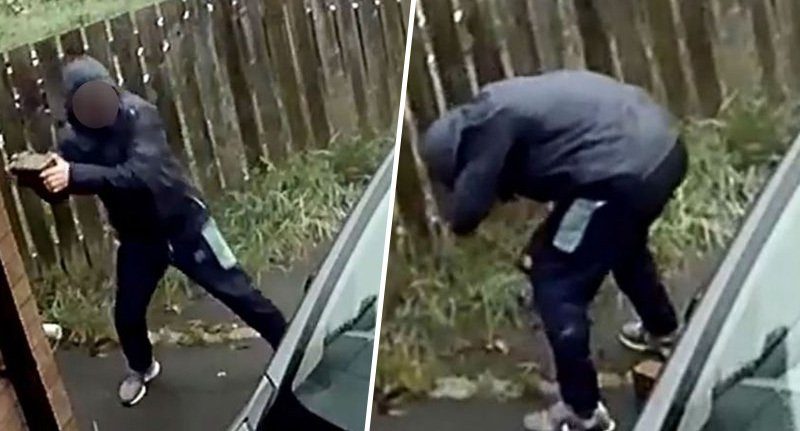 A hooded thief in Durham has made the news after he appeared on CCTV footage, attempting to break into a car using a brick. Unfortunately for the vandal, the car window was stronger than he expected and the brick bounced right back and hit him in the face, in a strange act of karma.

The footage was shared by Martin Craig, from Brandon, Durham, last week, on October 5th, which was reportedly the day after the incident took place.

The video shows a man in a hood walking by a car and sizing it up before he picked up a brick and attempted to smash out the window. 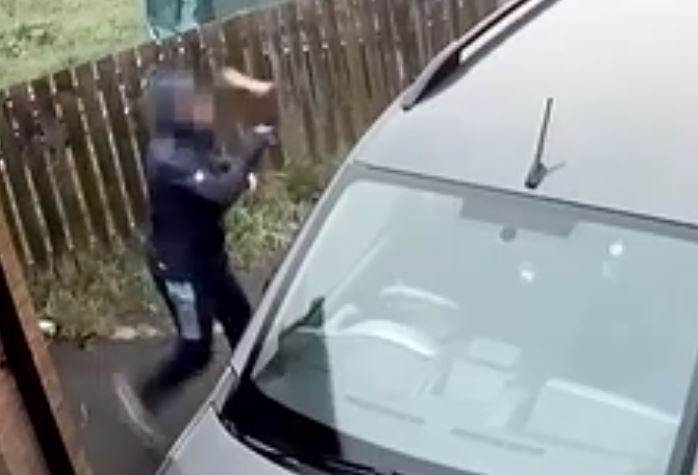 When he threw the brick at the vehicle, it bounced off and hit him in the face, causing him to stumble back in pain.

The man may have gotten a concussion because he seemed disoriented after he was struck by the brick. After regaining his compsosure, the man stagged away from the scene. 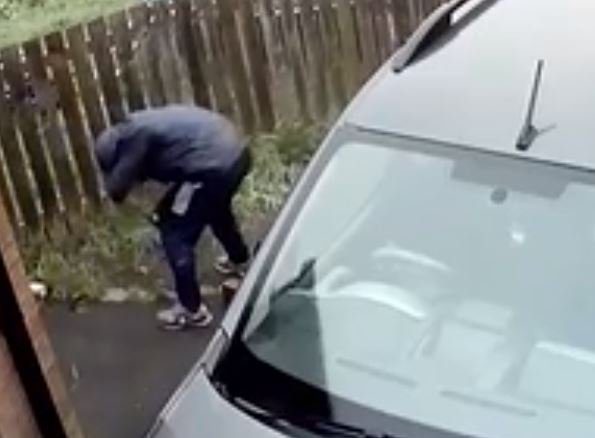 Craig, the owner of the car, had a CCTV system installed on his property, so he was able to see the whole incident take place after it happened. He said that his car only had a few small scratches. Craig says that he has no idea why his car may have been targetted but suspects that if the thief knew that he was handicapped and in a wheelchair, they may have seen him as an easy target.

According to a spokesperson for the Durham Constabulary, there were a string of other similar incidents in the area, so it is likely that this attack was not specifically targeted at Craig. Officers said that they had reports of problems on the street and were able to track down the criminal. A 40-year-old man was arrested and charged with suspicion of criminal damage to a vehicle and shoplifting and is scheduled to appear in court on November 7.

Rachel Clint, an assistant head teacher of a prestigious private school in the UK, was recently caught kissing an 18 year old student while she was drunk on a train ride after an event. The kiss was caught on camera, presumably captured by another student on their smart phone. The teacher was immediately put on…