By Amanda Froelich at trueactivist.com

It’s one of the oldest professions in the world. And though the act of selling one’s body is frowned upon in my societies, doing so is still viewed as work in areas of Bangladesh, one of the few Muslim countries where pr0stitution remains legal.

In the district of Tangail, one will find the Kandapara br0thel, which is the oldest and second largest br0thel in the country, reports The Independent. The area and its purpose have existed for the last 200 years. In 2014, however, the Kandapara br0thel was destroyed. As a result, many women didn’t know where to go. So, with the help of local NGOs, it was restarted once again.

Recently, photojournalist Sandra Hoyn traveled to the “br0thel district” and documented what life is like inside the walled city. Food stall, tea shops, and street vendors can be found in the narrow streets, and the city is said to have its own rules and hierarchies of power which differ greatly from mainstream society. One example Hoyn shared is that the women are both weak and powerful. 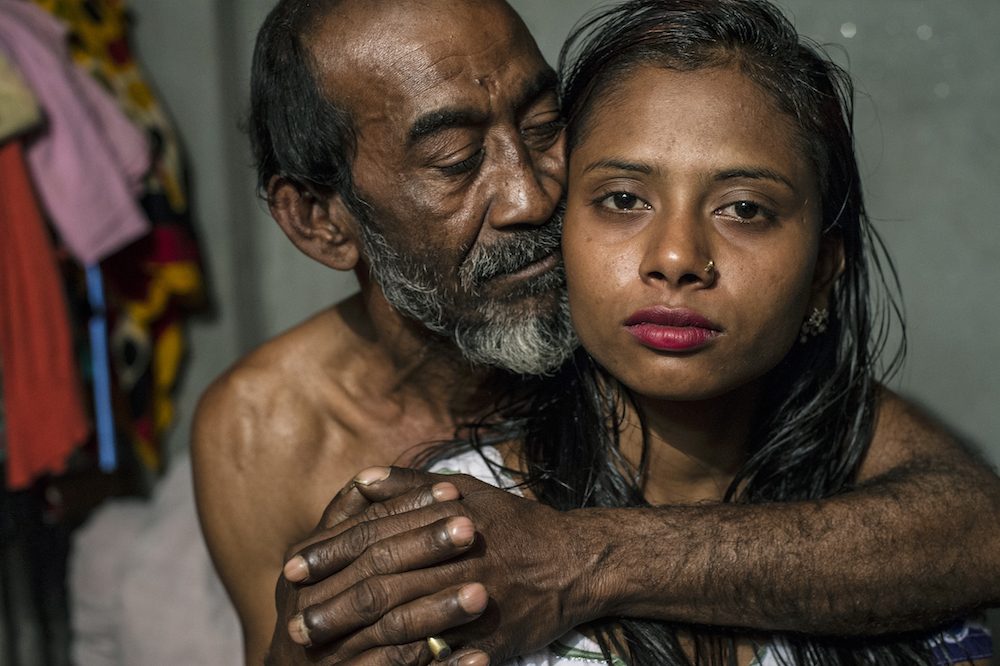 Girls who enter the industry, usually at age 12 to 14, are labeled as “bonded.” The women who work in the legal industry often come from poor families and, sometimes, may be victims of trafficking. They have no freedom or rights – they belong to a ‘madam*’. For at least the first five years (on average), a bonded girl is not allowed to go outside and receives no money for her work. When she had paid her debts, she may then become an independent sex* worker. At that point, she is allowed to refuse customers and is able to keep her own money. Because the women are socially stigmatized outside of the br0thel district, many choose to remain and continue supporting their families from afar with what is earned.

“At the beginning, it was difficult to get access to the women and customers. Some customers didn’t want to be in the photographs, especially those with a rich family. But other customers didn’t care at all about it. Some told me they want to “refresh their mind” inside the br0thel and there is nothing wrong with it, so why should they hide?”

“Some girls hide their face and didn’t want to tell their stories, others have been very open and wanted to tell about their life,” she added. 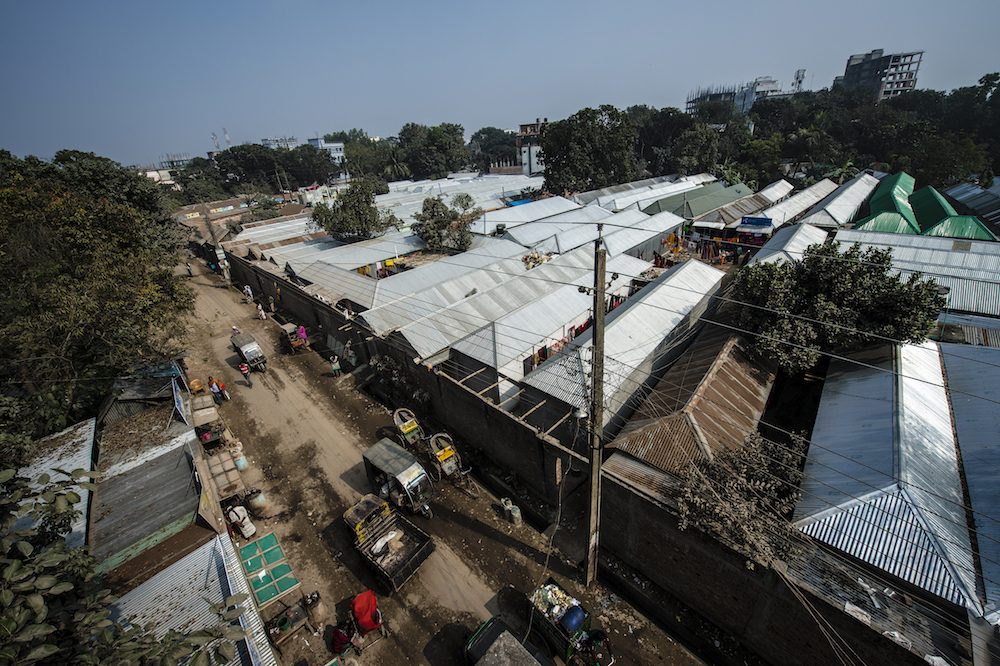 “Many women have their ‘boyfriends,’ or regular customers who pay them. I know one woman who has turned down the marriage proposals of her most faithful client because she doesn’t trust that he will let her keep her money. She’d rather maintain her independence as a sex* worker.” 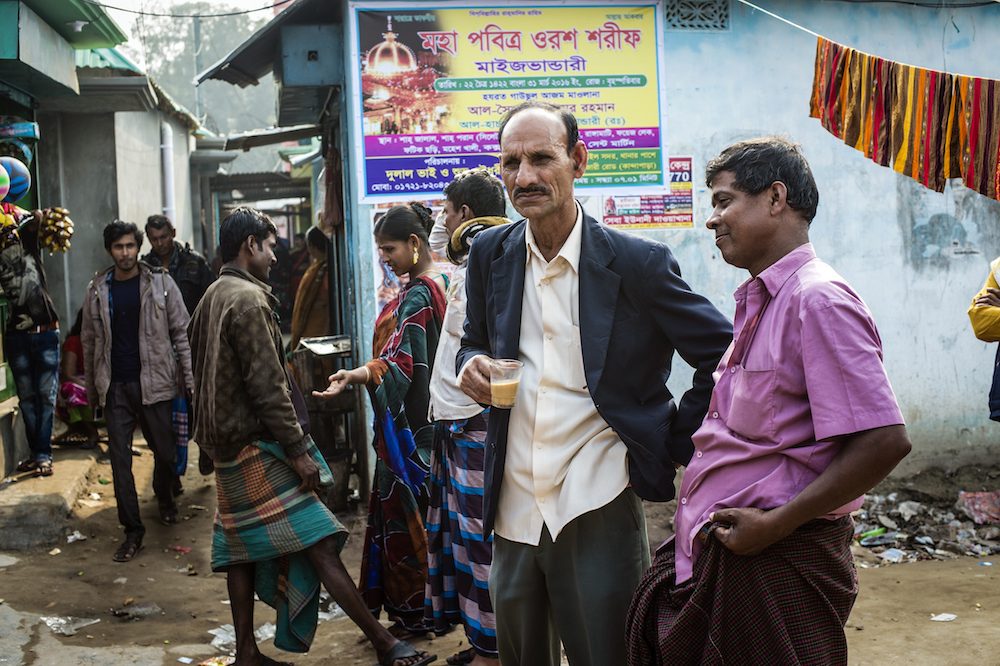 “The br0thel is like its own microcosm, it is a city in a city.” 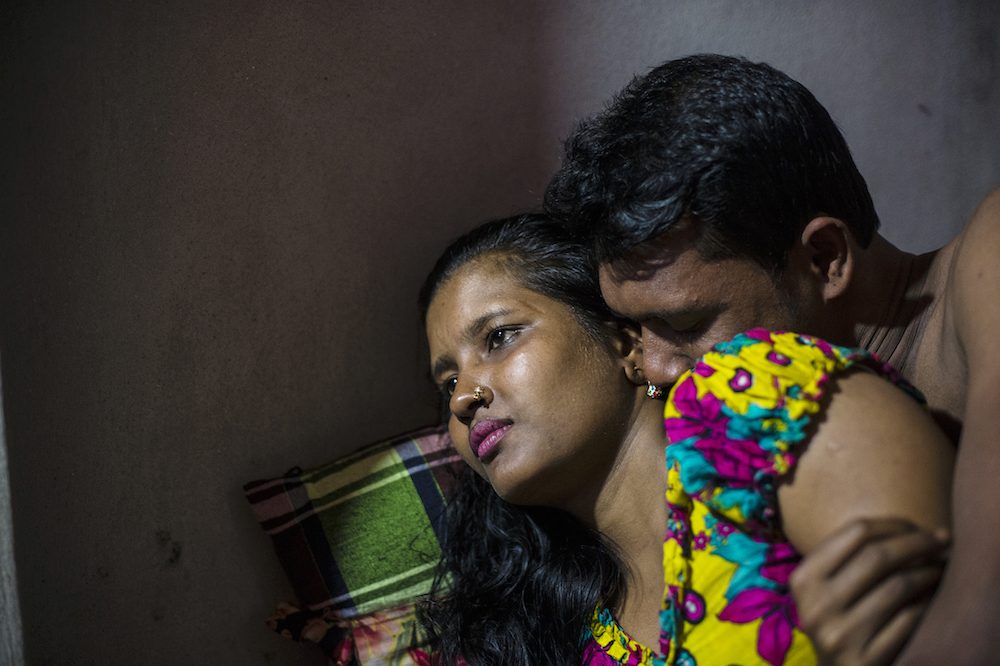 Meghla, 23, with a customer in the Kandapara br0thel in Tangail. She started working for a garment factory when she was 12 years old. There, she met a man who promised her a better job with more money. He sold her into a br0thel. Credit: Sandra Hoyn

“Officially, [sex* workers] must be 18 years old, but most of them are underage.” 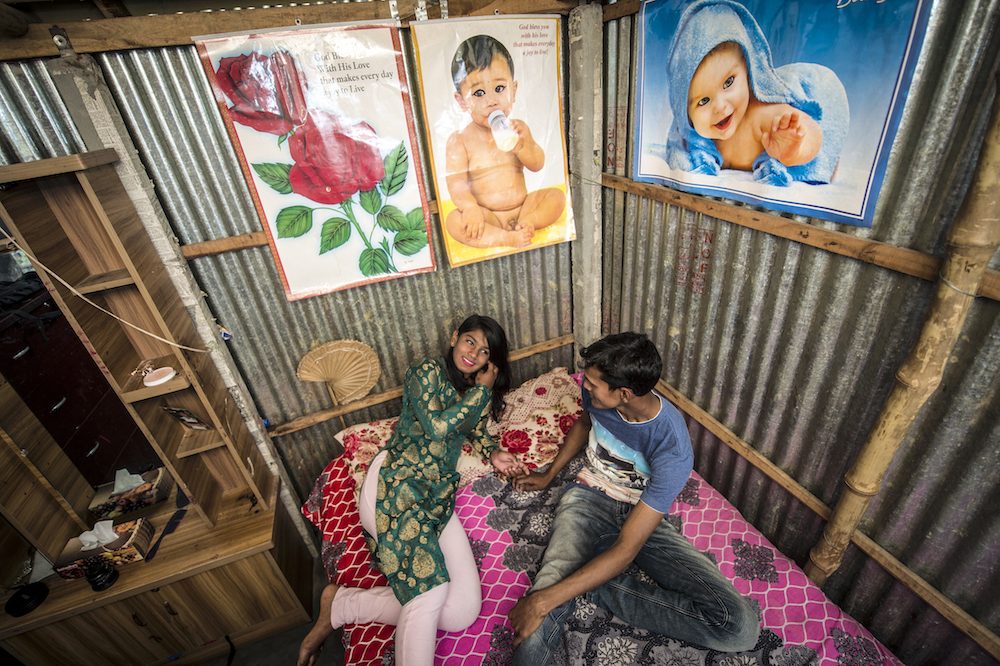 Asma, 14, with a customer. She was born in the Kandapara br0thel in Tangail. Credit: Sandra Hoyn 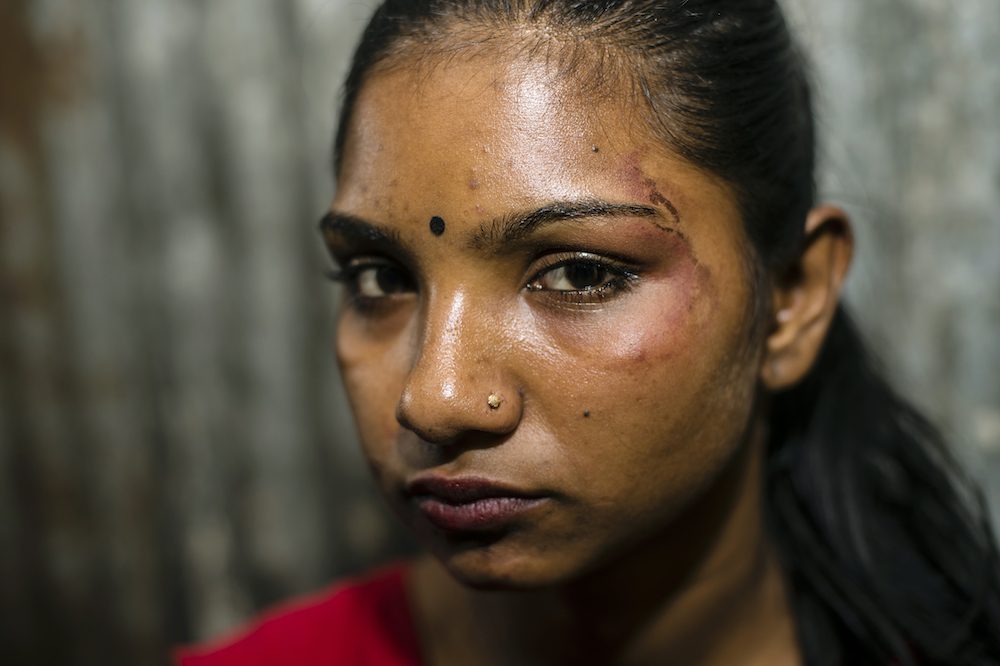 “Some of them take steroids like Oradexon, a drug used by farmers to fatten livestock, to look older and healthier.” 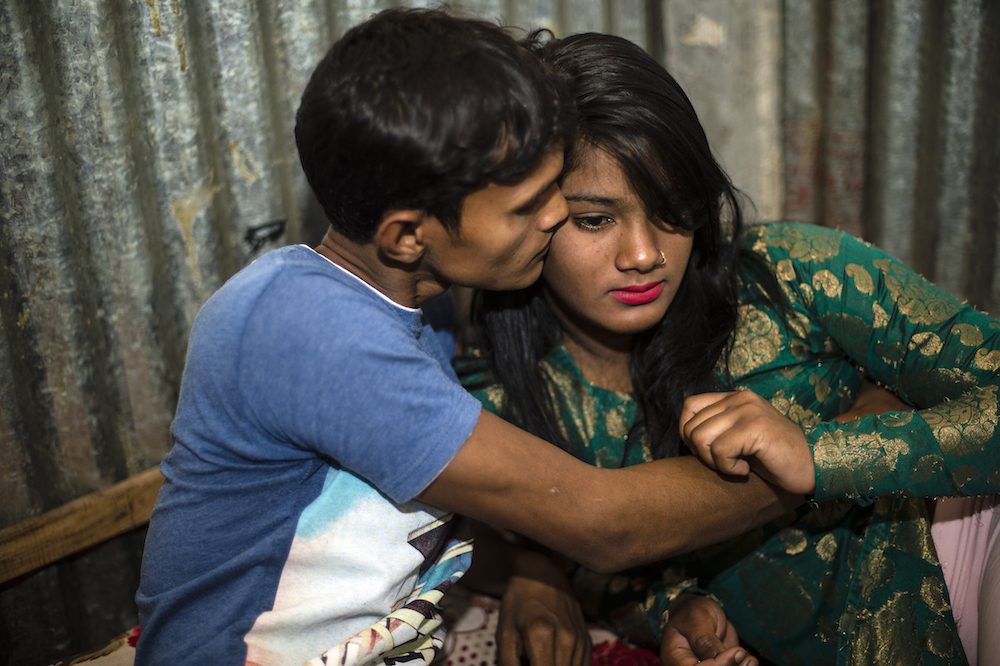 Asma stopped attending school when the students harassed her because her mother worked as a sex* worker in the br0thel. She started as a sex* worker when she was 14 years old. Before that, she danced in front of customers. Credit: Sandra Hoyn

“The most vulnerable stage is when a young sex* worker enters the br0thel at the beginning as a bonded girl, usually from 12 to 14 years.” 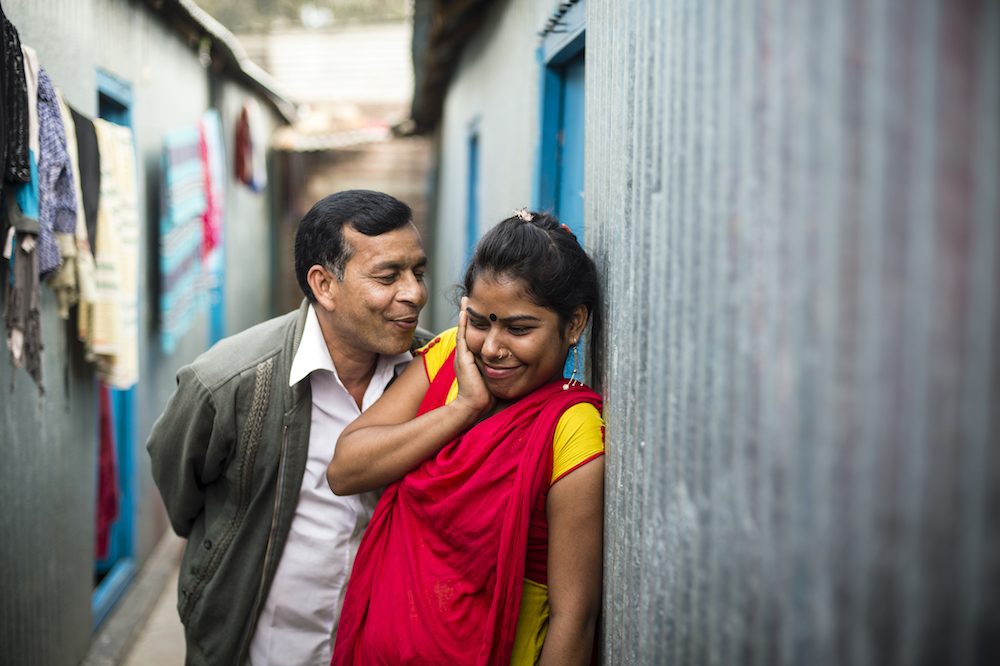 A customer tries to kiss Priya, 19, on the cheek. She began working as a sex* worker in the Kandapara br0thel at 17. Credit: Sandra Hoyn 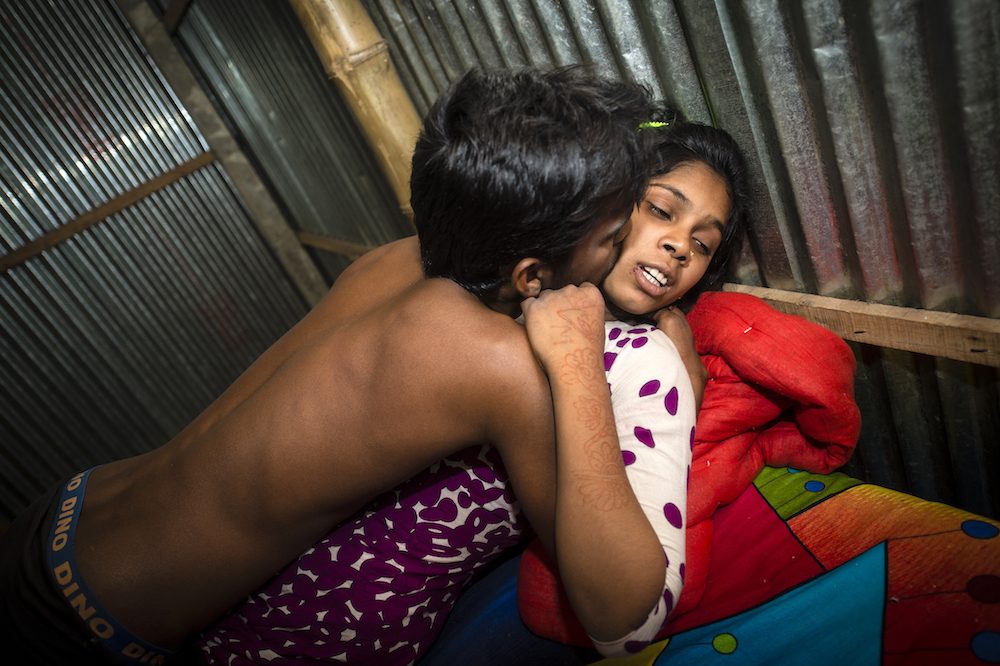 Pakhi, 15, with a customer in her room in the Kandapara br0thel. She’s lived in the br0thel since she was 14. She got married at 12 and ran away shortly after. A man picked her off the street and sold her into a br0thel. Credit: Sandra Hoyn

“Most of them have sad stories — but they are really strong, at least outwardly. I admire that they manage their lives under these circumstances and do not give up.” 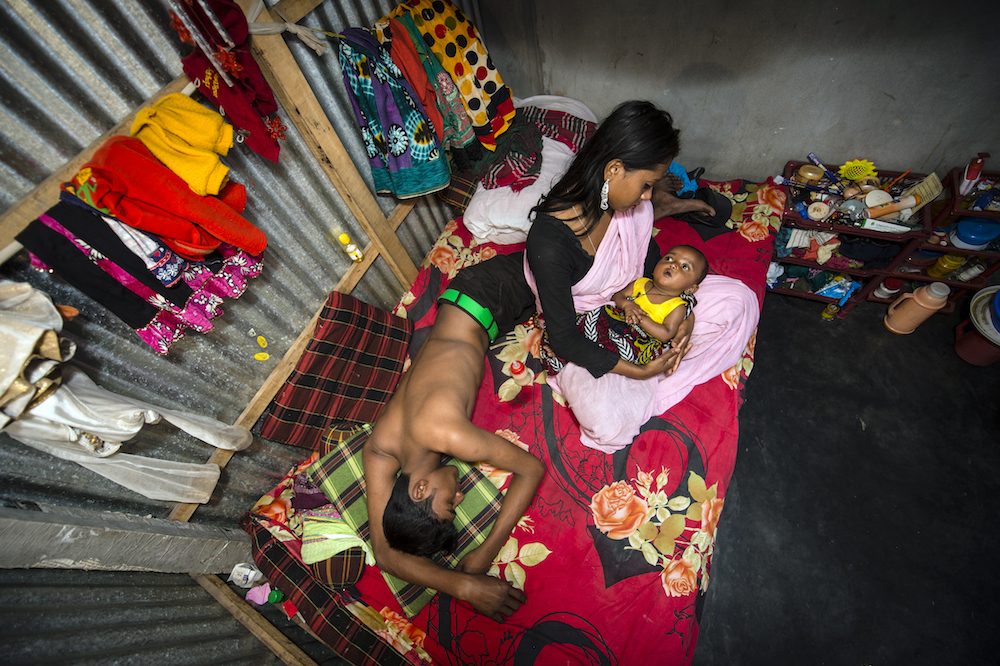 Kajol with her 6-month-old baby Mehedi and a customer on her bed. She thinks she is 17, but does not know her exact age. She was married at 9 years old. Her aunt sold her to the Kandapara br0thel. Two weeks after the birth, she was forced to have sex* again with customers. Because of the baby, her business is not so good. Credit: Sandra Hoyn 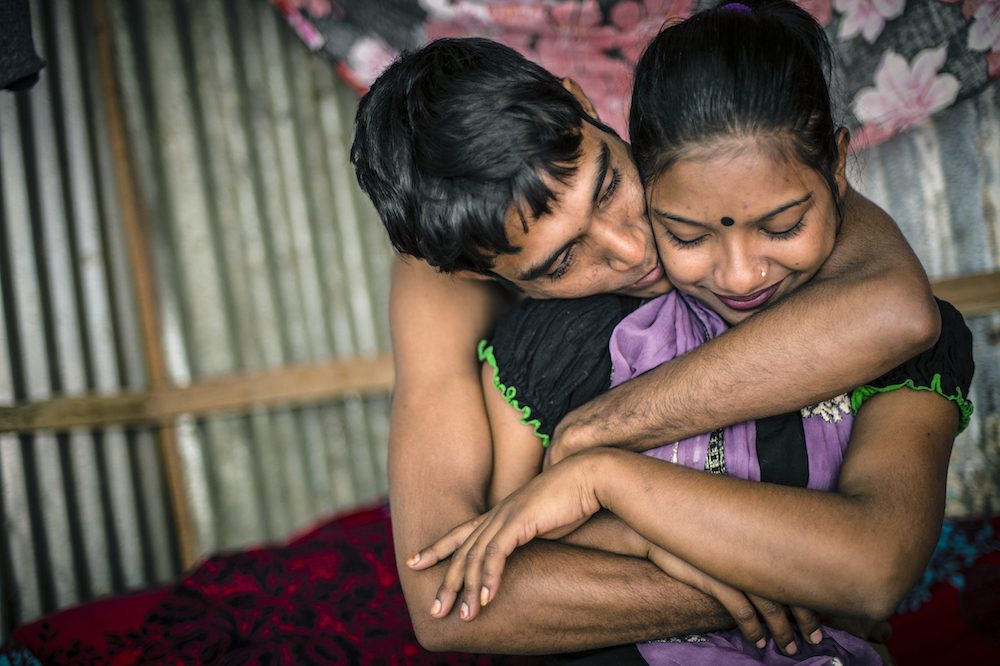 Sumaiya, 17, with her boyfriend and regular customer Titu, 23, in the Kandapara br0thel in Tangail. He is from Dhaka and visits her every month for one week. Credit: Sandra Hoyn

“They are not just survivors or victims, they are fighting and enjoying their life in their own way.” 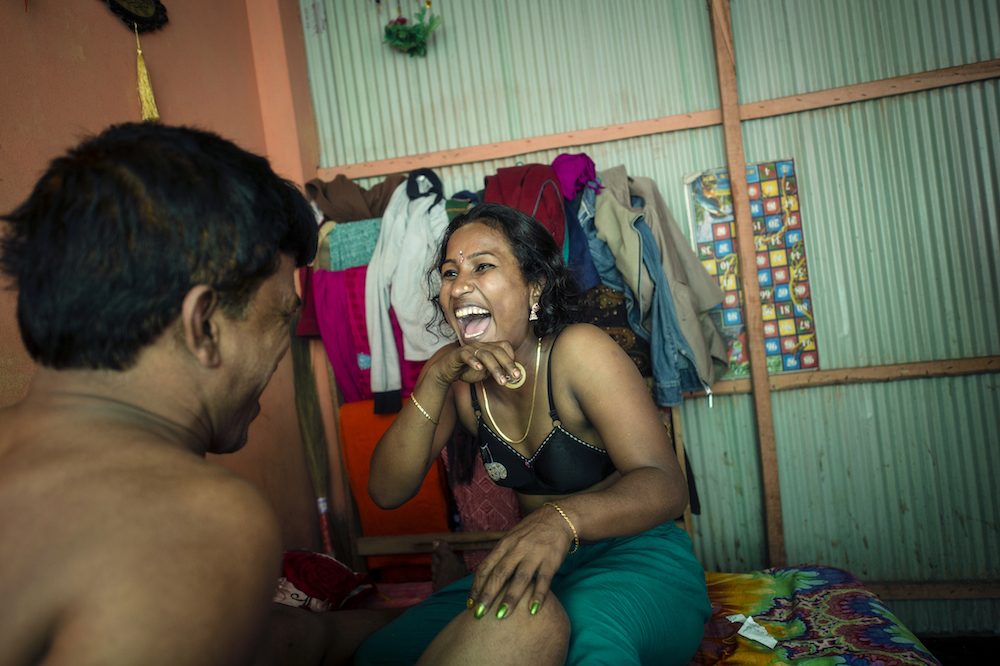 Bonna, 27, a sex*worker in the Kandapara br0thel, is laughing with a condom in her hand. When she was 7 years old, she was raped by her stepfather. She ran away from home at 10 and a man picked her off the street and sold her into a br0thel. She has two regular customers. On average, she earns 1500 Taka (19 $) per day. Credit: Sandra Hoyn 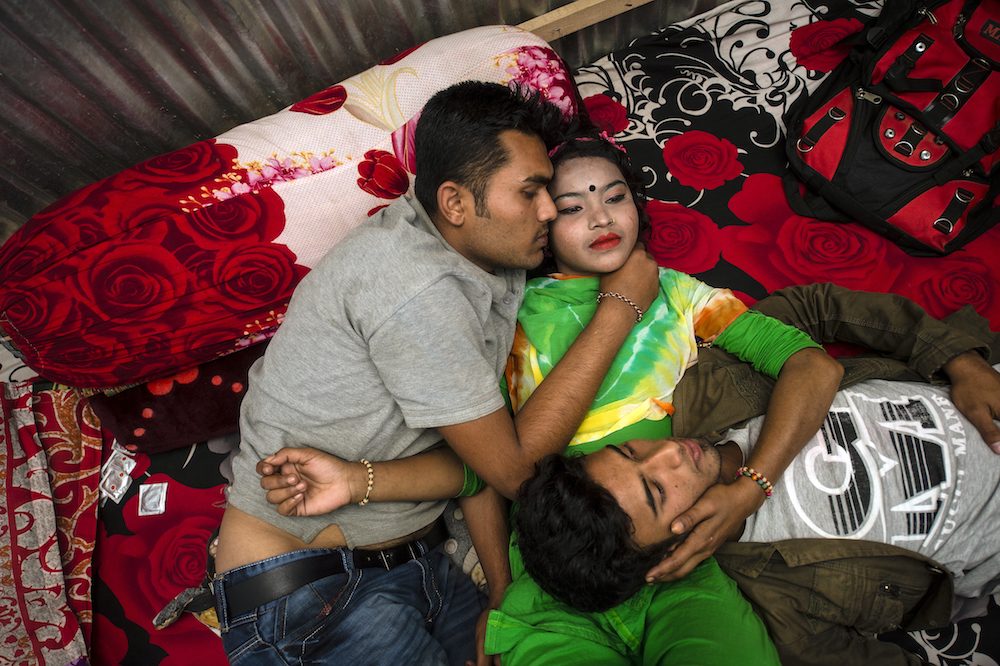 Papia, 18, with two customers on the bed in the Kandapara br0thel. Her parents died when she was a child and she was married young. She and her husband began doing heroin until she was put in jail. She says that the jail was the best place she has ever been because nobody beats her there. In the jail she got to know a woman who later brought her to the br0thel. Credit: Sandra Hoyn

“When the women have free time, they danced and laughed together.” 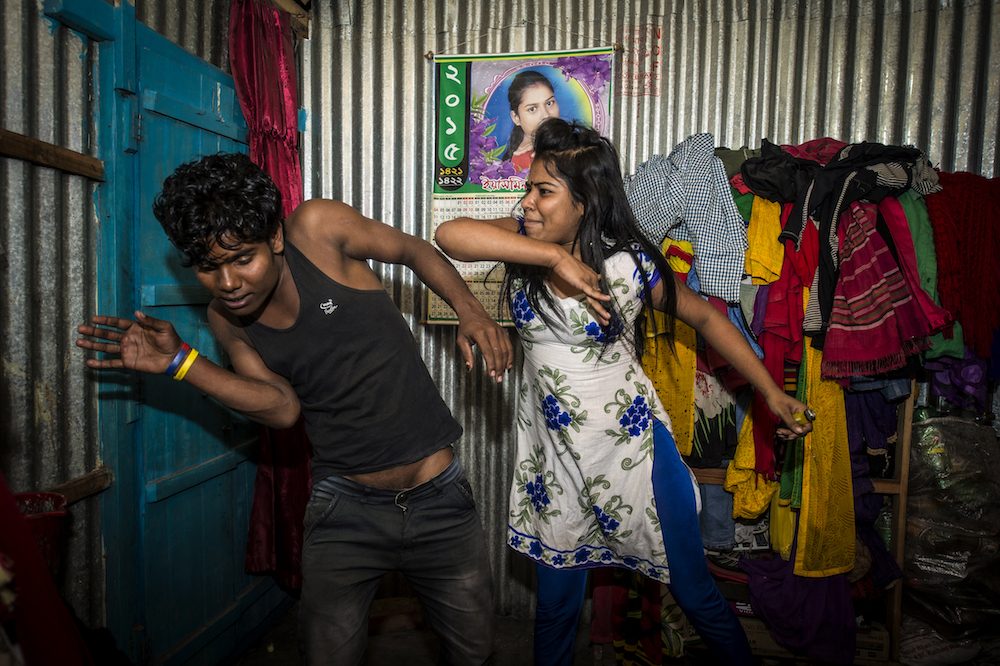 Priya, 19, is teasing a friend by trying to beat him, but not seriously. Credit: Sandra Hoyn

“They are joking with each other, kidding the customers. “ 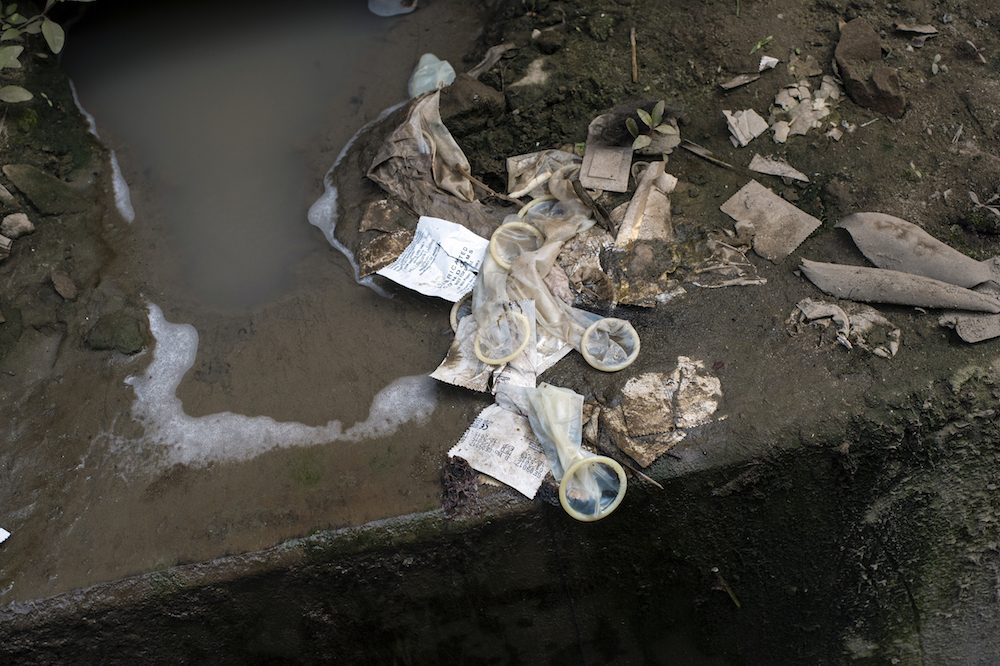 “The girls are very lively and cheerful. Often they forget their sadness. They still have dreams.” 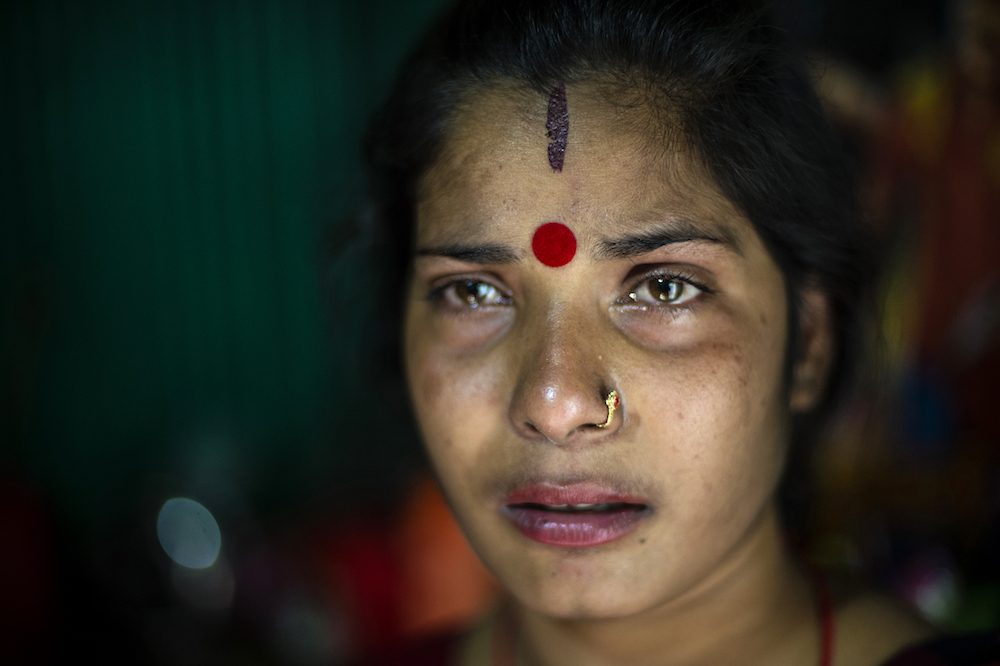 Dipa, 26 years, is crying. She is in the second month pregnant from a customer in the Kandapara br0thel in Tangail. Credit: Sandra Hoyn

Last night, the fight between Tyson Fury and Deontay Wilder ended in a draw, leaving a lot for people to talk about. However, one of the most memorable moments from the entire situation might be the brief post-fight interview the bruised and battered Tyson Fury gave to the cameras. Part of the entertainment for people,…

This article is being written with hopes that it will help this poor dog find a new home, or help the situation in some way. An absolutely heartbreaking video was recently shared by the RSPCA, CCTV footage captured that showed a sad scene in which a distressed Staffordshire bull terrier dog chased a car, jumping…

According to a shocking new study published in a scientific journal called Environment International, shrimp across the United Kingdom tested positive for cocaine and other mind altering substances. For the study, researchers tested 15 sites across five river catchments in the county of Suffolk, in July 2018, and found cocaine in nearly every sample. The…