By: Amanda Froelich via trueactivist.com

Guards are trained to shoot and kill poachers, which is why thousands of Indian one-horned rhinos are still alive in the park.

If humans fail to change their ways and adopt more sustainable habits, incredible species will go extinct. In fact, the African Elephant isn’t expected to outlast the next decade due to increased poaching activity. It’s because of this sobering reality and the increasing demand for ivory that a national park in India is shooting first and asking questions later.

The BBC reports that Kaziranga National Park has a pretty successful track record when it comes to protecting rhinoceroses from poachers. However, a controversial tactic is utilized by park rangers: shooting on sight. So far, the park has killed 50 people.

Reportedly, every individual that was killed was after rhino horn. The horn of a rhino can be sold for as much as $6,000 for 100g and because of this, is considerably more expensive than gold. The fabled ‘magical properties’ of it, however, are largely exaggerated. Rhino horn is largely composed of keratin, the same material as your fingernails. In other words, it’s not worth killing a rhino to obtain.

When the park was first founded approximately a century ago, only a handful of Indian one-horned rhinoceros were protected. Now, the park hosts more than 2,400, which is two-thirds of the world’s population. What few people are taking about, however, is that more people were shot dead by the park’s guards in 2015 than rhinos were by poachers.

While animal rights activists might consider that something to celebrate, not everyone is too keen on the number of mounting bodies – locals, especially. It’s true that all who were killed were poachers, but some locals (primarily tribal) have been injured. In one instance, a disabled boy herding cows was shot.

Regardless, the guards are trained to shoot and kill anyone who might be attempting to kill an Indian rhino for its horn. Avdesh, who works as a ranger, told The BBC:

“The instruction is whenever you see the poachers or hunters, we should start our guns and hunt them.”

Avdesh has never killed anybody in his four years patrolling but knows there will be few if any consequences if he did. 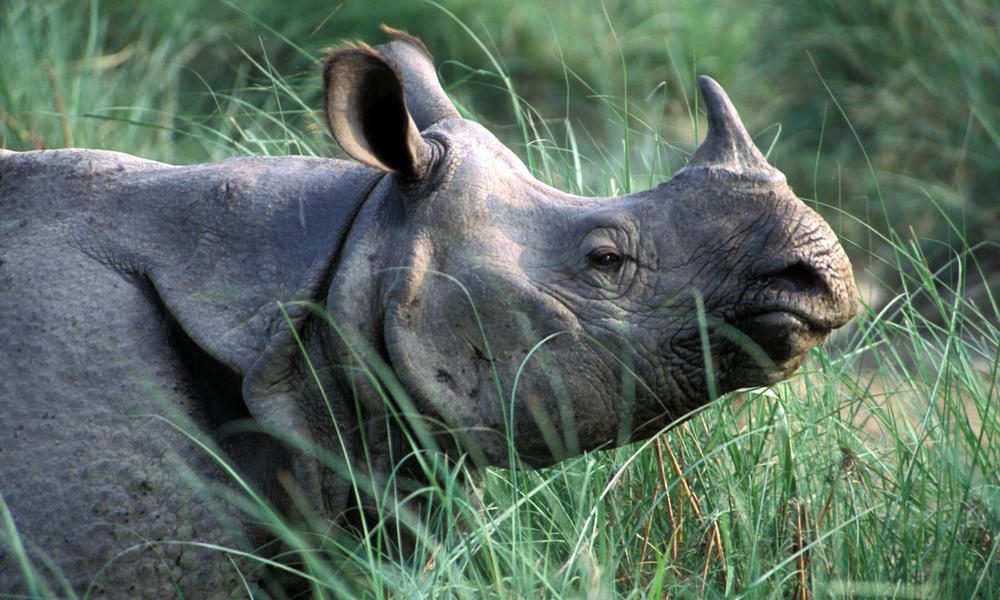 The director of the park, Dr. Satyendra Singh, says it’s so black and white. He said,

“First we warn them – who are you? But if they resort to firing we have to kill them. First we try to arrest them, so that we get the information, what are the linkages, who are others in the gang?”

By gang, he’s referring to local villagers who help men with guns from neighboring states get into the park. As many as 300 locals are involved in poaching, he believes, due to the lure of trading rhino horn.

There’s no arguing that this method of protecting the rhinos is effective, but is it going too far to preserve an endangered species? Please comment your thoughts below and share this news!

(ANTIMEDIA) — Shortly after the Obama administration began deploying American troops across Russia’s border in a number of countries, including Lithuania, some 300 U.S. Marines landed in Norway for a six-month deployment. Their Monday deployment marks the first time since World War II that foreign troops have been allowed to station in Norway. The Marines will spend…

By: Henry smith via viralthread.com Unless you’re well-acquainted with the world of financial technology, there’s a fairly good chance you wouldn’t have heard of Bitcoin. Launched in January 2009, Bitcoin is a special type of cryptocurrency, a currency that relies on cryptography; unlike most currencies that can be influenced by external factors, one of the…