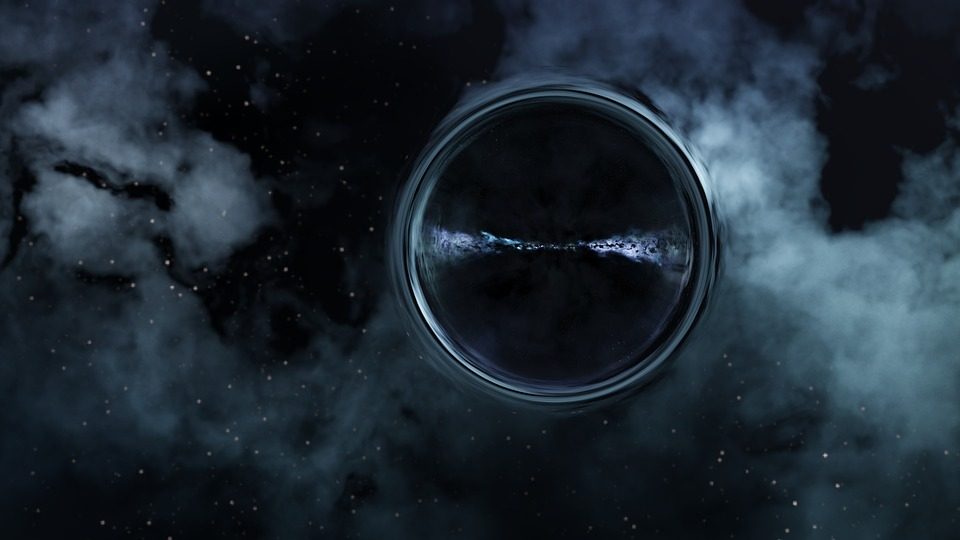 Scientists are baffled by a “dark impactor” that has been blasting holes in our galaxy. This force is not visible, and may not be made up of matter. This may be made up of some type of material that humans aren’t even familiar with. Human telescopes haven’t even been able to detect this material yet, but it is leaving a mark and that is how we know it is out there.

Ana Bonaca, a researcher at the Harvard-Smithsonian Center for Astrophysics, discovered evidence for the impactor.

“It’s a dense bullet of something,” she said, according to Live Science.

“It could be that it’s a luminous object that went away somewhere, and it’s hiding somewhere in the galaxy,” she added.

Bonaca presented her evidence to her peers for the first time on April 15, at the conference of the American Physical Society in Denver. Bonca says that whatever this mysterious force is, it is creating a series of holes in our galaxy’s longest stellar stream, GD-1. If you are not familiar with the term, stellar streams are basically rows of stars that move together across galaxies. Many times, these streams originate in smaller clusters of stars that collided with the galaxy. 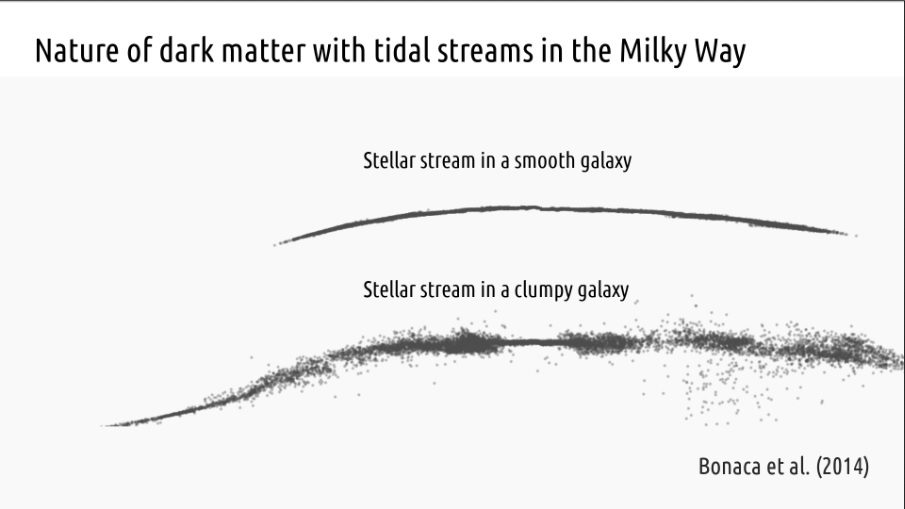 Model showing the difference between a tidal stream in a smooth galaxy and a tidal stream in a clumpy galaxy. Photo Credit: Dynamical evidence for a dark substructure in the Milky Way halo / Presented at APS April Meeting 2019 on April 15, 2019 / Ana Bonaca

Bonaca managed to make this discovery by keeping an eye on data from the Gaia mission, a European Space Agency program that maps billions of stars in our galaxy and tracks their movements across the sky. Bonaca cross referenced the information from the Gaia mission with observations from the Multi Mirror Telescope in Arizona.

In her presentation this week, Bonaca said that a normal stream should be a single line, but in the case of GD-1, there is a huge cluster of stars.

“We can’t map [the impactor] to any luminous object that we have observed. It’s much more massive than a star… Something like a million times the mass of the sun. So there are just no stars of that mass. We can rule that out. And if it were a black hole, it would be a supermassive black hole of the kind we find at the center of our own galaxy,” Bonaca told Live Science. 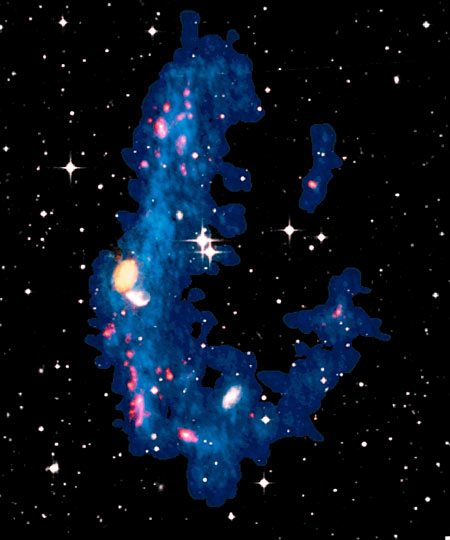 One possible theory that Bonaca pointed to was that there was some type of supermassive black hole in the galaxy. However, a black hole would likely cause many more obvious signs, such as flares or radiation. What this means is that there would be more evidence left behind if there was a supermassive black hole. Another theory that she favors more is the idea that these are clusters of dark matter, but dark matter clusters would be expected to be much smaller than what she saw.

Another complication is the fact that scientists really don’t even know what dark matter is, it is just a catch all term for matter that modern science can’t identify or detect. What this means is that what is currently described as dark matter could actually end up being hundreds or millions of different compounds that are unknown to humans.

Bonaca’s discovery is truly unprecedented. This is the first time that someone has discovered mysterious holes appearing in a galaxy, and this could lead to advancements in our understanding about space and the universe.

For many years, scientists have only had theoretical models to help them imagine what a black hole looked like. No one had ever taken a photo of this phenomenon in space before, until now. The images were captured thanks to a global network of telescopes called the Event Horizon Telescope.

France Córdova, director of the National Science Foundation pointed out that no one has actually ever seen a black hole, not even from afar with sophisticated scientific instruments.

June 4th, 5:57pm June 5th, 2:37am David CohenDavid Cohen is a long-time independent journalist and expert in geopolitics, technology and finance. Cohen began his career as an activist, and then began writing articles as a freelancer for numerous websites. Cohen is a native of Brooklyn, New York and a graduate of Cornell University. The Justice…