NASA has released a promotional video promising that the space agency will re-open their exploration of the moon. The video that was released included a fitting voice over from William Shatner, the actor who played Captain Kirk from Star Trek.

The video was simply called We Are Going, and teased the upcoming missions that have recently been funded by NASA.

This will be the first time that we have visited the moon since the last Apollo mission in 1972.

“Our charge is to go quickly, and to stay, to press our collective efforts forward with a fervor that will see us return to the moon in a manner that is wholly different than 50 years ago,” Shatner says in the video.

This video comes just days after NASA was given a new budget amendment which granted them an additional $1.6 billion for the fiscal year of 2020, this is in addition to the $21 billion already allocated to the space agency.

“Under my Administration, we are restoring @NASA to greatness and we are going back to the moon, then Mars. I am updating my budget to include an additional $1.6 billion so that we can return to space in a BIG WAY!” President Trump said on Twitter earlier this week.

However, Congress still needs to sign off on the budget change.

“This additional investment, I want to be clear, is a down payment on NASA’s effort to land humans on the moon by 2024. In the coming years, we will need additional funds, but this is a good amount that gets us out of the gate in a very strong fashion and sets us up for success in the future,” Bridenstine said.

The extra money is expected to contribute to a mission that aims to send astronauts to the lunar south pole in 2024.

The idea of sending a mission to the south pole region of the moon is unprecedented because it is covered in ice which makes the journey much more dangerous for the astronauts. However, it is said that this area is rich in valuable natural resources, which has made it a target for exploration. 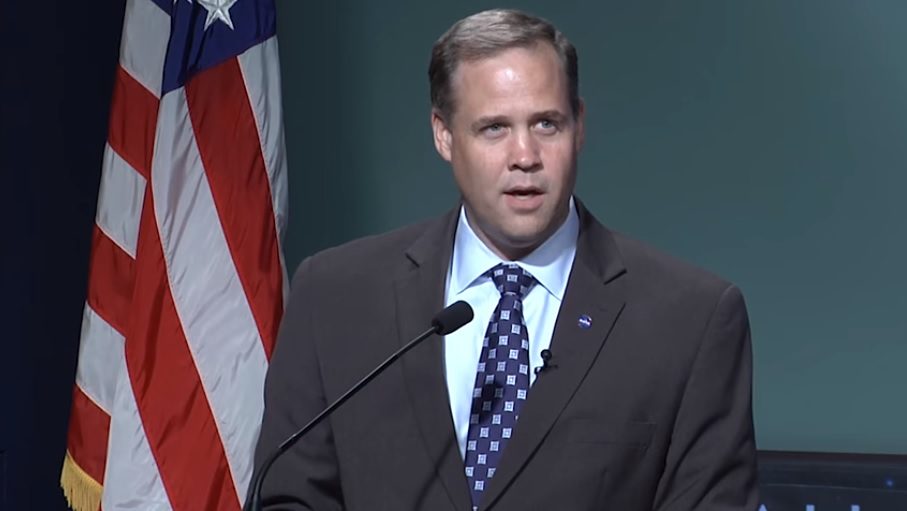 Steven Clarke, deputy associate administrator of the Science Mission Directorate at NASA Headquarters in Washington, says that the new missions would explore regions of the moon that humans have not yet been to.

“We know the South Pole region contains ice and may be rich in other resources based on our observations from orbit, but, otherwise, it’s a completely unexplored world. The South Pole is far from the Apollo landing sites clustered around the equator, so it will offer us a new challenge and a new environment to explore as we build our capabilities to travel farther into space,” Clarke said.

NASA’s primary moon mission will be called Artemis, named after the goddess Artemis from Greek Mythology. This is fitting for NASA because Artemis is the twin sister of Apollo, the Greek god who provided the name for the previous missions to the moon.

NASA Administrator Jim Bridenstine tweeted that the Artemis mission would be the first time a woman walks on the moon.

Last year, Vice President Mike Pence spoke to an audience at NASA’s Johnson Space Center, about plans for a permanent moon base.

“While our sights are once again set on our lunar neighbor, this time we’re not content with just leaving behind footprints… the time has come … (to) establish a permanent presence around and on the moon,” Pence said.

Pence also spoke of a “space force” and missions to Mars. The idea of a space force was in the news again this week, after US Senator Ted Cruz warned that such a force would be needed to fight pirates from space.

“Since the ancient Greeks first put to sea, nations have recognized the necessity of naval forces and maintaining a superior capability to protect waterborne travel and commerce from bad actors. Pirates threaten the open seas, and the same is possible in space. In this same way, I believe we too must now recognize the necessity of a Space Force to defend the nation and to protect space commerce and civil space exploration,” Cruz said, according to The Hill.

Disturbing footage was released to the public this month, showing a father and son killing a hibernating black bear and her two cubs in the wilderness of Alaska. The killings were illegal, and the poachers didn’t realize that the bears were a part of a study conducted by the Alaska Department of Fish and Game…