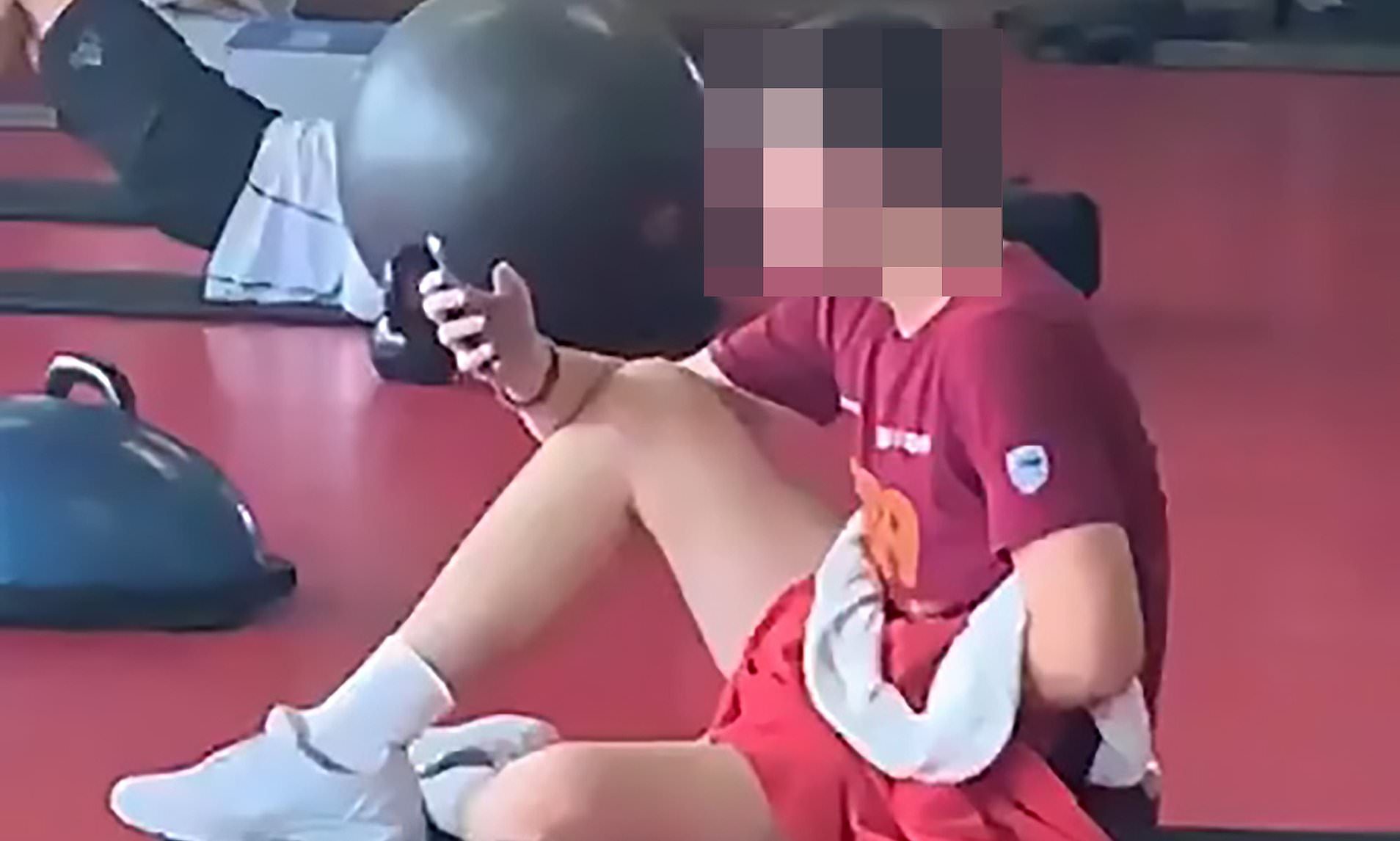 The pervert was also filming the woman as he sat in the middle of the gym with a towel covering his lap as he did the deed.

The woman seemed completely unaware of what was happening, but the man was spotted by other onlookers at the gym.

After the pervert was caught, he was banned for life and the company says that they will be pressing charges against him. There were many other people at the gym who were nearby during the incident, many of them unaware of what was happening right next to them.

Another person at the gym filmed the man’s actions and shared the post to social media.

“I want this man’s face to go viral. This was at the Virgin Active in Stellenbosch. Absolutely abysmal behavior,” a caption for the post read.

A spokesperson for Virgin Active released a statement to the media that read, “Virgin Active is aware of a video circulating on social media and WhatsApp. Our clubs are shared spaces and we will absolutely not tolerate depraved behavior. We commenced our investigation as soon as we received the video.”

Virgin Active’s Carla White later said that the company would be pursuing criminal charges against the predator.

“As soon as we received a copy of the video, we commenced an investigation and discovered who he was and got his detail and took action immediately by canceling his membership and banning him for life from any Virgin Active and we are currently pursuing criminal charges against him,” White said in a statement.

“Our clubs are shared spaces and we will absolutely not tolerate depraved behavior,” she added. 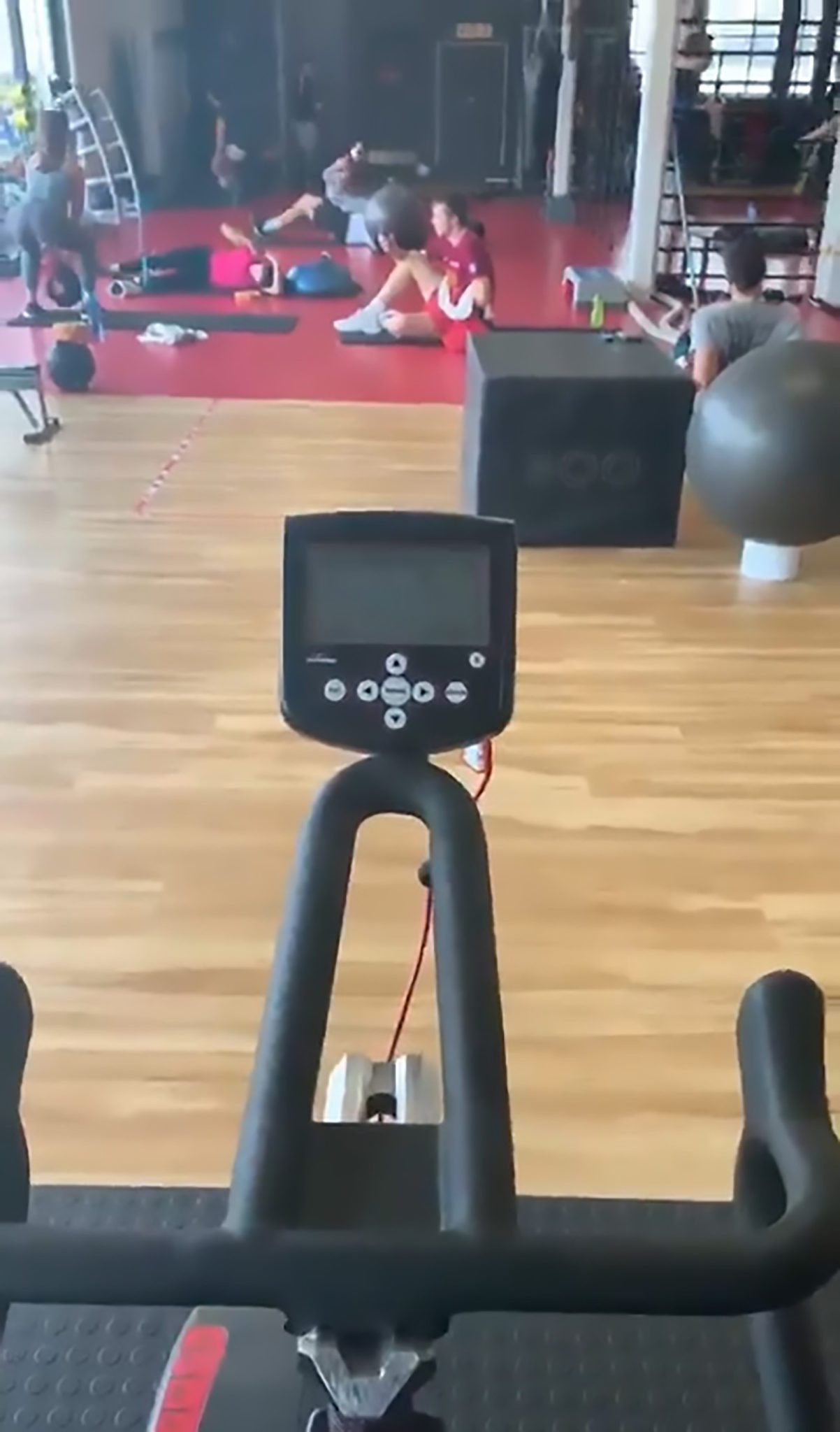 Experts believe that this man is seriously mentally ill and could be dangerous.

Clinical head of My Sexual Health and clinical sexologist Dr. Elna Rudolph told Sowetan Live that this is one of the most extreme acts of exhibition that she has seen.

A similar situation occurred at a gym in Manhattan, New York, according to a lawsuit filed last year. According to the lawsuit, it was 3 men who disrobed and began pleasuring themselves while another man was in a steam room at the same time.

The victim alleged that this was not an isolated incident, but a recurring problem that the gym knew about for many years.

In a conversation with the victim, the manager of the gym reported said that, “It is a problem, and it’s something that every gym in New York City, not just Equinox, has an issue with.”

A spokesperson for the gym said that they “thoroughly investigate” any complaints that might come in “and did exactly that in this case.”

“We maintain a zero-tolerance policy for any inappropriate behavior in our clubs,” the spokesperson added.

Many commenters have raised concerns about public gyms being a safe place to go, especially for women. Many women responded to the post saying that this type of behavior scares them away from the gym. According to many commenters, creepy men at gyms are a serious problem all over the world.

By: Gavin Nascimento When you first take a look at Gary Webb, there’s nothing particularly intriguing about the guy. There are no indications that this seemingly ordinary human being carries with him an extraordinary message. No distinct feature that hints at the potential for greatness, or his ability to help inspire revolution. But such is…