It’s the duty of every person to educate the generation that comes after them, the younger sibling generation, the people a few years younger than them, on whatever they feel is important: street smarts. In California, you’d call that lacing them with some game.

As it was taught to me by the people a few years older who knew about psychedelics, the pineal gland is an organ in the center of the human brain, thought to be what people were referring to in ancient times when they mentioned a “third eye,” and needless to say it’s one of the least well understood organs in the human body.

Shaped like a little pie cone, in the dead center of our brains, its primary function is to release melatonin and regulate sleep, and certain other hormonal processes. Numerous works of art were produced in the last decade alone about the pineal gland, DMT, and the out of body experience the substance produces when ingested.

The monuments and shrines dedicated to pine cones throughout the world have been compared to the pineal gland, with many people speculating that the sites were trying to depict the pineal gland because of its connection to spirituality. 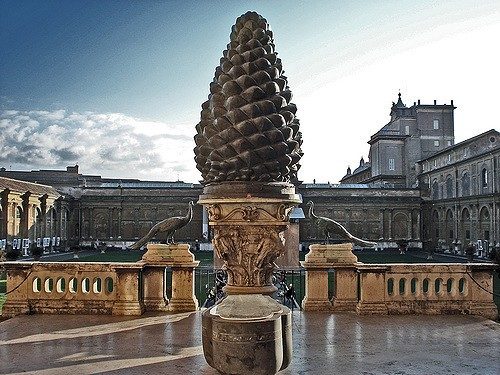 So how is the pineal gland linked to spirituality? It is believed that the human brain produces dimethyltryptamine (DMT) in the pineal gland, and that the chemical has a central role in near-death experiences, or actual experiences with death, and possibly dreaming as well. 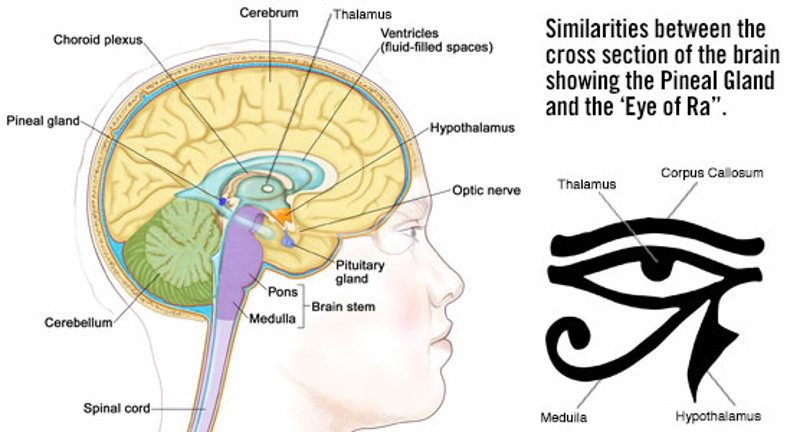 It’s an old urban legend that when you dream and when you die, your pineal gland produces DMT, a chemical that sort of takes you out of your body, transports you between the world of matter and spirit so to speak.

This spiritual belief is something that some of the people growing up in the 2010’s decade, born in the 1990’s, grew up with. A lot of people believe that the pineal gland produces DMT which is a part of living and dying, dreaming and connecting this world to wherever we go when we pass away.

Why? Because a lot of people of this generation have experience using DMT. Most people know about it, but DMT that people ingest is usually a yellow, crystalline substance extracted from root bark from South America. It cannot easily be overdosed on or cause dangerous things to happen unless it’s mental, like most psychedelics. 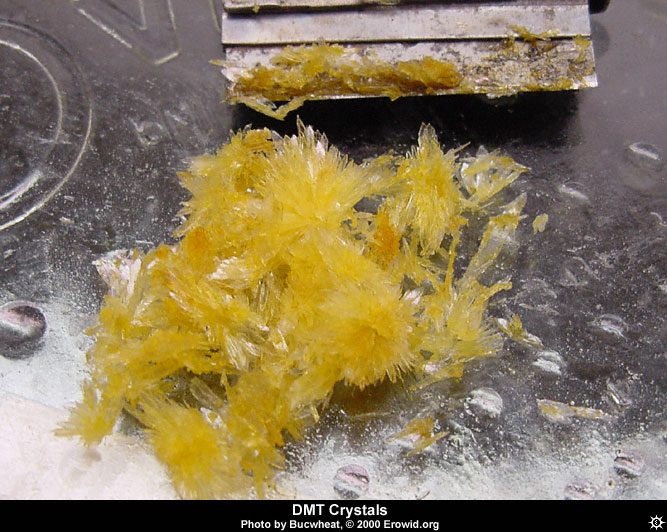 In South America, the natives have ingested Ayahuasca, a brew containing a DMT-rich root bark and an MAOI inhibiting plant to make the DMT orally active, for an untold number of centuries to have spiritual experiences. 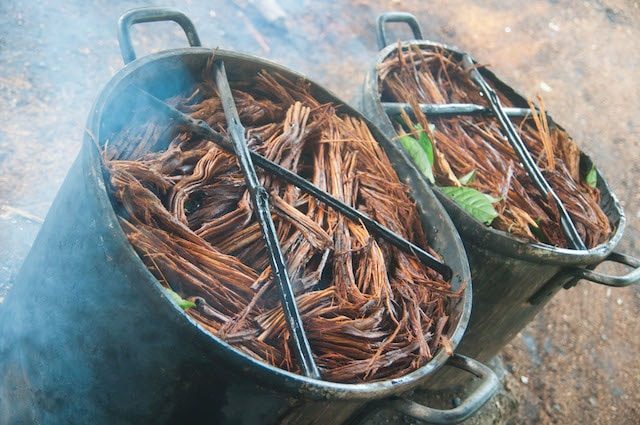 DMT makes people feel teleported out of this world, if they ingest enough, and experience something that amounts to meeting god, or meeting some kind of inter-dimensional entities or landscape, and every person who does it experiences something intensely different. Of course DMT is technically illegal in the United States, as most psychedelics unfortunately are. 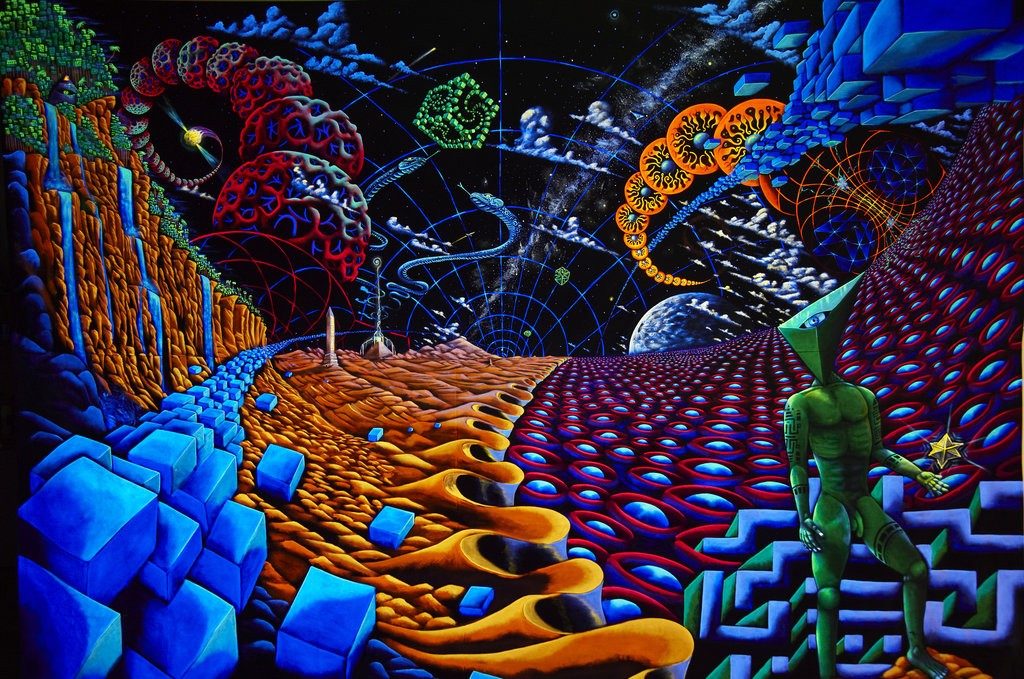 People who do DMT only trip for usually 5-20 minutes, unless it is ingested orally in Ayahuasca which can last for several hours, but it can feel like a lifetime as they describe it.

It’s a drug that doesn’t seem like a drug, to every person who experiences it, it feels like a literal portal out of this dimension to some place outside of this reality. It feels like waking up out of this life we’re in, to a much larger situation, and many people report understanding what existence is after consuming it, and even no longer fearing death.

The chemical DMT is known to naturally occur in the pineal gland of rats, so it seems likely that many mammals have a pineal gland that produces it. DMT is a tryptamine, related chemically to both melatonin and the active chemical in psychedelic mushrooms, psilocybin (or psilocin, once the liver converts it to that).

This article is a general introduction to what has become an unspoken part of the spirituality of many people who are coming of age now. For those who don’t know about DMT and the pineal gland, a little bit of research will yield a lot of information. The book/documentary “DMT the Spirit Molecule” is a starting point for most people.

An incredible image recently captured by an amateur photographer from the UK named Martin Le-May, shows a weasel hitching a ride on the back of a woodpecker. Le-May told BBC News that he took the amazing shot while he was out walking in the Hornchurch Country Park in East London. It turns out that this…

By: Steve Robson via dailyrecord.co.uk A young Danish woman who gave up her studies to fight ISIS has claimed she has a $1million bounty on her head but said she is being treated as “a terrorist” back home. Joanna Palani, 22, claims to have killed 100 militants during battles in Iraq and Syria. She also…

When using modern day gadgets, safety should always be your top priority. With the help of just a few short codes, you can find out more about the settings of your phone and work out whether or not your messages and information are protected and whether you’re being tracked. This article shares the most useful…

By: allnewspipeline The new story over at the Daily Mail today reports North Korean dictator Kim Jong Un smiled and waved as a cheering crowd watched a simulation of a US city being wiped out by a North Korean nuclear attack. You can see that video as the final video below. Just the latest provocation…

She stole Iowa, Nevada and Massachusetts – but Arizona is Hillary Clinton’s election fraud masterpiece. Desperate to prevent another “Michigan upset”, Hillary found an ingenious way to guarantee victory in Arizona. The key to Clinton’s strategy in Arizona was early voting. In Arizona, around 70% of voters cast their ballot by mail. Why is this…