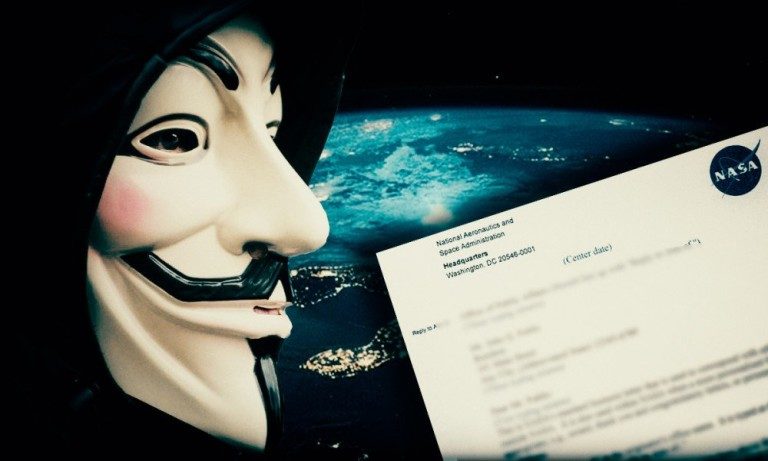 As we reported earlier this month, NASA is planning new missions to the moon, thanks to over $21 billion in funding increases.

New information that leaked from NASA this week has indicated that the space agency is planning to build a permanent base on the moon.

According to Internal NASA documents, the space agency plans to launch 37 rockets to the Moon within the next ten years, with at least five of these rockets carrying astronauts.

The project will begin with an unmanned rover that will be sent to the moon in 2023. Then, in 2024, just a year after the rover lands, NASA plans to start landing people on the surface of the moon. 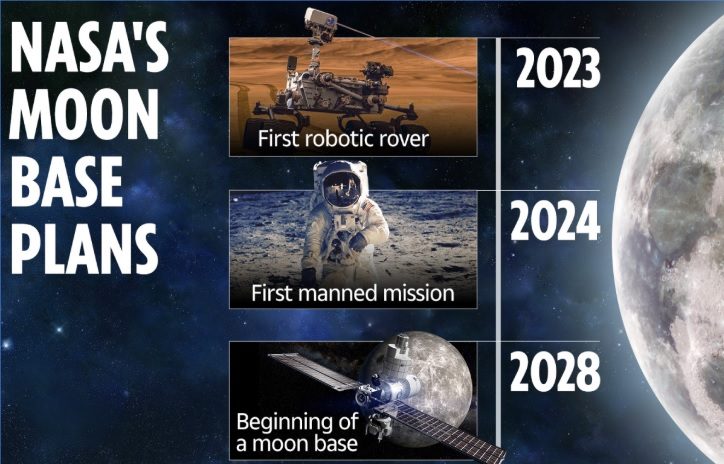 Key points in Nasa’s plan to build a lunar base on the moon over the next ten years / Photo Credit: The Sun, NASA

Experts say that the rover sent to the moon could look and operate much like the one that was sent to explore Mars. It is said that the Mars Rover had a cost that exceeded £2billion.

After the rover explores the area, multiple manned missions to the moon will occur every year between 2024 and 2028.

A NASA spokesperson confirmed with The Sun that these leaked documents are in fact real, and these plans seem to be in the works.

The spokesperson said that these plans were discussed during a recent public session of the Science Committee to the Nasa Advisory Council (NAC). 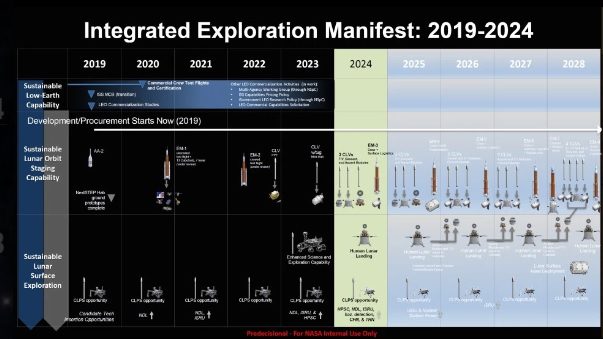 These official Nasa Moon plans were supposedly circulated to staff last week, a NASA spokesperson confirmed with the sun this week that these documents are legitimate
/ Photo Credit: The Sun, NASA

After several years of preparing the surface of the moon, NASA estimates that they will be able to begin building the lunar base around 2028.

It seems that this project is more than just an educational or exploratory mission, but something that has very serious military implications.

Nasa estimates it will need £4.5 billion to £6.5 billion per year on top of Nasa’s existing budget of about £16billion to carry out this program.

Nasa chief Jim Bridenstine recently requested an extra £1.3billion in funding for the fiscal year of 2020. These extra funds are alleged to be used for the construction of a lunar lander. 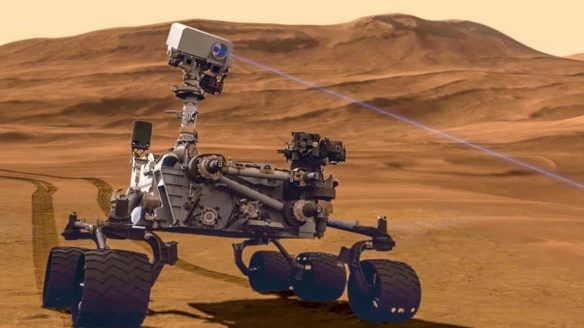 Nasa wants to stick a robotic rover on the Moon in 2023. It could look something like the £2billion Curiosity Mars rover (artist’s impression)
Photo Credit: The Sun NASA

“This additional investment, I want to be clear, is a down payment on NASA’s effort to land humans on the moon by 2024. In the coming years, we will need additional funds, but this is a good amount that gets us out of the gate in a very strong fashion and sets us up for success in the future,” Bridenstine said.

Last year, Vice President Mike Pence spoke to an audience at NASA’s Johnson Space Center, about plans for a permanent moon base.

“While our sights are once again set on our lunar neighbor, this time we’re not content with just leaving behind footprints… the time has come … (to) establish a permanent presence around and on the moon,” Pence said.

Pence also spoke of a “space force” and missions to Mars. The idea of a space force was in the news again this week, after US Senator Ted Cruz warned that such a force would be needed to fight pirates from space.

“Since the ancient Greeks first put to sea, nations have recognized the necessity of naval forces and maintaining a superior capability to protect waterborne travel and commerce from bad actors. Pirates threaten the open seas, and the same is possible in space. In this same way, I believe we too must now recognize the necessity of a Space Force to defend the nation and to protect space commerce and civil space exploration,” Cruz said, according to The Hill.

It has been suggested by some that the previously announced Project Artemis is just some type of cover story for this mission of creating a lunar base for military purposes.

The purpose of Artemis is allegedly to explore unknown parts of the moon in search of natural resources and valuable minerals. Now it seems that Artemis may be fulfilling the dual purpose of helping to establish a base while also setting up resource extraction operations.

A nail salon dedicated to creating out of the box, unconventional nail designs has just generated a horrified reaction from the Internet, as their latest video depicts a woman modeling hollow, long fingernails filled with live insects. Moscow-based beauty salon Nail Sunny recently shared a video of these “ant nails” to its 1.8 million followers…

A young 9-year-old girl who was visiting Yellowstone National Park on July 22, was sent flying into the air after she was charged by a massive bison. The incident occurred near the Old Faithful Geyser area of the park, where tourists often look at the world-famous hot springs. Bystanders who were on the scene say…

A circus in Germany has come up with an incredible idea to put on a show without holding animals in captivity. Instead of using live animals in their show, Circus Roncalli replaced the live animals with 3D holograms. The circus began using holograms last year as a part of their “Storyteller” attraction, but animal rights…

It’s another one: another video featuring a supposed time traveler. This time, the person claims that World War III is going to “kick off” as a result of Donald Trump. The claim is enough to make tabloid headlines sweep across the Internet, and a new crop of people are gullible enough to entertain the idea,…