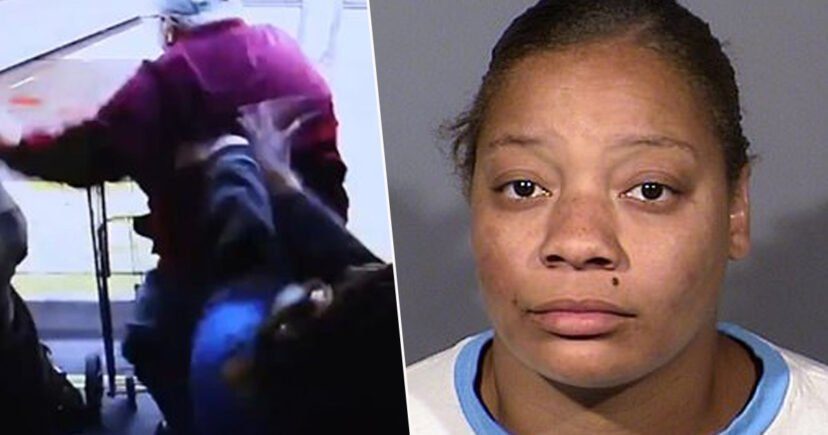 May 16th, 5:29pm May 17th, 6:01pm David CohenDavid Cohen is a long-time independent journalist and expert in geopolitics, technology and finance. Cohen began his career as an activist, and then began writing articles as a freelancer for numerous websites. Cohen is a native of Brooklyn, New York and a graduate of Cornell University.

According to the police report, Fournier was riding an RTC bus when he noticed Cadesha Bishop starting trouble on the bus, yelling and swearing at people. According to the report, witnesses at the scene heard Fournier tell Bishop “to be nicer to passengers.” The report indicated that the incident took place on March 21, in downtown Las Vegas.

It appears that this attack was somewhat premeditated and didn’t merely happen in a moment of anger. The woman reportedly waited until the old man used his walker to make his way to the exit when the bus pulled up to the bus stop at 13th and Fremont streets, then she pushed him into the street.

When the old man went to exit the bus, Bishop forcefully pushed him off the bus with two hands and he fell several feet down to the concrete and landed on his head.

Trevor Taylor, one of the old man’s close friends and neighbors said, “He was an excellent neighbor. Very nice, religious person.”

“After he was pushed off the bus, he came here for a day or two and then his pain was so great he had to call an ambulance — went to the hospital. No matter what his age, she should not have done that. People need a little more patience than what they have these days,” Taylor says.

“I will always remember him being a wonderful person,” Taylor added.

Fournier spent a month in the hospital before he died of his injuries. According to the Clark County coroner, an autopsy determined that Fournier died from complications related to the push.

According to the police report, after pushing the old man, Bishop did not offer to help or even stick around to see what happened. She was also with her son during the time of the attack. Police were able to track down the woman after identifying her on the bus video surveillance system, but they were not able to actually find and arrest her until this month. 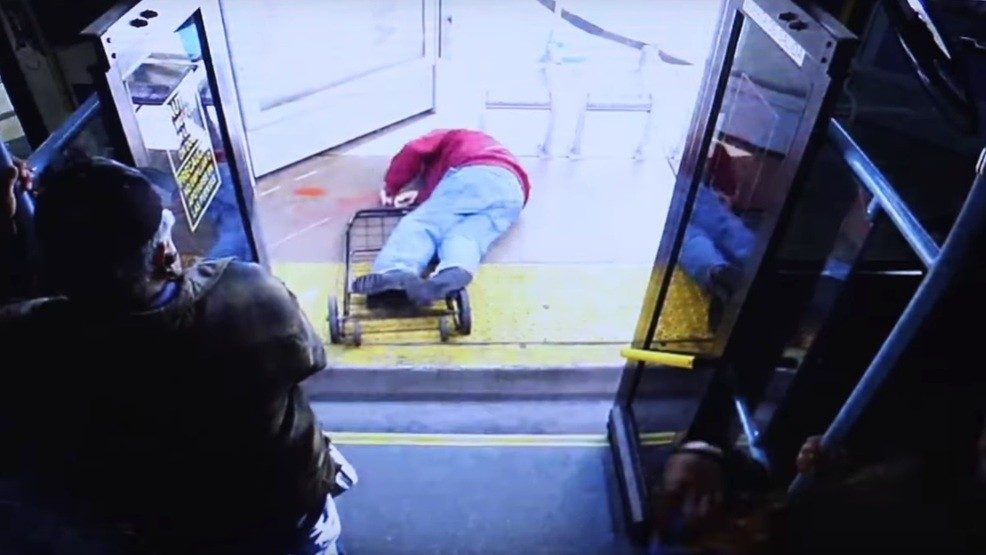 The police report said that “his head landed approximately eight feet from the bus doorway.”

Bishop was held at the Clark County Detention Center on $100,000 bail, but then was later released and placed on house arrest after posting bail.

A preliminary hearing for Bishop is scheduled for May 21, according to CNN.

Fournier leaves behind a widow who is disabled. Ken Mallen, another one of Fournier’s friends, says that this will cause many problems for the family of the old man.

“I know it caused several financial problems for his wife,” Mallen said. 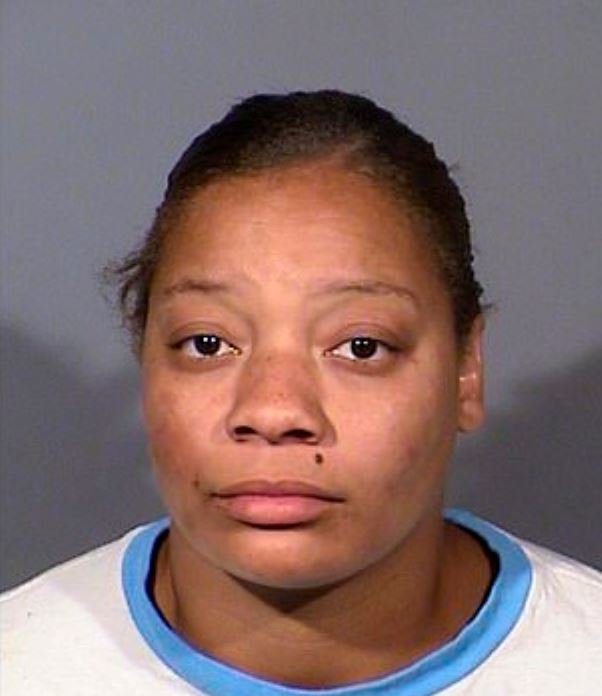 25 year old Cadesha Bishop has been charged with homicide after pushing an old man to his death after an argument on a Las Vegas bus. / Photo Credit: Arrest photo courtesy of  the Las Vegas Metropolitan Police Department

Checlzzi Powell, another friend, says that it is horrible that people don’t seem to have any respect for the elderly. Powell pointed out that the old man was already in bad shape, and had trouble moving even before the incident.

“He’s a little slow because his back and legs were ailing,” Powell said.

After Bishop’s arrest, police released the disturbing surveillance video of the encounter.

In the video, the woman can be seen yelling at the man and motioning for him to leave the bus. She then steps out of the way so the man can walk past her towards the exit, and she throws him toward the ground below as soon as he passes her.

Police are still looking for witnesses in the case. Anyone with any information is urged to contact the LVMPD Homicide Section by phone at 702-828-3521, or by email at [email protected]. To remain anonymous, contact Crime Stoppers by phone at 702-385-5555, or on the internet at www.crimestoppersofnv.com.