My name is Paul Salo. I’ve lived in Asia since 1989 and started several businesses over the years in Japan and China.

Many people want to know more about 9-11. We are like a Mythbusters for September 11th. It’s an important project for many reasons. Many people doubt various details of 9-11. As the world has changed our trust in government and media has declined significantly. We want to see for ourselves. We don’t need people to guide our thinking. In this project we will recreate 9-11 to the best of our ability given the funds raised. Our ultimate goal is a fully loaded 767 and a similar structure to the WTC. We will crash the fully loaded (with fuel) plane (complete with black box) into the building using autopilot at 500 MPH

$5,000 gets you a front row seat at the event. A full recording of the event (we will have top notch cinematographers to document each step in the process. No hanky panky. Streaming video from the plane, the builiding and full inspections before and after. You will see it all. And meet like minded folk. It will be an epic event however it turns out.

We need about $1,500,000 to purchase the plane and building and to pull this complex event off. The fuel alone is over $100,000! If we don’t reach our goal of $1.5 million, we will purchase a smaller plane and building. Either way, we are going to learn a heck of a lot. 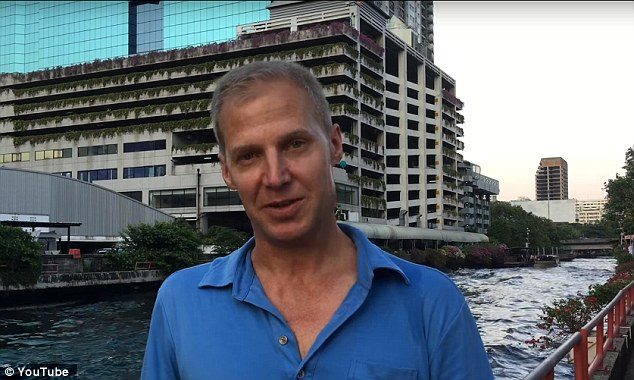 So on the surface this is definitely the most insane thing ever. But to me it’s sort of the most practical insane thing I’ve ever seen. I mean there is literally no way to recreate the exact circumstances of the 9/11 crash let alone with these people whom I assume don’t have a flawless record of giant collision-based scientific experiments. But where’s the harm in them banding together with a bunch of likeminded lunatics and doing some insane shit in Thailand? I mean people go there to fuck underaged people of any and all genders, I’d say crashing a plane into a building is still pretty low on the list of bizarre passion projects to have occurred within their borders.

The one caveat would be that whatever findings they have here, they all just shut up about it after one week to discuss it. No more questioning, no more dumb documentaries that present information in ways that miss important parts of the picture, just resolution. It still 100% would have no scientific method or bearing upon society but if they’d agree to treat it as a conclusion to all of their conspiracy theories then I’m all for it.

Anyway you can donate here if you want. $5,000 for a front row seat to this seems like a pretty sweet deal assuming you’re okay with the very high likelihood this half-baked idea might kill everyone in the immediate area.