By: Vandita via anonhq.com

Japanese Google software engineer Ken Kawamoto has invented Tempescope, a transparent box-type gadget that collects next day’s forecast from online weather sources using two pumps, an ultrasound diffuser, and an LED to simulate a variety of weather conditions – from sunrise, sunshine, and sunset to clouds, lightning, rain and fog – inside your living room hour-by-hour. 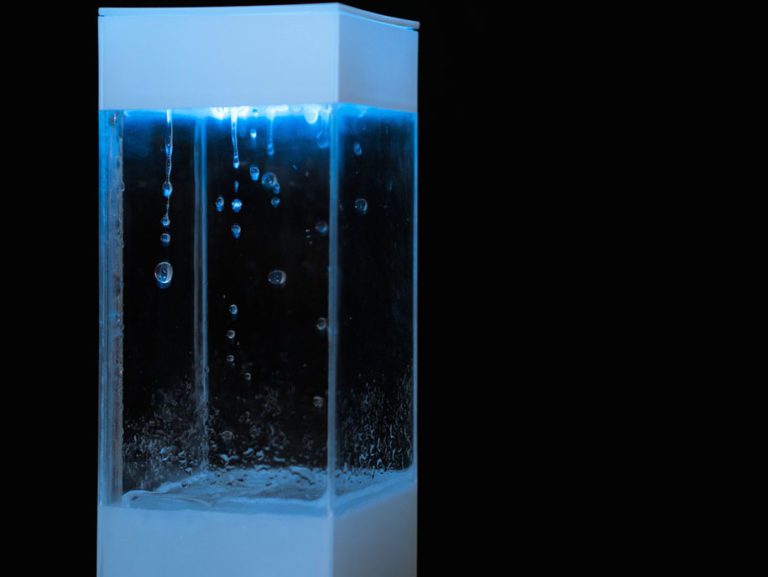 When Kawamoto created the prototype in 2012 to ‘break the barrier between the digital world and the real world’, the Tempescope was controlled by a small Arduino board linked to a PC via USB or Bluetooth. Earlier, the gadget had two modes of operation, both of which ran as PC programs – “Tomorrow’s weather”, which animated tomorrow’s weather forecast, and “World weather”, which reproduced the current weather of any location in the world.

Today, the Tempescope connects to the Internet via an app downloaded on a Smartphone, comes with a SD card so forecast sequences can be saved and replayed without the device being attached to a PC, and has several modes of operation such as “Weather forecast mode”, which can show today’s weather forecast during the day, or tomorrow’s forecast in the evening, and “Manual mode”, which can force the Tempescope to show a particular weather, or define an animation sequence to play.

thx for the sudden revived interest in the tempescope- unfortunately we have no production plans for the time being. pic.twitter.com/9CFbd7H6QI

If you’re desperate, you can always build an OpenTempescope, our open source version! https://t.co/hqHJ8vdSH3 pic.twitter.com/6SpY6pLeud

Kawamoto – who is now working on making extensions, such as snow, wind, real lightning bolts and showing land features but has no plans yet to start production – has released the code, instructions, and schematics for the Tempescope to allow anyone to comfortably build their very own transparent acrylic box to recreate the meteorological conditions in their living room.