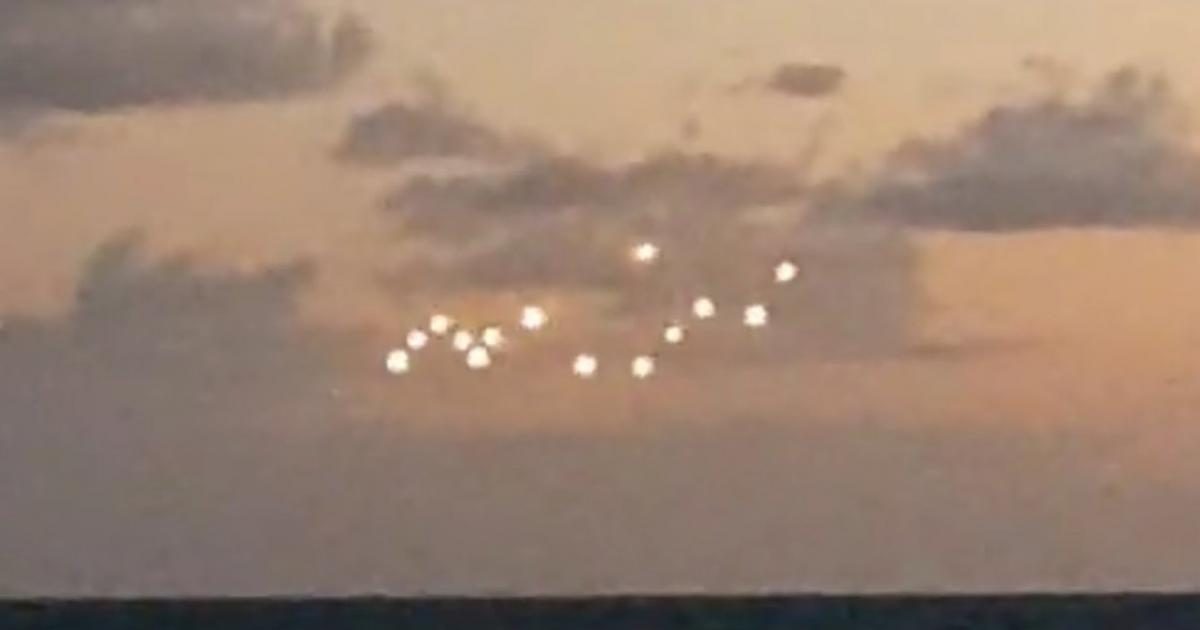 Amazing footage taken off the coast of North Carolina, appears to show a ‘Fleet’ of UFOs hovering in the sky. The video was taken by a man named William Guy, who happened to be traveling on a ferry across the Pimlico Sound lagoon when he noticed something strange in the sky.

It seemed like a large cluster of UFOs flying across the sky. He took out his camera, so he would have evidence of such a spectacular sight. Upon further inspection, there were 14 strange bright lights in the sky, but there is no telling what they could actually be.

People who tend to be more skeptical will likely believe that this was the work of some type of optical illusion, or perhaps Chinese lanterns that were blowing in the wind. Although they did appear to be flying in some type of formation. 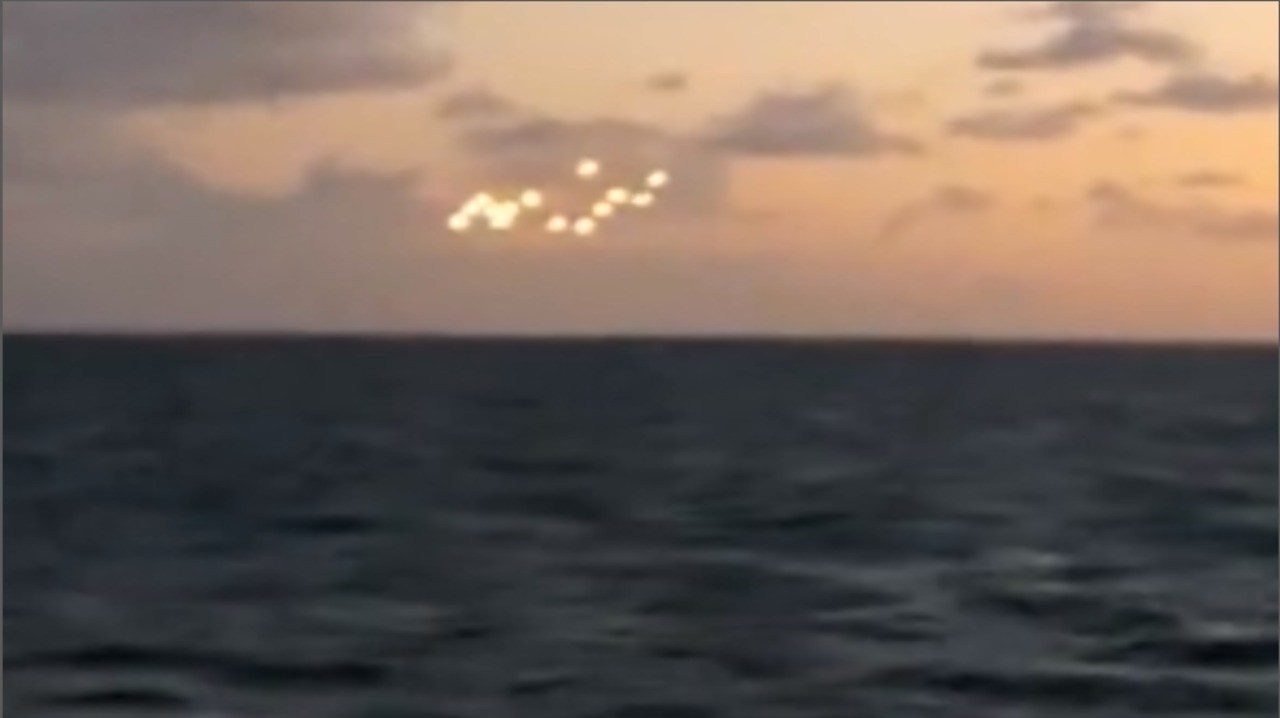 Unfortunately, the footage does not get up close enough to really determine any details about the flying objects. For some reason, the cameraman is also panning the camera back and forth across the sky, taking the camera off the action for significant lengths of time.

UFOs were once laughed off as crazy delusions, but after more official revelations, people are starting to take these sightings more seriously.

Just this year, To The Stars Academy of Arts and Sciences, a UFO research organization headed by Blink 182’s Tom DeLonge, has shared video footage of what appears to be UFOs filmed by the US Navy.

The footage was captured in 2014 and 2015. The video is taken from US Navy aircraft and seems to show them chasing “unidentified aerial phenomena” off the east coast of the United States.

Last month, the United States government came forward to admit that the footage was real, and admitted that they had no clue what the objects were.

Check out the footage below and decide for yourself.

The attacks on the world trade center on 9/11 were a pivotal point in American history, and much of the footage that we have from the event are the same few videos that were shared widely on news reports the day of the incident. However, every so often, some independent footage makes its way around…

Advancements in automotive technology have made it possible for cars to achieve fuel efficiencies of well over eighty miles per gallon. Other developments allow for the use of alternative fuels, such as ethanol and saltwater. But whether traditional gasoline or modern alternatives are used, drivers still face the expensive and environmentally damaging problem of refueling…