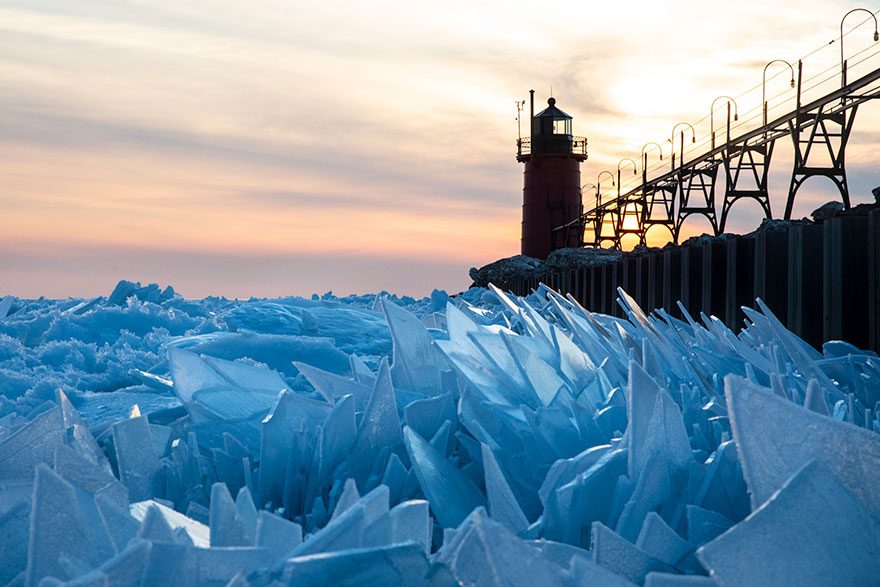 In an incredible set of photos taken this week by Joel Bissell of MLive and the Associated Press, ice shards can be seen forming along Lake Michigan. The shards are formed as the ice in the lake slowly thaws and refreezes each night. The photos were taken near the South Haven Pier, in South Haven, Michigan. 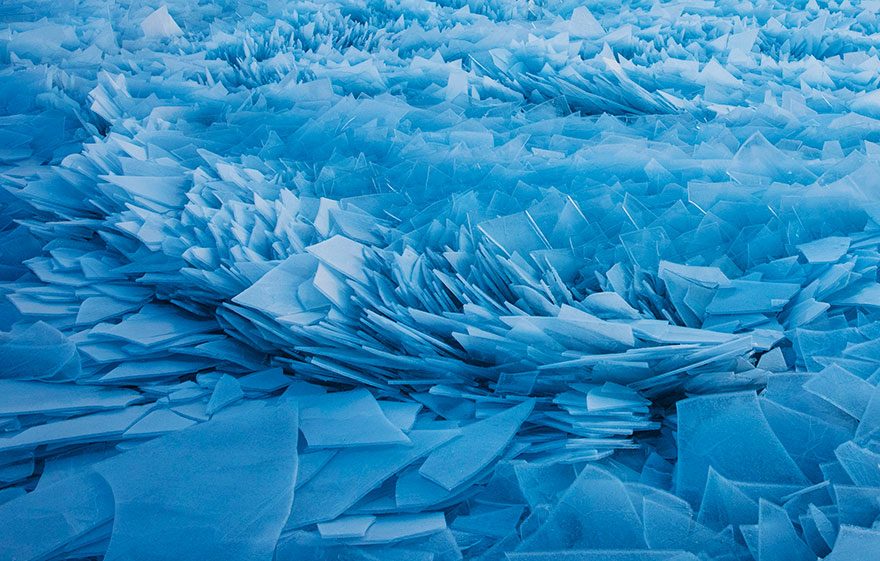 Experts say that 56 percent of Lake Michigan was covered in ice at the beginning of the month, but that has started to change with warming temperatures. However, the freeze returns when the sun goes down, allowing new ice structures to form. This constant ebb and flow between ice and water have created some incredible natural structures in the lake.

Earlier this week, U.S. Coast Guard BMC Grant Heffner warned residents along the icy shores to stay away from the water.

“No ice is safe ice especially this time of year. The ice is certainly deteriorating and breaking up,” Heffner said.

Heffner warned residents of South Haven to stay as far away from the water as possible if they try to get pictures of the ice formations. 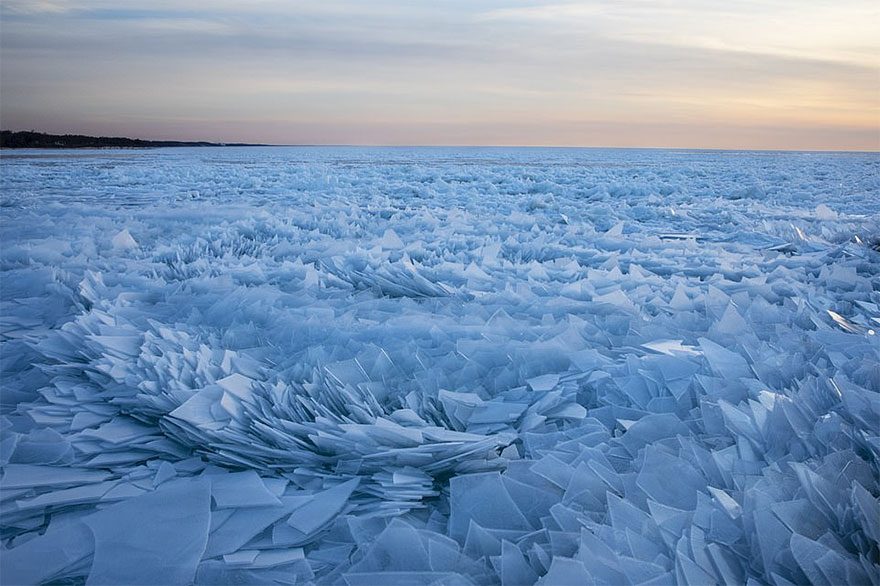 The ice shards went on for miles, as far as the eye can see, and in some photos, like the one above, it appears that the shards of ice are being pulled in a circular motion. 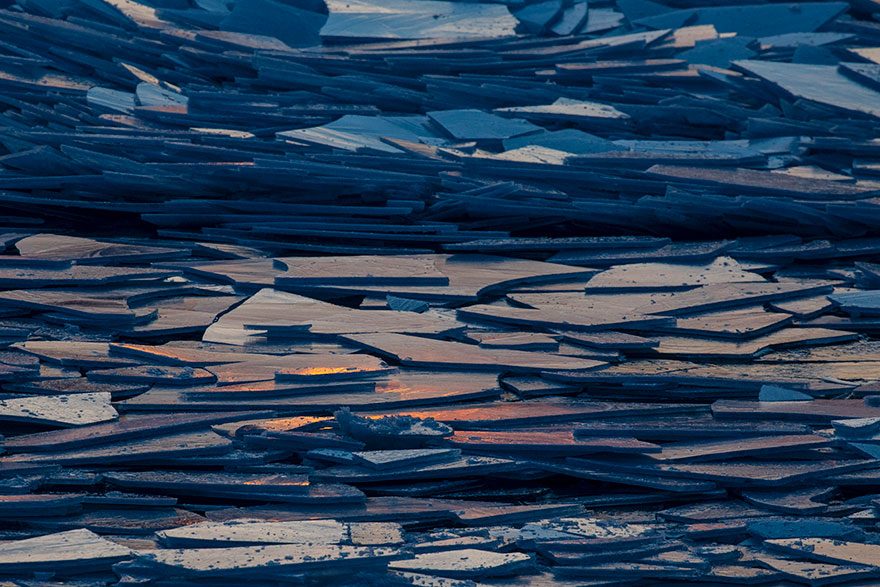 The weather has been especially cold this year thanks to the polar vortex. The polar vortex is a counter-clockwise spinning mass of cold air that hovers above the Arctic. The vortex shrinks and expands with the passing seasons, but sometimes, the vortex sends cold air south, which causes low temperatures across the upper region of the globe. This is what many researchers blame for the unusually harsh temperatures in North America.

The polar vortex is a natural occurrence that has been happening for a long time, but many researchers suggest that it has gotten worse in recent years. 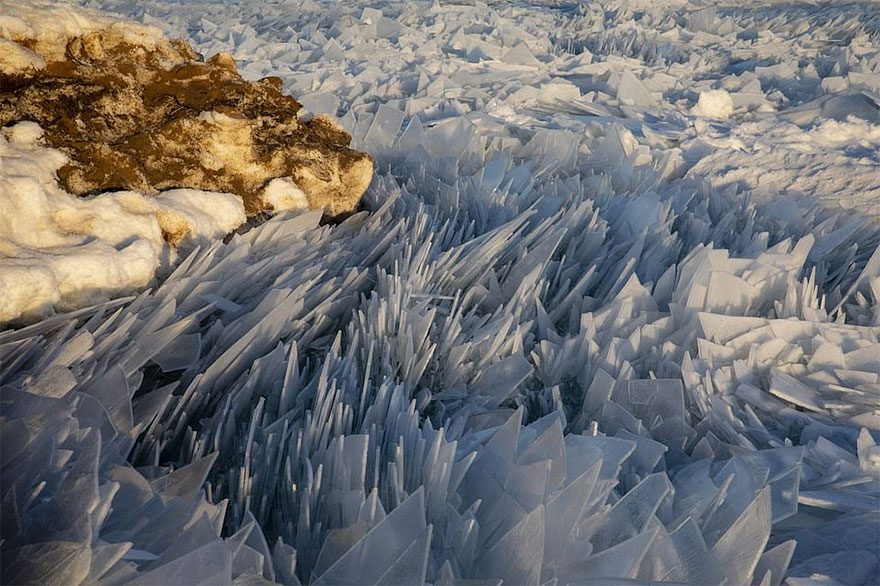 Up close, the jagged sheets of ice seem like glass blades. 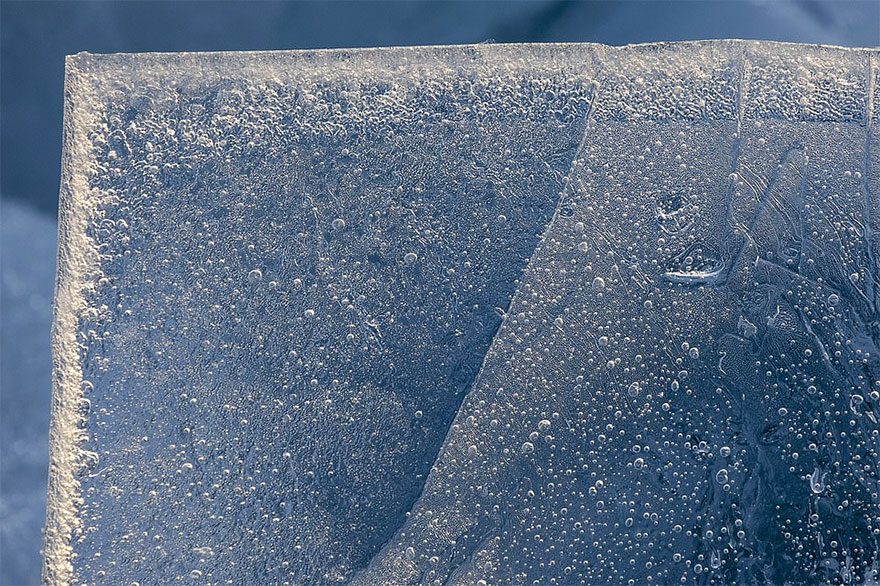 The scenes from South Haven Pier in Michigan are beautiful, and the lake isn’t dangerous for tourists, unless, of course, someone happens to fall in. When looking at scenes like the one at Lake Michigan, it is easy to forget that the cold weather and ice was very dangerous this year, and took numerous lives. Sadly, most of the people to lose their lives from the cold were homeless people who were unable to escape from the cold.

The photos shown in the Tweet below are from Hoover Beach. The photos show an “ice tsunami” that was created from frozen chunks of Niagra Falls.

Before the situation became dangerous, Niagra Falls was also a destination for photographers during the freeze.

Lake Michigan is one of the five Great Lakes of North America and the only one located entirely within the United States. Twelve million people live along Lake Michigan’s shores, mainly in the Chicago and Milwaukee metropolitan areas. In January of 2013, Lake Michigan’s monthly water levels dipped to an all-time low of 576.2 ft, reaching their lowest volume since record-keeping began in 1918.

Sometimes during the winter, ice volcanoes can be seen on Lake Michigan as well.

According to Wikipedia, “An ice volcano is a conical mound of ice formed over a terrestrial lake via the eruption of water and slush through an ice shelf. The process is wave-driven, with wind providing the energy for the waves to cut through the ice and form the volcanoes. After being ejected into the atmosphere, the liquid water, and slush freeze and fall back to the surface, growing the formation.” 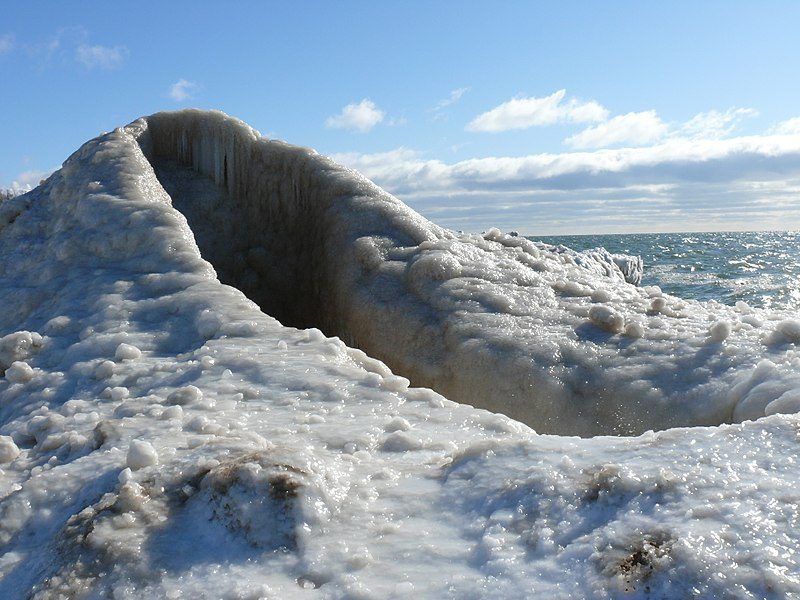 Ice volcanoes are created by waves colliding with irregularities at the edge of an ice sheet, and the creation process only takes a few hours. One type of ice volcano, known as a cold spot, does not require waves to break against the edge of an ice shelf. Instead, water and slush erupt through a region of weak ice near the coast and form a mound.

No ice volcanoes were spotted near the South Haven Lighthouse this year.

An earthquake with a magnitude of 4.6 hit Mexico today, as larger earthquakes continue to shake the west coast of the United States. The quake reportedly occurred 5 miles from San Pedro Pochutla, Oaxaca, Mexico at approximately 4:50 AM. Last month, there was a 5.6 magnitude earthquake roughly 53 km from Puerto Madero, Chiapas, Mexico….