So, its acting weird again. And I am still surprised that after so many years no one can explain why this keeps on happening but this time could be a breakthrough.

As telescopes all around the world zoom in on this star maybe we will finally get some answers. 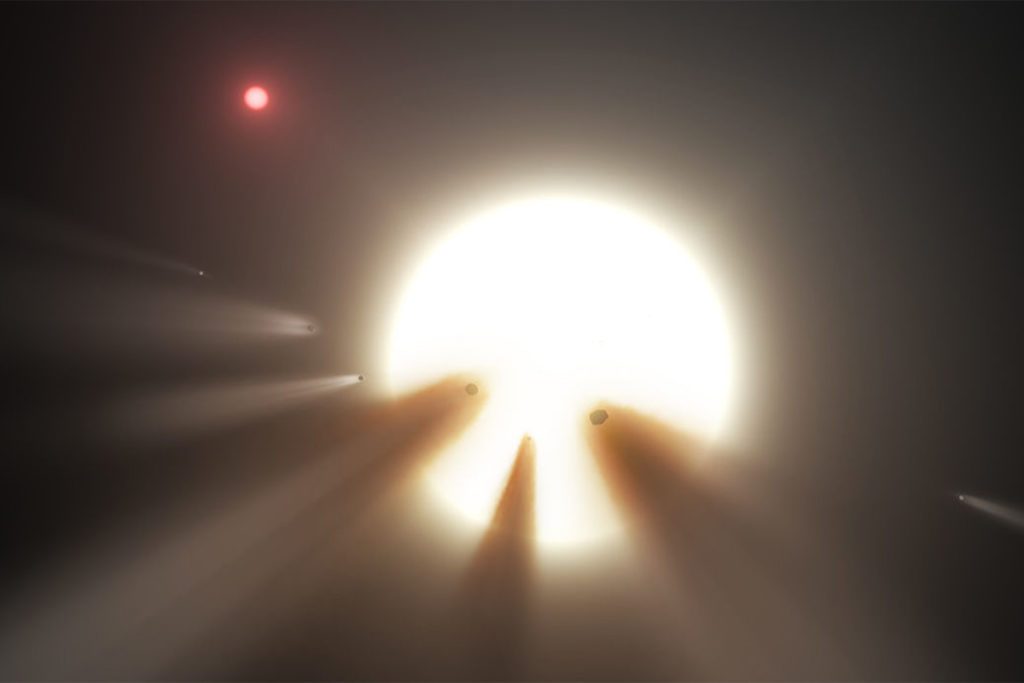 The most famously weird star in our galaxy is acting up again. On Friday, 19 May, Tabby’s star began to dim, carrying on a history of mysterious dips in brightness. Astronomers are scrambling to point as many telescopes as possible at the star, which is 1,300 light-years away in the constellation Cygnus, to decipher its strange signal.

In 2015, a team of astronomers led by Yale’s Tabetha Boyajian saw the light from the star KIC 8462852 suddenly and repeatedly dip in brightness. The star dimmed by up to 22 per cent before it returned to normal.

Then, in 2016, a review of old photographic plates revealed that KIC 8462852 dimmed by 14 per cent between 1890 and 1989. The star, nicknamed Tabby’s star after Boyajian, faded by another 3 per cent over the four years it was observed by the Kepler space observatory.

Astronomers have come up with a huge variety of different potential explanations for the star’s strange behaviour. Some say it could be because of its interior dynamics, some say it could be surrounded by a swarm of asteroids and debris. Or maybe it’s dimming because it devoured a planet at some time in the past. Most famously, some astronomers have said that the dimming could be caused by an orbiting alien megastructure.

Because Tabby’s star has cultivated such an air of mystery, the response to its new dimming has been quick and enthusiastic, with some telescope observations of the star already planned over the next few days. If we’re lucky, new observations may just help us figure out what’s making KIC 8462852 dim (it’s probably not aliens).