Anonymous have leaked information that they claim originate from NASA servers, showing evidence of an extensive drone weather modification program that prove that Chemtrails exist.

Anonsec released a paper that contained a detailed account of their hack, as well as analysis of the N4SA data they recovered.

The data reveals information about NASA’s connection to weather modification research in a log of a DC-8 jetliner, which was conducting a flight in accordance with their “Alternative-Fuel Effects on Contrails and Cruise EmiSSions” project.

Also released Sunday was a 276 Gigabyte (GB) data package of 631 aircraft and radar videos, 2,143 flight logs and the personal data of 2,414 NASA employees. 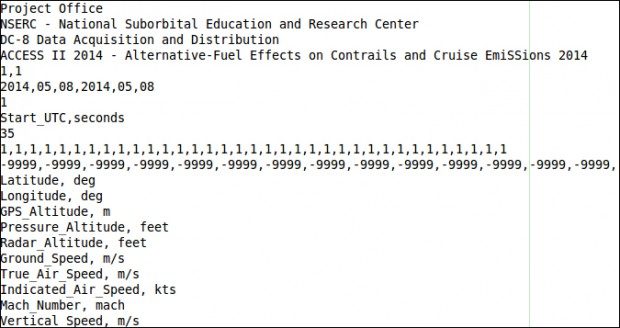 In Anonsec’s zine, they claim that they were discovered and lost access to the NASA servers after altering the flight path of a $222.7 million US Drone flying across the Pacific. In the hijacking the group planned to crash the GlowbalHawk drone into the ocean.

NASA officials have not yet commented on the information leak, nor confirmed its validity, but the released NASA employee information has been verified as real and a drone flight log has been discovered which coincides with Anonsec’s story.

In an official statement released by headquarters spokesman Allard Beutel, NASA is denying the claims made by the hacking group AnonSec.

“Control of our Global Hawk aircraft was not compromised,” Beutel said, continuing that the space agency “had no evidence to indicate the allegedly hacked data.”

Beutel also inferred that the information leaked was already public by saying, “NASA strives to make our scientific data publicly available, including large data sets, which seems to be how the information in question was retrieved.”

The statement ended with an attempt to calm nerves by reiterating their bottom line that, “NASA takes cybersecurity very seriously and will continue to fully investigate all of these allegations.”

Have you ever heard of the patent that is supposed to confirm the fact that a television can manipulate a person’s nervous system? There isn’t a lot of info out there to find about the person who supposedly filed the patent, Hendricus G. Loos, despite the easily observable fact that he has filed for multiple…

By: Gabriel Sherman via msn.com Hillary Clinton is being urged by a group of prominent computer scientists and election lawyers to call for a recount in three swing states won by Donald Trump, New York has learned. The group, which includes voting-rights attorney John Bonifaz and J. Alex Halderman, the director of the University of…