The popular YouTube personality and anonymous supporter Malcolm Merlyn posted a video to his channel of 69k subscribers which showed him flooding a scam tech support call center with hilarious prank calls. Malcolm says that one of these call centers would regularly ring his phone off the hook, so after he got fed up with the harassment one morning, he decided to create some virtual machines and set them up to repeatedly ring the call center with pre selected recordings.

Malcolm explained in the description for the video that, “As most of you are aware, there are a lot of different scammers out there and these include Nigerian prince email scammers, Indian tech support scammers, IRS scammers and others. They have been around for over 10 years now and they don’t seem to be going anywhere. After getting a lot of calls, sometimes very early in the morning I have decided enough is enough. If the government won’t shut down these pests then I will.

“I created some virtual machines and started calling scammers using a fake caller ID. The calls were quite hilarious so I started uploading them on YouTube; this was great as I was raising awareness about scams while also earning money. In total I have called scammers over ten thousand times in the past year and a half. I created a number of programs to annoy them including a call flooder that can call the scammers many times per minute which overloads their phones,” the statement continues. 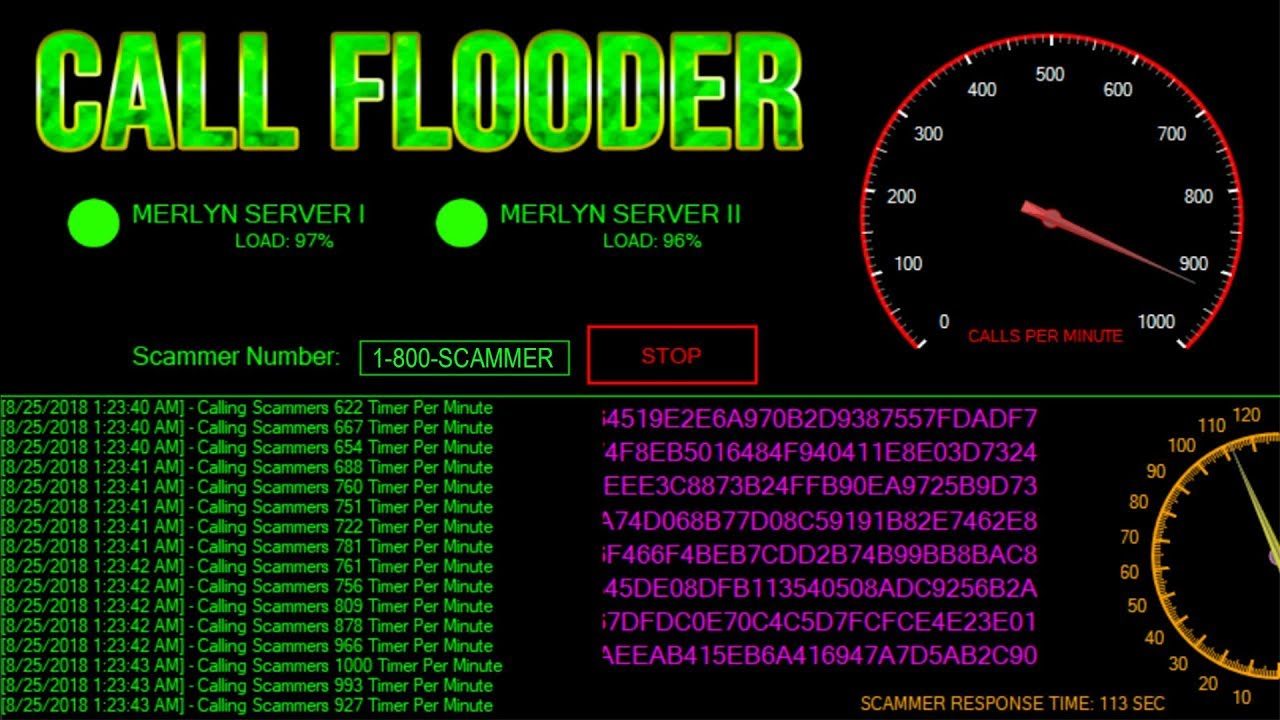 In his newest video, Malcolm’s bots can be heard in a synthesized voice shouting phrases like “I need nanomachines son!” or “I like you so I’m giving you another shot!” or “You’re nothing!” One of the recordings even said “Try to shut me up and you’ll fail like the others!

These calls were made on repeat to the call center and forwarded to every open line.

Many of the employees began to get frustrated very quickly, but were not quite sure how to react.

Sir! Why are you calling over and over again!? This is the 9th time you have called! One call center employee shouted.

After a few minutes of getting bounced around to different call center employees multiple times, the employees begin to lose control and start giving the bot a bit of his own medicine, swearing at it, and trying to mimic the bots voice.

After a while, some of the employees finally realize that they are not actually speaking with a human being but a robot.

The voice used by the bot seems to be comprised of clips from the 2013 action video game Metal Gear Rising: Revengeance. The voice appears to be the final boss character in a cinematic sequence, Senator Armstrong. “I need nanomachines son!” has become a popular meme on the internet over the years the phrase has been employed as a non sequitur response to an unrelated question, in a similar vein to the use of Aliens, according to Know Your Meme.

The calls went on for a few moments until the call-center gave up and shut down all of their phones. Malcolm noted that these scammers were using a toll-free number, which means that they have to pay for every single call that came through. Malcolm promised that if the organization calls him again or puts the number back online, he will continue the same prank until they shut it down again.

Shutting down scam call centers seems to be a favorite pass time of Malcolm Merlyn, as his YouTube page is filled with similar clips of him shutting down other scam call centers with bots. His interactions with various call centers go back for at least two years and includes a video where one of the organizations demands that he stop publishing the footage online. In one of the videos, Malcolm actually ends up converting one of the tech support scammers into a YouTuber. Malcolm seemed to convince the call center employee that he could make more money on YouTube than he does working for a scammer.

By: liveandlearn via abovetopsecret.com This group was tweeted by Wikileaks and there are several follow up tweets on the twitter page. Did you know most of theshadowbrokers’ members have taken the oath “…to protect and defend the constitution of the United States against all enemies foreign and domestic…”. Yes sir! Most of us used to…