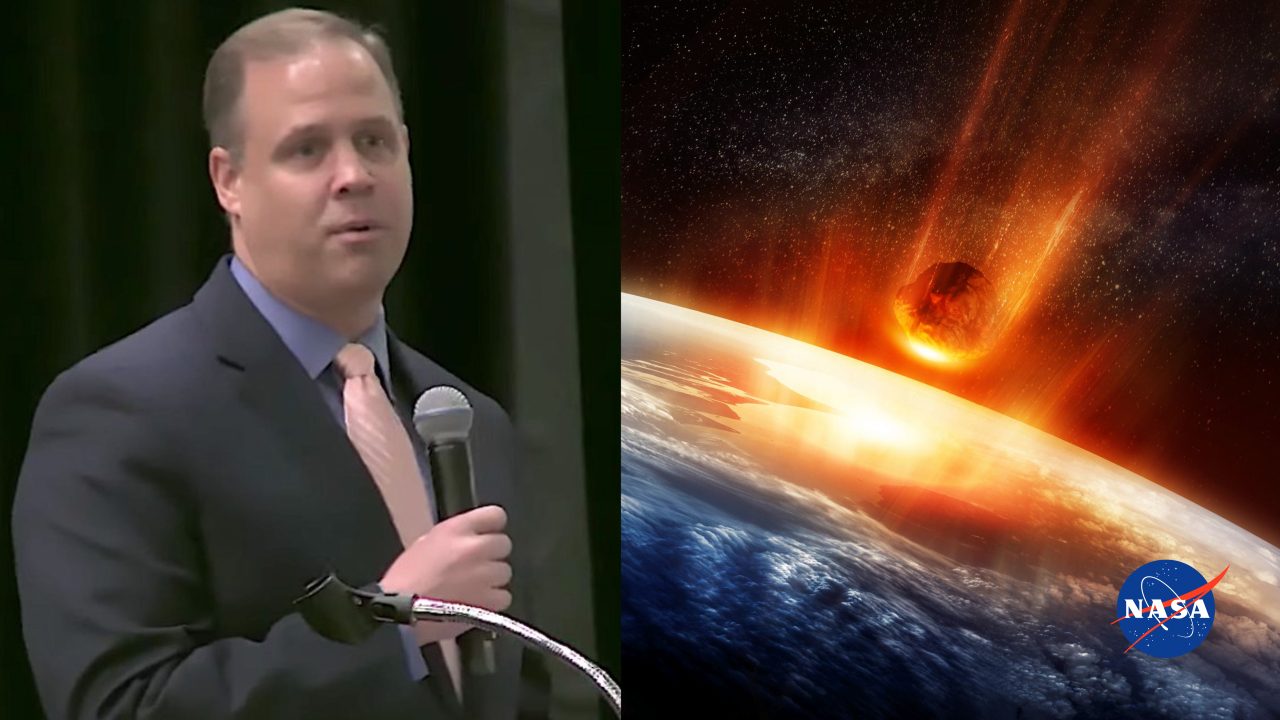 NASA administrator, Jim Bridenstine, recently warned an audience at the International Academy of Astronautics’ Planetary Defense Conference, about the very real possibility of a large meteor crashing into the earth.

“We have to make sure that people understand that this is not about Hollywood. It’s not about movies. This is about ultimately protecting the only planet we know right now to host life, and that is the planet Earth,” Bridenstine said.

Bridenstine reference a large meteor that entered the earth’s atmosphere and exploded over Chelyabinsk, in central Russia, in February of 2013. The meteor measured roughly 20 meters in diameter and was traveling at 40,000 mph.

“It was brighter in the sky than the sun at that point when it entered Earth’s atmosphere. And people could feel the heat from this object from 62 kilometres away… When it finally exploded 18 miles above the surface…it had…30 times the energy of the atomic bomb at Hiroshima… It damaged buildings in six cities,” Bridenstine said.

“I wish I could tell you that these events are exceptionally unique, but they are not,” he added.

Bridenstine says that meteors enter the earth’s atmosphere on a regular basis, but those as large as Chelyabinsk only come once every 60 or so years.

Yet theories about this phenomenon still aren’t taken seriously in many mainstream and establishment circles.

“We know for a fact that the dinosaurs did not have a space program. But we do, and we need to use it,” Bridenstine said. 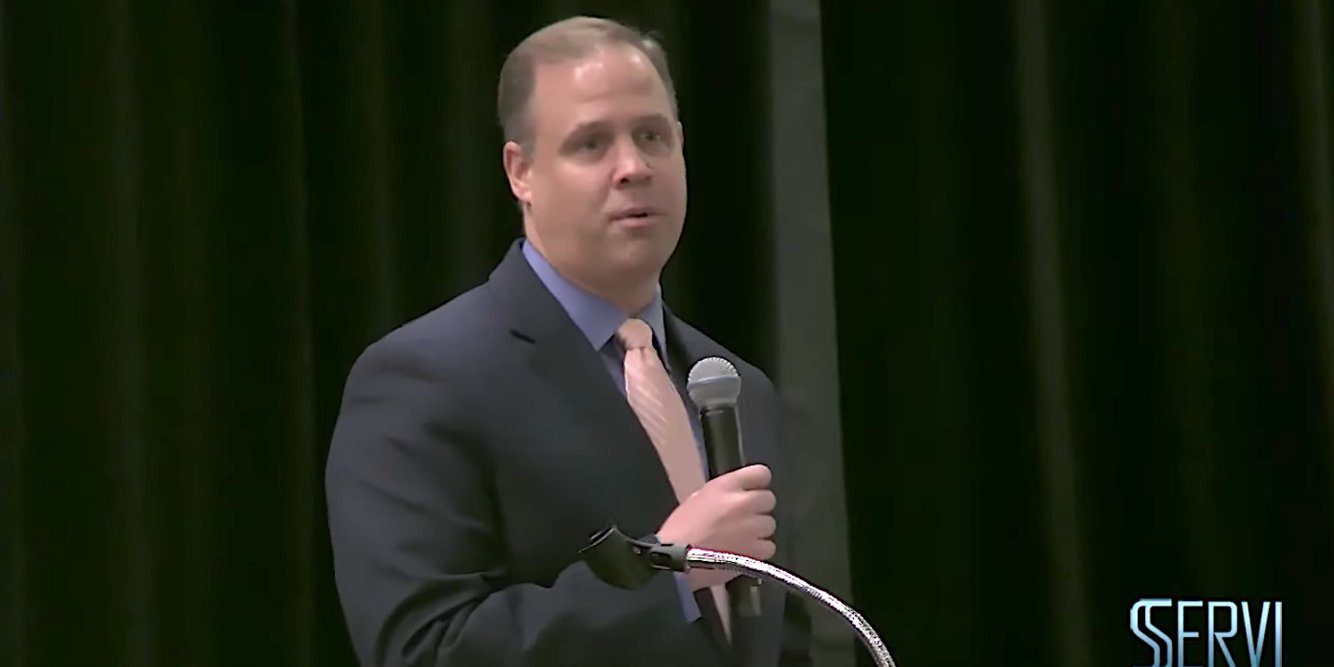 Bridenstine is among a growing number of researchers and scientists who are suggesting that governments put more effort into space programs that are specifically tasked with formulating a plan for incoming meteors and space debris.

On December 18, a massive meteor exploded over in the earth’s atmosphere, but the details of the blast have just been uncovered recently. The fireball reportedly flew over the Bering Sea, in the Pacific Ocean between Russia and Alaska.

The meteor was reportedly 10 meters in diameter and had a mass of 1400 tonnes. The meteor impacted with an energy of 173 kilotons of TNT, Peter Brown said on Twitter. The energy caused by the explosion was incredible, registering at nearly ten the force of the blast from an atomic bomb.

Believe it or not, this type of occurrence is actually fairly common. Blasts like this have been recorded all over the world for the past few decades. The chart below shows fireballs spotted larger than three kilotons in the past several years.

“When you see these infrasound waves, you know immediately that there has been an impact or a large release of energy,” says Fitzsimmons. 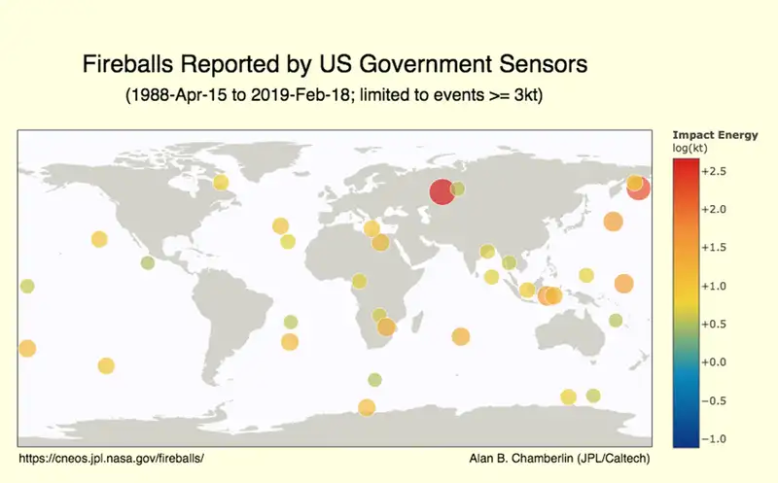 This was the third-largest impact in modern history, surpassed by the 2013 Chelyabinsk explosion, and a huge blast in 1908 near Siberia, Russia. In the Chelyabinsk explosion, more than 900 hundred people were injured, mostly by broken glass. The meteor reportedly weighed 10 tons and entered the atmosphere at a speed of at least 54,000 kilometers per hour, exploding between 30 to 50 kilometers above the ground, According to NewScientist.

There are a large number of videos of the Russian meteor strike because it is common for Russian drivers to use dashboard-mounted cameras to prove liability in car accidents. This video footage gave scientists an unprecedented treasure trove of data for their research.

Of course, we have far less documentation of the Tunguska event, which occurred near Siberia in 1908 and flattened an estimated 80 million trees over an area of more than 2000 square kilometers. The Tunguska event is the largest impact event on Earth in recorded history.  The explosion registered at seismic stations across Eurasia and air waves from the blast were detected in Germany, Denmark, Croatia, the UK, and as far away as Jakarta and Washington, D.C.

NASA just made headlines across both the mainstream media and the underground, with their photo of an incredible, almost perfectly rectangular iceberg in Antarctica. Located just off of the Larsen C ice shelf, this absolutely monolithic slab of ice appears to have been cut deliberately. Whatever caused it to form, it appears extremely unnatural. The…

The movie Eight Heads in A Duffel Bag, starring Joe Pesci, comes to mind when hearing about the latest news from the Federal Bureau of Investigation (FBI). Details of an investigation into the Biological Resource Center based in Phoenix, Arizona near 24th Street and University Drive have been released recently. The FBI raided the facility…