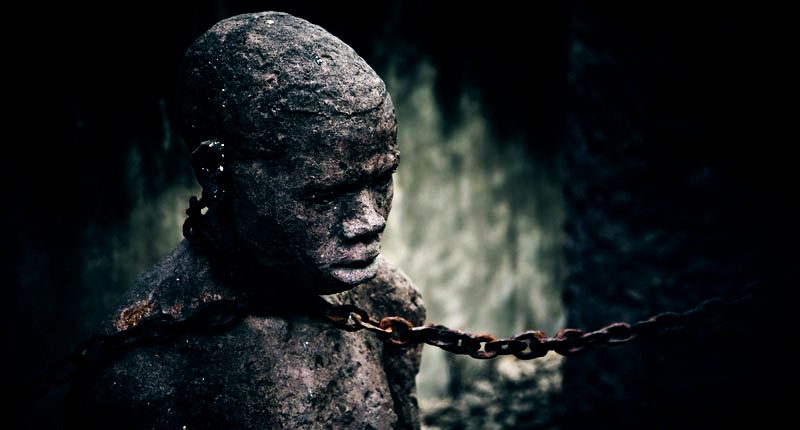 The prison industrial complex is a big business, that makes money for any sector of employment that is willing to use what is basically slave labor. The private prisons in particular are a dream come true for corporations.

On a huge scale, prisoners are being “contracted” for work, and the incentive for the system to imprison people is even growing despite the fact that the US prison system is already proportionately the largest in the world. Prisons are backed by Wall Street, backed by banks, and backed by a whole powerful structure.

Reading from a book titled “Prison Privatization: The Many Facets of a Controversial Industry”:

“Now prison labor based in private prisons is a multimillion-dollar industry with its own trade exhibitions, conventions, websites, and mail-order/Internet catalogs (Pelaez 2008). . . . The industry also has direct advertising campaigns, architecture companies, construction companies, investment houses on Wall Street, plumbing supply companies, food supply companies, armed security, and padded cell manufacturing, all of which rival those of any other private industry (Pelaez 2008). Furthermore, private prisoners at the state level produce a variety of goods and services, from clothing to toys to telemarketing and customer service (Erlich 2005). The private federal prison industry also produces nearly all military goods, from uniform helmet to ammunition, along with durable goods ranging from paint to office furniture (Pelaez 2008).”

The intimate and blatantly corrupt politics within this corporate prison system are on open display. Longer sentences for inmates are lobbied for by corporate stockholders. Their workforce is expanded from these lobbying efforts, and as said by a study from the Progressive Labor Party, “the system feeds itself.” The PLP is cited as comparing the prison system to concentration camps and involuntary slave labor in Nazi Germany, saying it is “an imitation of Nazi Germany.”

In America, the fact is prison labor, as well as the police themselves, are rooted in racism and slavery. At the mid-late 1800’s, after slavery officially ended with the Civil War, prison labor for incarcerated blacks continued the era of slavery under a new name (which wasn’t the primary reason for the war because neither side cared about the slaves as much as they claimed, but that’s another topic).

Centre for Research on Globalization notes:

“Prison labor has its roots in slavery. After the 1861-1865 Civil War, a system of “hiring out prisoners” was introduced in order to continue the slavery tradition. Freed slaves were charged with not carrying out their sharecropping commitments (cultivating someone else’s land in exchange for part of the harvest) or petty thievery – which were almost never proven – and were then “hired out” for cotton picking, working in mines and building railroads. From 1870 until 1910 in the state of Georgia, 88% of hired-out convicts were Black. In Alabama, 93% of “hired-out” miners were Black. In Mississippi, a huge prison farm similar to the old slave plantations replaced the system of hiring out convicts. The notorious Parchman plantation existed until 1972.”

Corporations such as Motorola, Microsoft, IBM, AT&T, Dell, Wireless, and Boeing utilize prison labor and some inmates get a mere $2 an hour. These are some corporations who use prison labor.

This is a corporation with historical, deep ties to the military industrial complex. In 1993, they made a move to become even bigger. Thousands of their telephone operators were laid off, all union members, in a bid to increase their profit. While maintaining a public facade that they are opposed to prison labor, they hired prisoners to work for $2 a day in their call centers.

Victoria’s Secret holds sway in the pen like a gang set. At least that’s the implication of the fact that in the late 1990’s, 2 prisoners were taken away to solitary confinement for reporting to journalists that they were hired by the company to replace garment tags that read “Made in Honduras” with “Made in U.S.A.” tags.

You already know about McDonalds: they’re like the Wal-Mart of fast food, but internationally hated. Despite whatever face they try to put on for the public, they seem to be in a PR ditch they will never emerge from.

But they probably have enough money to trudge by and continue operating. They have prisoners produce McDonalds uniforms, containers, cutlers, and all kinds of things. The prisoners of course barely make any money.

This company provides food to schools, hospitals, and colleges. You know the kind of processed foods hospitals have and it is astounding because people should be trying to eat healthy in hospitals? This company is affiliated with that. 600 prisons are fed by Aramark in what is damn near a monopoly. A history of poor food quality and service has led to drastic events, such as a prison riot in Kentucky in 2009.

When BP inflicted irreparable damage upon the ocean and spilled oil into the Gulf of Mexico, who cleaned it up? Well they tried to dump even more toxic chemicals on it to clean it up and disguise the damage, but the dirty work was done by their hired prisoners.

Almost entirely African American, a workforce of inmates were sent to clean up the BP oil spill despite the fact that all kinds of coastal residents were desperate for work. They received tax breaks and more profit.

As McDonalds is the Wal-Mart of fast food, Wal-Mart is the… Wal-Mart of department stores. Outside of America, most people just know the store by the funny YouTube videos “People of Wal-Mart.”

Surprisingly they are vocal in opposition to prison labor. However, they still use it. A ton of products in their stores are supplied by “third party” factories that use prison labor. Prison farms are partnered with Wal-Mart.

What, you thought Whole Foods was a good company? Don’t trust a single large corporate chain, ever. Whole Foods buys fish and cheese produced by private prisoners, paying them.74 cents a day. Prison tilapia, a notoriously bad fish product, sells for $11.99 a pound at Whole Foods.