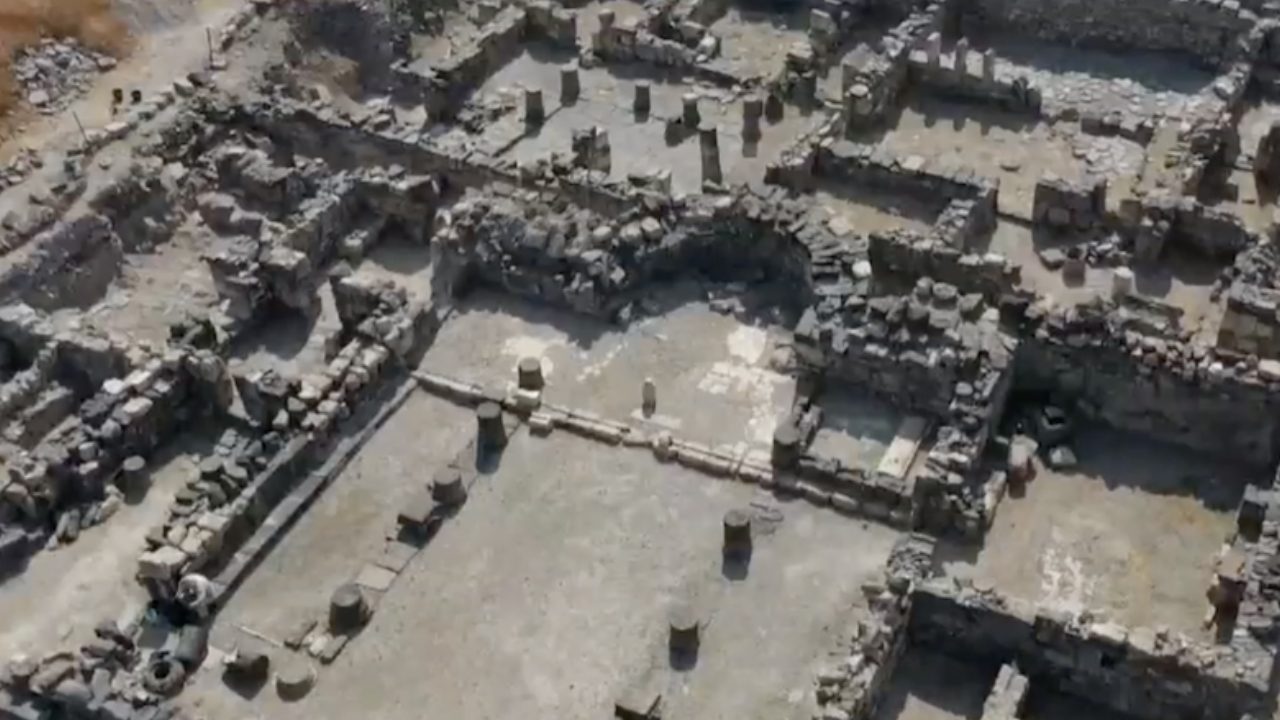 For thousands of years man has searched far and wide for evidence of the Jesus of the New Testament for and wide. His story has not only helped found many religious sects throughout the world, but has influenced billions around the world to adopt Christian values and practices in many regions of the planet.

Historians and anthropologists as well as religious researchers and scholars have discovered many artifacts and sacred articles pertaining to Christianity and, in particular, Jesus of Nazareth. From the Shroud of Turin to the Crown of Thorns, his legacy lives on and continues to be a focal point for many devotees and followers around the globe.

The most recent finding is a mosaic which depicts Jesus feeding 5000, also referred to as Jesus Feeding The Multitude in several of the Gospels. This beautiful work of art was unearthed by archaeologists in an ancient city near the Sea of Galilee. 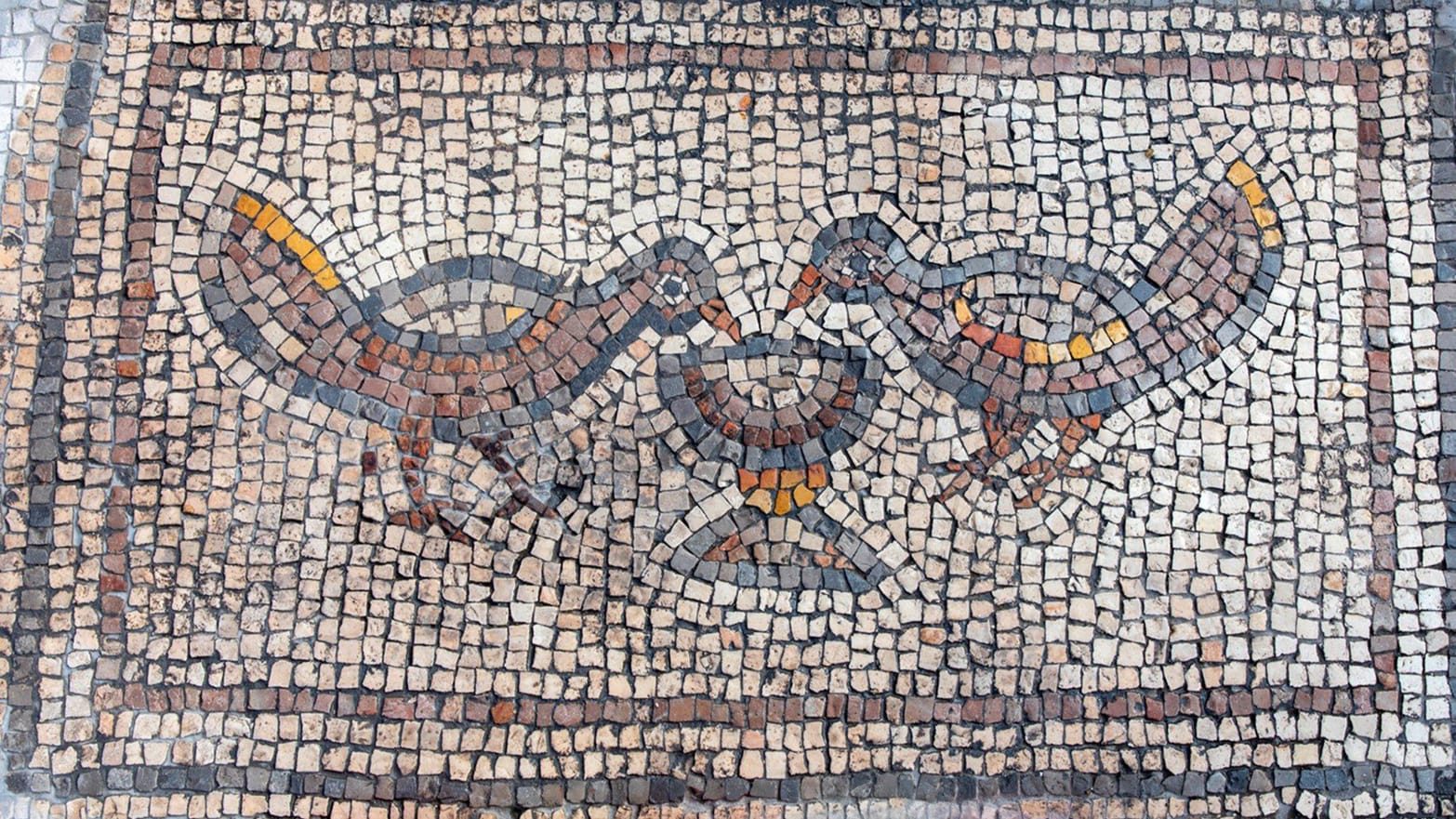 This mosaic is believed to date back about 1500 years and has brought much joy to the archeologists who have the entire summer searching the area for historical evidence.

The mosaic paved floor seems to have been very well preserved by thick layers of ashes since the site of it, the Burnt Church in Hippos, northern Israel, was destroyed by a fire around 700AD.

Hippos is located in the heart of the Holy Land overlooking the Sea of Galilee, once a Greco-Roman city. 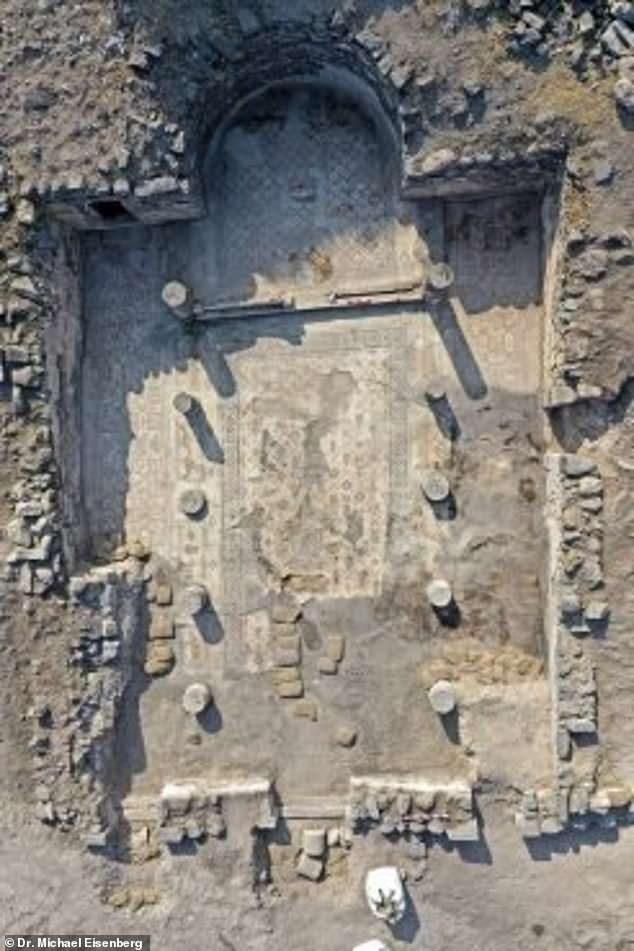 The scene depicted by the mosaic seems to support one of the miracles performed by Jesus Christ in the New Testament in which he used just five loaves of bread and two fish to feed 5000 followers gathered on the bank of the Sea of Galilee.

The Burnt Church was discovered by a team from the University of Haifa in 2005 although the archaeological dig was begun only this summer.

Dr. Michael Eisneberg, the head archeologist on the Burnt Church dig, reported to MailOnline that although there may be different explanations for descriptions of loaves and fish in the story, it is difficult to ignore the similarity of the imagery depicted in the mosaic to the story in the New Testament.

He also stated that historians may have to reconsider the generally accepted location of the miracle as a result of the recent discovery of new evidence. 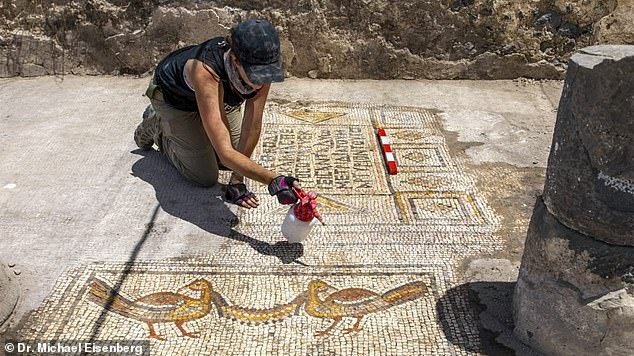 A team from the University of Haifa found the Burnt Church in 2005, but only began the dig this summer

Until recently, the Church of The Multiplication in Tobago, northwest of the Sea of Galilee was accepted as the possible location of the Feeding of The Multitude. However, by carefully interpreting the reading of the New Testamentit may be evident that the miracle took place north of Hippos within the city’s region.

According to the scriptures the Jesus crossed the water to the northwest after having fed the 5000, which means the miracle had to have taken place at the place where he began to cross the water rather than where he ended up.

Also, Esienberg explains that the mosaic located the the Church of Multiplication only depicts four loaves of bread rather than the five as told by the story in the Gospel, which is depicted more accurately at the mosaic at the Burnt Church in Hippos.

The city of Hippos was abandoned around 600AD after is was devastated by an earthquake.

Hamburger chef Jamie Oliver has won his long-fought battle against one of the largest fast food chains in the world – McDonalds. After Oliver showed how McDonald’s hamburgers are made, the franchise finally announced that it will change its recipe, and yet there was barely a peep about this in the mainstream, corporate media. Oliver…