Another highly dubious video was posted by the YouTube Channel Apex TV, which once again shows a person claiming to be a time traveler. As with previous installments from Apex TV, the character in this clip does not actually offer any proof of his travels, but he does give an interesting account of what things could be like in the future. 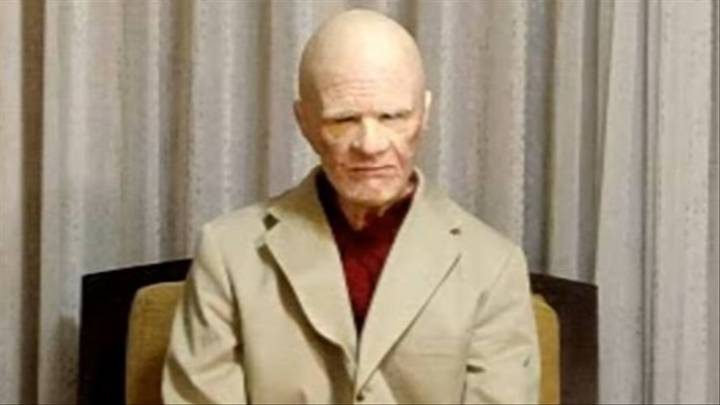 The man in the video claims that his name is Gerard Gardner, and he says that he traveled forward in time to the year 2300 and was able to somehow make it back. I know, it sounds crazy, but this channel has over 1,000,000 subscribers, many of whom seem to take these types of claims seriously.

In the video, Gardner explains that he was an agent for the English government, who was involved in a secret military program in the late 1980’s, which sent him to the future.

Gardner claimed that floating cities are used in the future because they can move around easily, and for some reason, create less pollution. He said that this type of thing was possible thanks to Anti-gravity techniques, that could levitate an entire city.

Gardner also said that the future is filled with work camps, where rule-breakers are sent to pay their debts to society. He also claimed that the worst criminals in society get their consciousness uploaded to a computer, where they are imprisoned and enslaved for eternity.

Oddly enough, he also claimed that there was no money, no banks, and no war in the future. Gardner seemed to think that the future was a pretty great place. In fact, during one point in the video, he broke down into tears and told the audience that he would have loved to stay there if he could have.

What do you think about the Apex TV time travelers? Does anyone out there believe this stuff?

By: Nathan Wellman via usuncut.com North Dakota is moving forward with construction of its DAPL pipeline despite a representative from the United Nations explicitly calling on the United States to halt it. Victoria Tauli-Corpus, the UN Special Rapporteur on the rights of indigenous peoples, issued a press release last September that was officially issued by the Office of the…

It’s one of my favorite scenes from Good Will Hunting. A pertinent scene to the principles of liberty in its condemnation of killing people abroad who have done no harm to you personally. In the scene Matt Damon, playing as Will Hunting, does an interview with the NSA and explains the nightmare scenarios that could…