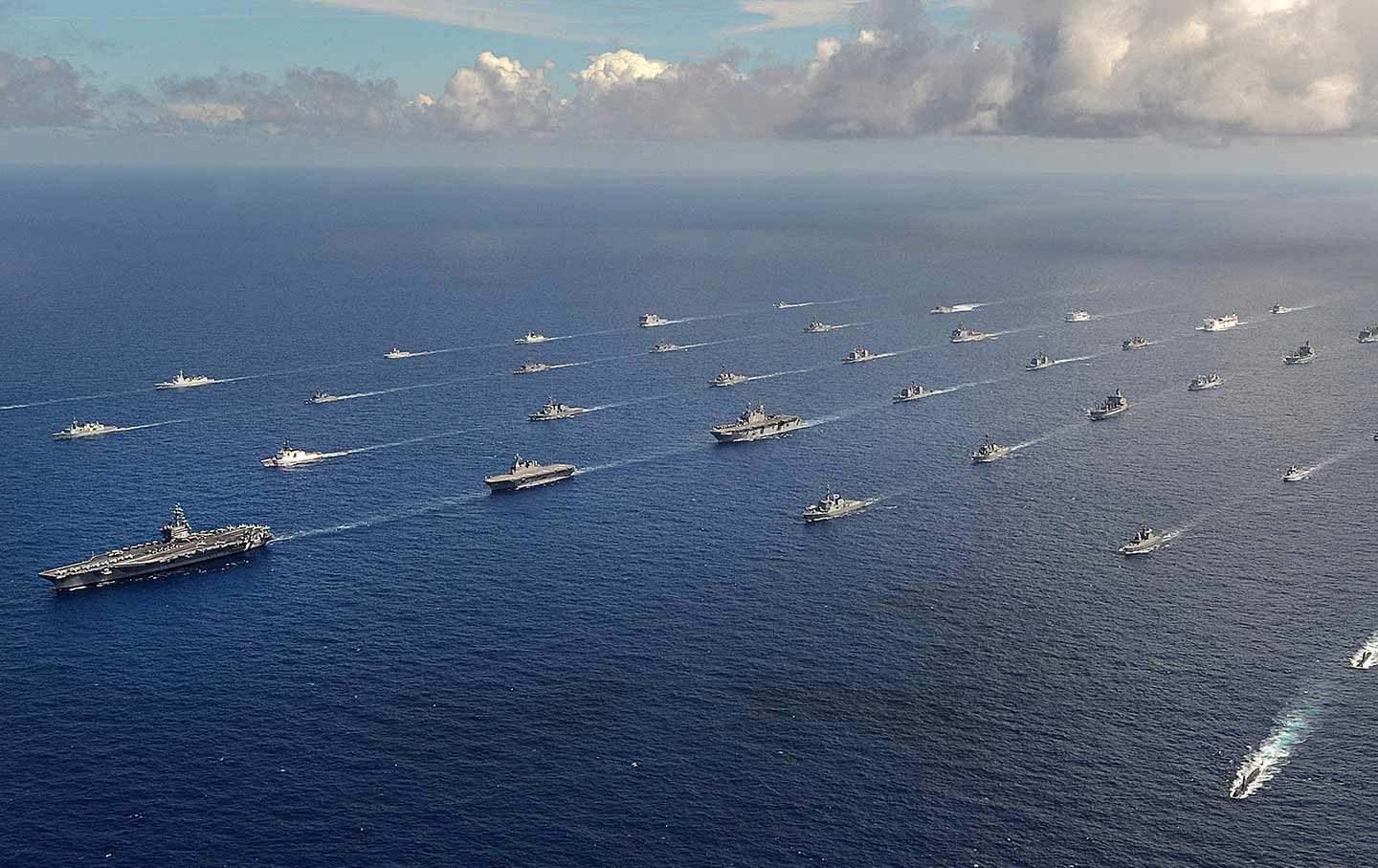 The US Marines are conducting war game operations in the Pacific theater as tensions continue to rise with China. In the recent exercises, the 31st U.S. Marine Expeditionary Unit (31st MEU) seized a small island in the Pacific ocean. The military is calling this an island hopping strategy and involves forces taking over one island at a time, and staging strikes from the new territory. 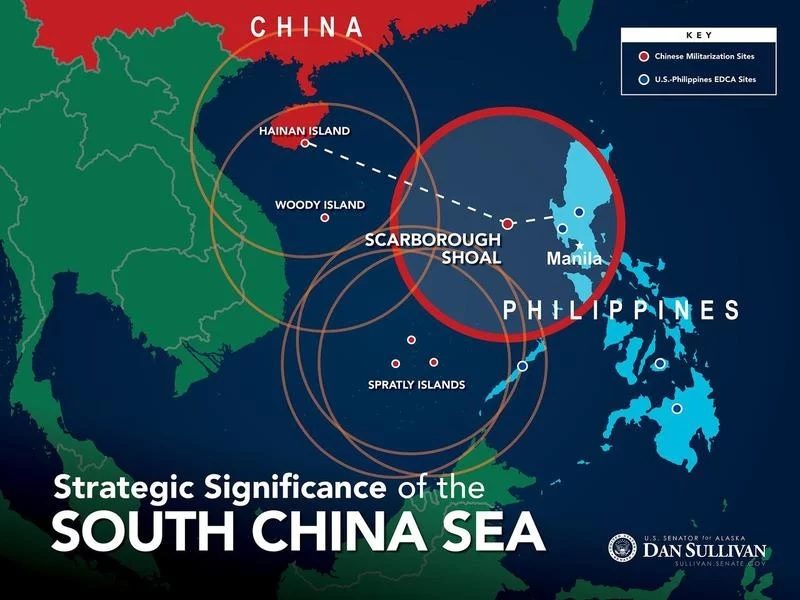 The Marines were training for a very specific strategy which would presumably be used if there was ever a war with China.

“This entire mission profile simulated the process of securing advanced footholds for follow-on forces to conduct further military operations, with rapid redeployment,” the Marines said in a statement.

In a statement last week, Chairman of the Joint Chiefs of Staff Marine Corps Gen. Joseph Dunford even called out China by name.

“It is critical for us to be able to project power in the context of China, and one of the traditional missions of the Marine Corps is seizing advanced bases. If you look at the island chains and so forth in the Pacific as platforms from which we can project power, that would be a historical mission for the Marine Corps and one that is very relevant in a China scenario,” Dunford said. 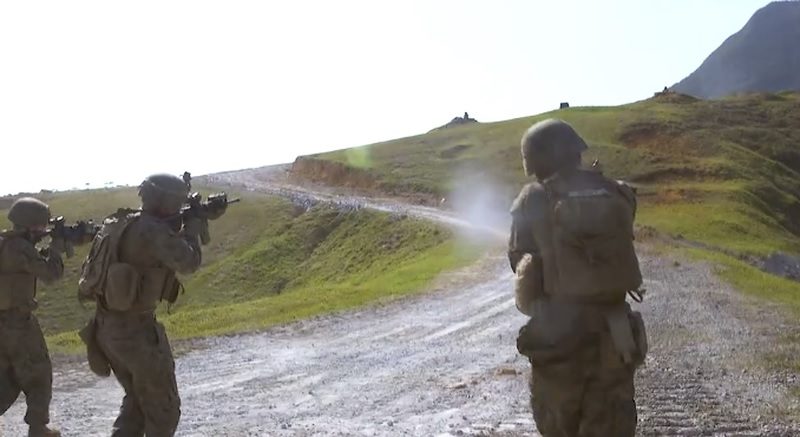 “If you look at the island chains and so forth in the Pacific as platforms from which we can project power, that would be a historical mission for the Marine Corps and one that is very relevant in a China scenario,” he said.

The US military is concerned that China is developing strategic bases on islands throughout the Pacific ocean.

According to Zero Hedge, “The U.S. military has entered a new phase of power competition with rival China. In the South China Sea, China has constructed military bases on artificial islands to extend its reach, while the U.S. Navy continues to use freedom of navigation operations to sail its destroyers within ten or so miles from these islands to telegraph that the US will not allow Chinese expansion in the world’s busiest naval transit route to continue unimpeded.” 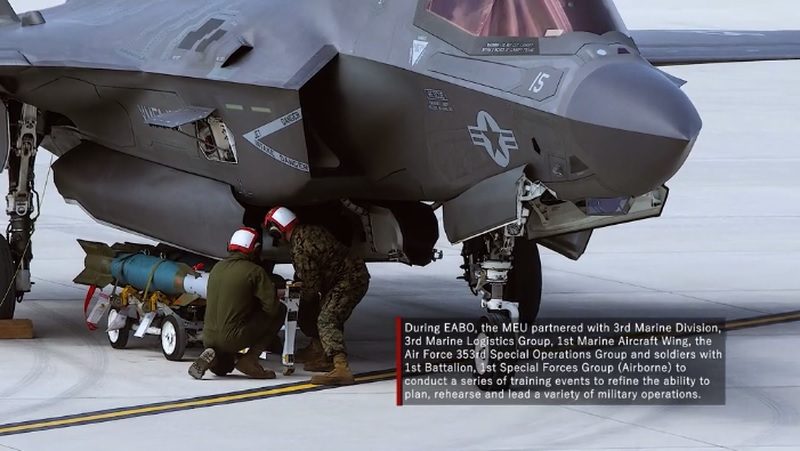 The mission began with the Marines securing an airfield on Japan’s Ie Jima Island. Once the island with the airfield was secured, troops began to build it as a base and refueling point for C-130J Super Hercules and F-35B Lightning II fighter jets, which were “armed to conduct expeditionary strikes with inert precision Guided Bomb Units.”

31st MEU commanding officer Col. Robert Brodie said in the statement that the mission was a success.

“We are ready to rapidly seize ground and project lethal combat power. The Indo-Pacific region is incredibly dynamic, so we prepare and train daily for real world crises,” Brodie said.

American defense and security analyst Paul Buchanan did not mince words when speaking of the exercise, saying that this is the most likely theater of battle that the US military could find themselves in. 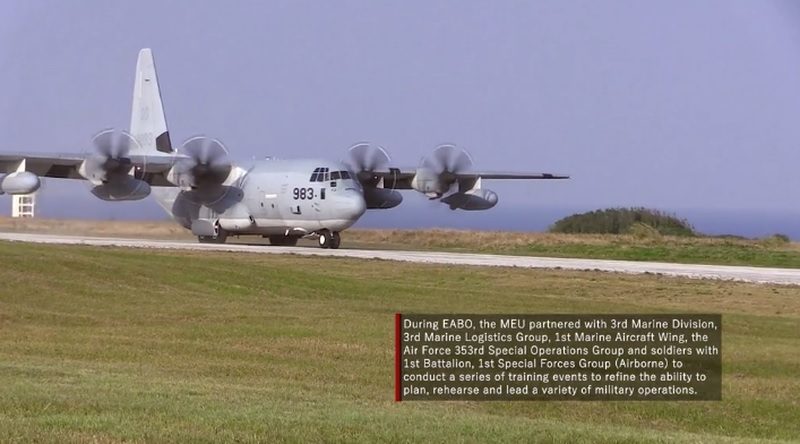 “I don’t think it’s a coincidence that the Marines are engaging in these sorts of exercises because that’s exactly the combat environment that they’re most likely to find themselves in, at least in the near future,” Buchanan said.

The generals involved seemed to suggest that this was a way for the US military to flex their muscles and intimidate China.

“[China’s military is] not a battle-tested military, and that’s one advantage the United States has. The Chinese would be wading into a big problem if they confront U.S. troops in the field. The U.S. has the most experience combat records of any developed nation. You just want to make the Chinese think twice about asserting their claims. That’s a clear signal to the Chinese that they’re not kidding around,” Buchanan said.