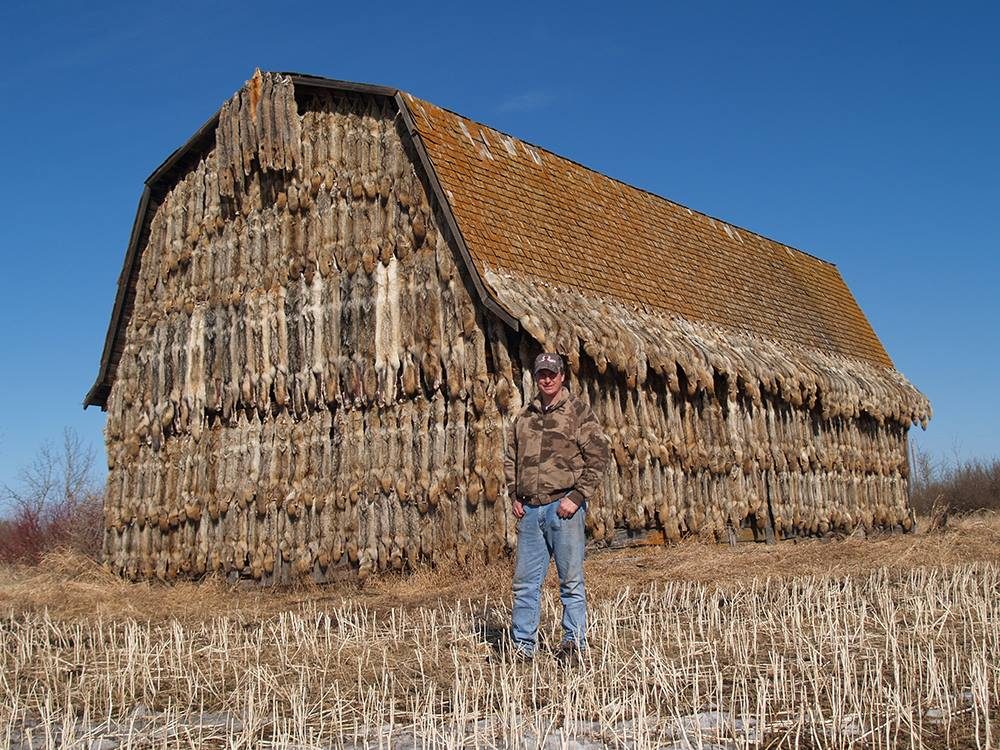 Will Huppertz of Alberta killed 352 coyotes and 31 wolves and used their dead bodies to decorate his home / Photo Credit: Cecil the Lion Facebook group

A hunter decorated his barn with hundreds of dead wolves, and the internet is furious. In his 2012 season alone, Will Huppertz of Alberta killed 352 coyotes and 31 wolves and used them to decorate his barn. Initial reports suggested that these animals were endangered, but that is very far from the truth, Alberta actually has an abundance of wolves and coyotes so it is legal to capture and kill any amount that a person can manage.

Still, this seems like a very savage and grisly thing to do, to decorate your barn with a lifeless creature in this fashion. The house honestly looks like something out of a horror movie, and it is truly disturbing that someone would want to live like that. It also doesn’t seem like a very practical design. There is no way that this design is sanitary or does anything to protect the home or its occupants from the elements. If anything, this design was meant to make a statement, and was possibly even intended to trigger people.

Will Huppertz of Alberta killed 352 coyotes and 31 wolves and used their fur to decorate his barn / Photo Credit: Cecil the Lion Facebook group

It is important to stress that nothing this man did was illegal, and in fact, this type of hunting is actually encouraged by the local authorities. This season, 1,103 coyotes and 25 wolves were captured or killed this season, which is up from the number of 803 last season.

Matt Janz, director of ag and waste services told the Bonnyville Nouvelle that they are doing their best to maintain the population numbers.

“Our council at the time felt that they didn’t really know the coyote numbers, and just to be on the safe side, they didn’t want to have the numbers out of whack,” Janz said.

“Obviously, there were a lot of coyotes because we had over 1,100 (brought in),” he added.

Janz says that this program has been going on for over 14 years, after complaints from farmers about their livestock.

“The issues that some of our residents have with them are predation, which is the killing of livestock,” he said.

Coyotes are considered pests under the Alberta Agriculture and Forestry Pest Act which leaves them wide open for any type of extermination, including poisons, however, Janz says that local officials have avoided that solution thus far. 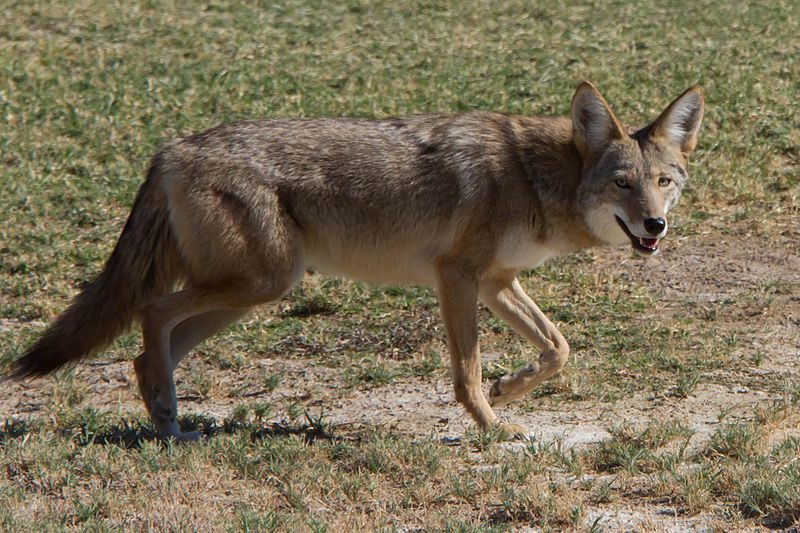 “We felt that we preferred not to use poisons out there. We felt that this way is more targeting the right and problem animals,” he says.

There are very few requirements to obtain a license to hunt these animals, and really only requires written permission to hunt on private land.

Those who participate have to be licensed to trap and show proof of permission to hunt on private land.

Hunters are even paid for killing the animals, and receive $15 for each coyote and $75 per wolf brought into the authorities.

“The wolves are a lot harder to control and manage, so we put a little larger incentive on them. We try to make sure that all the hides are utilized, used as fur, that they’re not going to waste, that the animals aren’t killed for no reason, and they can be used for other purposes,” Janz says.

Janz also explained that authorities will tweak the program as they go along and monitor the numbers of the animals in the wild. Their goal is to encourage a healthy ecosystem by maintaining a balance in the animal populations.

“At the end of the day, we’re not out there just to kill all the animals. It’s a tool for management. When the numbers are high, we want to make sure that the tools are there for that purpose and if the numbers drop below a threshold, then we suspend the program,” Janz says.

Even though these animals are overpopulated in the area, it still seems a bit barbaric to decorate your barn with their dead bodies.

The prison industrial complex is a big business, that makes money for any sector of employment that is willing to use what is basically slave labor. The private prisons in particular are a dream come true for corporations. On a huge scale, prisoners are being “contracted” for work, and the incentive for the system to…

Since announcing his run for president, Joe Biden immediately skyrocketed to the frontrunner position of the Democratic party, quickly after announcing his candidacy. Biden has received overwhelmingly positive coverage in the media, despite having recently been exposed as a total creep. It seems that now the only thing standing in the way of Joe Biden…

Corruption: Newly released documents reveal part of what Hillary Clinton was hoping to hide by using a personal email account for official government business. With the Clintons, it’s all about building an empire. Judicial Watch released 276 documents Tuesday that had been obtained through one of its Freedom of Information Act lawsuits. Among the material…