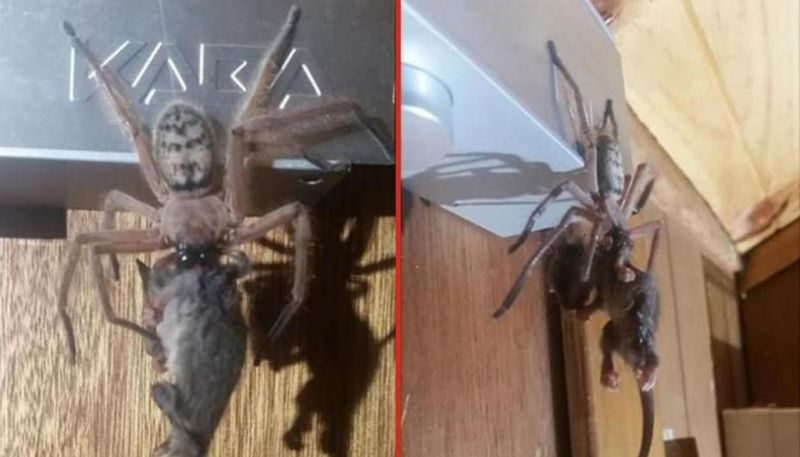 While on holiday at a ski lodge in Tasmania, Australia, a couple of tourists witnessed a truly horrifying scene that will be burned into their memories for many years to come. The couple saw a large huntsman spider eating what looks like a pygmy possum. The incredible sight was witnessed in Tasmania’s Mount Field National Park.

Justine Latton and her husband, Adam, could not believe their eyes, so they snapped a few photos and shared them to Facebook.

“Possum-eating spider! Taken by my husband at a Mt Field lodge,” one of the captions read.

Justine Latton told Fox News that it was the largest spider that she had ever seen in her life.

“Pygmy possums are quite common up there (Mount Field), we reckon the spider probably just saw an opportunity and went for it! It was one of the biggest huntsman spiders he’d ever seen. And Tasmanian Pygmy Possums are the smallest of the pygmy possums, I believe. This one was about the size of a large walnut,” Latton said. 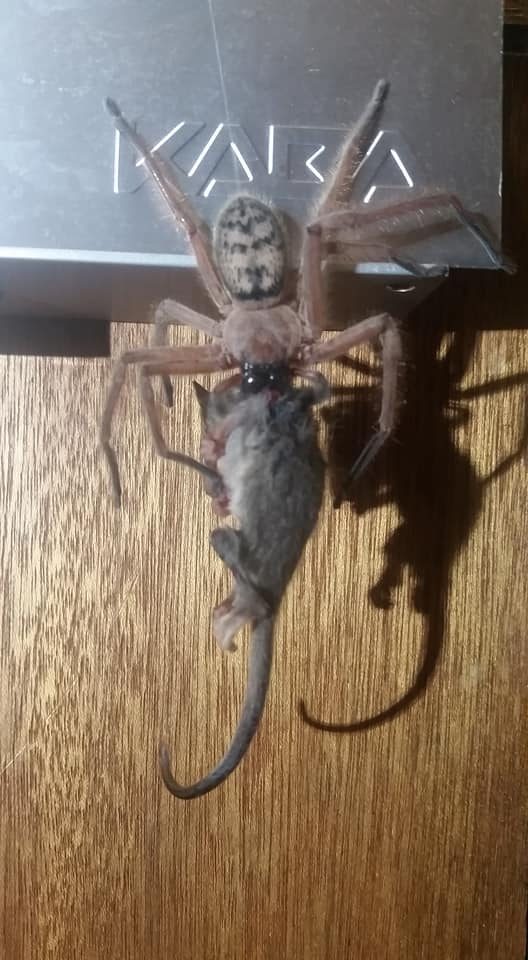 “This occurrence is very unusual, I’m told. Huntsman spiders will sometimes take a small lizard or frog, but mammals are not their usual diet. They had to catch the pair and release them outside, in order to open the door! But no spiders were harmed in the relocation effort (too late for the possum),” Latton added.

The Huntsman spider is the second largest spider in the world, just behind the Goliath Birdeater. These spiders are especially large, but they are even more terrifying because they are fast.

In southern Africa, a family of this species is known as rain spiders or lizard-eating spiders. These spiders even exist in some parts of the Americas, and even the United States. 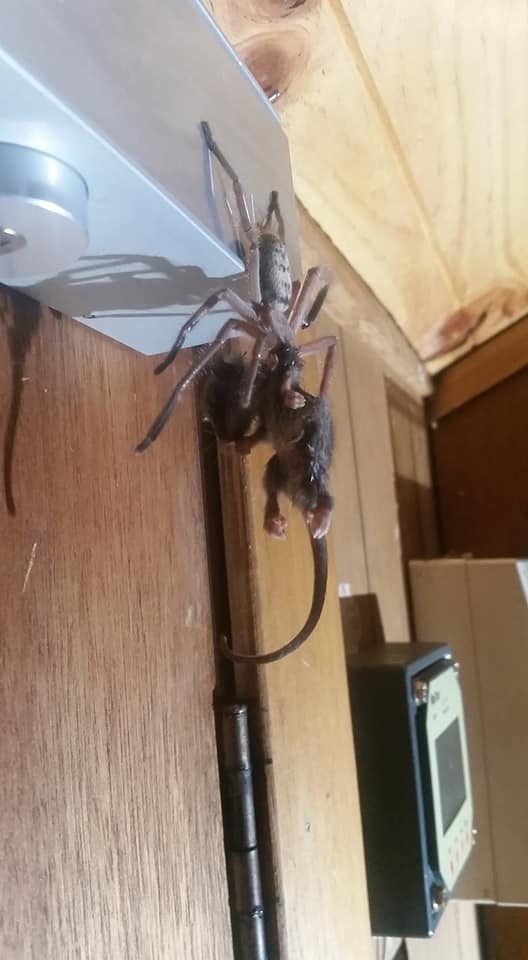 These spiders tend to live under rocks, bark and similar shelters, but human encounters are commonly in sheds, garages and other infrequently-disturbed places.

Huntsman Spiders have an extremely toxic venom as well, so it is best to be careful if you happen to encounter one.