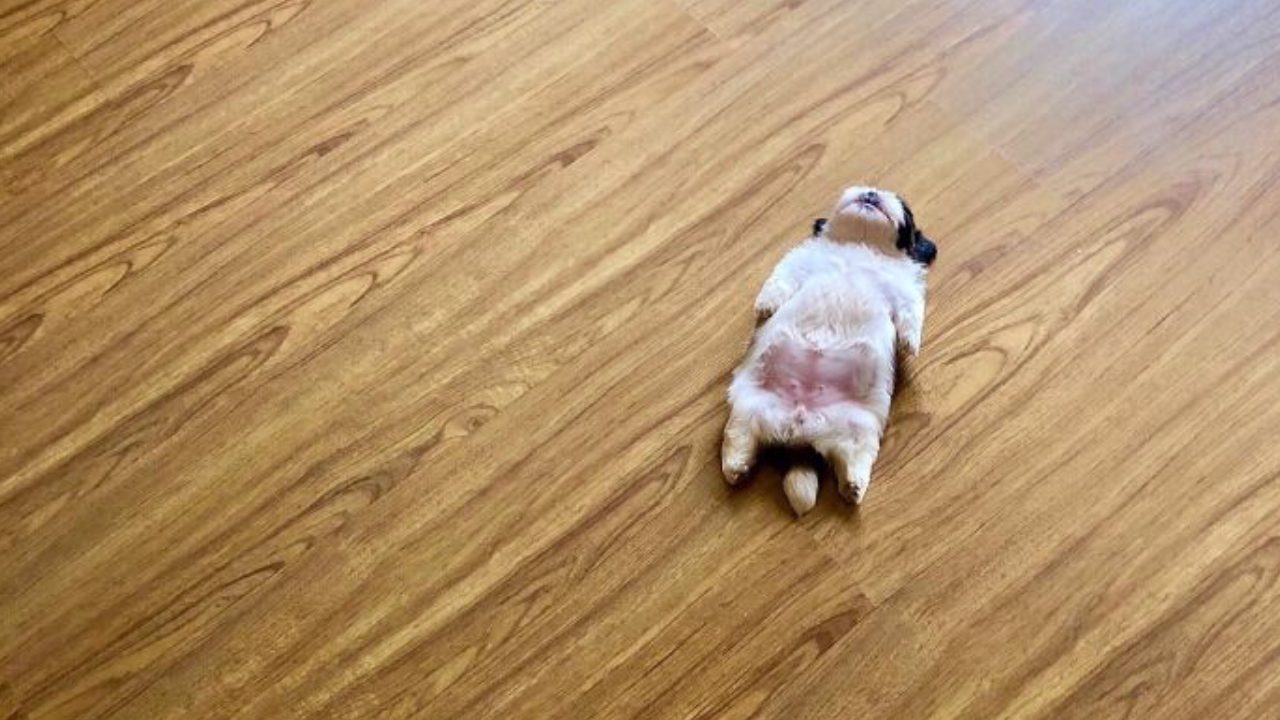 The dogs owner, Janess Cua, posted photos of the dog sleeping to the Facebook group Dog Lovers Philippines. The images showed Paningning sleeping on the ground with her back on the floor much like a human would.

Some people believe that the animal looked like she was “turned off” when she slept, while others just pointed out that she seemed to be resting like a human. 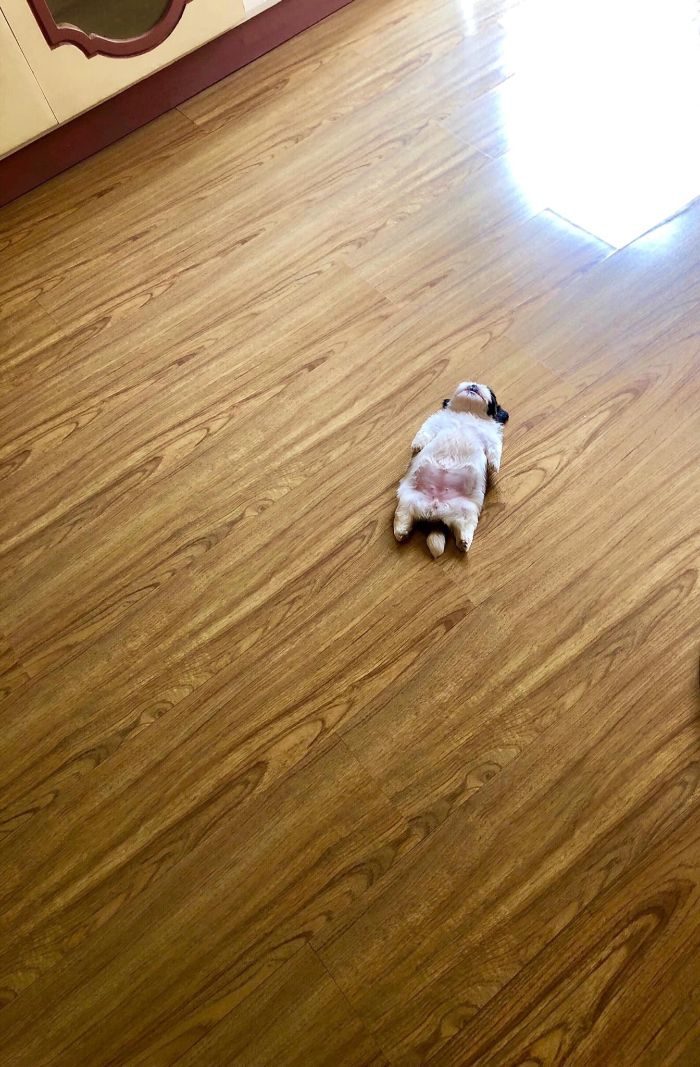 The photos quickly went viral and turned Paningning into a new viral internet sensation, with tens of thousands of new followers on her personal Instagram page. 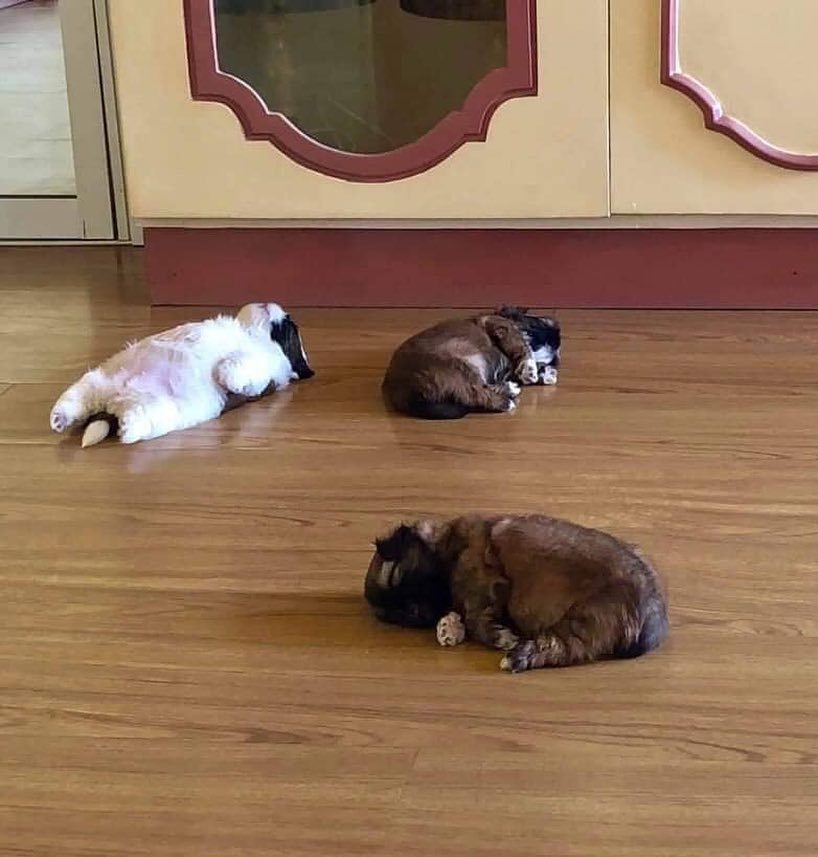 Just like humans, dogs are unique and each find different ways of being comfortable when they sleep. Experts believe that sometimes dogs sleep on their backs with their bellies exposed to help regulate their body temperature.

Since the layer of fur on a dog’s belly is much thinner than the fur on the rest of their body, it is much cooler for them to sleep on their backs with their bellies exposed.

Dogs only have sweat glands on their paws, so leaving the area with the least fur exposed to the air is a good way of keeping cool. 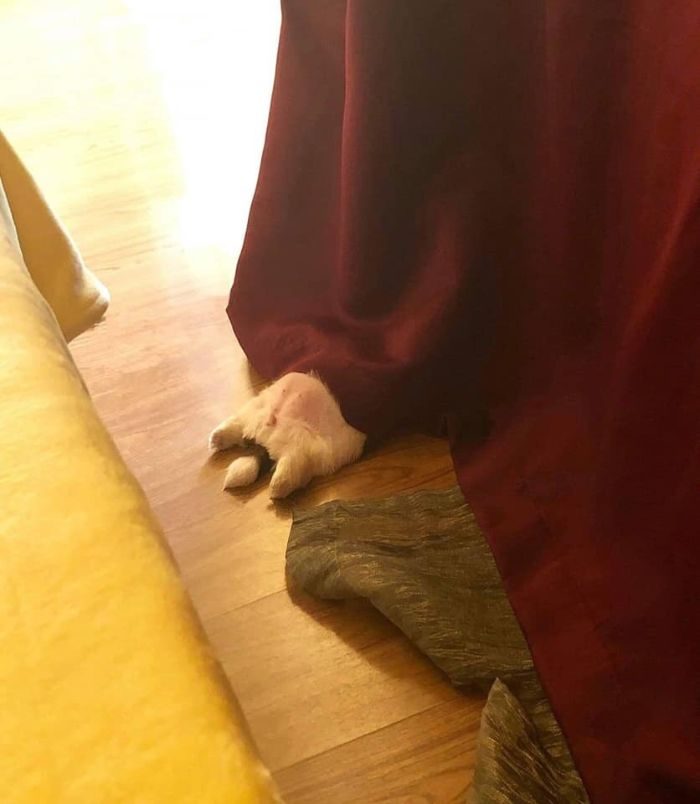 However, a dog or wolf in the wild would never sleep this way, because it leaves them in an incredibly vulnerable position. Animals in the wild always need to be on the look out for potential predators, even when they sleep.

They also need to be ready to flee in a moments notice, especially when they are sleeping. If your dog sleeps on its back, that means that it must feel very safe and secure. 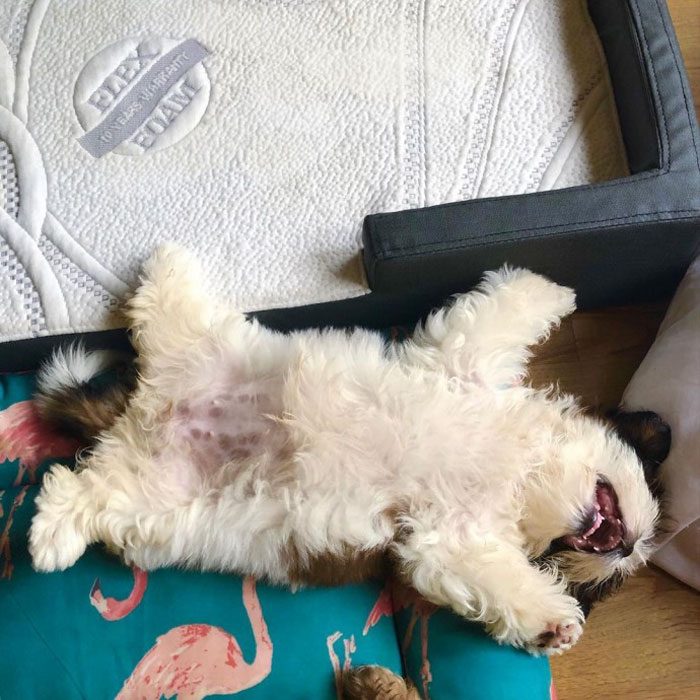 Sometimes, puppies are more likely to take this position when they sleep, but experts are unsure why this position is more common in younger dogs. Even for an animal to sleep on their side, with all of their vital organs exposed, is also a sign of comfort. 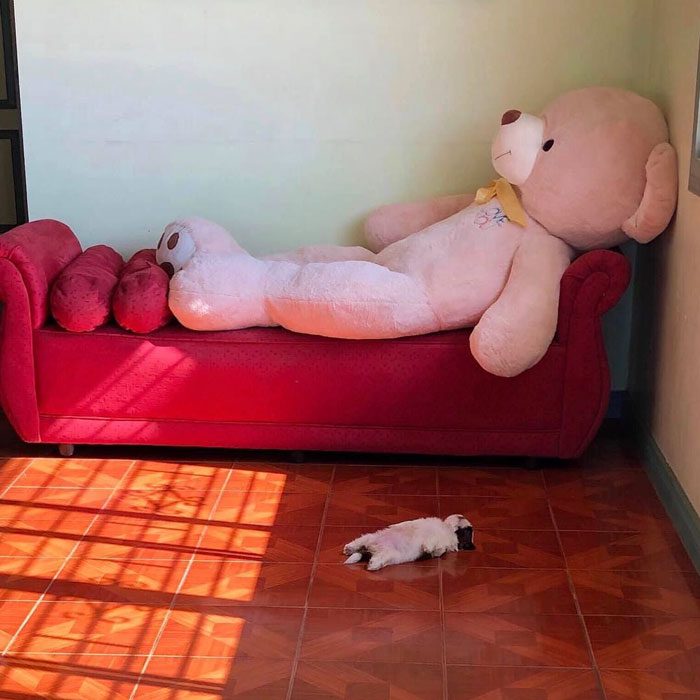 Dogs have all sorts of strange sleeping habbits that confuse humans, but most of them have logical explanations. For example, many dogs will circle their sleeping area or even dig at the floor prior to laying down for a nap.

This is an instinctual drive that goes back in the ancestry of dogs, back to when their wolf ancestors would trample down grass, leaves, or snow to get comfortable. 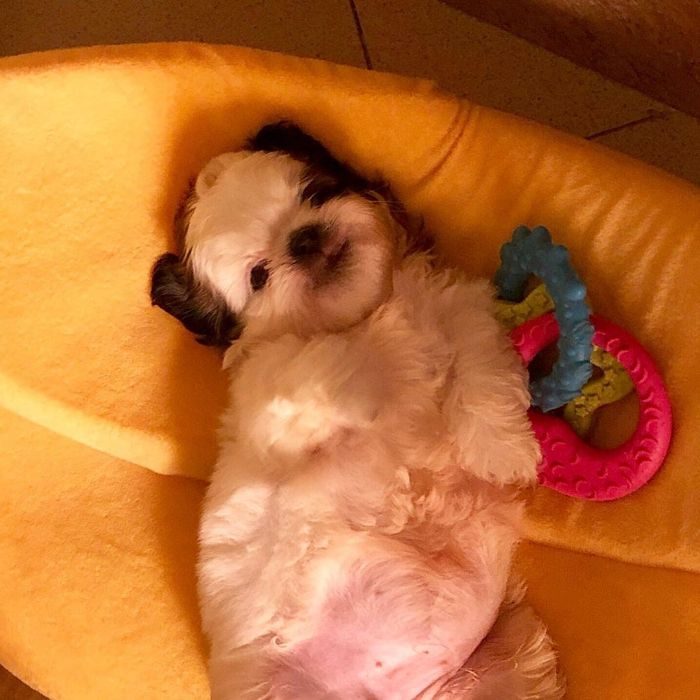 Dogs and wolves in the wild would also dig holes to regulate their temperatures in both the winter and summer.

It is common for dogs to continuously circle their sleeping area, but if this is done excessively, it could be a sign that your dog has some type of pain, arthritis, or a neurological issue. 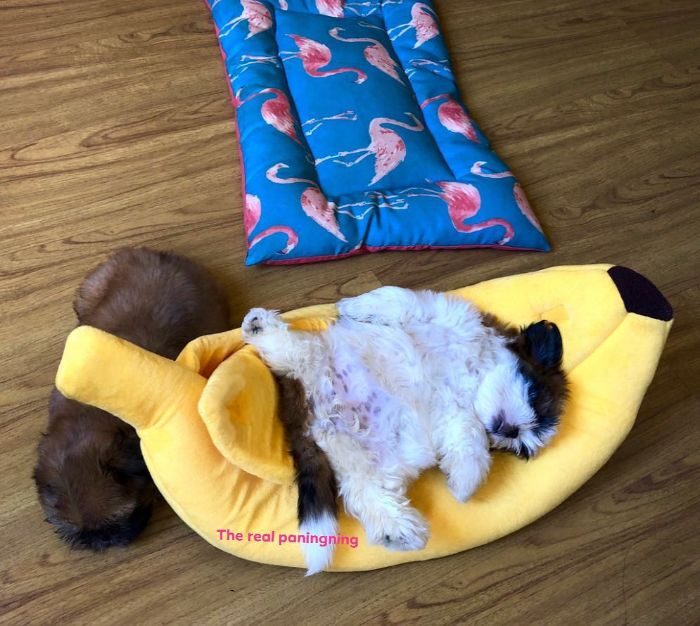 When dogs are dreaming in REM sleep, they tend to move a bit, sometimes kicking and thrashing around.

Some dog owners speculate that the animals are acting out their dreams, and while this is possible, experts are unsure of this connection. 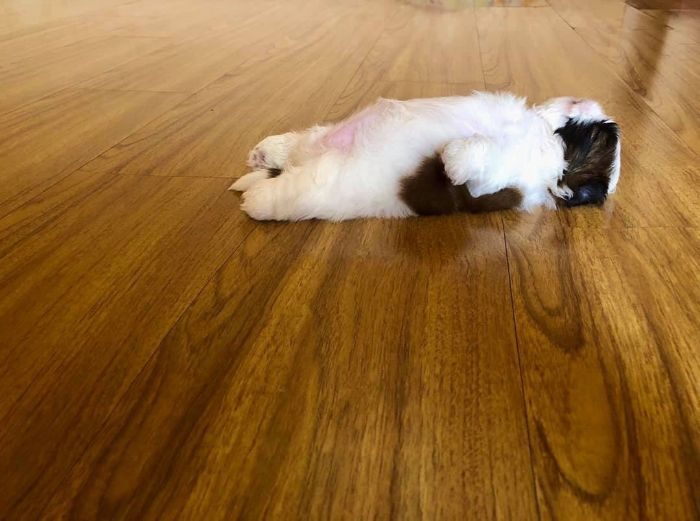 Experts say that when sleeping dogs are twitching and moving around in their sleep, it is best to leave them alone. You are more likely to see dogs move in their sleep when they are very young or very old, but this is another mystery that researchers have not yet been able to explain. 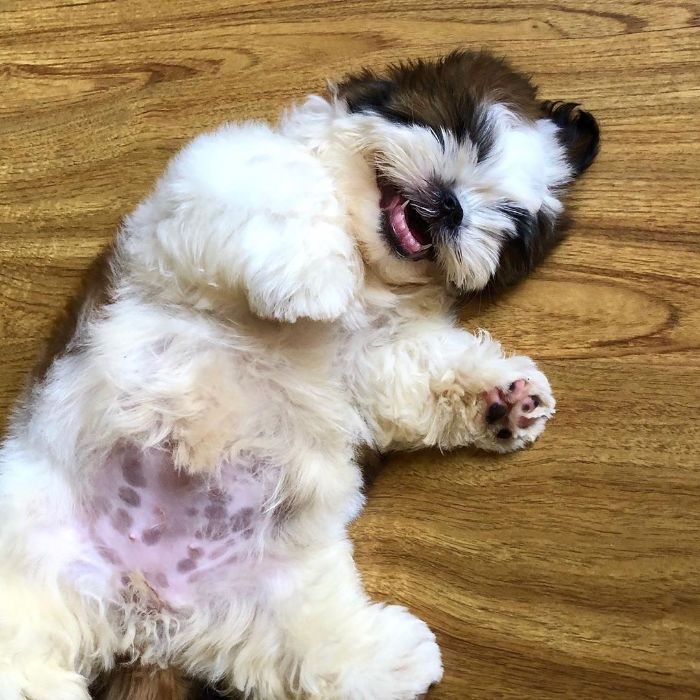 Another explanation that experts have given for dogs twitching in their sleep is that it keeps them warm when they are cold.

Dogs can also have nightmares, just like humans do. Typically, you can tell if a dog his having a nightmare if they are especially loud or twitchy while sleeping.

If this happens, soothing your dog by gently saying its name and petting it usually works to calm them down. 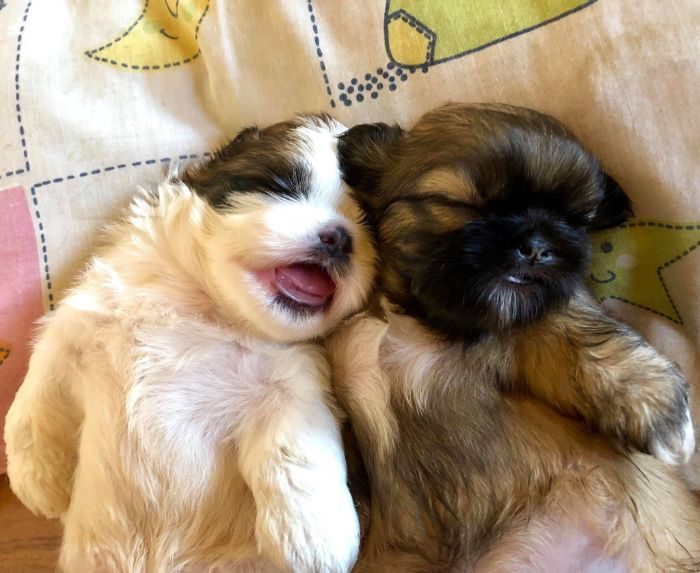 On average, dogs sleep a lot more than people too, and typically need about 12 to 14 hours of sleep every single day.

It is said that big dogs tend to take longer naps than smaller dogs. However, puppies sleep longer than their adult counterparts and need roughly 18 to 19 hours of sleep each day. 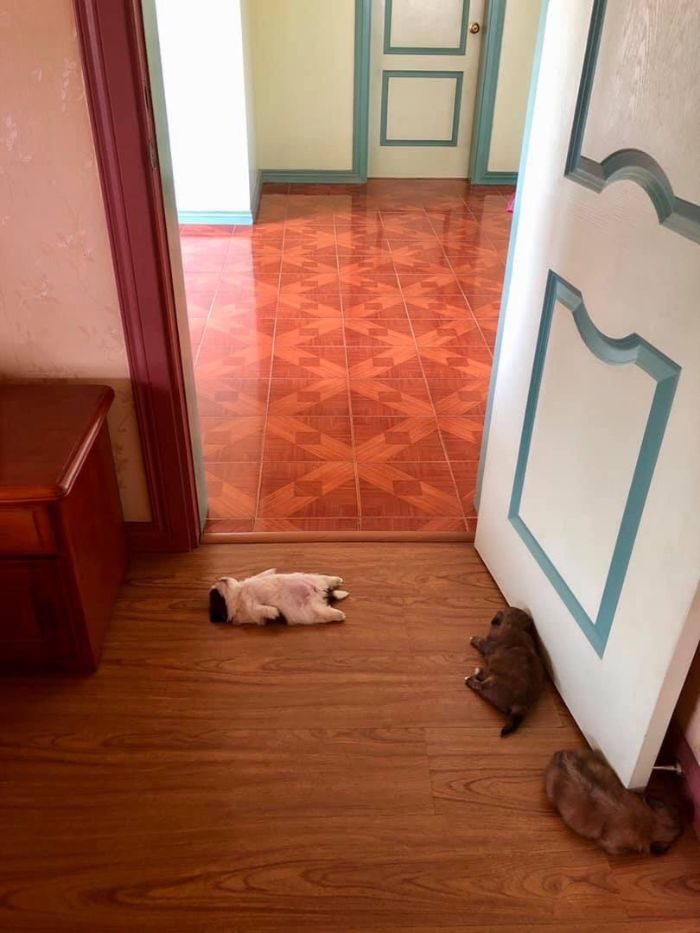 The adorable photos below are just a few examples of what you will find on Paningning the dog’s official Instagram page. 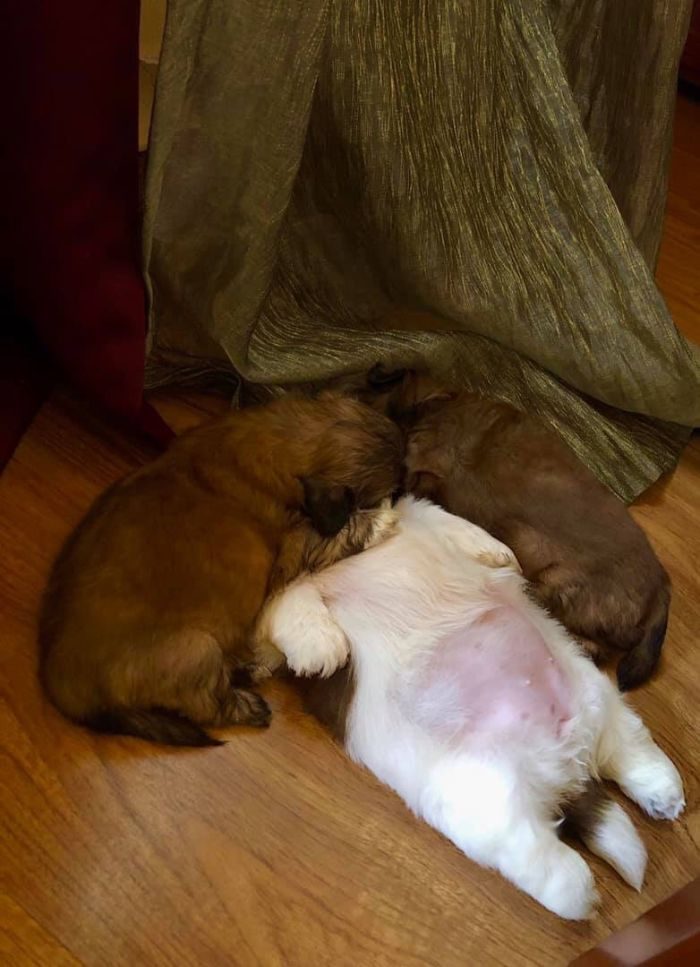 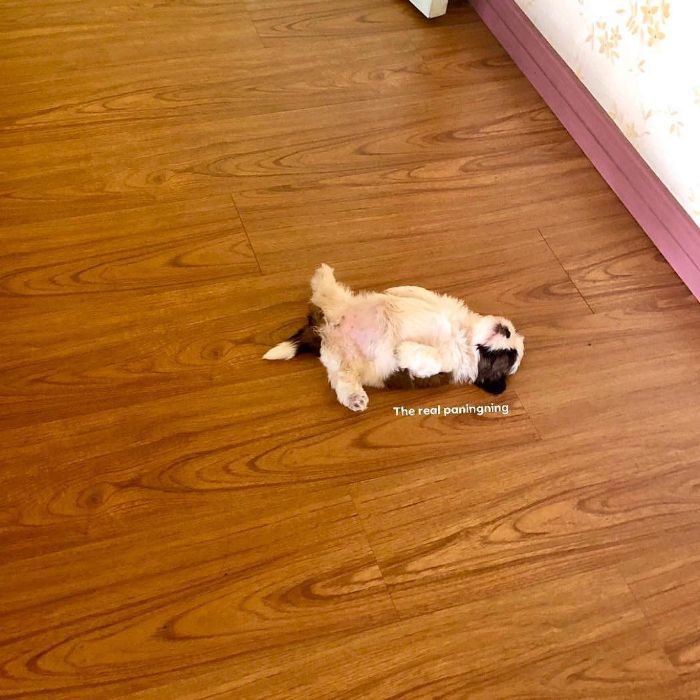 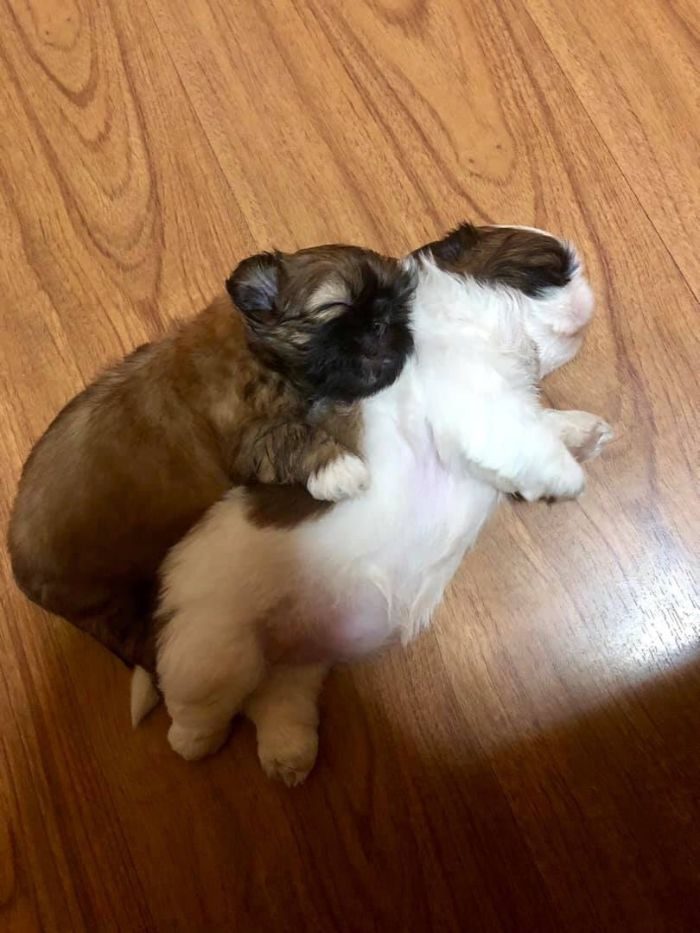 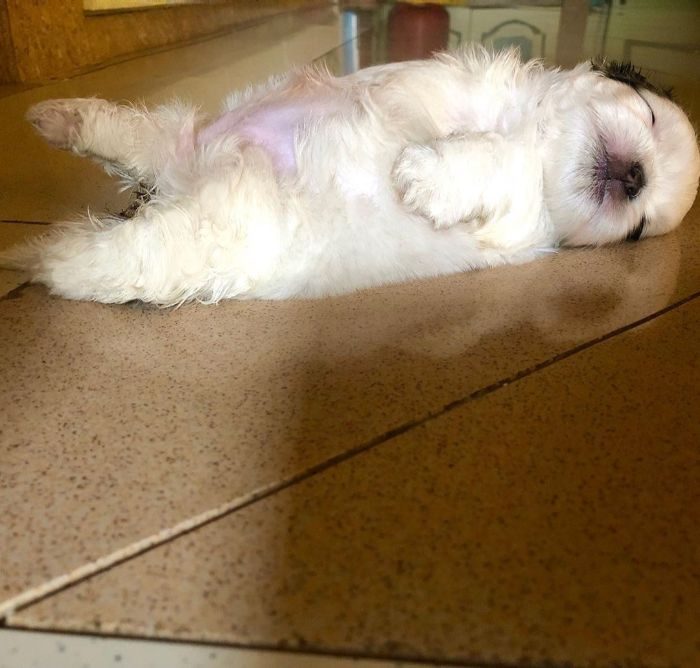 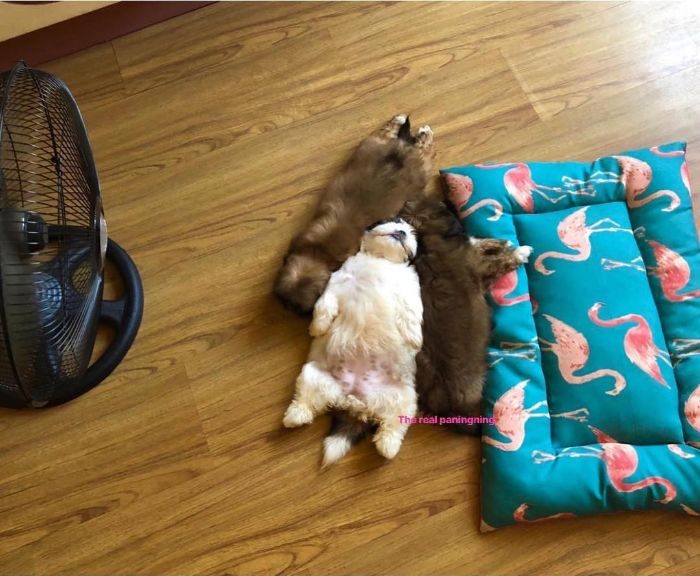 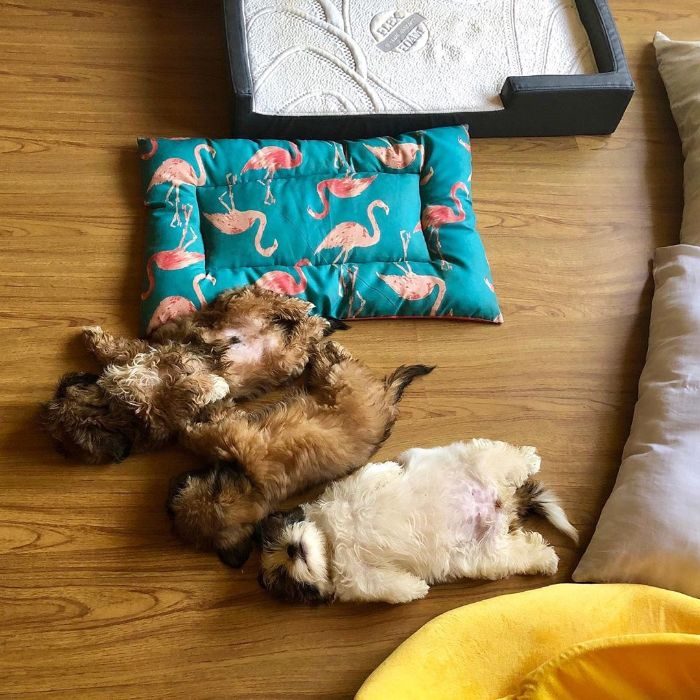 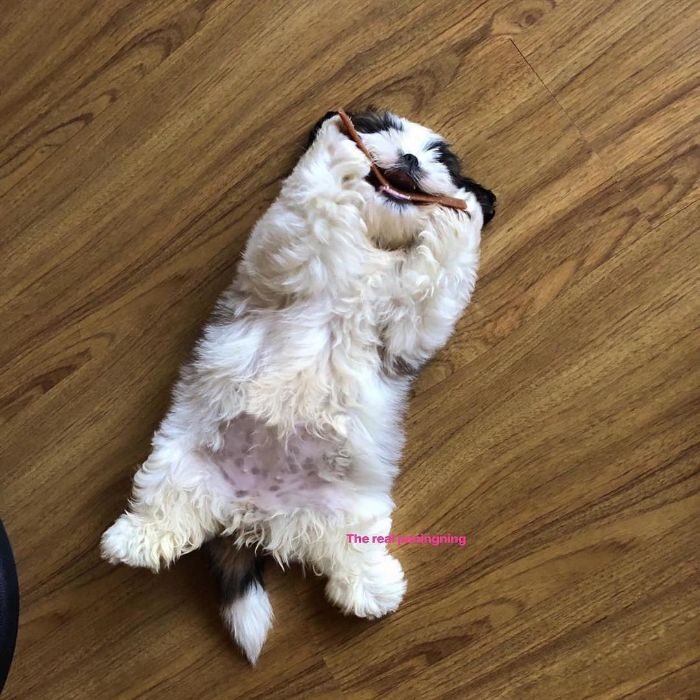 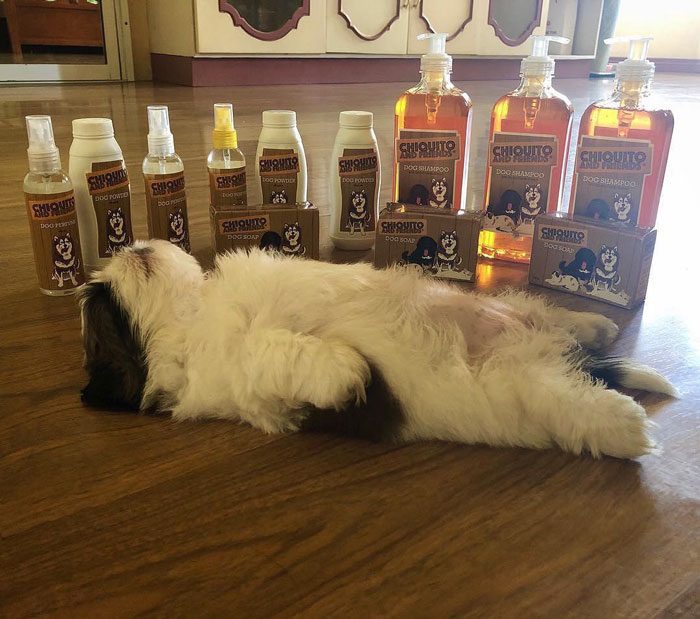 A 74-year-old man was arrested in Bloomington, Indiana after he gave numerous people at his church cookies that were laced with THC. The incident reportedly happened last May when a man named Brian Jones cooked up a batch of special cookies and gave them to his congregation at the St. John’s the Apostle Catholic Church…

A 7.1-magnitude earthquake has hit near the coast of Indonesia, and a Tsunami warning has been issued for 8 different cities in the country. The initial earthquake reportedly occurred in the Molucca sea between the islands of Sulawesi and North Maluku. Researchers at Indonesia’s geophysics agency BMKG estimated that the epicenter of the quake at…