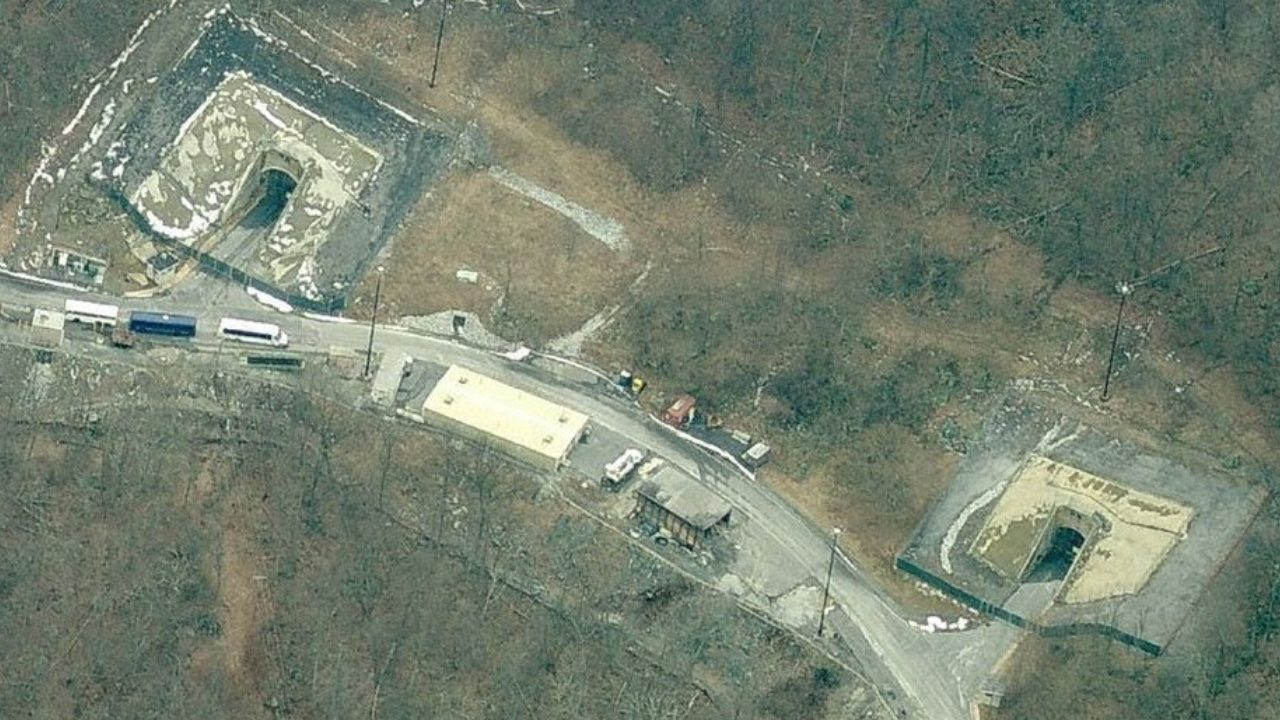 Whether it’s a dollar bill or a lost winter glove, finding something on the cold cement of a parking garage floor isn’t likely to change your day all that much. Still, every now and then, a seemingly worthless item can turn into something so much more—just ask Garrett Graff.

A historian and political author, Graff didn’t think much of the item one of his work colleagues found on the floor of a parking garage. But upon closer inspection, he saw something on the object that piqued his journalistic curiosity. What followed was a life-changing, multi-year hunt into some of America’s most deeply buried secrets…

Political writer Garrett Graff covered a lot of hot-button issues in his lifetime, from the War on Terror to the 2008 U.S. presidential election. But perhaps his most eye-opening research started when his friend handed him something peculiar. 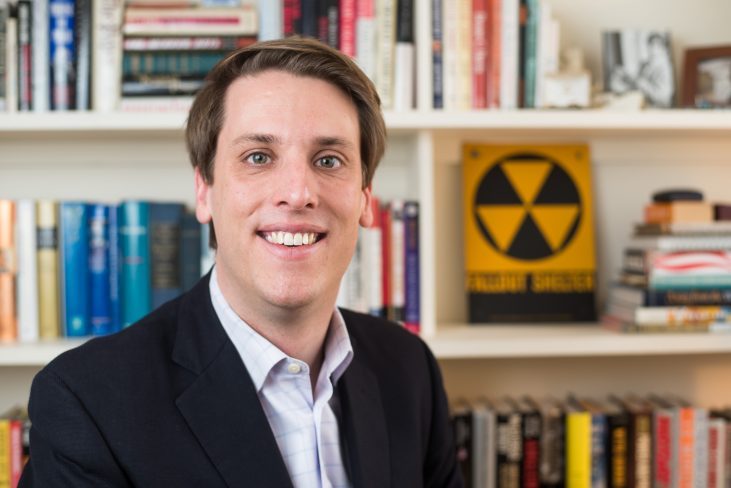 “It was a government ID for someone from the intelligence community,” Graff said, “and he gave it to me since I write about that subject, and he’s like, ‘I figure you can get this back to this guy.’” The friend, he noted, had found the ID on a parking garage floor. 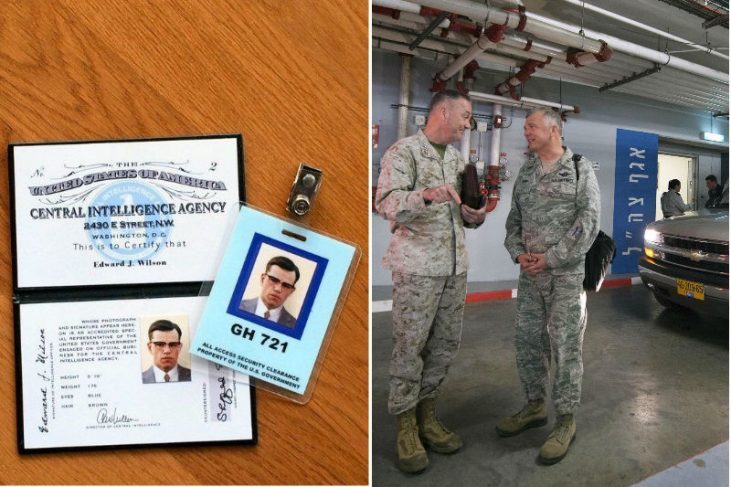 Right away, Graff noticed something peculiar about the ID: step-by-step driving instructions covered the back of it. So Graff, inquisitive journalist that he was, used Google Maps to locate the direction’s end destination—and the results surprised him. 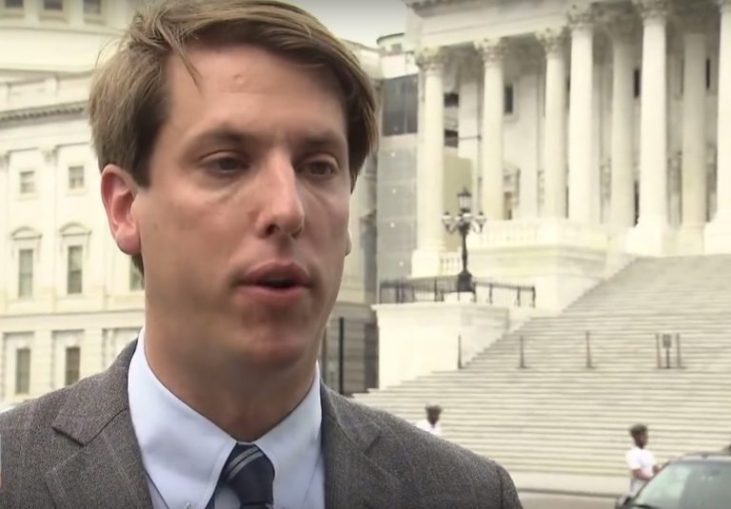 The directions led him to a mountain peak just over 70 miles outside of Washington D.C. There, at a peak known as Raven Rock, the road just… ended. It led to the face of the mountain and then, nothing. 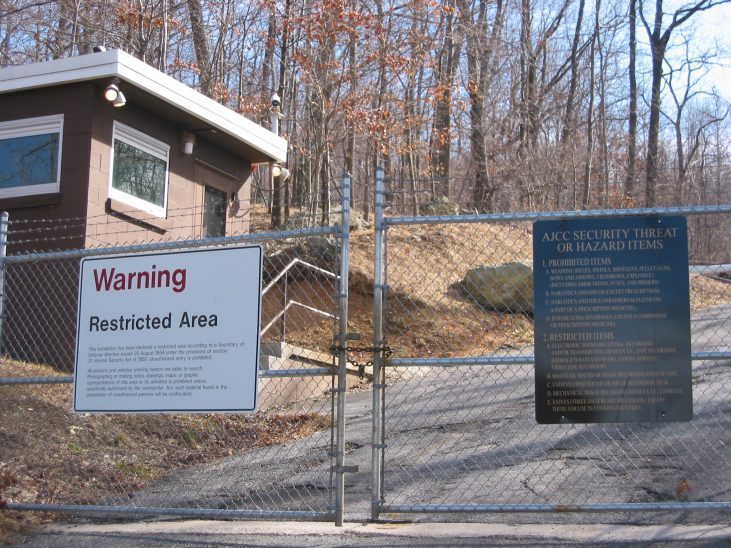 “It was a facility that I had never heard of that wasn’t on any map,” Graff elaborated. His inner historian and journalist totally freaking out, he started researching what he’d found as soon as he could. 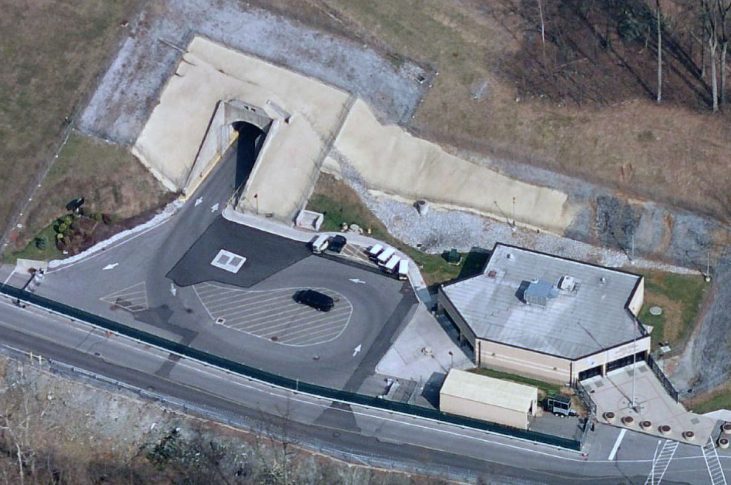 He didn’t know it when he first stumbled upon the structure, but the directions had led him to Raven Rock Mountain Complex, also known as ‘Site R’. To put it more bluntly, he’d found a nuclear fallout shelter! 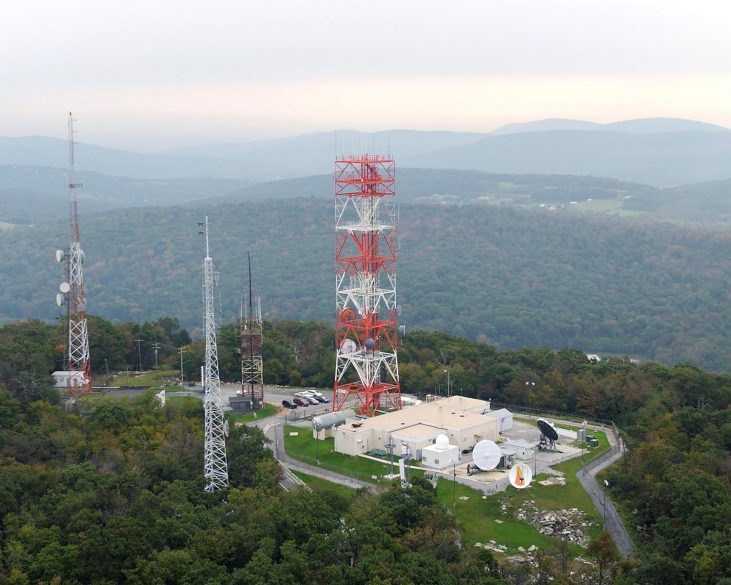 Graff’s research turned up plenty of information on the United States government’s nuclear war contingency plan—some of it comforting, some of it horrifying, and all of it fascinating. For example… 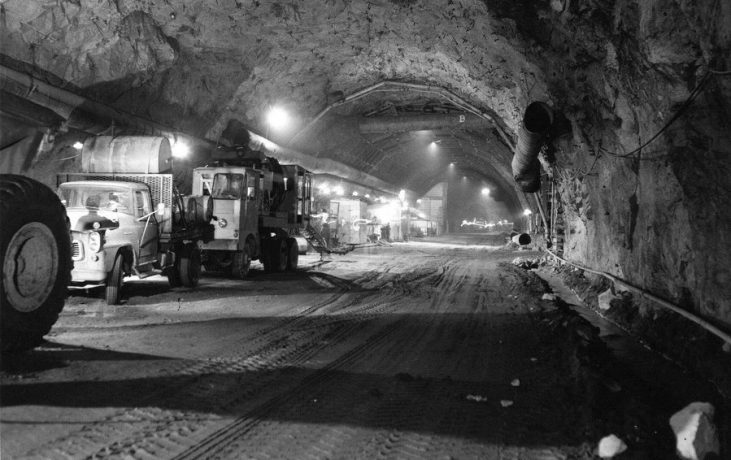 The Truman administration sanctioned construction on the bunker in 1951 once the Cold War with the Soviet Union started warming up. They used a construction team who’d carved out New York City subway tunnels to do the job. So how’d they keep it secret? 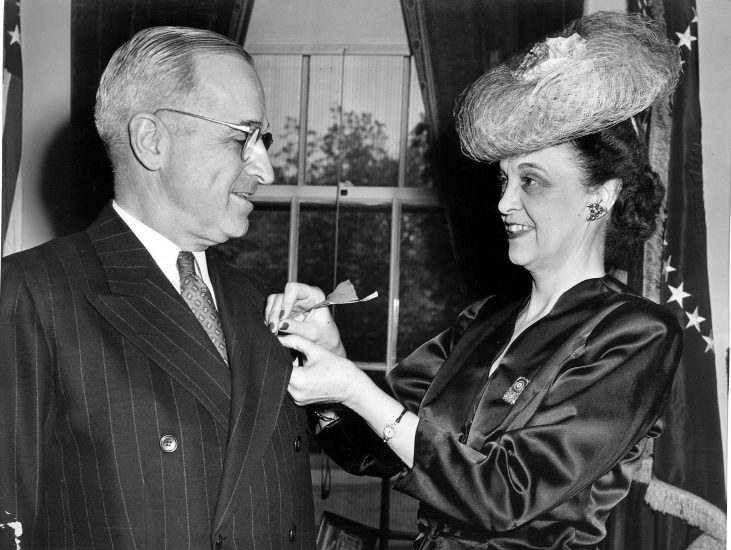 Laborer Gene Bowman—who was paid $1.35 per hour in 1951 to bore through the granite of Raven Rock—put it this way: “They just said they were building a tunnel. Wasn’t nobody interested in what they were doing.” Once dug, however, it didn’t look like a simple tunnel. 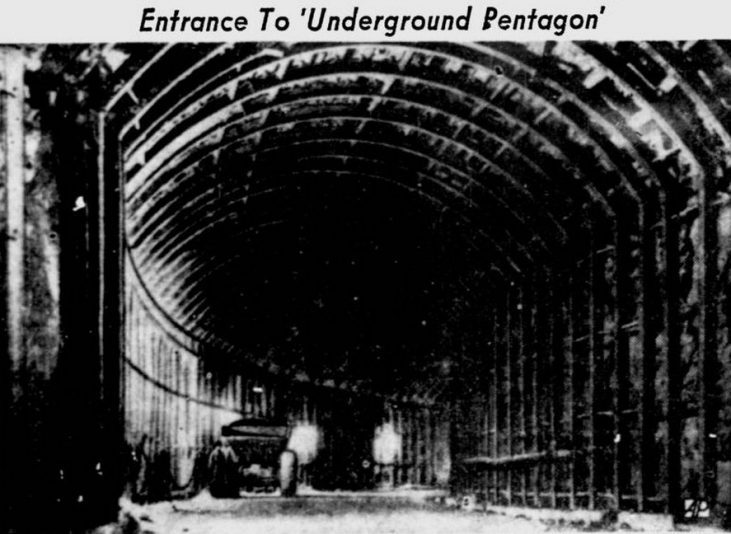 In his interview with NPR, Graff described the Raven Rock Complex as “a free-standing city… built inside of this mountain.” Intended to be a “backup Pentagon,” Site R boasted two 34-ton blast doors capable of thwarting nuclear bomb blows. 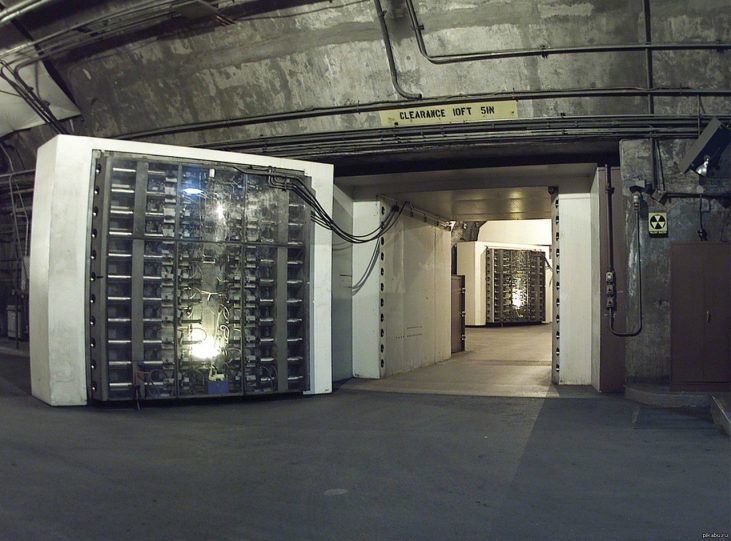 Beyond the blast doors and inside the heart of the rock, 100,000 feet of office provided all the room military officials would need to operate. Infirmaries, cafeterias, and utility areas allowed for up to 1,400 of America’s V.I.P.s to live somewhat comfortably—with a catch. 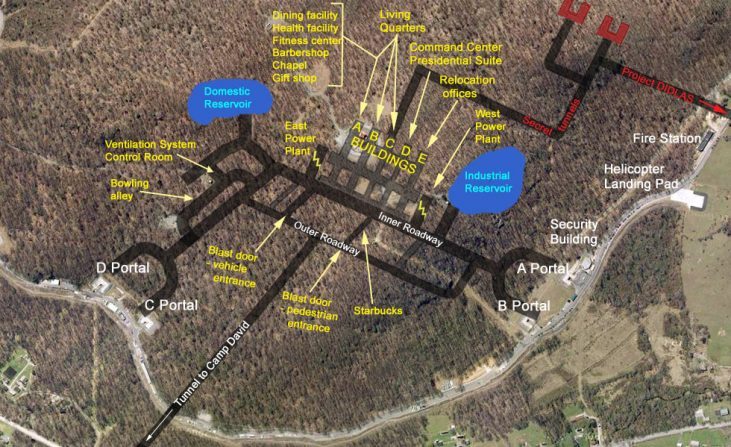 With the president, his or her cabinet, officials, and military personnel inhabiting the bunker, there was no room for spouses. This led to a famous exchange between then-Supreme Court Justice Earl Warren and another official… 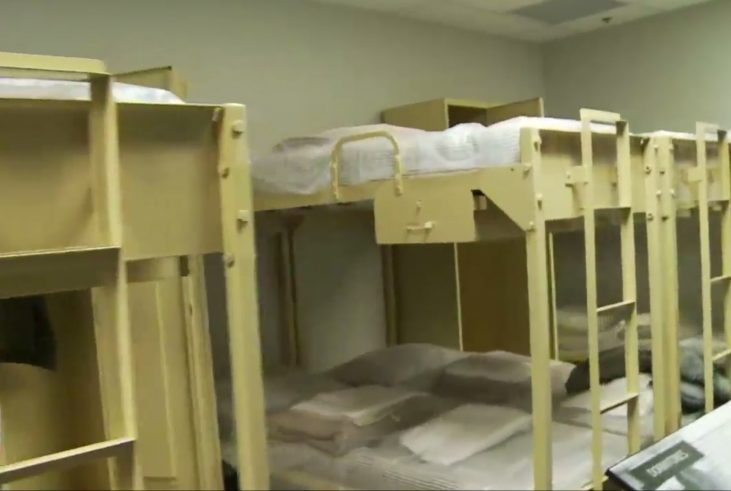 Handed an ID badge for access to Raven Rock, Justice Warren realized there wasn’t one for his wife. When told she wouldn’t be allowed in, the justice handed back the ID and said, “you’ll have room for one more important official.”

But believe it or not, Raven Rock wasn’t just a place for the elite and powerful to hobnob as the world around them fell apart. As Graff discovered, officials set up very specific operation plans for every federal branch—even the IRS and post office. 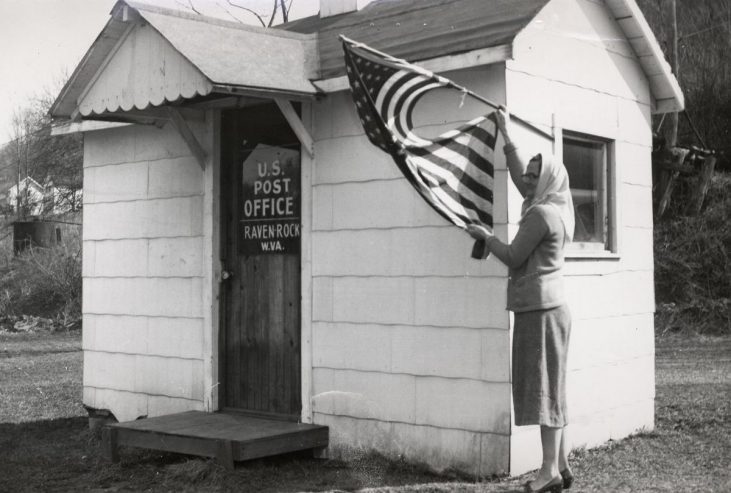 Yep, even in the case of nuclear destruction, the government wasn’t going to let people off the tax hook so easily. The IRS had a post-bomb plan that covered how to appropriately tax damaged—rather, vaporized—property. 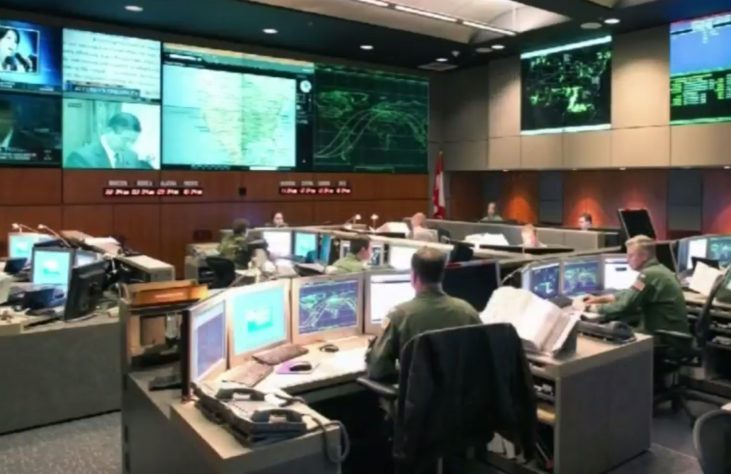 And where would people get money to pay taxes in an apocalyptic society? Uncle Sam had a plan for that, too: officials stashed away publicly scorned $2 bills in another bomb shelter to redistribute as currency. 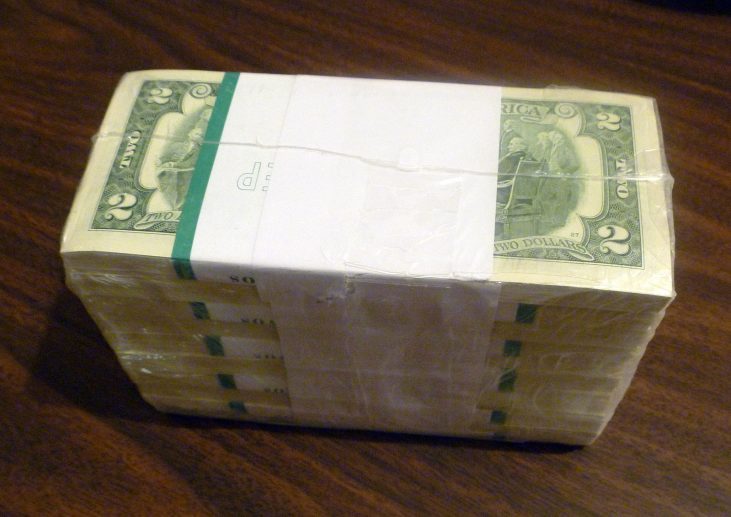 Other federal departments had assigned duties as well: the Parks Department would set up refugee camps, the Department of Agriculture would divvy up rations, and the post office was charged with finding out who died in the blast. 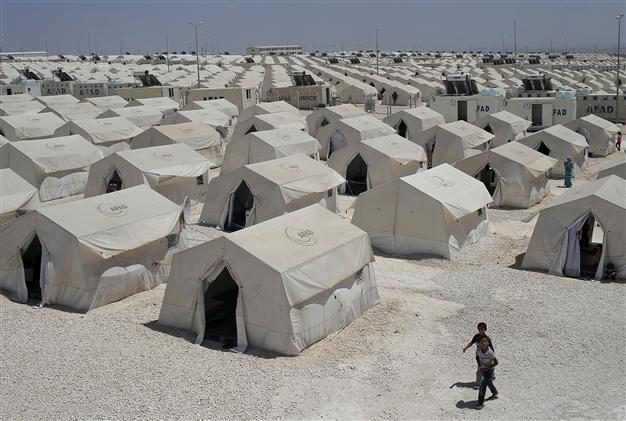 At the time of the Cold War, a nuclear attack felt so imminent that Raven Rock had been fully manned and operated 24 hours per day—up until 1992. Operations were picked up and modernized once more after the September 11 attacks in 2001. They again run 24/7. 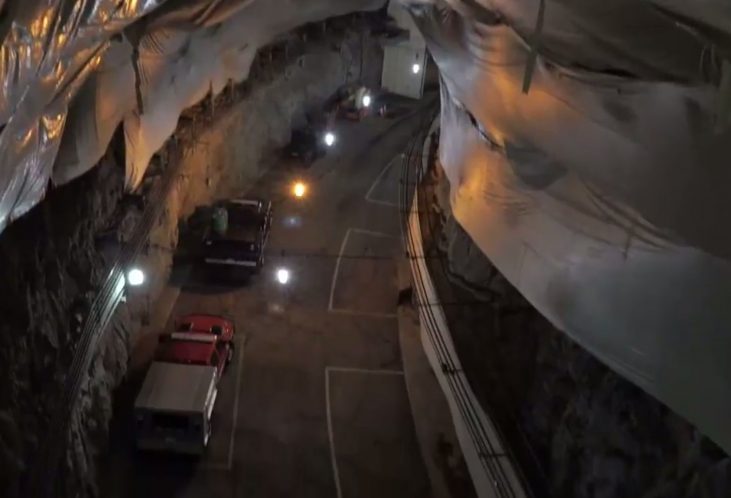 Though the ID card Graff received listed directions to only one secret bunker, his research uncovered half a dozen or so other doomsday shelters (like one beneath the Greenbrier Resort in West Virginia here), each more or less the same in function and design. 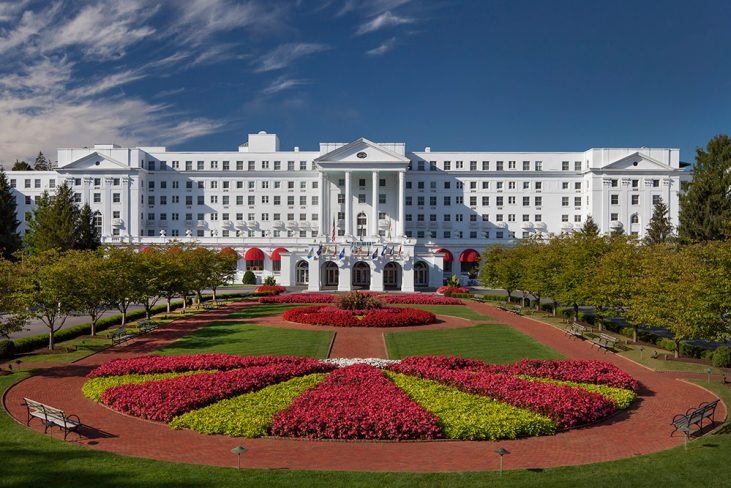 In Cheyenne Mountain near Colorado Springs lie another hidden doomsday bunker. Like Raven Rock, this complex was built in the 1950s and served as “the command post responsible for defending both Canada and the U.S. from air attacks,” Graff said. 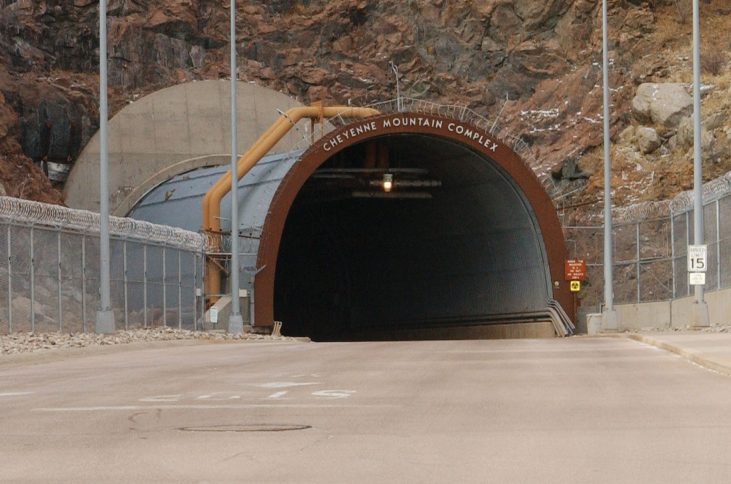 Cheyenne Mountain had reservoirs of water and fuel, doctor’s offices, gyms, and even a Subway sandwich joint. So in the event of a nuclear attack, whoever was working the cash register at the time earned a spot among the surviving elite. 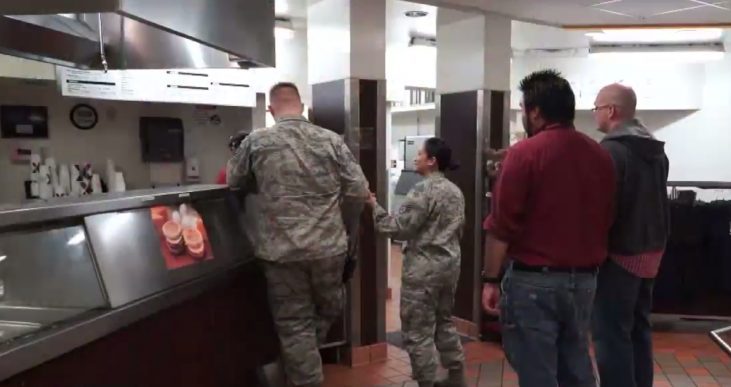 Through all of his research, though, Graff learned something unsettling. “If you’re trying to preserve and restart the government after an attack,” he explained to NPR, it “becomes this very existential question about what is America?” 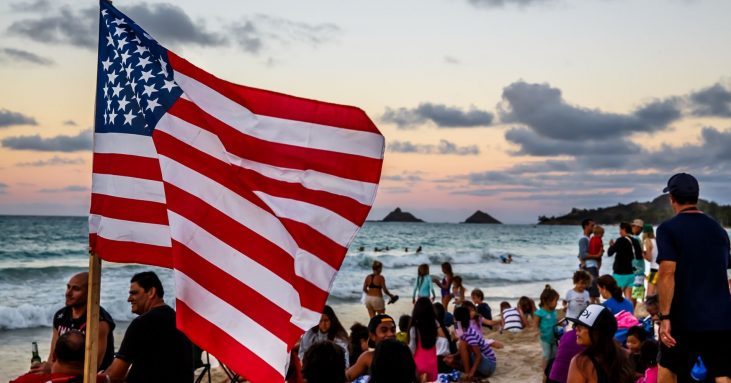 As far as Graff could tell, the bunkers provided a disturbing answer. “The civilian population will be left to itself for weeks or months at a time,” he said, “and a small number of senior government officials will be spirited out to these bunkers.” 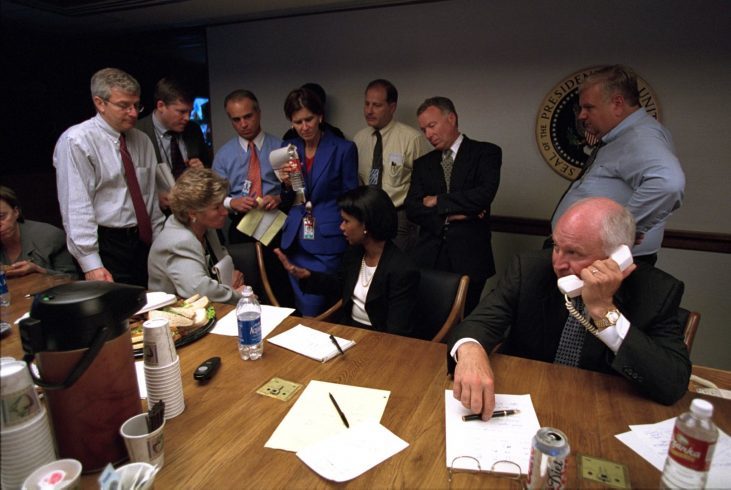 In other words, the government’s plot to rebuild post-nuclear war America didn’t really include the people. Preserving artifacts and the system of government took precedent, but in a time of chaos, what else could be done?

Graff dove deeper into his findings in a book he titled Raven Rock: The Story of the U.S. Government’s Secret Plan to Save Itself — While the Rest of Us Die. To think, his journey into some of the country’s biggest secrets started with just a lost ID badge! 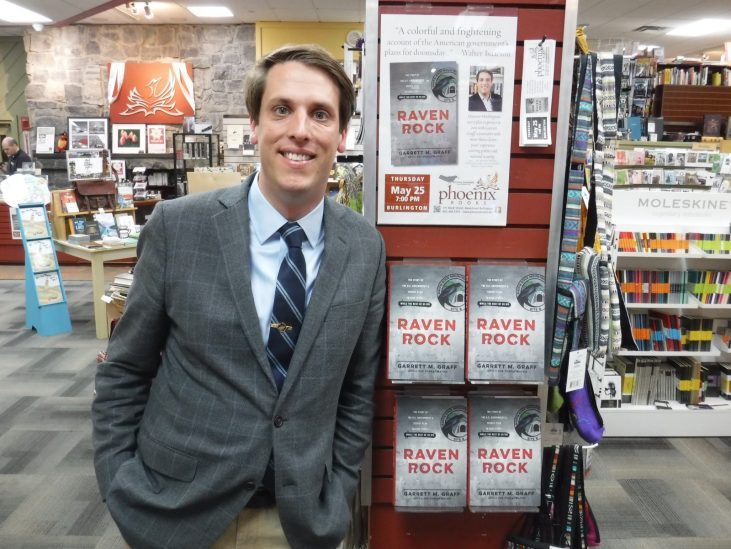 But seriously, what would you do if the world was about to end? Most of us would probably just cross our fingers and hope for the best, but there are a few individuals out there who have gone to extreme measures to prepare. 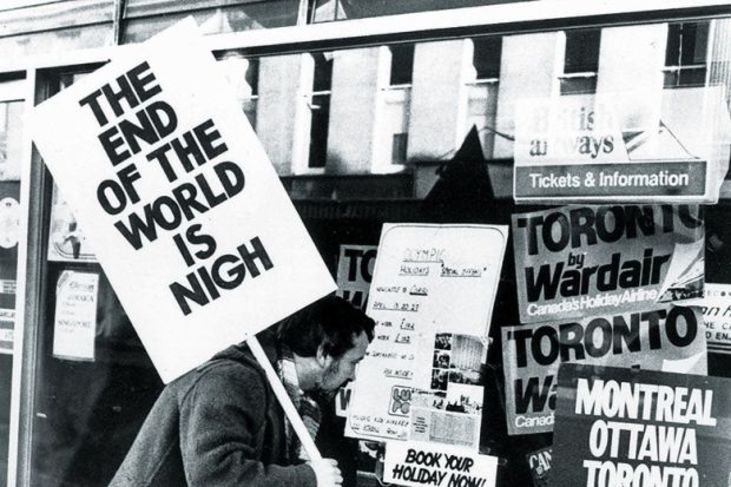 By: Darius Shahtahmasebi (ANTIMEDIA) On Saturday, Reuters obtained a report conducted by U.N. experts advising the U.N. Security Council that the U.S.-backed, Saudi-led coalition’s attacks in Yemen “may amount to war crimes.” The report investigated ten coalition air strikes between March and October that killed over 292 civilians, including some 100 women and children. “In eight of…

By: clairebernish via thefreethoughtproject.com Months of disquieting and needless escalation between the United States and Russia over Syria and the Asia-Pacific theater quickened feverishly to near outright hostility over the past 48 hours, and — considering semantics from both ends suggestive of antebellum blame-casting — it’s past time to pay attention. Indeed, though a few…

Remember last week when NASA landed its InSight probe successfully on Mars? Well it’s only been on the 4th planet from the Sun for about a week, and it’s already sending back some astonishing photos of a flat plain region near the Martian equator, Elysium Planitia. This region is a broad plain that lies to…