Nestlé is draining California aquifers. From Sacramento alone they take 80 MILLION gallons annually. They then sells the people’s water back to them at huge profit under dozens of popular brand names.

Nestlé has been draining California aquifers at an alarming rate. In Sacramento alone 80 they extract MILLION gallons annually.  Nestlé then turns around and sells the people’s own water back to them at a massive profit in the form of bottle water. But this is not even the worst of it, the multinational mega corporation has also been extracting this water with a permit that expired over 2 decades ago!

This has inspired a law suit against the company but we all know that won’t result in any actual justice since the law system capitulates to who ever has the most money and can continuously fight it out in court.

This inexcusable behavior on the mega corporations part has only been able to take place with help from the government. People, however, are growing angry and tired of this unacceptable behavior which is ultimately costing them massive amount of money. Worse still, is this company has literally single handily caused a drought! Please think about that for a moment, and let it sink in. 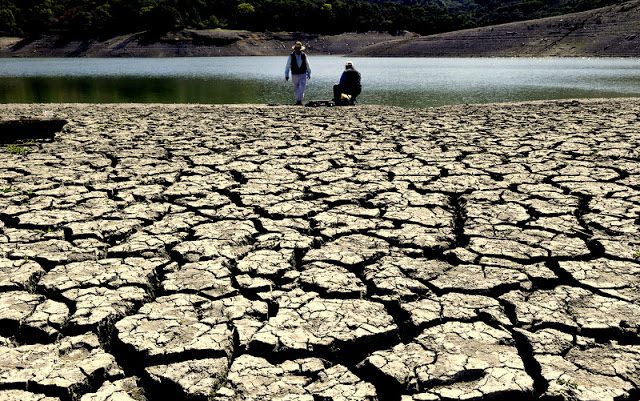 The city of Sacramento is in a record drought that has lasted several years – yet the multi billion dollar Nestlé Corporation continues to bottle public city water and then sell it back to the people at a huge profit. Do I have to explain how criminal and sick this is?

A coalition, which includes the crunchnestle alliance, the Story of Stuff Project, along with co-plaintiffs the Center for Biological Diversity and the Courage Campaign Institute have come together to file a lawsuit against the unethical corporation and charge that the company is draining up to 80 million gallons of water each year from Sacramento aquifers during the drought and don’t even have a valid permit to do so (not that would make it in any better either).

“Nestlé pays only 65 cents for each 470 gallons it pumps out of the ground – the same rate as an average residential water user. But the company can turn the area’s water around, and sell it back to Sacramento at mammoth profits,” the coalition  went on record as saying.

Nestlé is currently the number one supplier of the world’s bottled water (and thief of natural water reserves), including popular brands like Perrier, San Pellegrino, Pure Life, Ice Mountain, Zephyrhills, Poland Spring, and Deer Park among other.

But this corruption is just the tip of the iceberg. Elsewhere in the world, workers engaged in mass hunger strikes for the companies criminal and corrupt ways, such as Oscar Lopez Trivino have been assassinated. In fact, fifteen Nestlé workers have been assassinated by a paramilitary organization which has discouraged others from protesting. To imagine this is some how just all a coincidence is ridiculous.
It is time for us to wake up and realize that there is no difference between criminal corporations and criminal governments and banks and the military industrial complex. They all work together against us!

But don’t take my word for how sick and corrupt Nestle is, check out what their CEO had to say about how he thinks water should not be a human right below;

This article originally appeared on choiceandtruth.com.

This news was originally published in 2015 and is frequently updated

Greetings citizens of the world. This is a message from Anonymous, for the warlord known as Hillary Clinton. This week, you fought your way back into the headlines with an attack on current Democratic presidential candidate Tulsi Gabbard, suggesting that the Hawaii congresswoman was a “Russian asset” that was being “groomed by Republicans” to run…

A Canadian mother has earned a place in the Guinness World Records for holding a plank for over four hours. Yoga instructor Dana Glowacka broke the record with a total of 4 hours and 20 minutes. The previous world record was held by Maria Kalimera, who was able to remain in position for about 3hr…

From alphr.com A virulent malware campaign has hit Facebook Messenger over the past few days, linking users to malicious websites and downloading software onto their machines. Security companies including Kaspersky Lab and  Avira have issued warnings about Facebook Messenger posts that appear to link to videos, coming from users’ friends on the social network. The…