A woman has claimed that she was sold for sex by a “VIP pedophile ring” which allegedly included a former Prime Minister of Australia. Fiona Barnett, 45, claimed to media in Sydney this week that she was trafficked to “pedophile parties” at Parliament House in Canberra aged five, according to the News.com.au site.

She claimed she was abused by an ‘elite’ ring which she says included high-ranking politicians, police and members of the judiciary.

“My experiences were horrific beyond words.  But the way I’ve been treated for reporting the crimes I witnessed and experienced has been far worse than my original abuse experiences,” the news site reports.

Ms Barnett claimed there are thousands of victims of the alleged ring, and says that she witnessed child abduction, rape, torture and murder.

Ms Barnett said she was fearful, but decided to speak out because she felt she had “nothing left to lose”.

She claimed that her reporting of the allegations to various authorities and those of other alleged victims of the VIP ring were “stonewalled”.

Australian Capital Territory (ACT) Police said in a statement that the “matter was thoroughly investigated by ACT Policing’s Operation Attest and there was no evidence to substantiate the complainant’s allegations”. 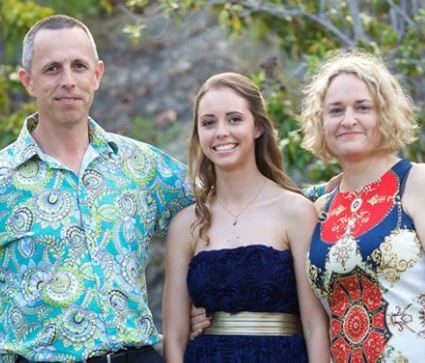 Fiona Barrett, right, with her family.

Fiona names the names of the people who sexually assaulted, raped and tortured her:

– Antony Kidman (actress Nicole Kidman’s father) (Nicole Kidman is a victim of the ring too, but was nasty towards fellow victim Fiona);

Barrett also mentions the brave Aussie politician Franca Arena, who got up in Parliament under parliamentary privilege and said there is a large pedophile ring involving politicians, judges, doctors and media moguls.

She also recalls being at Bohemian Grove. On one occasion she was in a pink bubble room and raped. On another occasion she had to participate in “Teddy Bear’s Picnic” a child rape hunt party, where children were hunted like animals and raped (as also happened to Kathy Collins and Cathy O’Brien).

Witness at a Satanic Ritual in Bathurst, NSW, Australia, 1985

In this video (below), Barrett talks about being present at Satanic ritual with some of Australia’s famous people – Kim Beazley (later to become Australian Labour Party and Opposition leader) and Richie Benaud (famous Australian cricket captain and sports commentator).

A Christian numerologist named David Meade has recently made headlines by predicting the date of the rapture. Meade claims that the date of the apocalypse is coming up fast, and that we could possibly see the rapture come this Tuesday on April 23. Meade is pointing to astrology as a possible clue, suggesting that the…

A pink dolphin known as “Pinky,” lives in the Calcasieu River ship channel area of Louisiana, and has become famous for its unique pink skin color. Recently, Pinky has created more local excitement by giving birth to a small calf that has a similar skin tone. Captain Erik Rue was the first to spot her…

Have you ever heard of the patent that is supposed to confirm the fact that a television can manipulate a person’s nervous system? There isn’t a lot of info out there to find about the person who supposedly filed the patent, Hendricus G. Loos, despite the easily observable fact that he has filed for multiple…