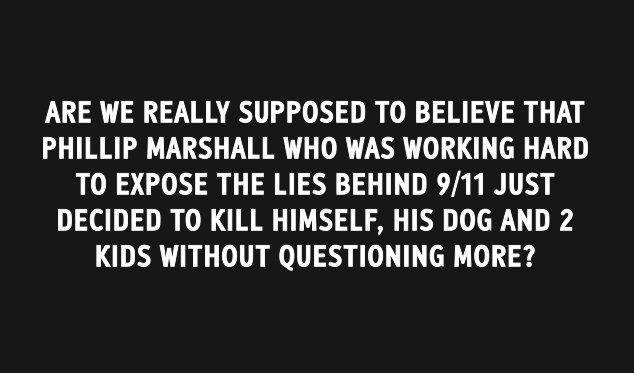 Phillip Marshall, a former airplane pilot and author whose works included the 2003 novel “Lakefront Airport,”  – “False Flag 911: How Bush, Cheney and the Saudis Created the Post-911 World (08)” and “The Big Bamboozle: 9/11 and the War on Terror,” a 2012 publication in which Marshall theorized it wasn’t al-Qaida but rather U.S. and Saudi government officials who orchestrated 9/11, was found dead along with his two children in their Murphrys-area home in California – 2013. Reports indicate all 3 died of gunshot wounds. 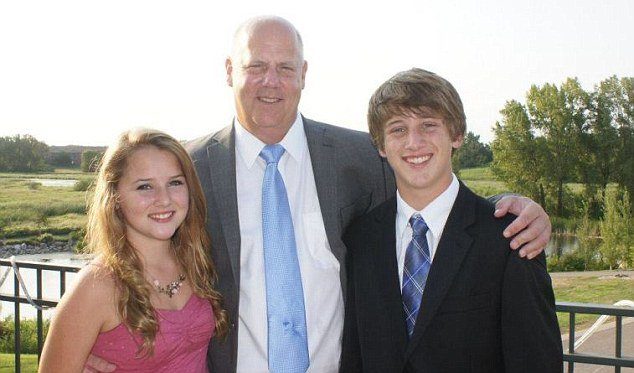 Friends of Marshall’s kids, Alex 17 and Macaila 14, discovered the gruesome scene after showing up to check on them on Saturday after not having heard from them for numerous days.

The Calaveras County Sheriff’s Office reported that both children as well as the family dog were shot once in the head with a handgun.

Marshall’s estranged wife and mother of the 2 kids was traveling abroad at the time of the shootings.

Security Agency Officer Wayne Madsen says the 9/11 investigative author Philip Marshall and his children were killed in a “black ops hit” by the CIA, dismissing the suicide hypothesis. Marshall was afraid of being silenced for his revelations about 9/11, Madsen said, noting that a side door the investigator never used was wide open when his dead body was found.

Marshall believed the former US President George Bush had pulled off the 9/11 attack to foment a government coup. In his fourth book, he was supposed to disclose blockbuster information.

Press TV has conducted an interview with Dr. Kevin Barrett, an American author and political expert in Madison, Wisconsin, to further discuss the issue. Barrett is joined by Lee Kaplan, investigative journalist from Berkley.

This article was originally published in 2013 and is frequently updated

What happens when one person has just too much power and there is no one checking that power? That’s a question you might expect to associate with this year’s presidential election, but it’s the central theme of Batman v Superman: Dawn of Justice, the superhero smackdown opening in theaters on Friday. It’s hard when watching the movie, which…

Jim Onan was a man who always admired Egyptian culture and stumbled upon a university study one day suggesting that Pyramids at Giza generated energy. Jim came from humble beginnings, He had 5 children with his his wife Linda and he was a hardworking man who built his own concrete business from the ground up….