By: Arkadev Ghoshal via ibtimes.co.in

A total of 17 such radio signals – called fast radio bursts (FRBs) – have been received from this location in space since their discovery in 2007.

Scientists have discovered six more bursts of radio signals coming from a place in deep space outside our galaxy from where similar signals were detected earlier this year and in 2012.

A total of 17 such radio signals have been received from this location in space, and given their nature, speculation has already begun on whether we are being hailed by extra-terrestrial life forms.

The signals – detected at the Green Bank Telescope in the US and the Arecibo Observatory in Puerto Rico, according to an article in the Astrophysical Journal – are described as Fast Radio Bursts (FRBs). Discovered only in 2007, FRBs are really fast radio signals that last for only a few milliseconds, and can be detected only with special equipment.

What’s also special about these FRBs is that even though they exist for such small duration, they tend to generate so much energy that it could parallel the amount of energy generated by the Sun for a whole day! 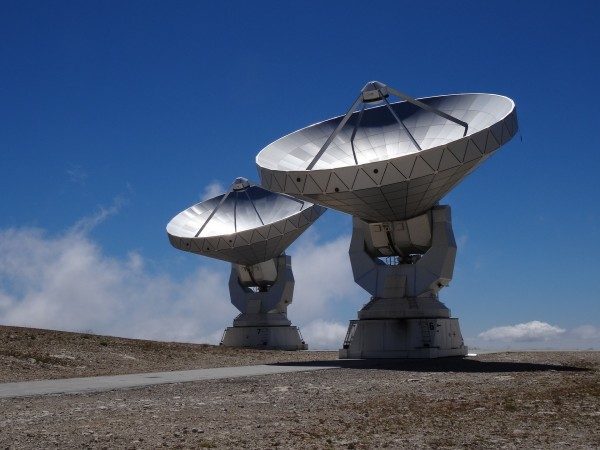 It is this aspect of the signals – as well as the fact that now a total of 17 such signals have been detected so far from the same region in deep space well beyond our galaxy – that is leading to speculation that there may be a sufficiently advanced extraterrestrial civilization behind them.

The technological expertise of civilizations is often determined by the Kardashev scale, named after the Russian scientist who proposed it in 1964. It proposes that there are three kinds of civilizations across the universe: Type I, which utilizes only that much energy which reaches it from its nearest star; Type II, which has harnessed entire energy of its nearest star for use across various planets; and Type III, which has harnessed the energy of stars across its entire galaxy.

Given the nature of the newly-received FRBs – specifically their energy – it is being speculated that if their source is artificial, they could have been sent by at least a Type-II extraterrestrial civilization as a means to reach out to other, similarly intelligent civilizations. That is because the amount of energy in these FRBs cannot be produced by any conventional means known to man, but could be emitted by an artificial source from a civilization that has harnessed the power of an entire star.

What has bolstered the belief that we are being hailed by aliens is the repeating nature of these FRBs that are being received from well beyond our own galaxy, the Milky Way. It had been believed so far that FRBs are caused by the collision of two neutron stars that result in black holes.

However, that would mean that FRBs would be unpredictable, and be detected only one or two at a time. The recently-detected ones came six at a time, putting a big question mark on their origin. Although the alternate explanation now is that the FRBs are coming from a single neutron star, rotating with power so great that it is emitting FRBs.

There exists a skill that people can acquire, and it can create a whole other dimension of thought that can change a person’s life forever: that skill is the ability to make connections in understanding the relationship between powerful individuals, large corporations, governmental entities, and whoever else these people and entities are connected to. This…

At first, the vigorously shaking crocodiles are given an electric shock; their necks are then cut open and metal rods are rammed down their spines while they’re still alive, making the crocodile bleed out. The poor reptiles are skinned while still bleeding and moving. Crocodiles in Vietnam are skinned alive to make “luxury” leather bags,…