When you first take a look at Gary Webb, there’s nothing particularly intriguing about the guy. There are no indications that this seemingly ordinary human being carries with him an extraordinary message. No distinct feature that hints at the potential for greatness, or his ability to help inspire revolution. But such is the elusive nature of Truth; It does not pick its messengers based on the duplicity of external appearance, It picks them based on internal conviction and will power alone. 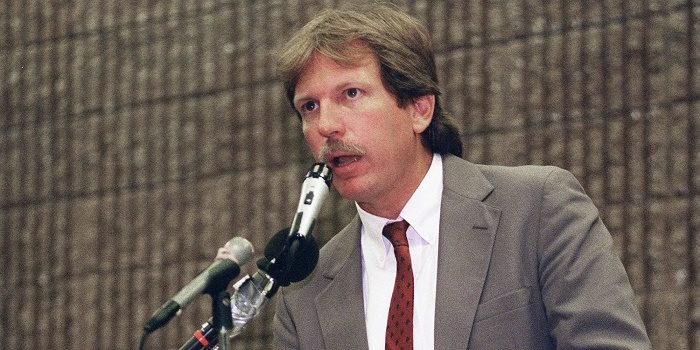 After gaining access to secret grand jury transcripts in 1996, and following the subsequent paper trail that followed therein, Gary Webb made the shocking discovery that government informant, Oscar Danilo Blandón, was covertly selling tons of cocaine for the Central Intelligence Agency in South Central Los Angeles, and other parts of the country. As we now know today — thanks to Gary’s brilliant research — this is what most visibly sparked the crack epidemic that swept North America during the 1980’s and 90’s.[1] The funds were being raised to fund CIA trained terrorists in Nicaragua to overthrow the Sandinista government who had recently ousted the U.S. backed military dictatorship of the Somoza Dynasty.[2]

This story was so remarkable and intimidating, that a lesser man would’ve certainly turned away.  But not Gary, he pursued the story with such obsession and purpose, that one can only presume he was driven by deep rooted principle, rather than conventional reward. 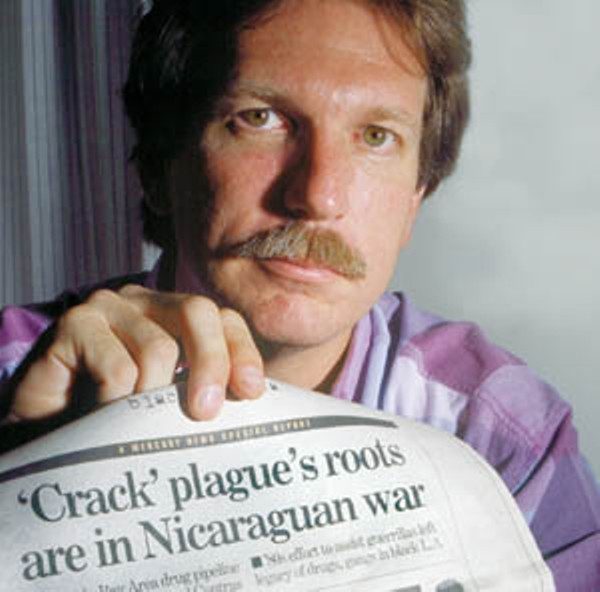 “If we had met five years ago, you wouldn’t have found a more staunch defender of the newspaper industry than me … I was winning awards, getting raises, lecturing college classes, appearing on TV shows, and judging journalism contests… And then I wrote some stories that made me realize how sadly misplaced my bliss had been. The reason I’d enjoyed such smooth sailing for so long hadn’t been, as I’d assumed, because I was careful and diligent and good at my job … The truth was that, in all those years, I hadn’t written anything important enough to suppress.” Gary Webb, Into the Buzzsaw, CH 13, Prometheus Books.

When Gary originally broke this mind blowing story, the arrogant authority’s assumed they could simply ignore him and hope he’d go away. But they underestimated the paradigm shifting power of the internet, and the intelligence of Webb, who not only listed the explosive story online — far beyond the reaches of the mainstream media — but he also listed the necessary documents and audio recordings one would need to verify his remarkable claims too. In other words, Gary was one of the original alternative media personalities to effectively challenge the information monopoly of the establishment press, and directly put the power of research and fact checking into the hands of the people. What followed was national outrage, particularly from the black population who were hit the hardest by the unparalleled flood of cocaine into their neighborhoods.

Once this happened, and the story began to snowball and take on a life of its own, the mainstream media began to demonize Gary aggressively. As Webb later noted, some of these journalists were directly linked to the CIA. This, of course, should come as no surprise considering the Agency’s well documented history of manipulating the media.[3]

The pressure became so intense, that Webb’s marriage fell apart, his employer backed down from the story, and he ultimately had to leave the company.

You can hear Gary discuss this in more depth below;

Gary Refuses To Back down

“…After spending three years of my life looking into this, I am more convinced than ever that the U.S. government’s responsibility for the drug problems in South Central Los Angeles and other inner cities is greater than I ever wrote in the newspaper.”

Despite losing his job, having his reputation publicly smeared, and his marriage destroyed, Gary refused to back down, or recant his writings, and stood by his research to the end. He also continued to expose corruption as a freelance journalist. His final publication brilliantly unearthed the Military Industrial Complex’s strategic use of video games as a method of indoctrination and recruitment of teenage boys.[4] Clearly, Gary was not going to be dismissed by Big Brother so easily.

Just two months later, however, Gary Webb was found dead with two bullet holes to the head — The authority’s ruled it a suicide and the investigation was closed.

You Cannot Kill The Truth

Of course Gary’s untimely death does not conform to our distorted perspective of how justice should work in the world. We’d like to believe that justice is an inbuilt Universal law, which requires no real effort on our part, rather than the sobering reality that it actually requires active participation from us as a collective citizenry, in order for it to be truly achieved.

Gary’s story, however, is far from over and could never be killed by something as trivial as a material bullet. Webb may indeed be physically dead, but his research is more alive today than ever before, and continues to haunt the shadow government and snowball into a monster that will undoubtedly have its eventual revenge.

Such is the power of Truth. It is the only power that will stand the unforgiving test of time. The guilty cannot escape its proverbial judgment, they can only hope to prolong it.

In fact, a blockbuster film documenting Gary’s story was released in 2014 and, despite my cynical expectation that it would be a propaganda piece to cover up government wrongdoing and rewrite history, the film actually did an excellent job, which marks a special victory, because a film based on a controversial true story like this — to the best of my knowledge — has never been able to break mainstream Hollywood before.

Aside from inspiring me to write this blog, I also made a meme in Webb’s honor that has been reuploaded and spread throughout the internet. It may seem of little consequence, but awareness is the key to change, and we can all help to spread the Truth. In fact, we have a serious responsibility and duty to do so.

Thank you for your courage Gary Webb, you continue to inspire millions of people around the world today brother. Your sacrifice was not in vain.

A young woman was recently turned off from dating entirely after giving Tinder a try. The woman was horrified by one of the profiles that she saw, in which a 27 year old body builder gave three extremely off-putting rules for prospective mates in the description of his profile. The man’s profile read: I have…

In a very strange video published by The National Geographic Channel, a penguin finds his mate with another male and starts a bloody battle of honor. “Every September, 200,000 penguins come here to fix up their nests and breed. Life here is good, but this husband has come home to find his ‘wife’ with another…