A local Fox news affiliate noted that the fight involved guns drawn, punches flying in every direction, at least a whopping two dozen officers (at least 24 cops), in “a case of the good guys going after the good guys.” Only thing is these are not good guys, Fox. 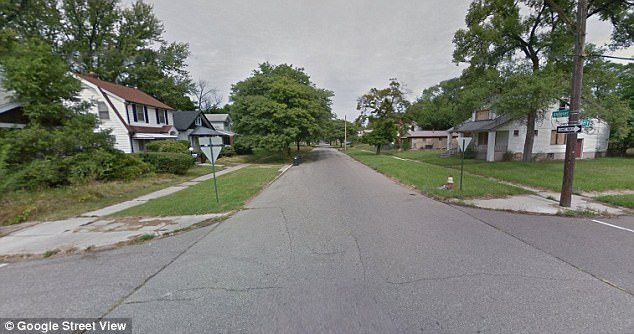 The undercover police faking being drug dealers were from Detroit’s 12th police Precinct, and they had a plan to arrest any person who approached them. They were going to seize the drug buyers’ vehicles: and it has been pointed out that these actions would be identified as crimes, as kidnapping, theft, and assault, had it not been for the drug war making this a much different situation.

The disconnect came from the fact that the fake drug buyers were from the 11th police Precinct.

As reported by the Daily Mail, body cameras recorded the entire exchange but it doesn’t seem this footage is available to the public.

What happened was, the drug buyers ordered the other police pretending to sell drugs to get on the ground, and then the other cops realized they all had made a mistake, but tempers flared anyway. For some reason it got heated and they tried to beat the sh*t out of each other despite fully understanding that they were all police playing the “cops and robbers” drug war game.. as if it were a game.

This is especially ridiculous to happen in Detroit, because everyone knows that out of the few remaining people who have not abandoned Detroit, a lot of them are drug dealers and people suffering through poverty who look to drugs to feel better.

Detroit is absolutely filled with opportunities for cops to bust innocent and as they would say “guilty” people, but this happened?

One extremely positive thing to come from the tragic situation of abandoned Detroit is a group known as New Era Detroit.

They are a community activist and friendly black power organization (friendly to all good people) who brought entire truckloads of water to nearby Flint, Michigan, when their water was found to be severely poisoned with lead and other toxins.

New Era Detroit brings back the power of the 1960’s black revolutionaries, going so far as to do such things as appear on a block in Detroit where innocent people had been shot to evaluate the situation and see what they can do in the community to restore peace.

If people want to look at the negative in Detroit, they must balance that out with recognition of the positive: and New Era Detroit is the epitome of positive in that city, deserving of so much respect.

For the past 20 years scientists have been studying subjects in China who appear to have superhuman powers, and the results have been published in many journals and books. It is thought that these gifted people have been able to tap into a quantum level, unobservable by the human eye … To understand properly, you…