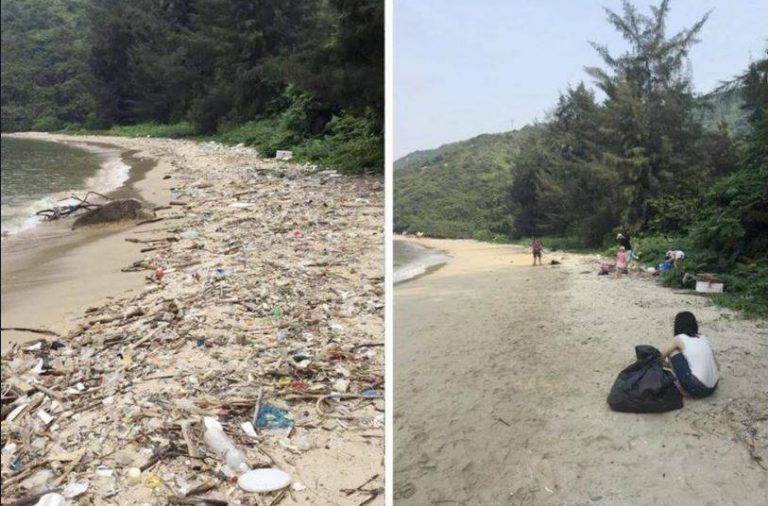 For years, viral trends have brought out the worst in people. From eating tide pods to snorting condoms or driving around blindfolded, millennials have earned a reputation for ridiculous, embarrassing and sometimes dangerous stunts that make us all lose hope in humanity. However, someone has finally flipped the script on the viral challenge trend and is encouraging people to do something positive for a change.

The newest viral trend has people around the world picking up trash and cleaning up their communities! It is called the #trashtag challenge, and the idea is to find an area where there is a bunch of trash, and take before and after pictures of you cleaning up the mess.

The hashtag was first seen in a 2015 post by the media brand Teton Gravity Research.

“Help us all […] by joining the #trashtag project and posting pics of your own clean up efforts on Instagram. We aim to make a tangible impact on the environment through the galvanizing forces of social media,” the company wrote.

Sadly, the #trashtag challenge failed to catch on organically and was forgotten about for years, as other crazy trends went viral and disappointed the world. Then, just recently, an old photo that was floating around the internet was featured in a Reddit post in the Wholesome Memes sub-reddit and spread across the internet from there. The original photo was from a Facebook user who has now deleted his post.

The following image seems to be the post that caught the trend:

“Here is a new #challenge for all you bored teens. Take a photo of an area that needs some cleaning or maintenance, then take a photo after you have done something about it, and post it,” the post above the image read.

Surprisingly, the #trashtag challenge spread all over the world, and people from many different countries are joining together to clean up the planet. Below are some of the best selections that we were able to find:

Instead of posting before and after photos, some people posted thoughtful comments along with the bag of trash they cleaned up.

Cody Hanson, one of the good Samaritans involved with the challenge, said:

“It’s the only outdoors we have. We all use it for many different things but it is the only one we have. So let’s all do our part and treat it with respect. Let’s pick up after ourselves and then pick up extra. It only takes a few minutes of your time to pick up something that’ll far outlast us humans if left alone. ⁣We’re the ones who get can pass it along to those who will come after us in better shape than we found it.⁣”

Some subscribers to the Anonymous Facebook page have also gotten involved, sharing recent pictures of their clean up efforts.

Roy posted that, “I do this with my kids all the time. Gotta teach the youth.” 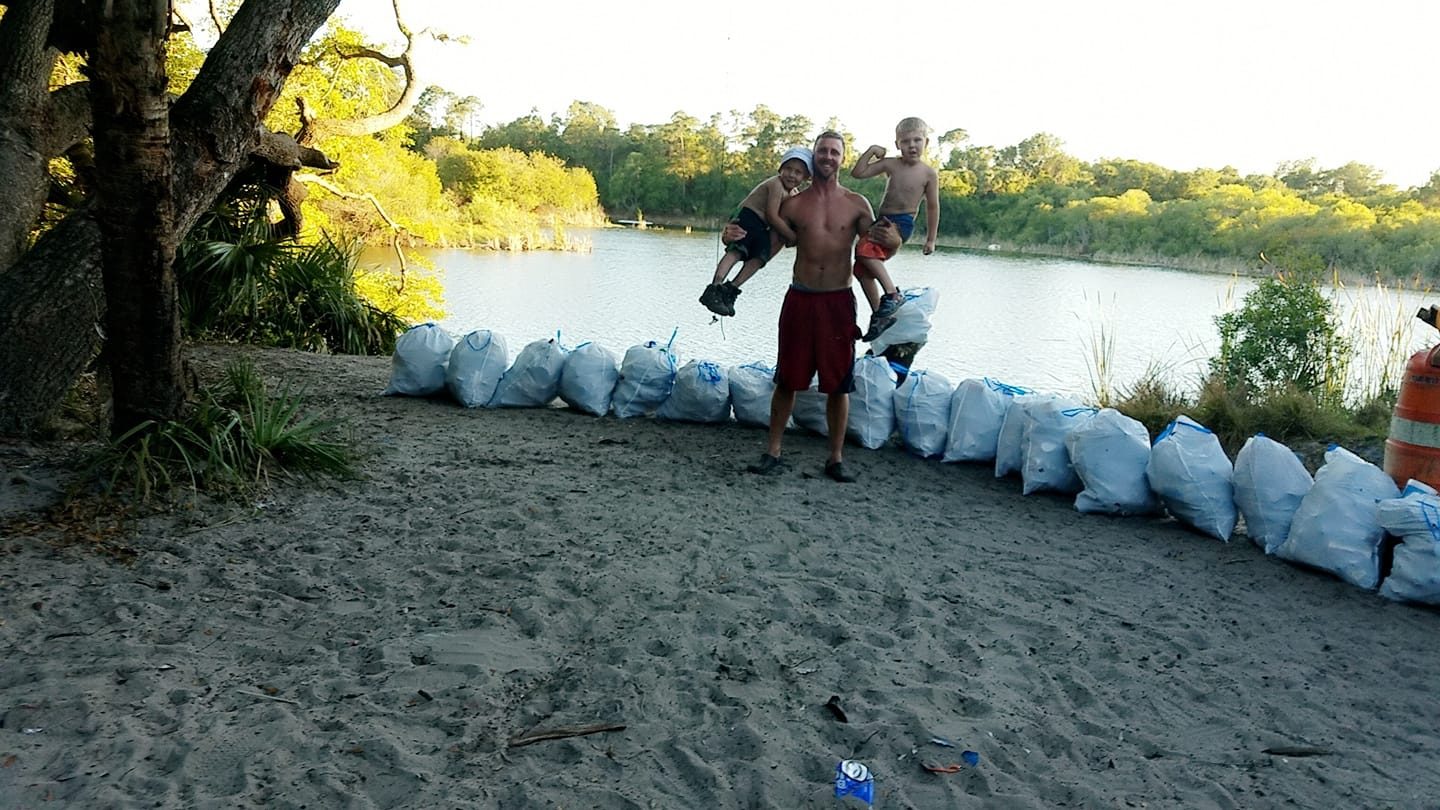 Many people have posted in response to the challenge saying that this is something that they do already, but they have just never taken pictures to show the results. It may seem like a quest for ego to post about your accomplishments on social media, but in cases like this, it can actually inspire others to do positive things. If the negative challenges work as well as they do, then the positive people should try to spark these types of trends too, even if it might not be in their nature.

The following graph shows some disturbing statistics relating to how much litter is on the planet. 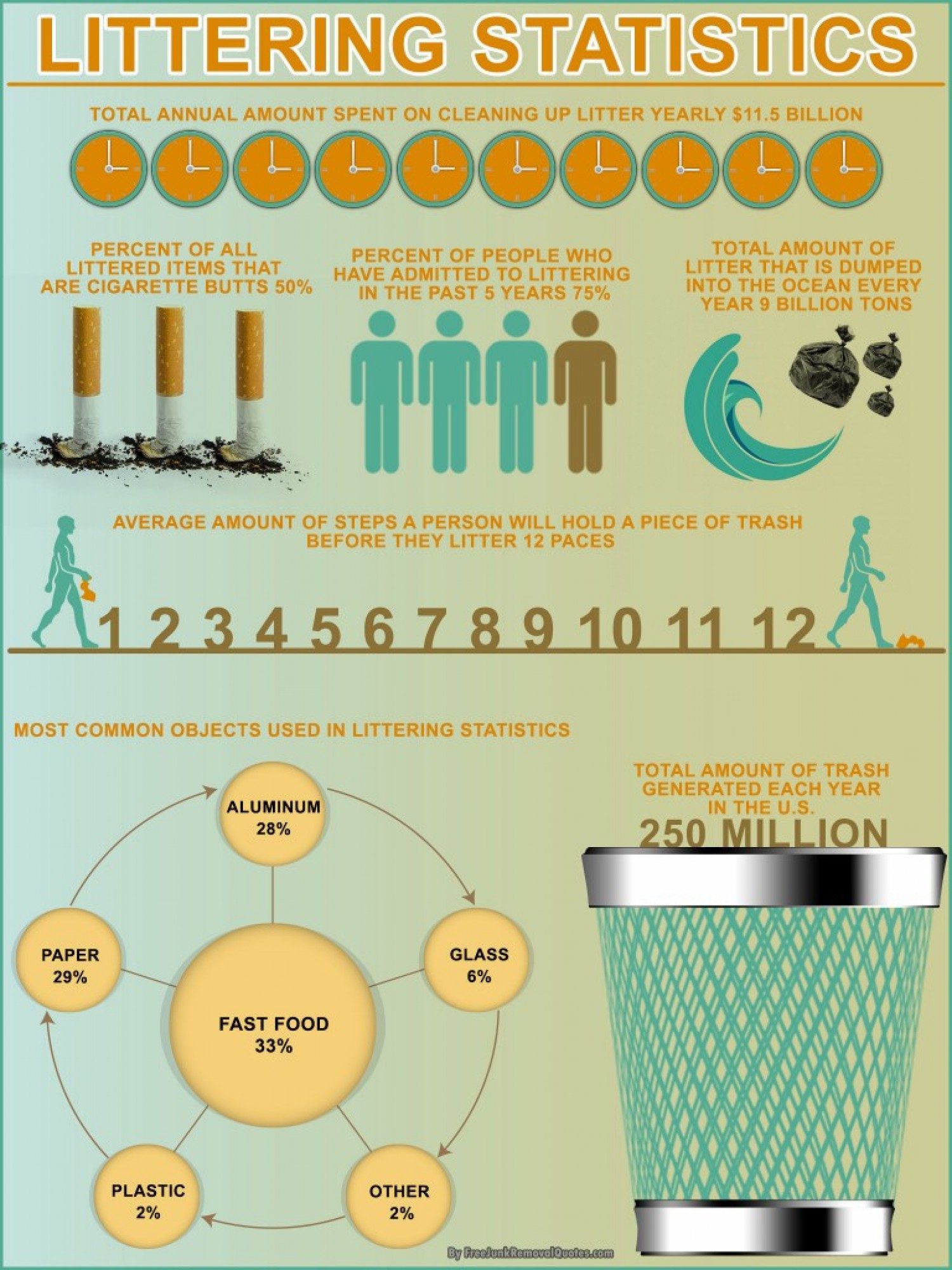 The infographic is titled, ‘Littering Statistics.’ Here are some highlights from the littering infographic: Total annual amount spent on cleaning up litter yearly $11.5 billion. Percent of all littered items that are cigarette butts 50%. Percent of people who have admitted to littering in the past five years 75%. The total amount of litter that is dumped into the ocean every year 9 billion tons. The average number of steps a person will hold a piece of trash before they litter 12 paces. The most common objects used in littering statistics include aluminum, glass, other, plastic, paper, and fast food. The total amount of trash generated each year in the U.S. 250 million. This infographic was prepared by a company called FreeJunkRemovalQuotes.com.

By: Dane Wigington via geoengineeringwatch.org As the saying goes, a picture is worth a thousand words. The photo images shown below were captured from NASA satellite sources, they are truly alarming. These images provide shocking and undeniable proof of the ongoing global climate engineering/geoengineering/solar radiation management assault on our planet and its life support systems. Highly…

Greeting citizens of the world. This is a message to The Church of Scientology and your high priest Tom Cruise. Hello old friends, this is anonymous, and we are back again to finish the job that we started a decade ago. When we first began to expose your crimes, your church still enjoyed a fair…