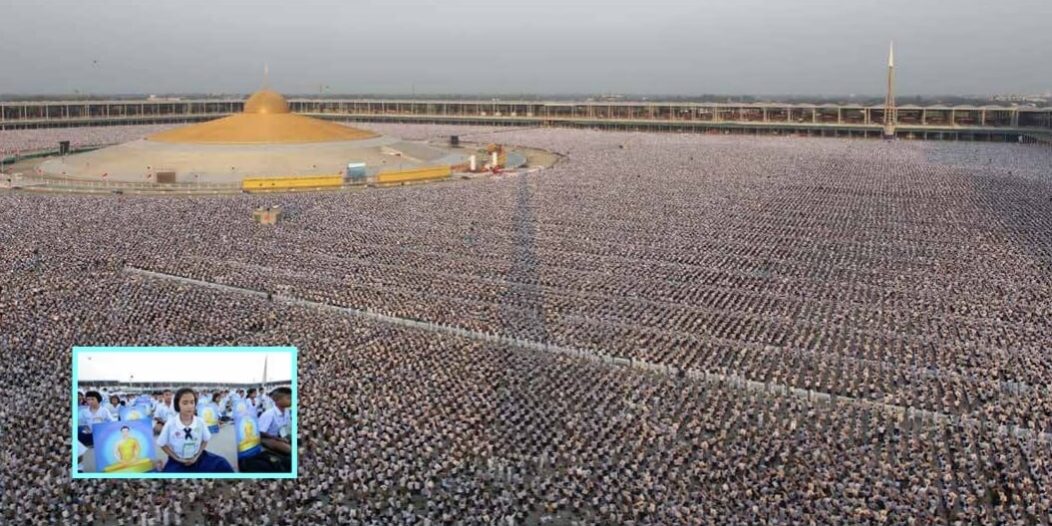 Each year, roughly one million children from over 5,000 schools join at the Wat Phra Dhammakaya Buddhist Temple in Thailand to participate in the ‘V-Star Change the World Project.’ The V-Star project is an effort to bring world peace to the planet through mass meditation. The children involved in the project sit in total silence for an entire day.

The children selected for this event are all seen as leaders among their peers, so the ritual also acts as a sort of networking social event, as the participants will have a chance to meet and talk before and after the ceremony. 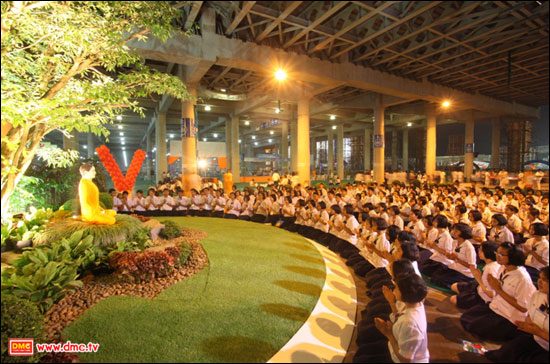 The process to get accepted for this project is extremely rigorous, and the membership is very exclusive. The children who are selected are required to complete ten different tasks every single day for up to three months. Some of these tasks are simple, like helping their parents with housework and making their beds, but others may be more difficult. 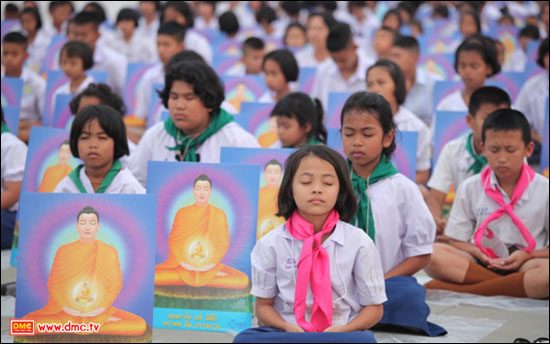 The Minister of Education, Prof. Dr. Suchart Thadathamrongvej spoke on the importance of the event, saying that he was impressed to see so many children in meditation.

“We are the leaders of a moral revival project. Today I am very impressed when I see lots of children coming here together to do good deeds. I’m confident that Luang Phaw’s method is right and correct to change this world to be beautiful because of morality again. The temple upholds that changing the world begins with changing ourselves. Because of this, everyone can alter the world’s future in a small way,” Thadathamrongvej said.

The children are certainly the future, but can meditation really bring peace to the world?

The art of meditation dates back many thousands of years and is just as natural as dreaming. Throughout history, the practice of meditation has had a profound impact on the intellectual and spiritual growth of billions. Even in today’s materialistic societies many people still meditate.

A 2005 study showed that one in three adults meditate on a daily basis. Yet in our modern institutions of control like the education system or the media we see a very sarcastic and even negative attitude towards meditation. Meditation is presented by the establishment as a sort of tribal ritual that has no place in the so called “civilized” world. Many people buy into this mentality not knowing what meditation is and go through their whole life with an unclear perspective of their own consciousness. 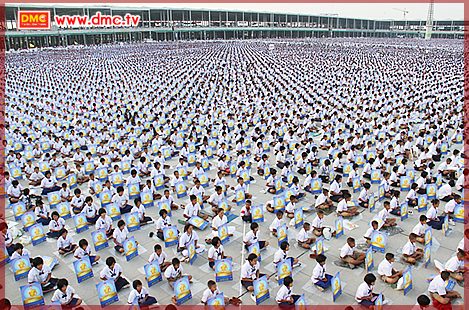 In 1998, a breakthrough study published in the Journal of the American Medical Association, by a DR. Dean Ornish showed that meditation can actually reverse heart disease. This study lasted for over 5 years and involved various control groups that all had coronary artery disease, and only one of these groups practiced meditation. Amazingly the group that practiced meditation had actually managed to reverse the effects of the illness. Meditation can also help to heal mental disturbances and correct psychological issues.

In 2006, a doctor by the name of Ron Cavanaugh started a meditation program at Donaldson high security prison in Alabama. His course was called “Dhamma Brothers” and included a 10-day session in which inmates refrained from speaking and took on 100 full hours of meditation during the session. The results of this program were profound and greatly improved the lives and attitudes of the inmates. Many of the inmates said that they wished that they only would have known about meditation before they made the decisions that landed them in prison.

Every tech company has some sort of Easter Eggs built into their products and Facebook Messenger has one too. The Easter Egg in Facebook Messenger lets you play chess with a friend directly in a Facebook chat window. However, to launch the game and play, you need to input special phrases. BetaNews shares the instructions: During…