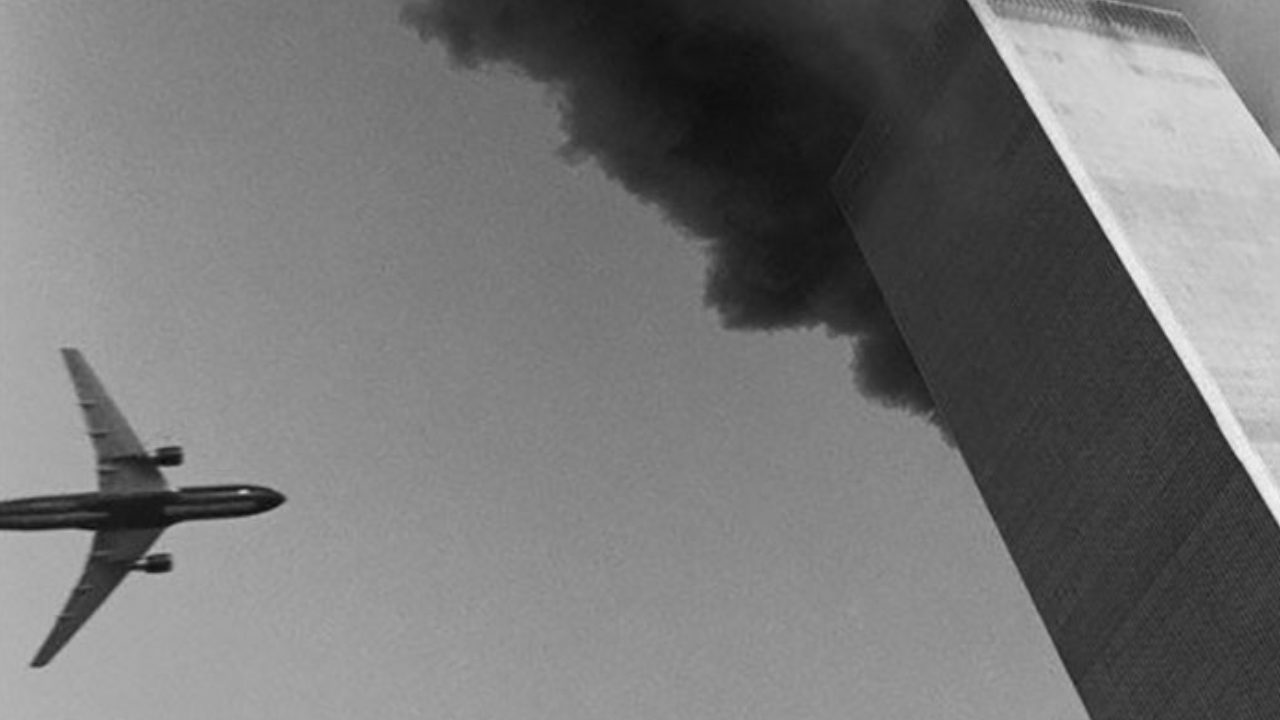 The destruction of the World Trade Center Towers in New York City on September 11th, 2001 was one of the most important and tragic events in modern US history. The entire world had their eyes glued on the non-stop news coverage for days or even weeks in some cases. With all that has happened in global politics in the past 20 years, many of the images from that day have faded away in our memories.

However, this is an incredibly important moment in the history of the world, so it is essential to have a proper understanding of the events that occurred that day to have a complete view of what is going on in the world now.

Below is a collection of rare photos from that day that have recently been circulating on the internet. These photos give a glimpse into the reality of what occurred that day, and show the true destruction that was witnessed by so many New Yorkers. 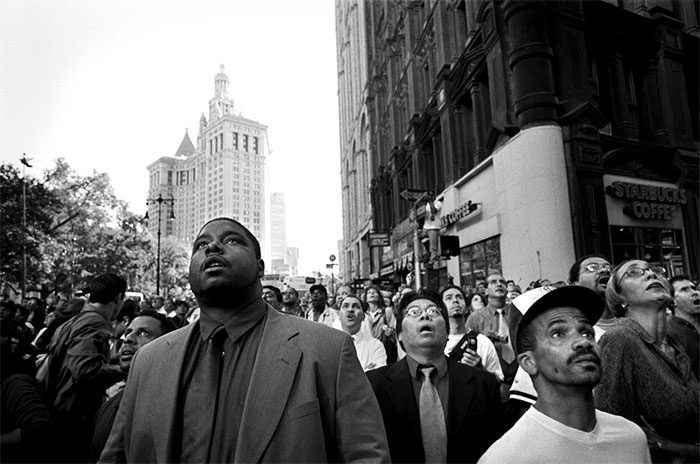 Many shocking photos were taken of both planes as they were approaching the buildings. Many of the photos of the second plane were taken by accident because people just happened to be recording or taking pictures of the destruction caused by the first plane. 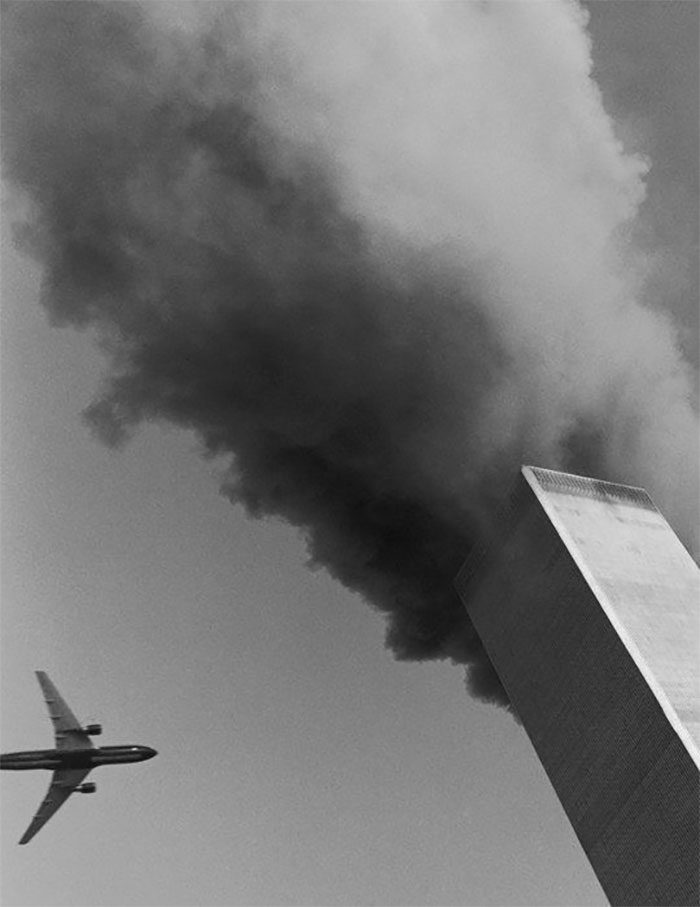 The most shocking photos by far are the images shown of people jumping from the towers to their deaths. Earlier this week, we wrote of the Associated Press photographer Richard Drew, who took the iconic picture that came to be known as the “falling man.” 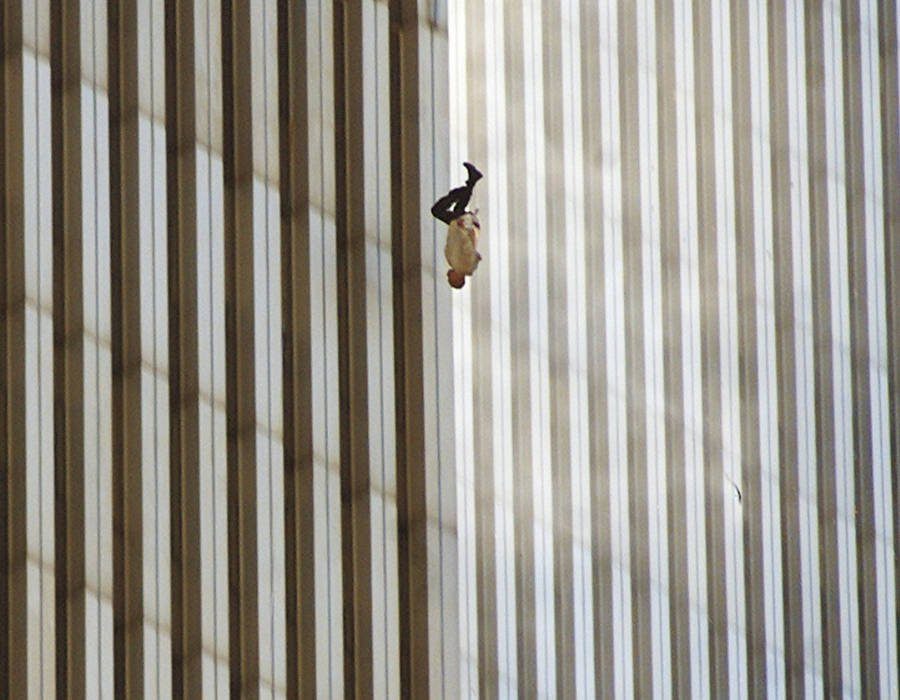 The identity of the man was never uncovered, although there are some theories as to who he was. Still, the photographer believes that the man’s identity is not important. He says that the falling man can be a symbol of the many people who fell to their deaths on that day. 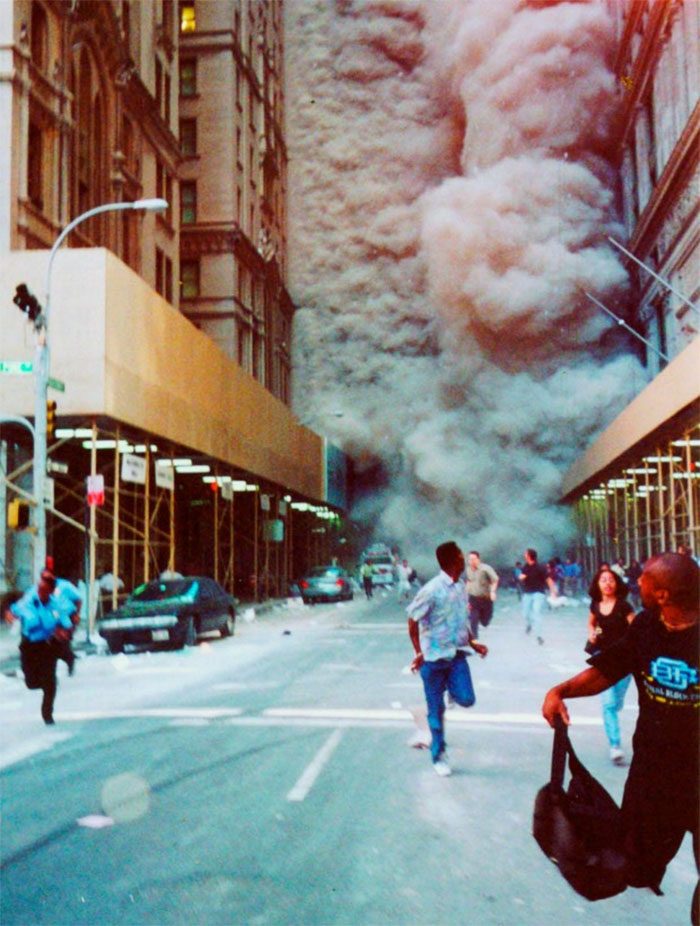 Another historic image from the tragic event is the sight of panicked people fleeing ground zero, many of them covered in debris and toxic dust from the interior of the building. 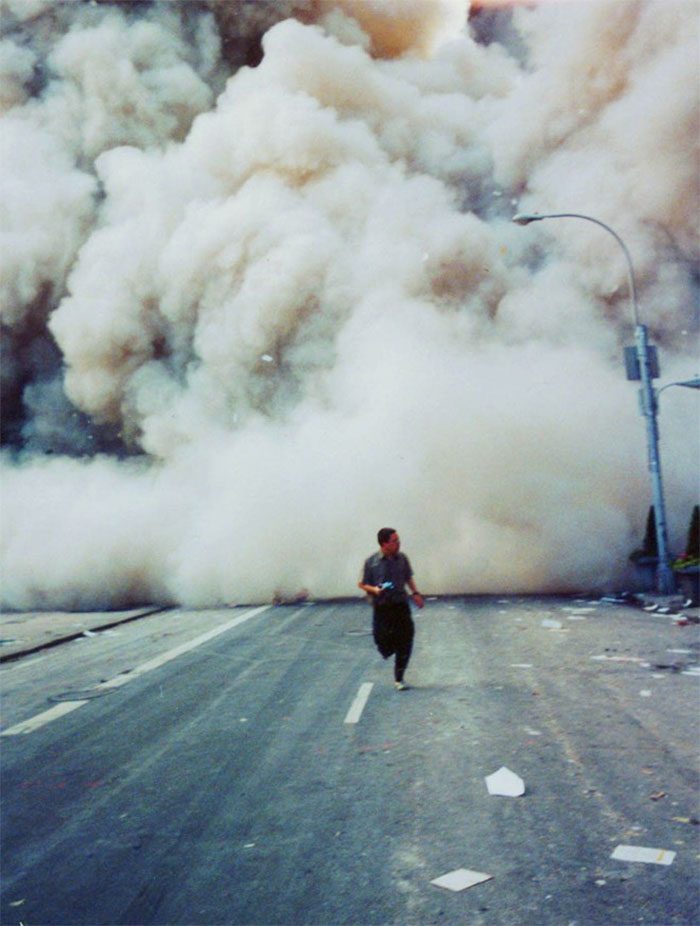 Shots were taken from all over the city by residents and tourists, many of whom did not realize the gravity of the situation. 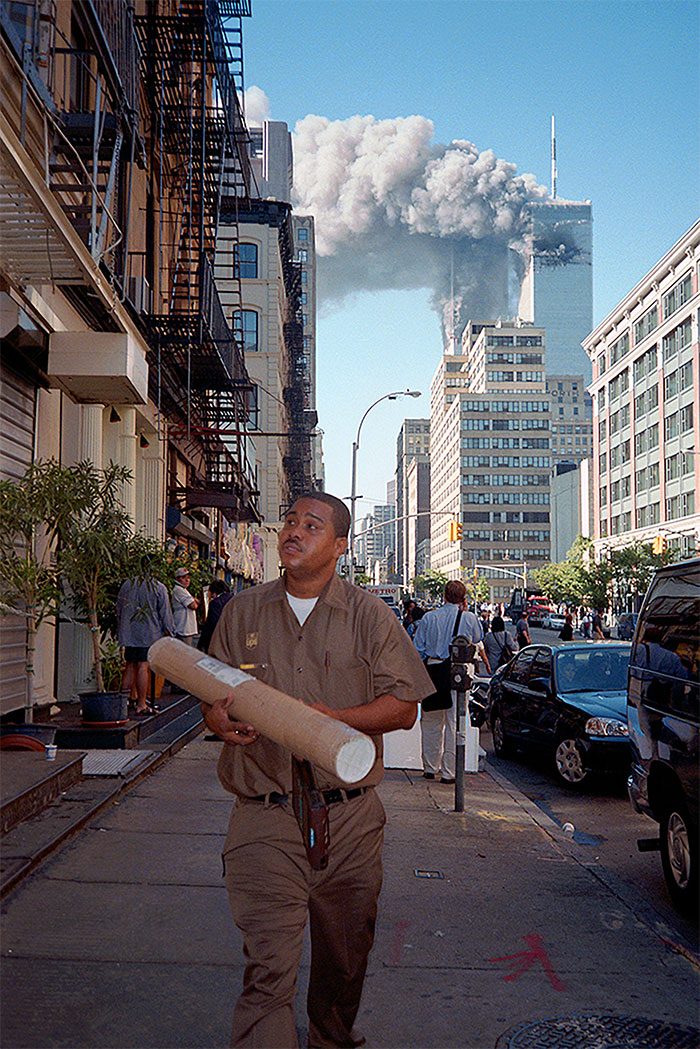 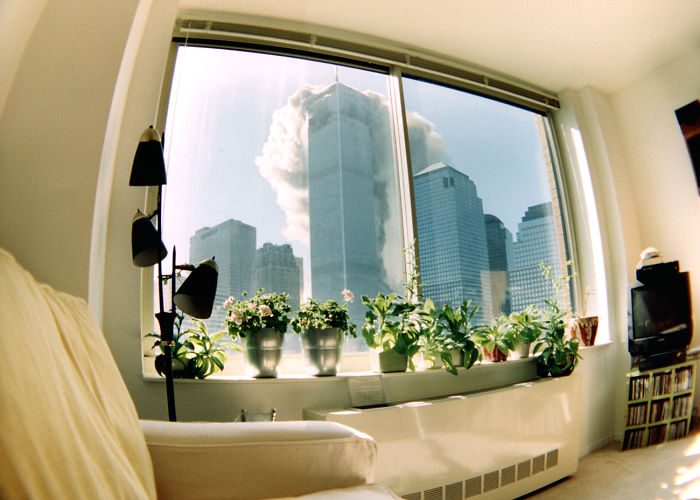 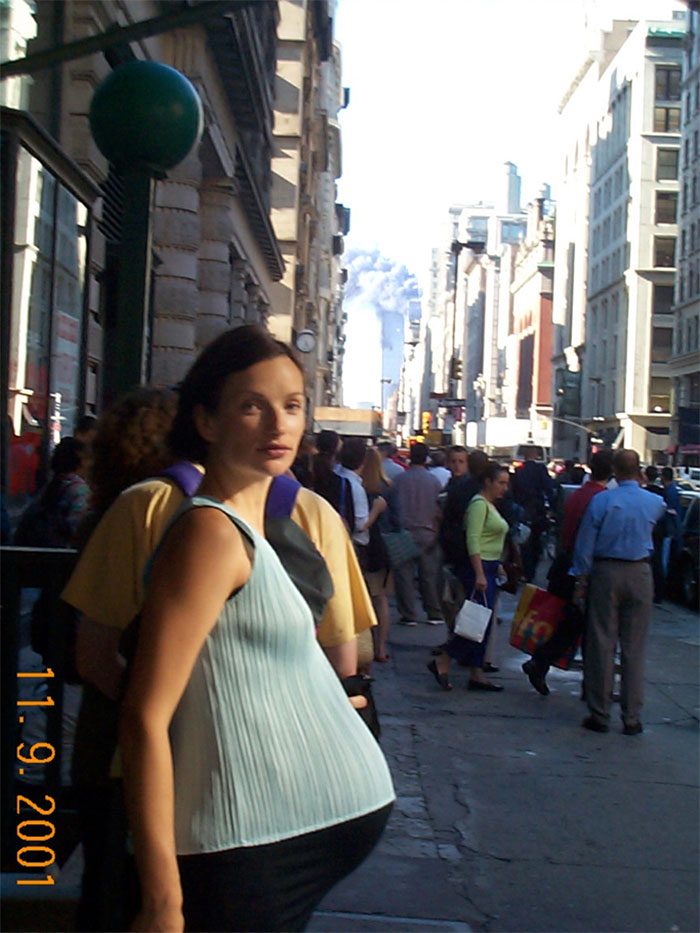 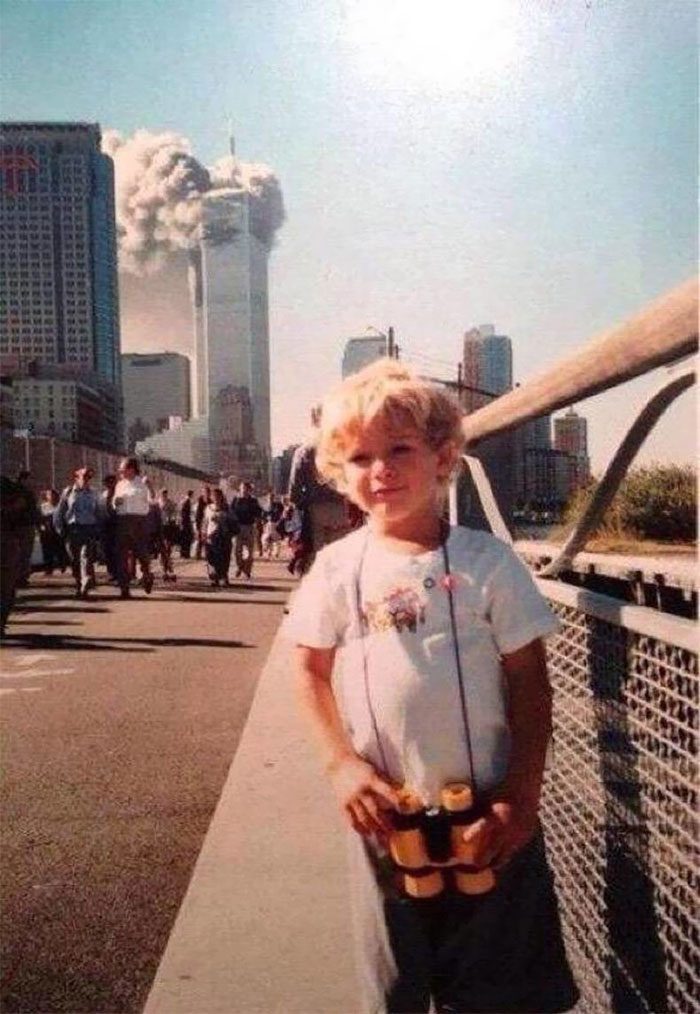 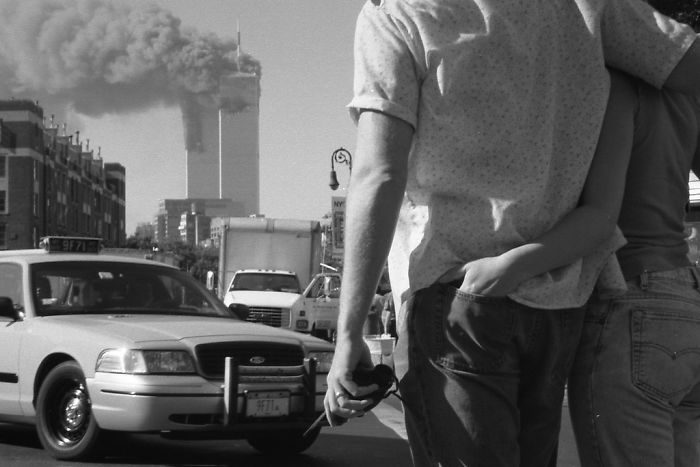 There was so much smoke and debris from the attack, that it could be seen very easily on satellite photographs later released by NASA. 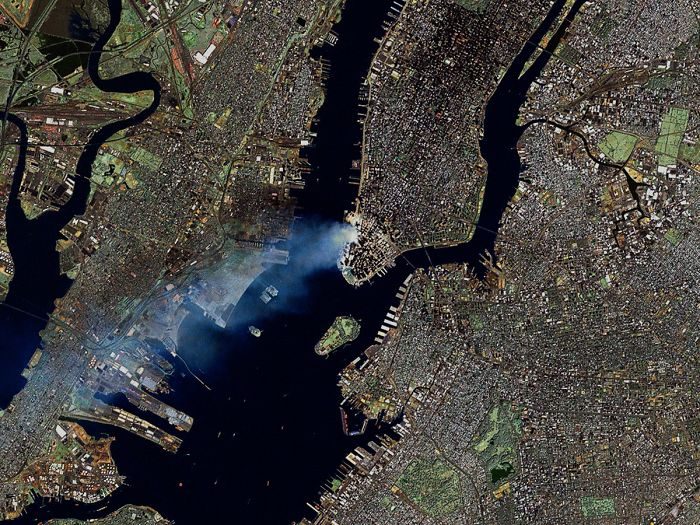 The Following photos show the destruction that was caused up close. 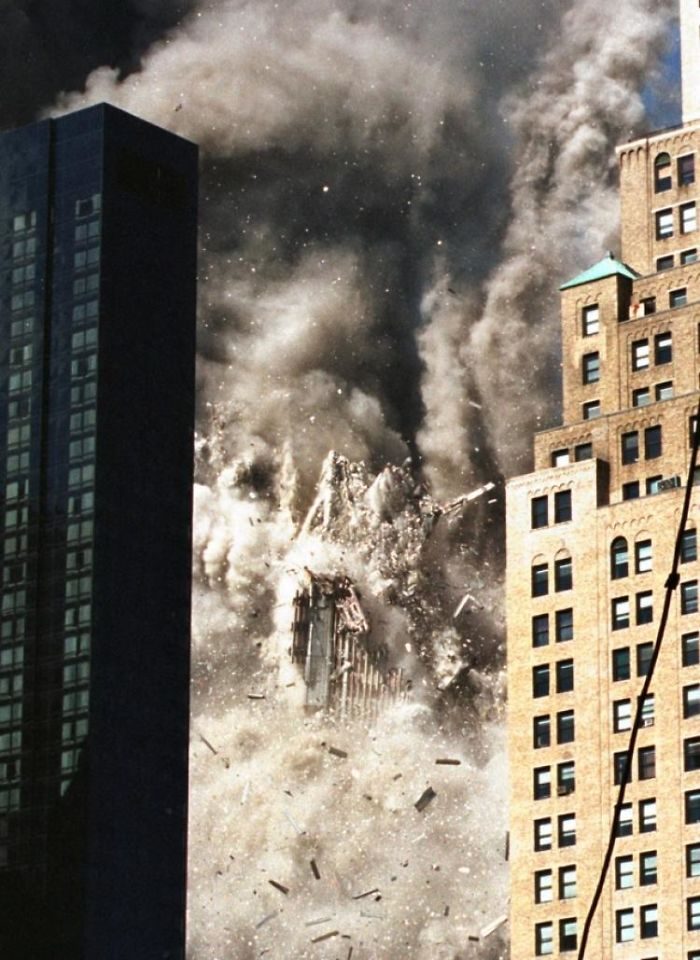 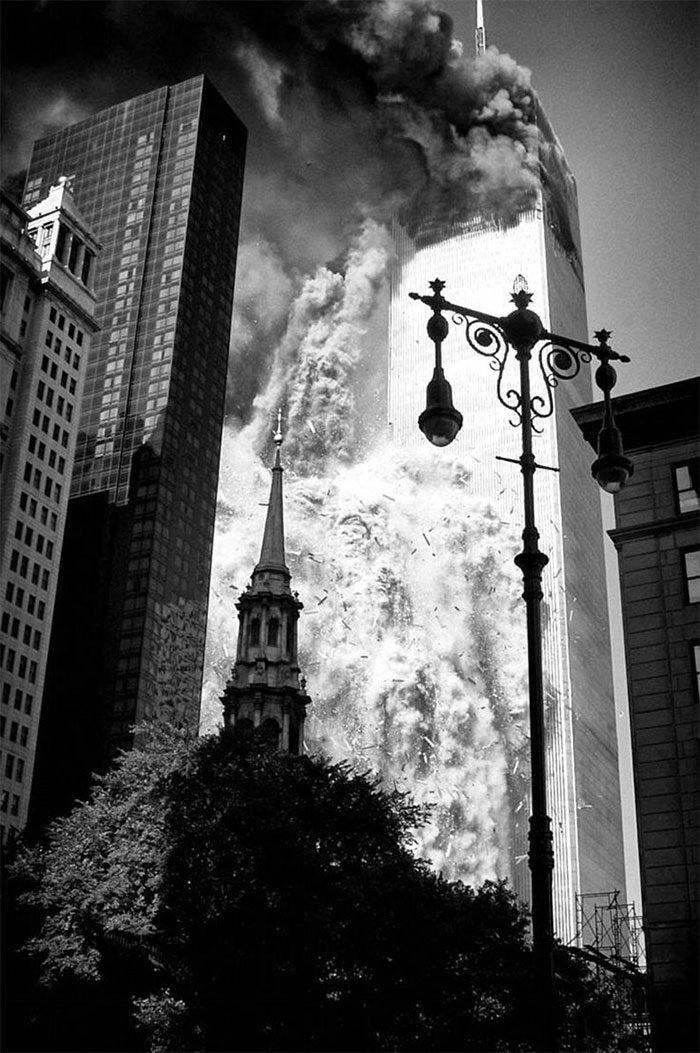 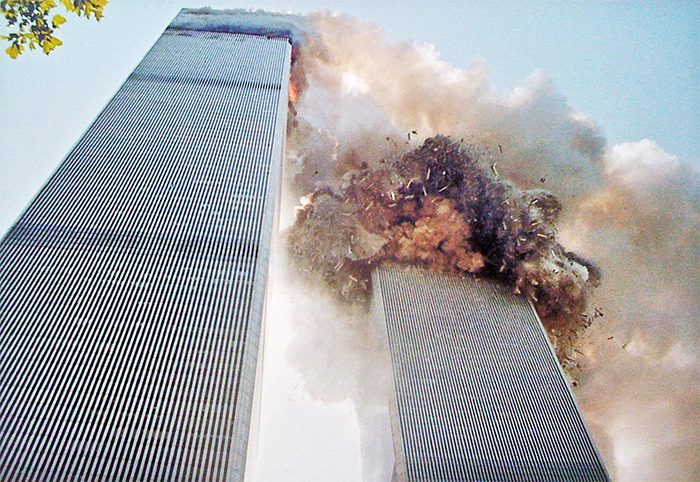 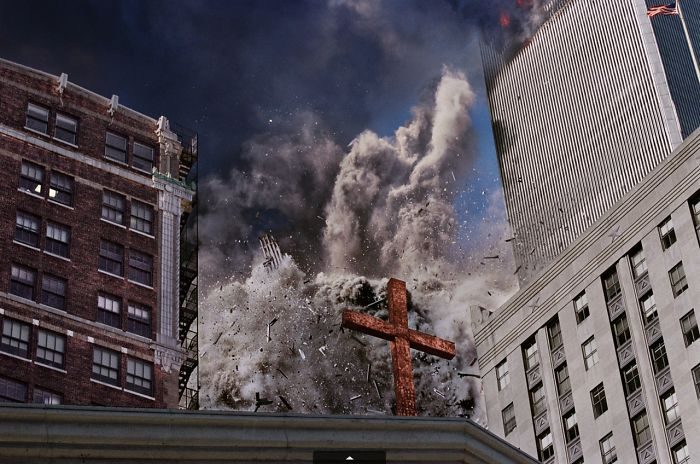 According to Wikipedia, “Hundreds of thousands of tons of toxic debris containing more than 2,500 contaminants, including known carcinogens, were spread across Lower Manhattan due to the collapse of the Twin Towers. Exposure to the toxins in the debris is alleged to have contributed to fatal or debilitating illnesses among people who were at Ground Zero.

The Bush administration ordered the Environmental Protection Agency (EPA) to issue reassuring statements regarding air quality in the aftermath of the attacks, citing national security, but the EPA did not determine that air quality had returned to pre-September 11 levels until June 2002.”

The following is an incredibly rare series of photos showing the exact moment of impact. 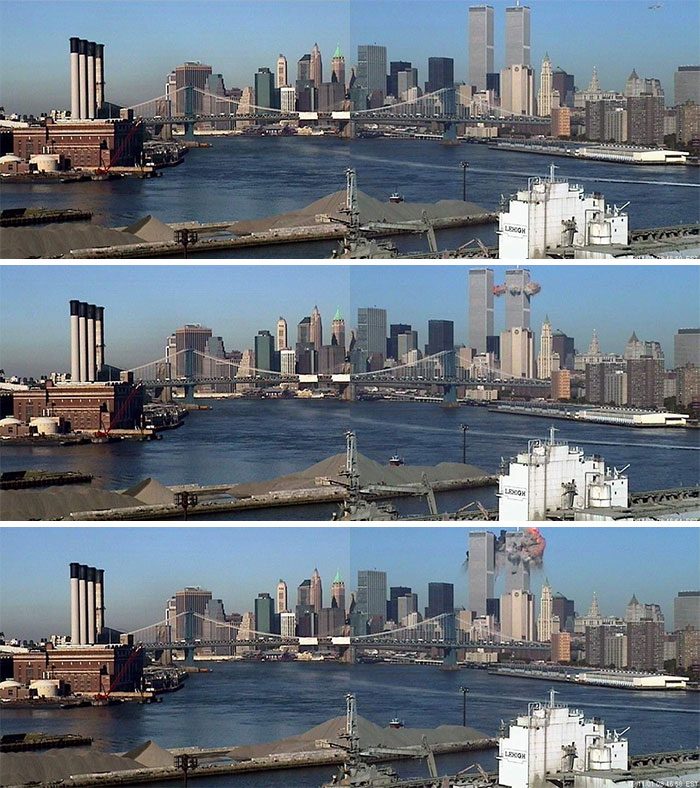 As we reported earlier this month, much of the footage that we have from the event are the same few videos that were shared widely on news reports the day of the incident. However, every so often, some independent footage makes its way around the internet. One of the clearest videos taken of the plane collision was captured by New York University student Caroline Dries. Dries reportedly filmed the footage from her dorm room at the nearby university.

Driers and her roommate, Megan, were reportedly woken up by the sound of the explosion from the first blast. Since it was such a strange occurrence, Driers took out a video camera and began filming what she saw. That’s when another plane came into the shot and hit the second tower.

(ANTIMEDIA) China — With the world waiting to see if the madness in Syria will devolve into a true global conflagration, Korean media reported Monday that China has just deployed around 150,000 troops to its border with North Korea. From the Chosun news agency: “As the United States announced its independent North Korean behavior and…