A family from Manchester that has been missing since 2014 was found in Syria last month, and they are now pleading for re-entry into the UK. The family was detained by Syrian Democratic Forces (SDF) near the eastern Syrian town of Hajin, for suspicion of association with ISIS.

51-year-old Safiya Zaynab, and her two daughters, 29-year-old Shabina Aslam, and 17-year-old Alireza Sabar, say that they were expecting to be taken on a vacation to Turkey, but somehow ended up in Syria, where they were kidnapped and courted by ISIS fighters.

Both of the young women reportedly had children while they were living in Syria.

In an interview with Channel4 after the family was found in Syria, Aslam said that doesn’t have any regrets because she didn’t do anything wrong.

“I don’t regret anything because we came on holiday, which then turned into this. I don’t know how, it’s never been explained to me. We all miss our life before, we miss freedom, independence, no fear. We want to go back to England, back to my family, I want my children to have a normal life,” Aslam says.

Aslam said that they tried to get help to escape the country, but everyone that they got close to wanted to wrap them into a marriage.

“You can’t trust anyone, we asked the Syrians and Iraqis to leave but no one wanted to help us. The culture was completely different. The Arabs never help the women, they just pushed them towards marriage,” Aslam says.

However, according to Zaynab’s estranged husband, Sabar Aslam, there may be more to the situation than meets the eye. Zaynab told The Daily Telegraph that there were troubles in the marriage when his wife left in 2014, and he was convinced that his family had voluntarily moved to Saudi Arabia. Although, Zaynab does not suspect that they were the type of people who would join ISIS.

“They left me four years ago and that’s the end of the story. She wasn’t happy with me. They are not brave people they are very soft people. I don’t think they would be joining something like ISIS. The police have interviewed me many times. They asked me questions about them but they never said they were in Syria. I thought she had gone to Saudi Arabia as all the time Safiya was talking about it. I thought she went there,” Zaynab told The Telegraph.

These three women are among many who were trapped in so-called “death camps” in ISIS-controlled territories of Syria. They are not the only women from the UK who are hoping to return from the region either.

Nassima Begum, a 29-year-old mother from London, is also fighting to re-enter the country. In an interview with the Telegraph released this week, Begum insisted that a man coerced her into the ISIS caliphate. 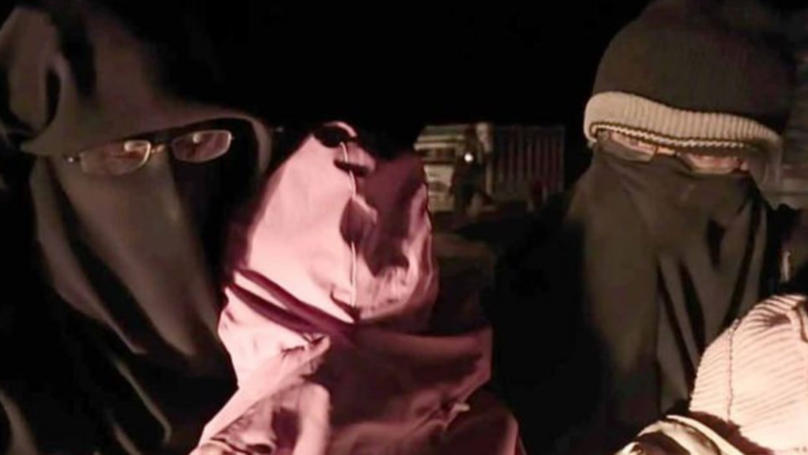 “Some of the women here believe in Isil ideology, I can promise you I am not one of them. My husband didn’t want to stay in the UK, he wanted us to live in an Islamic country. The plan was to go to Saudi Arabia but then he decided on Syria. I had no choice but to follow him,” Begum said.

It is estimated that there are at least 7 British women and 15 of their children currently being housed in camps in Syria, awaiting a decision from authorities as to whether or not they will be allowed to re-enter the UK.

ISIS has been quickly losing their control and power in Syria. This week, CNN reported that the ISIS territory has been reduced to just 700 square meters of land. In their prime, ISIS dominated a large portion of the middle east and controlled an area the size of Great Britain. The group reportedly once had over 10 million people under their rule.

Western forces still seem dedicated to regime change in Syria, despite the weakening influence of ISIS in the region.

Joseph Votel, the top American general in the Middle East, told CNN, “(The caliphate) still has leaders, still has fighters, it still has facilitators, it still has resources, so our continued military pressure is necessary to continue to go after that network.”

In A BBC program titled Dynasties, recently one clip alone from that show went viral on the Internet, in which one lion takes on over 20 hyenas in a shocking display of the realness of nature. The clip begins with the narrator explaining that at a certain point of maturity for a young lion like…

The drugs that will rot your flesh, destroy your vital organs, and turn you into a zombie. As Ireland announces it will decriminalize heroin and Ohio considers legalizing marijuana, we look at 10 most dangerous street drugs in the world, their histories and side-effects. 10. Purple Drank One of the more unusual drugs around at…

By: anon67 Once Syria’s largest city, Aleppo has been the worst-hit city in the country since the Battle of Aleppo began in 2012 as part of the ongoing Syrian Civil War. Now a series of before-and-after photos reveals just how much the once-vibrant historical city has been marred by war. Olympia Restaurant, which calls Aleppo…