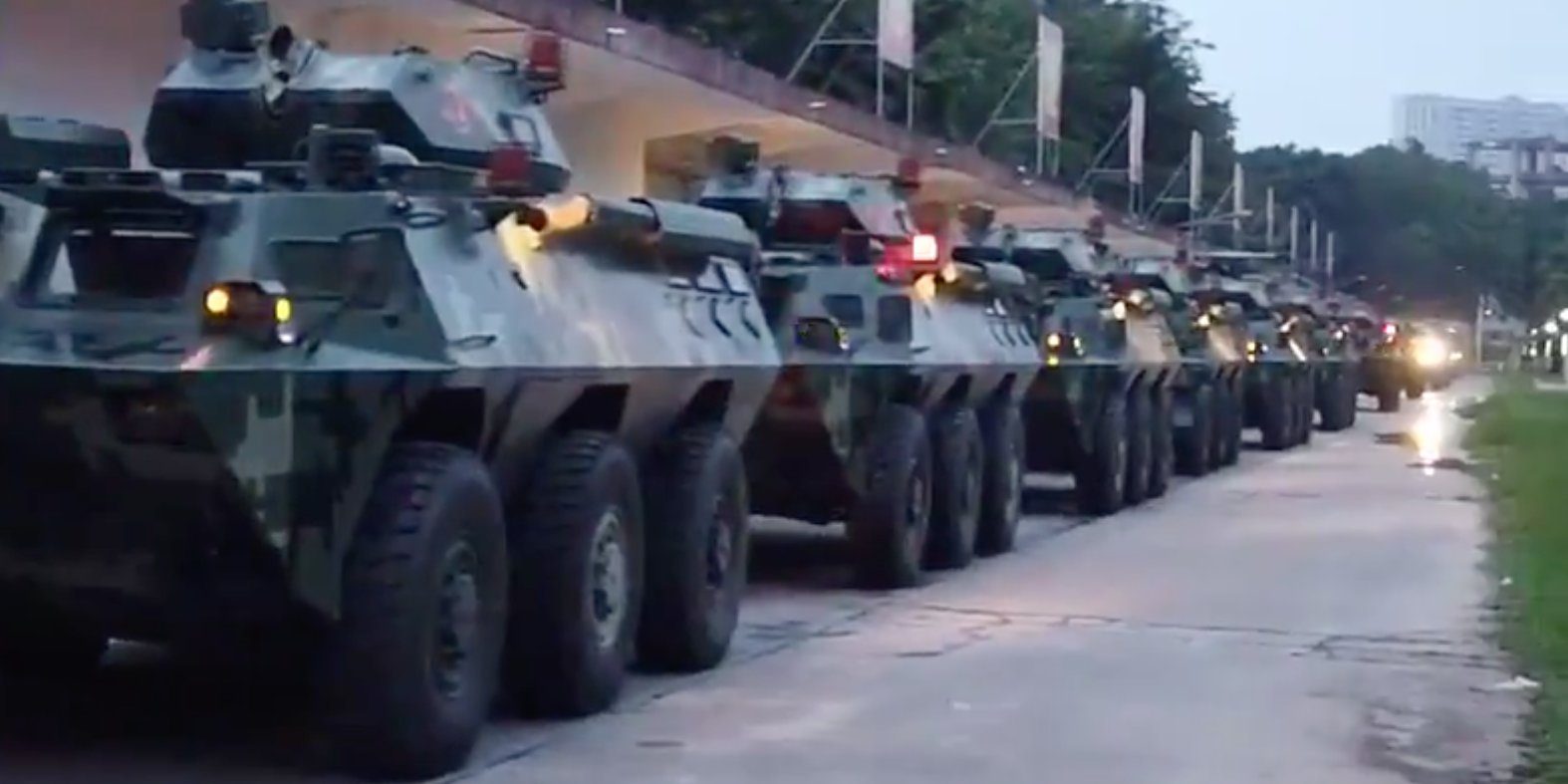 The city of Hong Kong might soon see an invasion by the Chinese military amid violent anti-government protests which have caused all flights in and out of the international airport to be cancelled. There are preliminary reports from witnesses saying that they have seen the Chinese military nearing the Hong Kong border.

People within the Hong Kong city limits have taken to social media and some alternative media websites to post videos and pictures of what appears to be the Chinese armed forces entering the city in preparation for military actions. In one video, a convoy of camo green army trucks can be seen following one after the other entering downtown Hong Kong, likely carrying hundreds, possibly thousands of troops.

According to agreements between the city’s officials and China’s communist party, the military cannot enter Hong Kong unless requested to do so. It is not clear as of now whether they plan to breach this agreement. The protesters in Hong Kong do not seem to be backing down for many weeks now and appear to be giving the local police a challenge.

Comment threads on some blogs and social media are conveying the idea that we may be witnessing history, some are calling it Tiananmen Square 2.0

In the time since the protests erupted and have become progressively more violent, we have seen images of bloody protesters and reports of fighting in the streets. It is estimated that there are hundreds of thousands of protesters participating.

The protests initially focused on a bill which would allow the government to extradite residents from Hong Kong to mainland China, and has graduated into an all-out defense of democracy for the semi-autonomous region.

Hong Kong has already tasted democracy and a fairly high level of freedom for many years since the British relinquished rule of the city in 1997 and they are obviously unwilling to give way to the Communist Party. 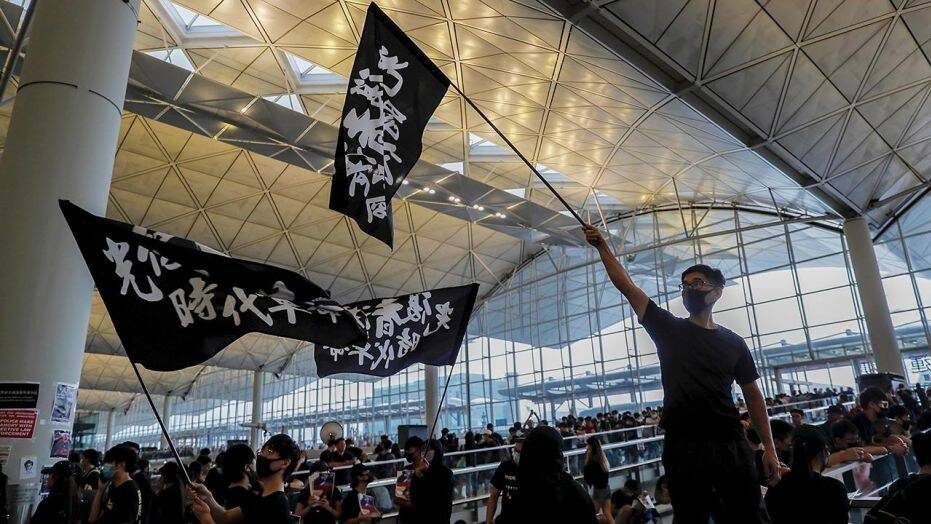 Officials from China’s state council stated last week that they would not “sit by” if the situation in Hong Kong reached a point that was beyond the city’s control.

According to Xinghua, a state-run news agency, China’s top business leaders and pro-Beijing politicians were advised in a meeting that, “According to the Basic Law, the central authorities have ample methods as well as sufficient strength to promptly settle any possible turmoil should it occur,”

They also stated that the immediate concern was to end the violence and restore order in order to safeguard the city.

Director of the China liaison office in Hong Kong, Wang Zhimin, said that stabilizing Hong Kong is now a question of “life or death”.

He was quoted as saying, “It is now a ‘life-or-death’ fight for the very future of Hong Kong, there is no room for retreat.”

Zang also said he believes Hong Kong is now dealing with the worst crisis since 1997, when it was granted sovereignty under a treaty called The Basic Law, which gives the region its independence under a “One Country, Two Systems policy” until the year 2047.

The Basic Law allows Hong Kong to maintain its own political structure and economic and legal systems separate from China for the fifty-year period as per the law. Also under this law, China’s People’s Liberation Army maintains a presence in the area.

The people of Hong Kong have shown they are not going down without a fight.

According to the National Insitute of Mental Health, an estimated 17.3 million adults in the United States had at least one major depressive episode in the past year, which accounts for over 7% of the adults in the US. However, this number is likely to be far higher, as many people with mental illness do…