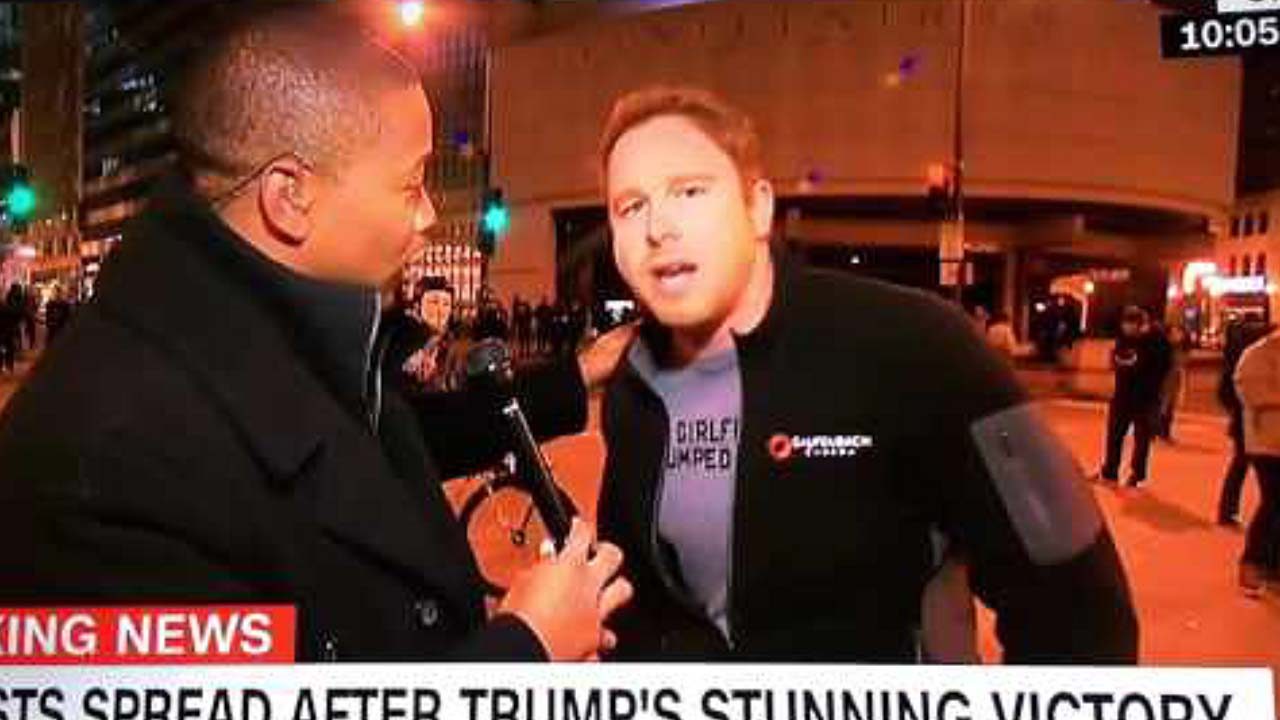 CNN outs themselves as using their own cameramen as fake protesters.

OOPSY! Using your own camera man to voice an opinion. Editorials belong in that segment on your new network.

Looks like the anchor man knew the guy who was so mad about the electoral college. They all know each other, how nice.

If you’ve been watching CNN just for laughs since Trump won the election, you probably saw some worthless white trash meltdown with Don Lemon last night. His name is “Brian” and his meltdown on CNN was epic last night. Turns out, this “Brian” is a CNN cameraman.

This week, a woman glued her breasts to the pavement in protest, outside of the Goldman Sachs offices in London. The protest was a part of larger demonstrations in the financial district of London. The woman was described by news outlets as an “eco-protester.” Passengers on a bus spotted the woman lying face down with…

Greetings. This is a message to Greta Thunberg, from Anonymous. We understand and sympathize with your concerns about the environment, and agree that the blame lies with many of the world’s most powerful corporations. However, you may want to be careful that you are not led astray by people who are a part of the…

During his training exercises, a US marine reportedly saw a lot of strange things. A video series was published that went viral recently, exposing the stories of a marine who claims to have seen some paranormal type things out in the extremely hot California desert. The California desert is home to Death Valley, which is…