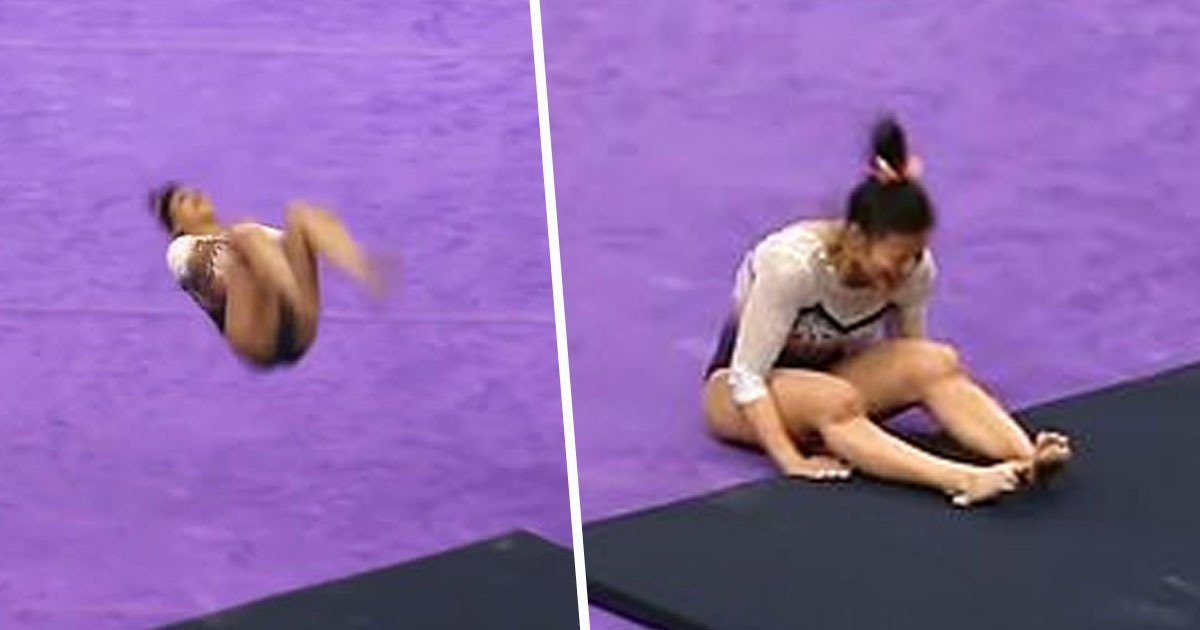 Earlier this week, a senior gymnast from Auburn University, Alabama, broke both of her legs and dislocated both knees in a horrific fall during her performance.

The gymnast, Samantha Cerio was competing on behalf of the Auburn Tigers at the NCAA gymnastics regional semi final in Baton Rouge, Louisiana.

Cerio attempted a very challenging flip, but she did not make the blind landing.

Auburn’s coach Jeff Graba said that the scene was heartbreaking to watch.

“It was pretty tough to watch. She’s a trooper. The last thing she said was, ‘Go help the girls.’ The girls rallied around her. They’re doing this for her right now. I gave her a hug, told her I hugged her before she left and said we’d catch back up tonight,” Graba told NOLA.com.

Graba said that the team was still about to make it to the next round of the finals, and they will be competing in Cerio’s honor.

“We weathered some adversity. I think we’re a really good team. All that did was prove it. That was our second-highest score of the year, and we did it with 16 judges on the floor. We really feel we’re a quality team and we belong in the Sweet Sixteen. Now we have an opportunity to compete in it,” Graba said.

Teammate Abby Milliet said that they will honor Cerio’s sacrifice by competing as hard as they can.

“Y’all. I know we want to feel sad for Sam right now, but this is not what she would have wanted. Sam has put everything into this, and she’s going to want us to give everything. This is our new fire,” Millet said.

Even the opposing team were praying for the young woman, hoping that she will make a full recovery.

LSU’s Ruby Harrold said that the Bayou Bengals said a prayer for Cerio right after it happened.

“It was really upsetting. I saw the look on (our team doctor’s) face, and he ran across the floor with lightning speed,” LSU coach D-D Breaux said. 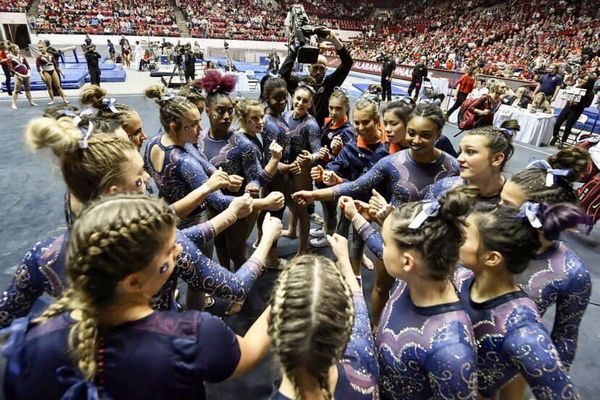 Sadly, shortly after the injury, Cerio announced that she will be retiring as a gymnast.

Friday night was my final night as a gymnast. After 18 years I am hanging up my grips and leaving the chalk behind. I couldn’t be prouder of the person that gymnastics has made me to become. It’s taught me hard work, humility, integrity, and dedication, just to name a few. It’s given me challenges and road blocks that I would have never imagined that has tested who I am as a person. It may not have ended the way I had planned, but nothing ever goes as planned.

This is not necessarily a sad ending to the story though, she never planned to make a career out of gymnastics. She was an outstanding student who earned All-SEC awards in 2017 and 2018 and landed on the All-SEC freshman team in 2016. She is also an aerospace engineering major who landed a job with Boeing in Seattle last year.

After accepting the job, Cerio said that she always knew that someday she would have to give up the sport.

“My parents have been the most supportive people ever, but they always reminded me that gymnastics won’t always be there for you. Yes, if you’re doing it, you want to do your absolute best because there’s no reason to put yourself through training for so many hours a week and putting your body through so much stress if you’re not going to do it to your best potential,” Cerio said.

“But they always reminded me that gymnastics will end eventually, and you need to have something to fall back on, something that you can be passionate about just as equally,” she added.

By: Dave Mosher and Andy Kiersz “If I survive a nuclear-bomb attack, what should I do?” Michael Dillon, a Lawrence Livermore National Laboratory researcher, crunched the numbers and helped figure out just that in a 2014 study published in the journal Proceedings of the Royal Society A: Mathematical and Physical Sciences. Likewise, government agencies and…