Researchers discovered genetic mutations in three generations of butterflies near Japan’s crippled Fukushima Daiichi site, less than a year after a tsunami destroyed the power plant. These mutations appeared to have spread rapidly through subsequent generations of butterflies. Since the study, little has been reported on how radiation spewing from the power plant has reshaped the neighboring environment.

Approximately 12 percent of pale grass blue butterflies were exposed to nuclear fallout as larvae, immediately following the 2011 Fukushima disaster. The radiation caused certain abnormalities in the butterflies, including smaller wings and damaged eyes.(1)

The butterflies were mated in a laboratory outside the fallout zone. Approximately 18 percent of their offspring manifested similar abnormalities, according to Joji Otaki, associate professor at Ryukyu University in Okinawa, southwestern Japan.(1) 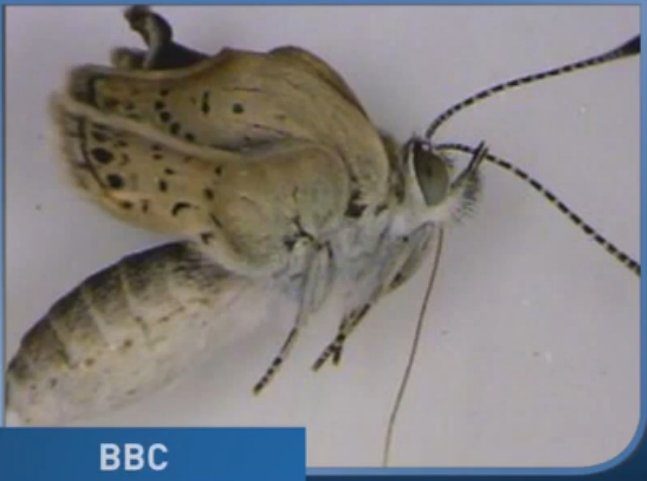 These estimates rose to 34 percent in the third generation of butterflies, he added, even though one parent from each pair was from an unimpaired population.(1)

The researchers also gathered an additional 240 butterflies from Fukushima six months after the catastrophe. Abnormalities were seen in 52 percent of their offspring, which was “a dominantly high ratio,” Otaki told sources.(1)

Otaki purports the high radiation readings could be a corollary of both external and internal exposure to radiation from the atmosphere and contaminated foods. The results of the study were published in Scientific Reports, an online journal.

Otaki also conducted a comparison test in Okinawa, where he exposed unaffected butterflies to low doses of radiation. The butterflies exhibited similar rates of abnormality, he said.(1)

“We have reached the firm conclusion that radiation released from the Fukushima Daiichi plant damaged the genes of the butterflies,” Otaki said.(1)

Some people believe the reverberations of nuclear exposure are exhibited by successive generations of people living in Hiroshima and Nagasaki, where the US dropped atomic bombs on innocent civilians towards the end of World War II.

Nevertheless, Otaki is hesitant to leap to these conclusions, claiming his research on Fukushima butterflies could not be applied to other species, including humans. However, he added that he and his colleagues are planning to further conduct tests on other animals during follow-up studies.

Kunikazu Noguchi, associate professor in radiological protection at Nihon University School of Dentistry, agreed that more information is needed to determine the extent Fukushima radiation has had on animals in general.

“This is just one study,” Noguchi said. “We need more studies to verify the entire picture of the impact on animals.”(1)

Doctors and researchers denied any sort of connection between Fukushima radiation and an increased risk for cancer. However, many have expressed concerns about a spike in thyroid cancer rates among young people, following the 1987 Chernobyl catastrophe.

“There are a number of unknown factors surrounding the genetic impact of radiation,” said Makoto Yamada, a medical doctor who examines Fukushima residents. “We still cannot 100 percent deny that the impact may come out in the future.”(1)

More than four years after the initial catastrophe, many residents have yet to return to their normal, everyday lives. Some, even, have refused to go back to the Prefecture due to lingering fears of radiation toxicity.

Indeed, government press releases and superficial representations of normalcy notwithstanding, one thing will always remain certain — the lives of those affected by the 2011 Fukushima disaster will never ever be the same.

Amanda Oleander, a 29-year-old artist from Los Angeles, has captured what love is truly all about in an incredible series of illustrations. Oleander has a huge following, with over 878k people on Instagram viewing her work on a regular basis. She is a very accomplished artist, and was once honored as one of Pure Wow’s…