Right now, Harvard scientists who have been saying they will do this for the past several years finally are preparing for their “experiment,” to white out the skies with material sprayed out of high altitude airplanes into the stratosphere, for the alleged purpose of blocking out the sunlight in order to cool the Earth and prevent global warming.

We’re entering a solar minimum, with some researchers even suggesting that the greatest concern humanity might be facing is global cooling in the next 50 years instead, but this experiment is going forward full force because there is no stopping what appears to be a plan this longterm.

‘As Humans Fumble Climate Challenge, Interest Grows In Geoengineering’ – Sep 24, 2017Media must be confused. If it’s…

In early 2019, Harvard researchers are going to perform their sky-spraying experiment, carefully choosing a material much less associated with geoengineering, a change of plans from their original intent to potentially spray aluminum. Now, they’re going to spray calcium carbonate, to “replicate” the climate-cooling effect the eruption of a volcano would have on planet Earth.

Last month, the experiment was announced in Nature magazine, and it is known as the Stratospheric Controlled Perturbation Experiment (SCoPEx).

According to the official word on this experiment:

“If all goes as planned, the Harvard team will be the first in the world to move solar geoengineering out of the lab and into the stratosphere, with a project called the Stratospheric Controlled Perturbation Experiment (SCoPEx). The first phase — a US$3-million test involving two flights of a steerable balloon 20 kilometres above the southwest United States — could launch as early as the first half of 2019. Once in place, the experiment would release small plumes of calcium carbonate, each of around 100 grams, roughly equivalent to the amount found in an average bottle of off-the-shelf antacid. The balloon would then turn around to observe how the particles disperse.”

The purpose of this Harvard experiment seems to be normalizing geoengineering in the minds of most people, as opposed to really testing how the particles white out the Sun and prevent us from getting the light rays we need.

Is there really a lack of information on what happens when calcium carbonate is sprayed in the sky? An extensive, absolutely well documented and massive history of geoengineering, specifically weaponized weather modification, can be found in this book which you can read online at that PDF for free.

Once a person understands that geoengineering, involving particulates sprayed in the sky, right in the stratosphere, has a very long and well documented history, something else is observed: the entire narrative of climate change or global warming finds origin in some of the same individuals and institutions who are tied to the field of geoengineering.

Massachusetts in particular is thought to be the region in which a lot of geoengineering technology was developed, specifically involving MIT (Massachusetts Institute of Technology) and the “defense” contractor Raytheon, empowered by Raytheon’s relationship with George H.W. Bush’s administration and their use of Raytheon’s staple Patriot Missiles.

In case you missed it, people believe the skies are already being sprayed, that geoengineering is already happening, and there’s a lot of evidence to suggest that’s true.

Rain tests obtained all over the West Coast, and around the US, have repeatedly confirmed that rain tests positive for not just high levels of unexplainable aluminum, not found in free-form in nature and certainly not in the rain, but worse. The rain tests show the same signature set of geoengineering related metals, every time. The tests were taken to a certified and accredited laboratory in Northern California, and you can find all of them here.

Now here’s the thing that becomes difficult to articulate for those who suspect geoengineering is already happening.

Some of us can smell it in the air, in the moisture in the air in specific, on a person’s clothes when they come back inside when contrast can be observed: and the smell always coincides with visually seeing the skies be sprayed. 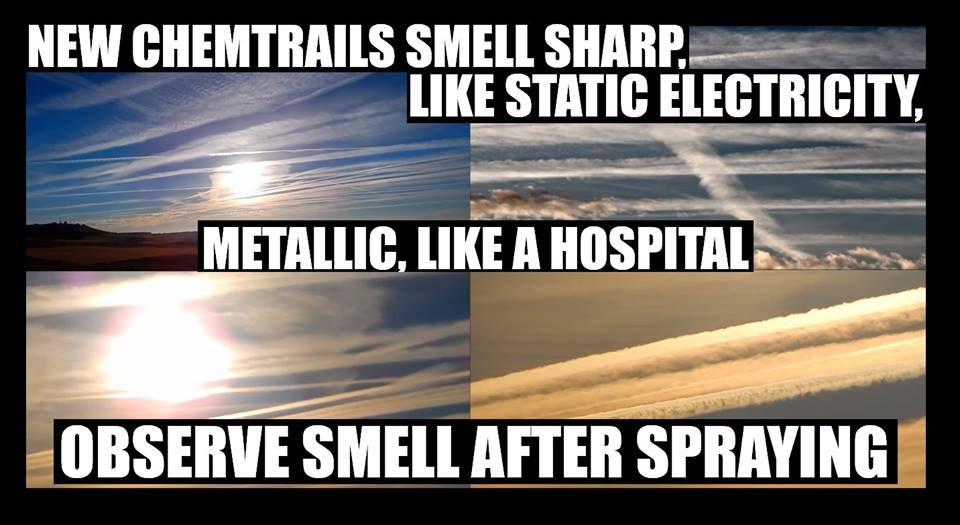 It kind of smells like static electricity, or an aluminum welding workshop, or kind of like a wet dog, according to some people’s accounts. If a smell resembling those things is in the air, on your clothes, on a person when they come back inside, really strong for no reason, well this is what a lot of people think it is.

That’s because these people observed the spraying, and then every time without fail, a little while after seeing the sky be hazed out by trails that don’t dissipate at all, they smell it.

The more the sky is hazed out, the more present that smell is. If people learn to recognize when they smell that, and when they experience flu-like symptoms that frequently accompany it, they might be on that same path of learning that so many have found themselves on. 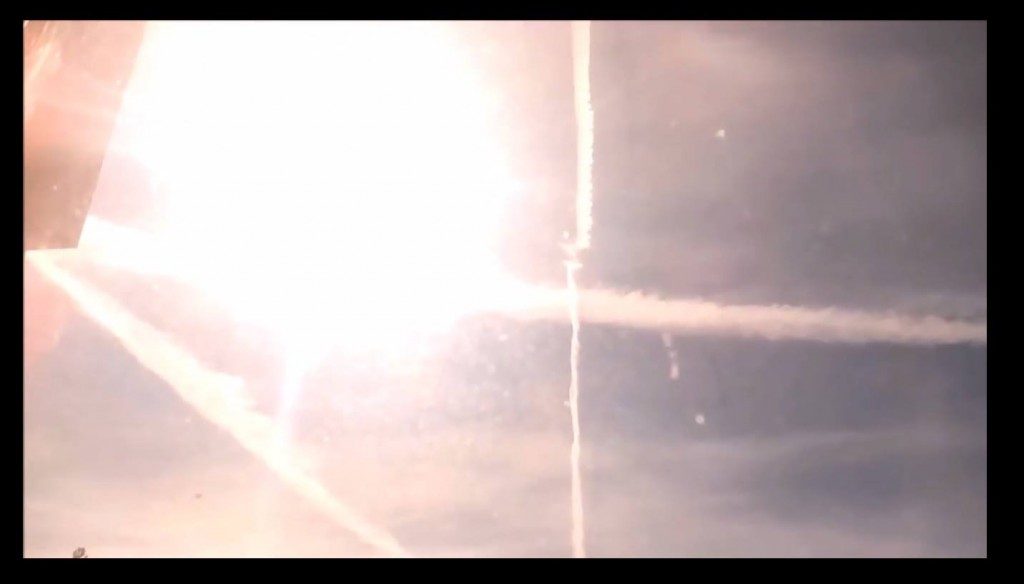 It’s extremely difficult for most people to comprehend the theory that the skies are already being sprayed with aluminum and barium almost every single day, that it has a smell, that it’s constantly in the air and this thing is bigger than almost anybody can comprehend.

So again, what is this experiment actually a plan to do? In the opinion of many people experienced with researching geoengineering, this Harvard study serves the purpose of normalizing geoengineering in the minds of most people, in order to justify a paradigm of open weather modification, which will lead to some countries receiving more rainwater, more sunlight, and some countries receiving less, to describe just one potential outcome from all of this. It could even lead to disguised biological warfare, and the extensive history of people being involuntarily dosed with biological warfare agents should be a testament to the probability of that scenario.

Anecdotal observation is the most powerful tool for figuring out what is going on, and where we are headed, and that makes it extremely difficult to prove what is going on. When people ignore these rain tests, the debate is over: how can those be explained? How could aluminum be found in extremely varying, high amounts in rainwater all over the place?

Explain how aluminum can be constantly found in the rain, or admit that something must be going on to make it appear there: that’s what any skeptic of ongoing geoengineering has to answer.

Recent reports have indicated a banned substance is depleting the earth’s ozone layer, and scientists believe that it is mostly coming from China. The chemical in question is called chlorofluorocarbons (CFC). This is a harmful chemical that was long ago used in fridges and foams, however, China is one of the few places in the…

By: anewkindofhuman Great artists are always messengers of Truth. They may not speak through verbal language, or even the written word. But through their personal creativity, they are able to communicate deeper thoughts, and feelings, that conventional language often times cannot. And they do this in such a way that their chosen form of expression…