Sometimes every word is superfluous. These pictures say more than a thousand words.

1. The view over the overdeveloped metropole of Mexico City (with more than 20 million inhabitants). 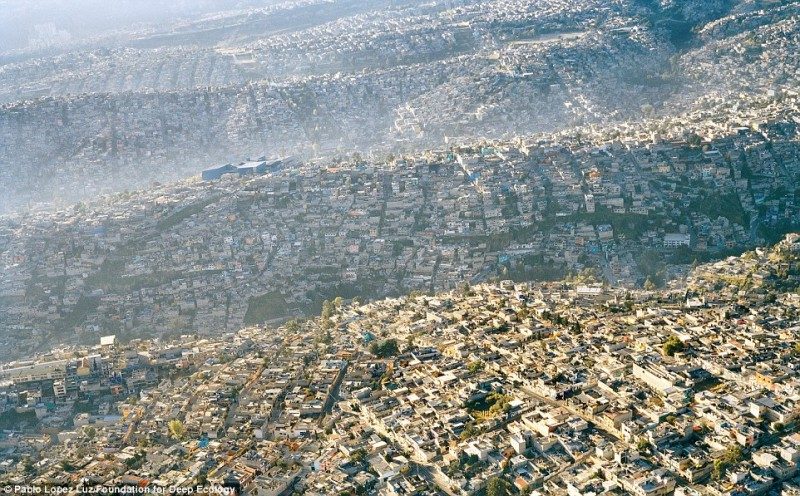 2. An elephant killed by poachers left to rot. 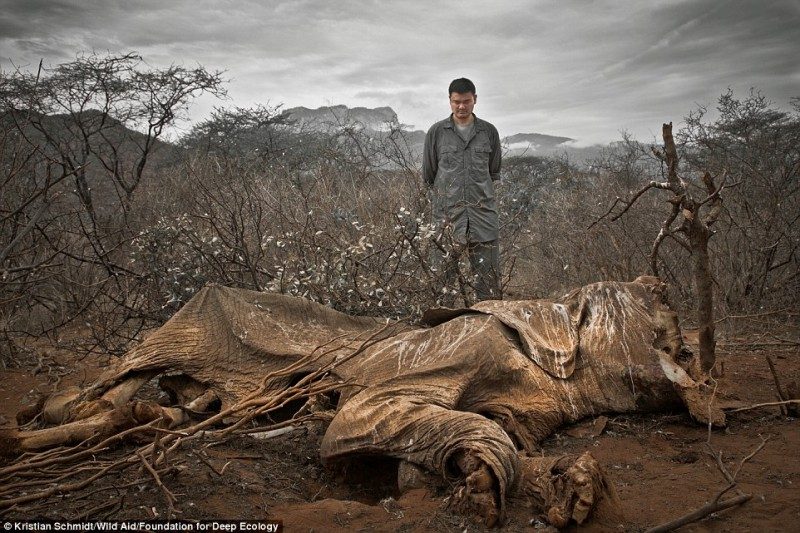 3. The rainforest in flames – goats used to graze here. 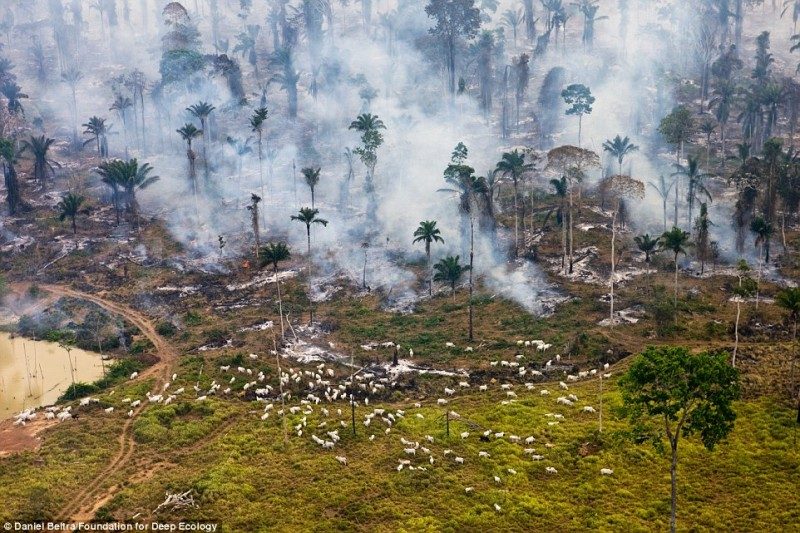 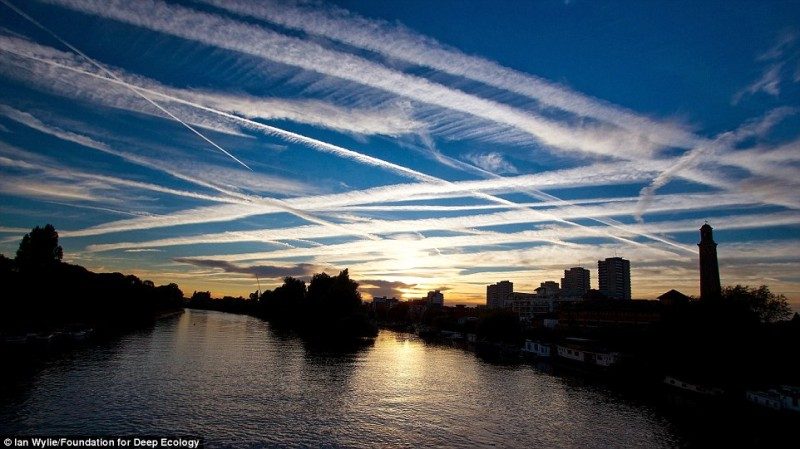 5. A massive truck delivers a load of oil sands for processing. Oil sand is considered the energy source of the future. 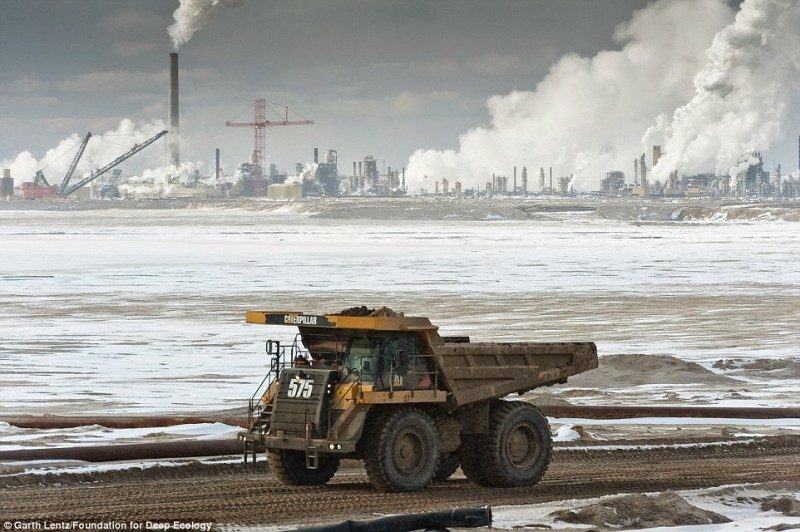 6. A simple herd farmer cannot withstand the stink of the Yellow River in Inner Mongolia. 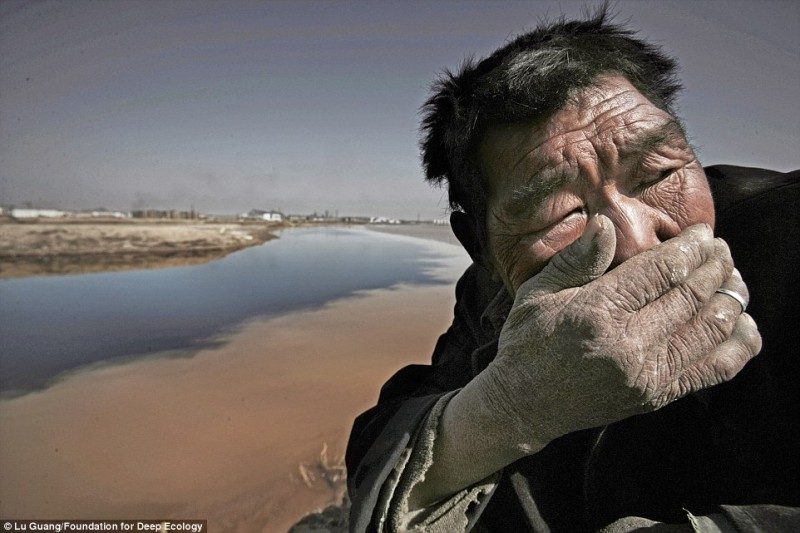 7. A waste incineration plant and its surroundings in Bangladesh 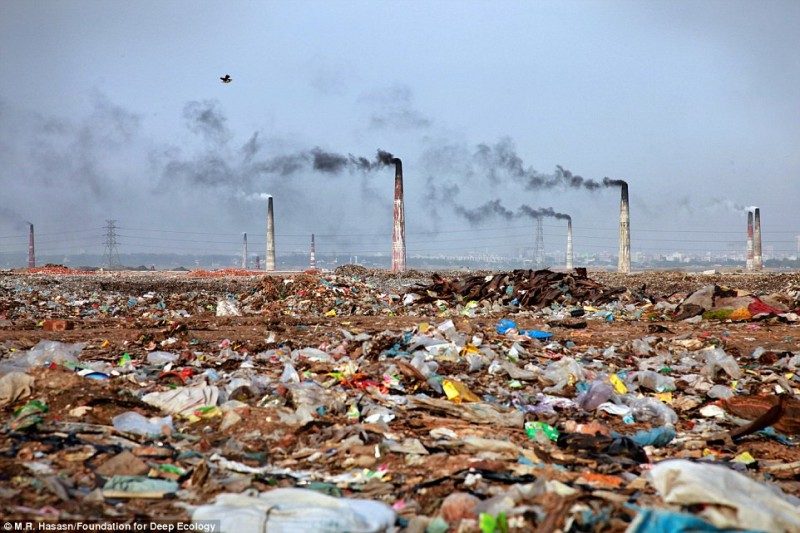 8. A fire storm plows through Colorado – increased incidences of wild fires is a result of climate change. 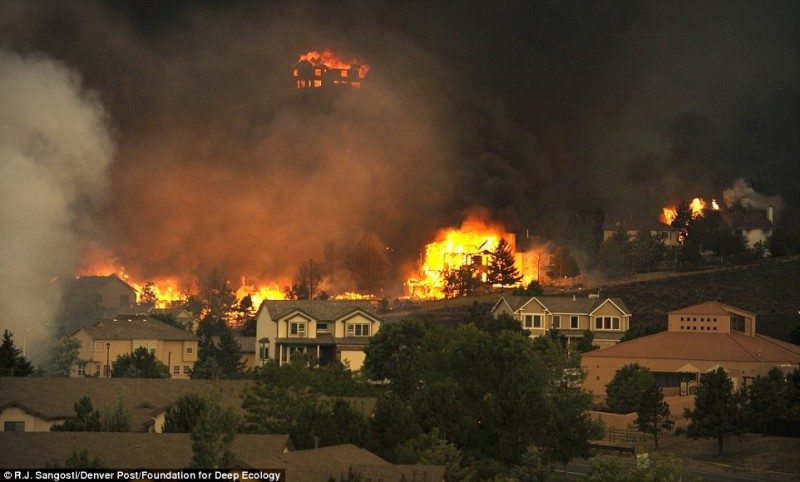 9. The scars left behind from the mining of oil sands in the Canadian province of Alberta. 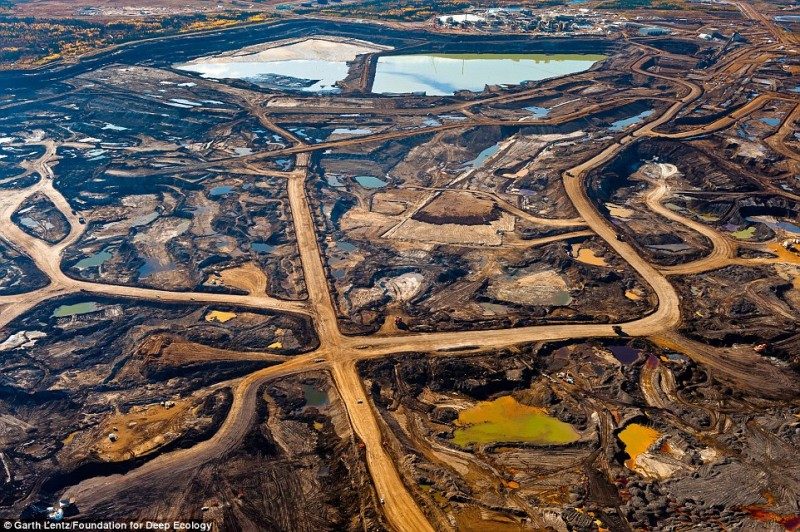 10. A nighttime spectacle in downtown Los Angeles – the energy demand is incalculable. 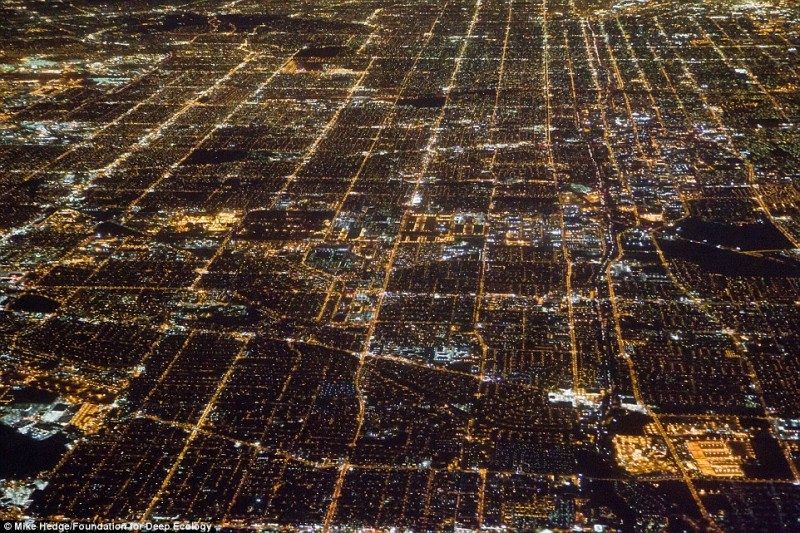 11. In Oregon, this thousand year old forest fell victim to the chain saw for a new dam. 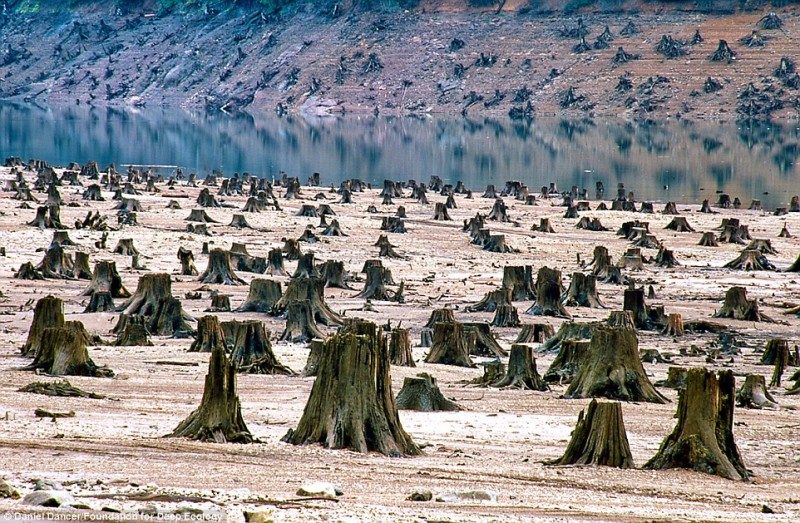 12. The area around Almeria in Spain is littered with greenhouses as far as the eye can see – simply for a richly filled dinner table. 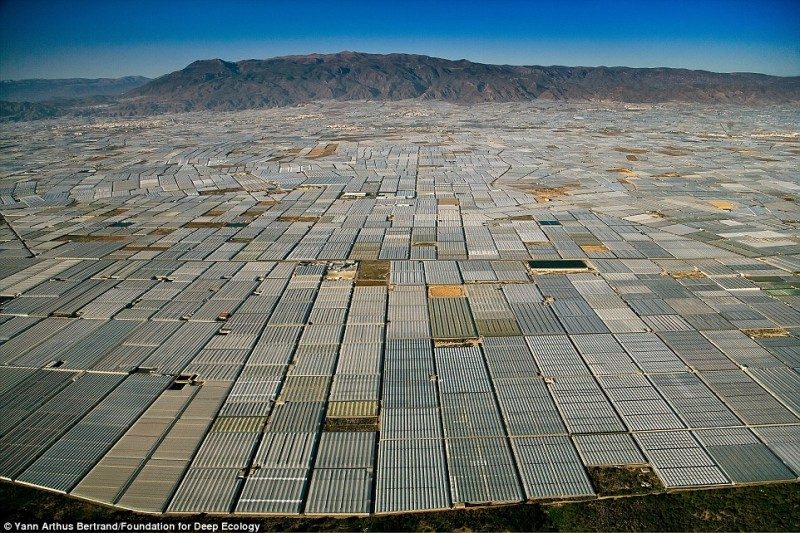 13. Poachers pose proudly with the coat of a Siberian tiger. 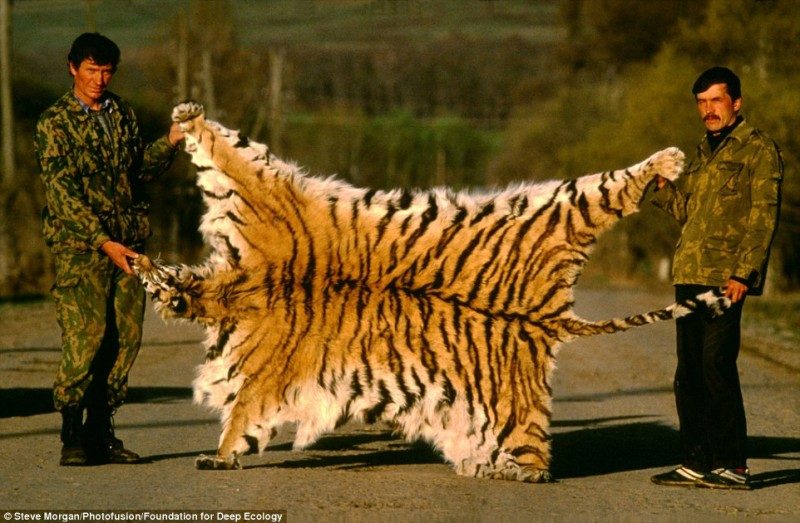 14. The Mir Mine in Russia, the largest diamond mine in the world. 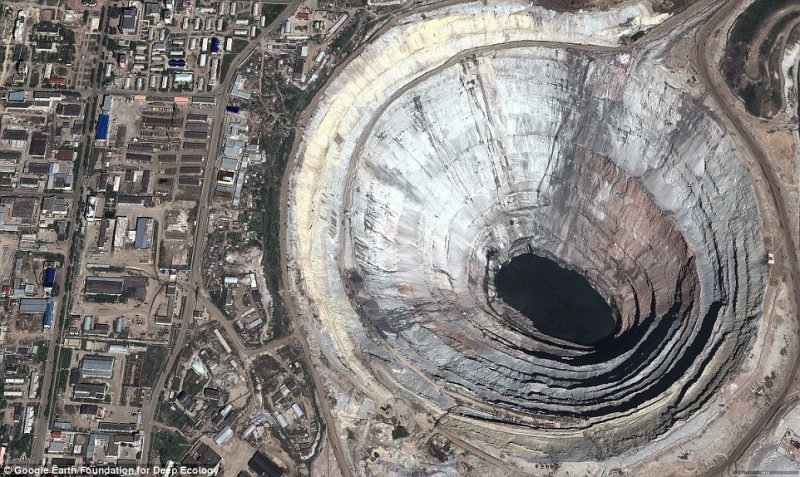 15. A dead albatross shows what happens when we litter. A living dumpster. 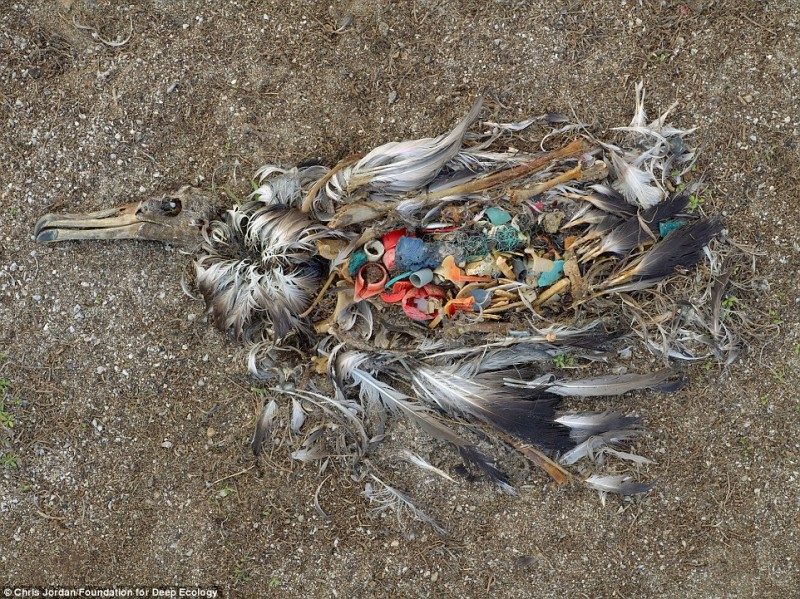 16. And yet another megatropolis – a bird’s eye view of New Delhi (over 22 million inhabitants). 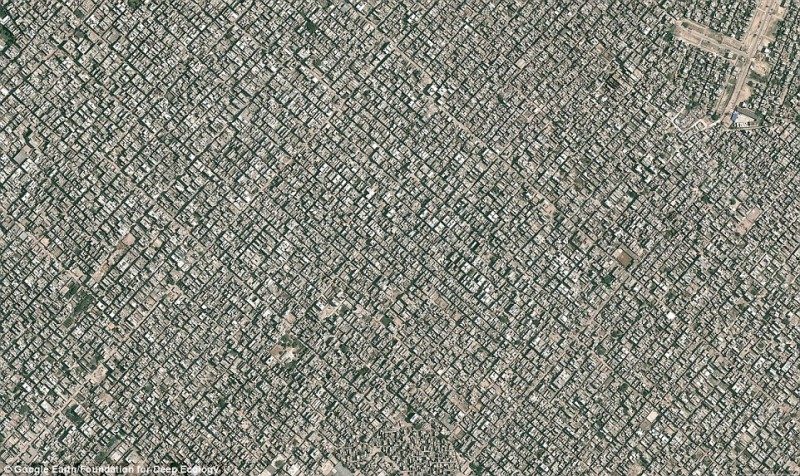 17. Paradise almost lost: the Maldives, a popular vacation spot that is threatened by rising sea levels. 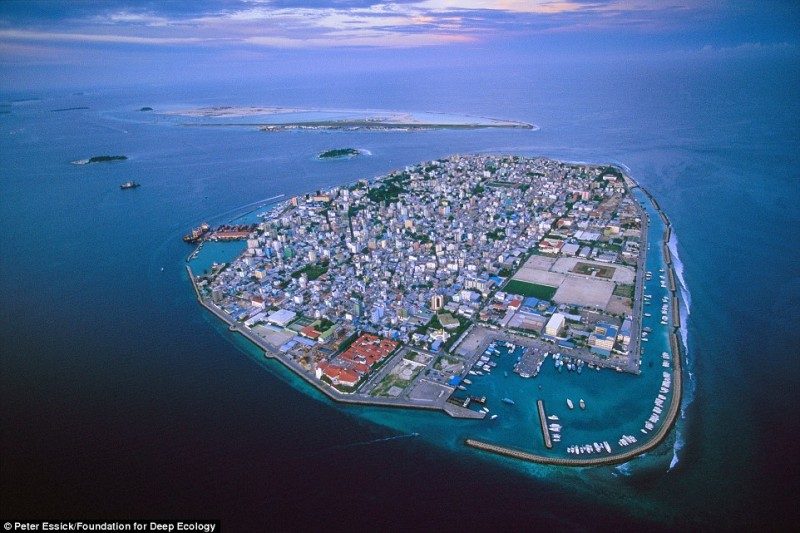 18. The beginning of Black Friday at an electronics store in Boise, Idaho. 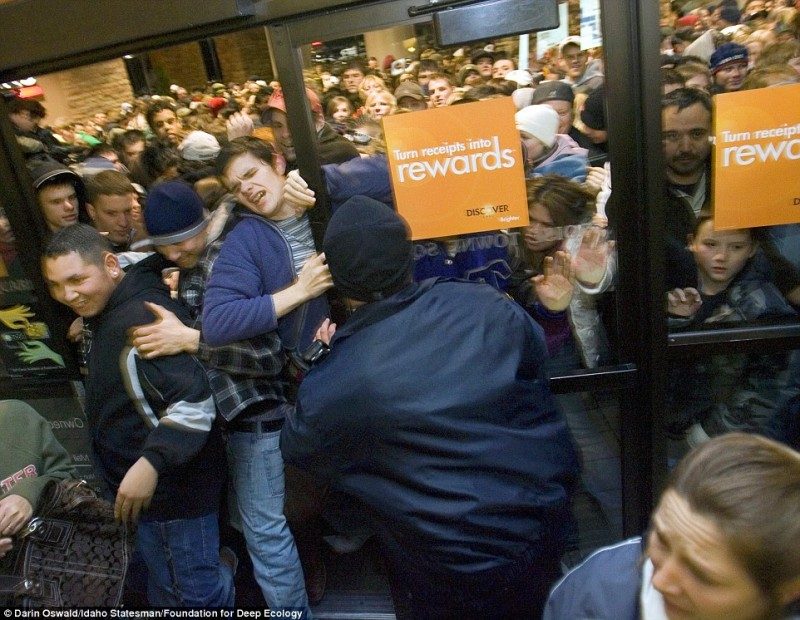 19. Tons (literally) of broken electronics end up in developing countries and are stripped for precious metals by using deadly substances. 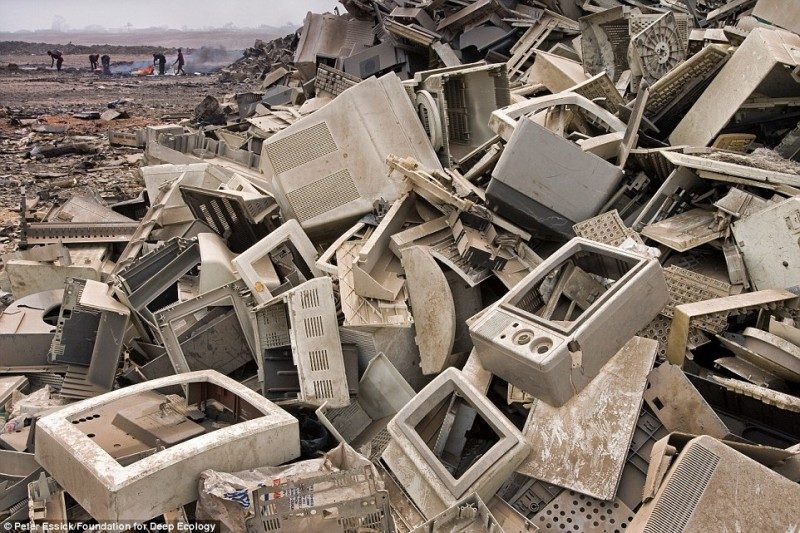 20. The blunder of the Brazilian rain forest is being repeated here in Canada. 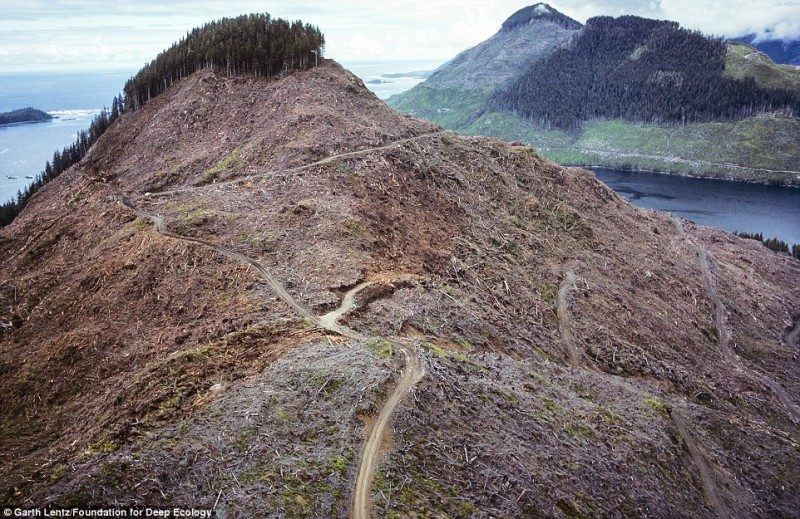 21. A landfill for worn-out tires in the desert of Nevada. 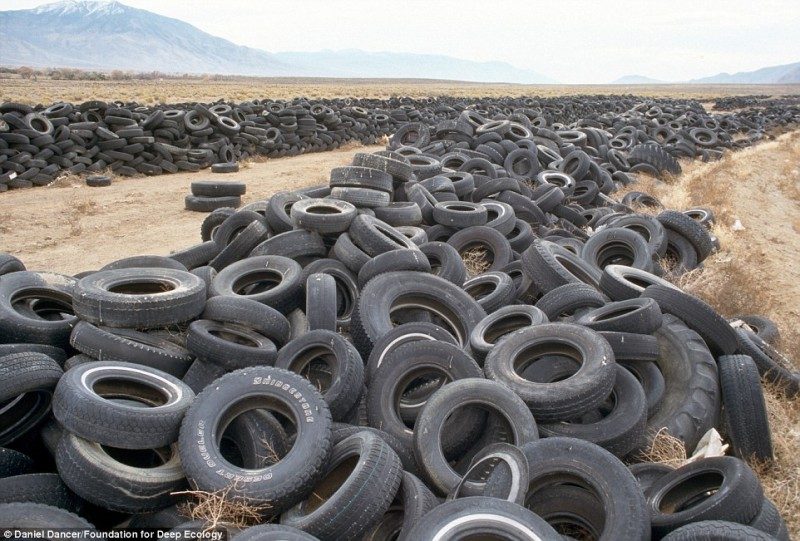 22. While the entire world watched the events of Fukushima, a massive heat and power station was burning just a few miles away. All attempts to extinguish it where fruitless. 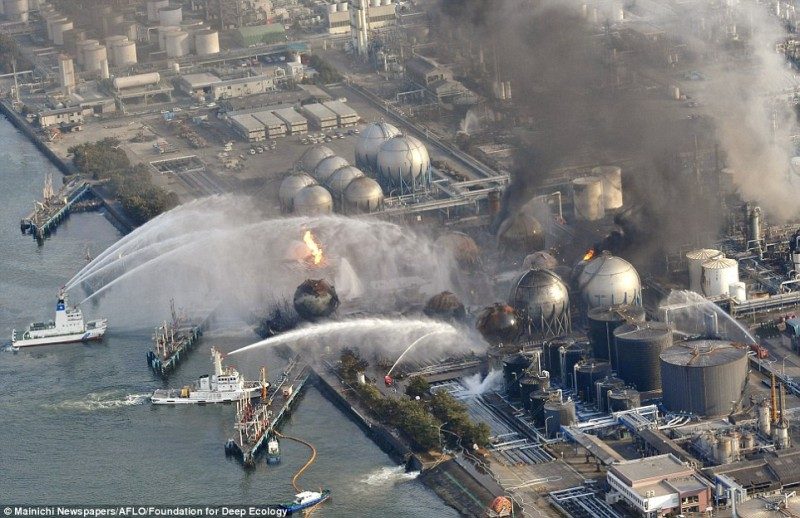 23. This polar bear starved to death in Svalvard, Norway. Disappearing ice caps are robbing polar bears of both their living space and food. 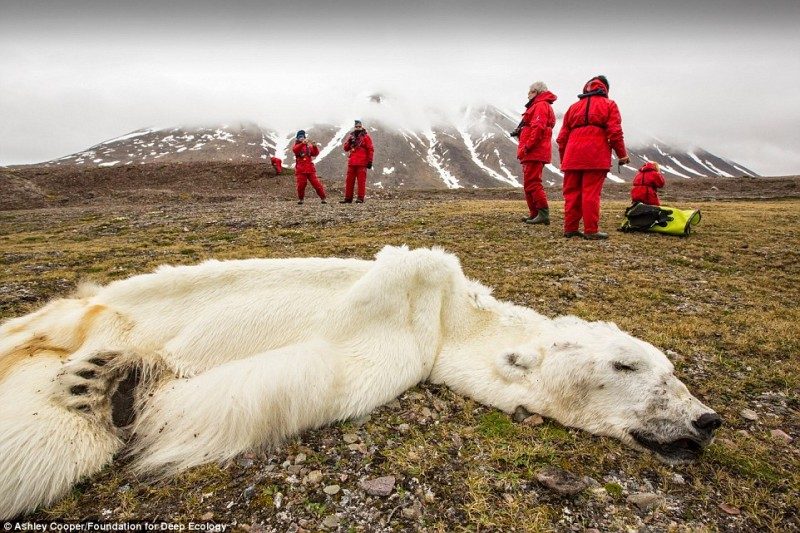 24. To the last drop: an oilfield in California and the merciless overexploitation of humans. 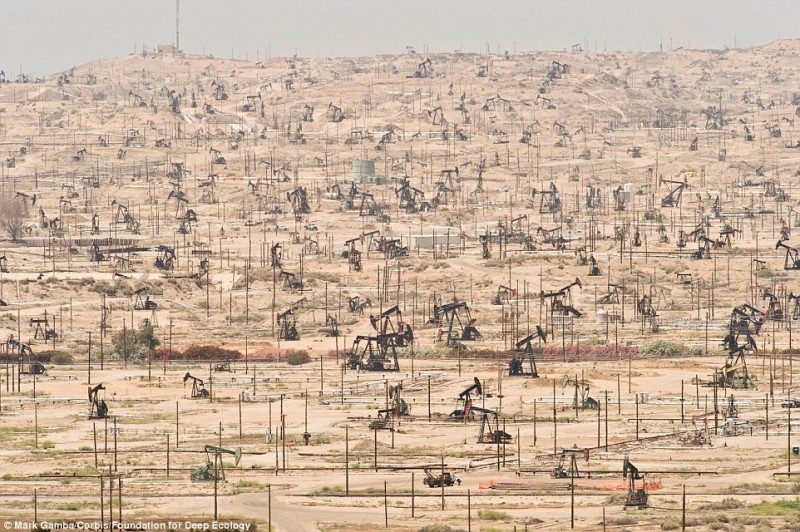 25. A massive waterfall from melting pack ice. These masses are the only meltwater and the undeniable proof how swiftly climate change is advancing. 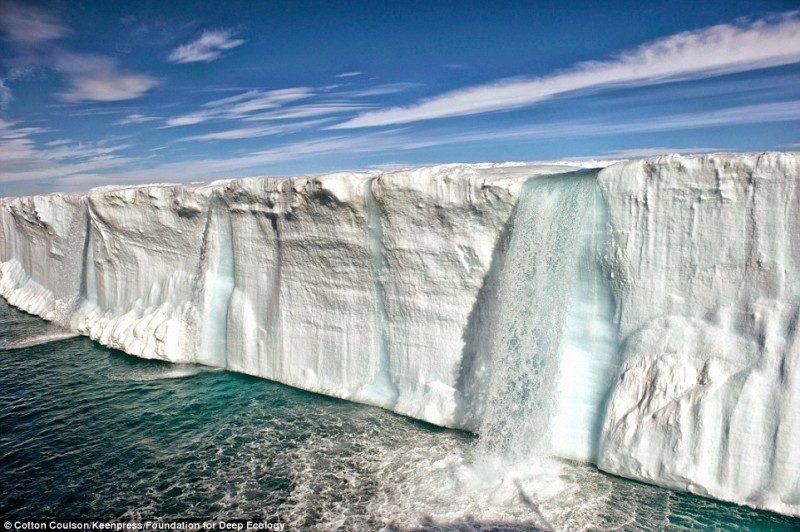 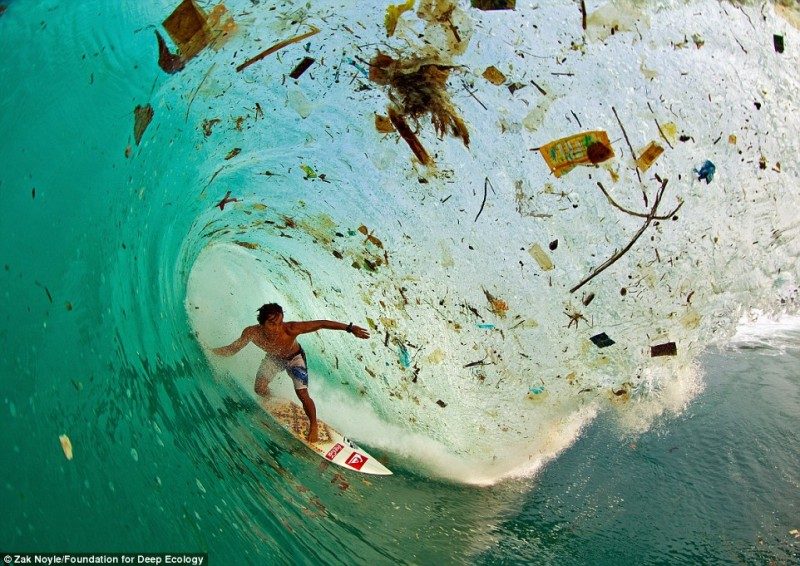 “When the Last Tree Is Cut Down, the Last Fish Eaten, and the Last Stream Poisoned, You Will Realize That You Cannot Eat Money.”

This prophecy is becoming a more and more brutal reality. But, even today, not every person is aware of the horrible effects our lifestyles have on nature. So share these evocative pictures with everyone.

Phillip Marshall, a former airplane pilot and author whose works included the 2003 novel “Lakefront Airport,”  – “False Flag 911: How Bush, Cheney and the Saudis Created the Post-911 World (08)” and “The Big Bamboozle: 9/11 and the War on Terror,” a 2012 publication in which Marshall theorized it wasn’t al-Qaida but rather U.S. and Saudi government…