Advancements in automotive technology have made it possible for cars to achieve fuel efficiencies of well over eighty miles per gallon. Other developments allow for the use of alternative fuels, such as ethanol and saltwater. But whether traditional gasoline or modern alternatives are used, drivers still face the expensive and environmentally damaging problem of refueling their vehicles on a regular basis.

According to Laser Power Systems, this fueling conundrum may soon be an issue relegated to the past. The alternative energy company recently announced a revolutionary concept capable of transforming the way we think of driving: instead of using gas to fuel cars again and again, why not harness thorium and create a vehicle that never needs to be refueled during the course of an average driver’s lifetime? This proposed thorium car would be able to run for a minimum of one hundred years before requiring a refuel. Now, the question is, could a thorium car actually be mass produced and used in place of today’s gas-powered vehicles?

What Is Thorium And How Can It Power Cars?

Thorium is a radioactive element that, like uranium and bismuth, occurs naturally. It is far more abundant than uranium and typically, is gathered during the refining of monazite sands. According to advocates at Laser Power Systems, the radioactive element could be used to form a laser beam. This, in turn, would produce enough steam to power a thorium car’s engine.

Long regarded as a potential source of energy, thorium’s use was in decline for some time before finally garnering curiosity among environmental and energy researchers in the past few years. This uptick in interest is exemplified by India’s current thorium power plant project. Manufacturers interested in thorium-fueled products will likely watch this power plant closely; if it proves successful, thorium cars may eventually follow.

A few decades after it was first discovered, thorium was regularly used as a source of power. Its most common application involved the gas mantle, which, when heated by a flame, could produce a very bright light. In recent decades, however, the use of thorium has dropped dramatically, due to concerns surrounding its radioactive nature. These concerns still exist today, with critics suggesting that thorium cars would cause a greater environmental hazard than they would solve through the reduction of fossil fuel usage.

Although concerns regarding thorium’s radioactivity are certainly valid, proponents of the thorium car insist that the vehicle would not, in fact, be particularly dangerous. In the concept car developed by Laser Power Systems, drivers and passengers would be protected by a sheet of aluminum foil. According to the company’s CEO, the average passenger would be exposed to far more radiation during a routine dental visit than he or she would encounter during the average ride in a thorium vehicle.

Thorium is often compared to uranium, but those in favor of thorium cars believe that, outside of their status as naturally occurring radioactive elements, the chemicals hold little in common. Not only is thorium more abundant, it is also deemed far safer than its uranium counterpart. Waste from thorium is dangerous for a far shorter period of time than that resulting from uranium; what’s more, its use is less likely to lead to nuclear disasters or the creation of nuclear weapons. That being said, the element still poses some risk, which would likely need to explored in greater detail before widespread usage of thorium cars could occur. 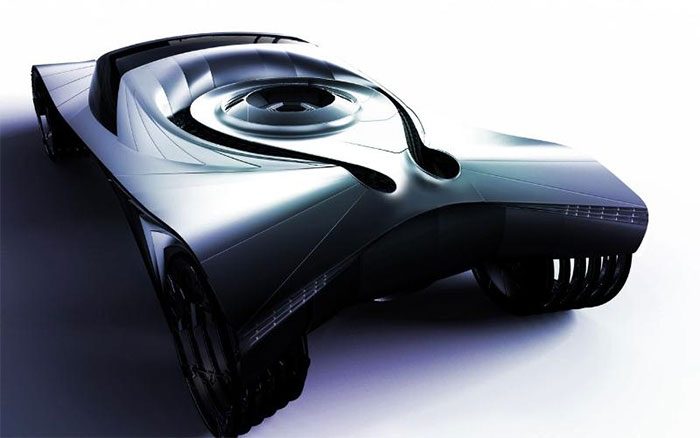 When Can We Start Driving Thorium Cars?

Although the idea of a thorium car seems promising, the CEO of Laser Power Systems claims that this vehicle will not be taking over the open road in the near future. The company is busy developing a variety of thorium models, but a cooperative effort with the automotive industry is not likely. Laser Power’s CEO explains that automakers are more interested in profiting through the sale of gas-powered engines. Thus, until thorium engines become widespread in other industries, automotive companies will remain reluctant to take on this promising new technology. Although India’s thorium power plant is in its second stage of development, researchers do not expect outside uses of thorium to be common until 2030.
Sources: ( mashable | theguardian )

This article was originally published in 2014 and is frequently updated

By: Sam LaGrone The Russian Navy has sent its most advanced Black Sea frigate into the Eastern Mediterranean on Friday following a U.S. missile strike on a Syrian airfield, according to ship spotters in Turkey. Guided missile frigate Admiral Grigorovich – based in Sevastopol, Crimea – passed through the Bosporus Strait early Friday into the Mediterranean only…