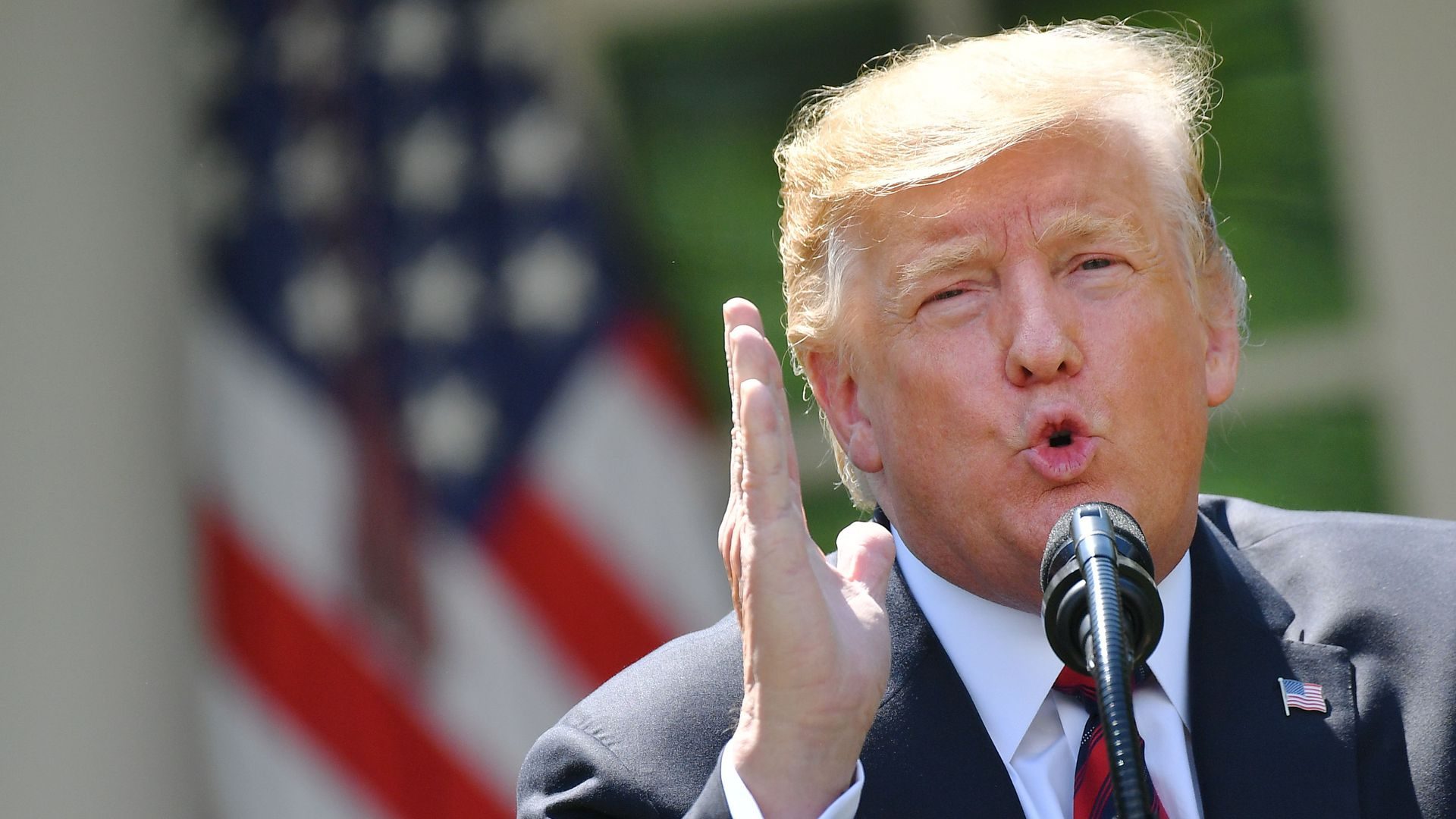 Once shielded by the logic of Silicon Valley’s relentless churn of innovation – which dictated that no reigning tech empire could rule for long before going the way of Yahoo and AOL – tech giants like Facebook, Amazon and Google have been subjected to intensifying anti-trust pressure – Elizabeth Warren’s “Break up Big Tech”s billboard is only the latest example. Indeed, big tech trust-busting has become one of the few issues in contemporary Washington that garners genuine bipartisan support.

Since the Trump administration swept into power two years ago in spite of thinly veiled opposition from Silicon Valley – as it was later revealed, big tech effectively conspired with the Clinton campaign to hurt Trump’s chances – the drumbeat of unprecedented anti-trust scrutiny has grown steadily louder, facilitated by the president’s own publicly-voiced suspicions.

And on Friday, the levee finally broke.

Just before midnight on Friday, at the close of what was a hectic month for markets, WSJ dropped a bombshell of a story: The paper reported that the DoJ has opened an anti-trust investigation of Alphabet Inc., which could “present a major new layer of regulatory scrutiny for the search giant, according to people familiar with the matter.” The report was sourced to “people familiar with the matter,” but was swiftly corroborated by the New York Times, Bloomberg and others.

For months now, the FTC has appeared to be gearing up for a showdown with big tech. The agency – which shares anti-trust authority with the DoJ – has created a new commission that could help undo big-tech tie-ups like Facebook’s acquisition of Instagram, and hired lawyers who have advanced new anti-monopoly theories that would help justify the breakup of companies like Amazon.

But as it turns out, the Trump administration’s first salvo against big tech didn’t come from the FTC; instead, this responsibility has been delegated to the DoJ, which has reportedly been tasked with supervising the investigation into Google.

That’s not super surprising, since the FTC already had its chance to nail Google with an anti-monopoly probe back in 2013. But the agency came up short. From what we can tell, it appears the administration will divvy up responsibility for any future anti-trust investigations between the two agencies, which means the FTC – which is already reportedly preparing to levy a massive fine against Facebook – could end up taking the lead in those cases. 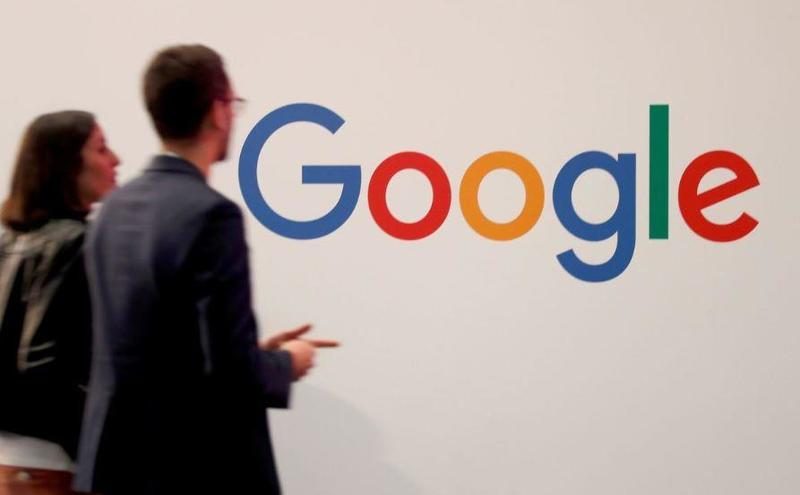 Though WSJ didn’t specify which aspects of Google’s business might come under the microscope, a string of multi-billion-euro fines recently levied by the EU might offer some guidance. The bloc’s anti-trust authority, which has been far more eager to take on American tech giants than its American counterpart (for reasons that should be obvious to all), has fined Google over its practice of bundling software with its standard Android license, the way its search engine rankings favor its own product listings, and ways it has harmed competition in the digital advertising market.

During the height of the controversy over big tech’s abuses of sensitive user data last year, the Verge published a story speculating about how the monopolistic tendencies of each of the dominant Silicon Valley tech giants could be remedied. For Google, the Verge argued, the best remedy would be a ban on acquisitions – a strategy that has been bandied about in Congress.

Our best model for tech antitrust is the Department of Justice’s anti-bundling case against Microsoft in the ’90s, which argued that Microsoft was using its control over the PC market to force out competing operating systems and browsers. If you’re looking for a contemporary equivalent, Google is probably the closest fit. On a good day, Google (or Alphabet, if you prefer) is the most valuable company in the world by market cap, with dozens of different products supported by an all-encompassing ad network. Google also has clear and committed enemies, with Microsoft, Oracle, Yelp, and even the Motion Picture Association of America calling for restrictions on the company’s power. But according to Open Markets’ Matthew Stoller, the best long-term remedy for Google’s dominance has more to do with Google’s acquisitions. “If you’re looking for a silver bullet, probably the best thing to do would be to block Google from being able to buy any companies,” says Stoller. “Suddenly, you have to compete with Google, you can’t just be bought out by Google.” That might sound tame compared to Europe’s billion-dollar fines, but it cuts to the core of how Google is organized. The company has acquired more than 200 startups since it was founded, including central products like YouTube, Android, and DoubleClick. The company’s modular structure is arguably a direct result of that buying spree, and it’s hard to imagine what Google would look like without it. More recent buys like Nest have fallen under the broader Alphabet umbrella, but the core strategy hasn’t changed. Would Google still be an AI giant if it hadn’t bought DeepMind? Probably, but everyone involved would have had to work a lot harder. Even better, anti-monopoly activists would have a bunch of different ways to block those acquisitions. The Department of Justice’s antitrust division hasn’t contested Google’s acquisitions so far, but it could always change its approach. The strongest fix would come from Congress, where Sen. Amy Klobuchar (D-MN) has introduced a bill that would place an outright ban on acquisitions by any company with a market cap higher than $100 billion. (As of press time, Google is worth roughly $840 billion.)

We feel it’s no exaggeration to say that this is only the beginning of what could become an epoch-defining story arch. And like every good story, this one will have main characters and bit players. As far as we can tell, one of the leading roles will likely be played by Justice Department antitrust chief Makan Delrahim, a previously obscure Trump Administration official who is now in charge of one of the most consequential investigations in recent memory.

Setting aside what it might mean for Silicon Valley, the investigation will also have major ramifications for markets, since shares of the big tech companies have been at the vanguard of the torrid post-crisis bull market. Though the influence of FANG stocks on overall market performance has waned this year, they remain hugely influential. 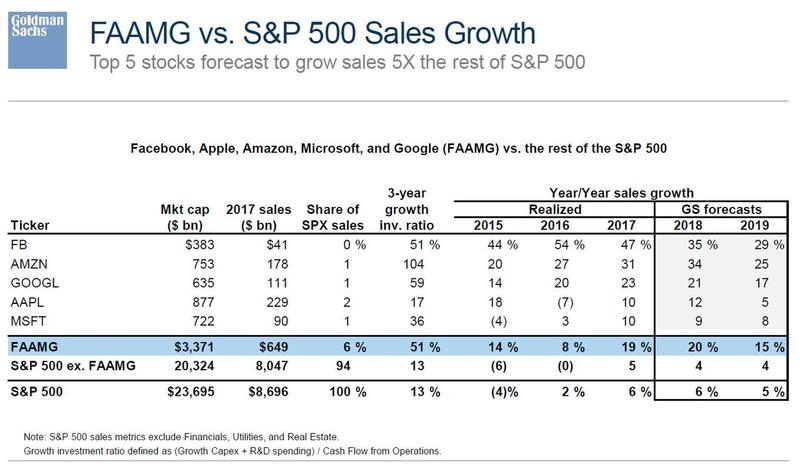 …and they have generated nearly all SPX after-tax adjusted profit margin since the crisis. 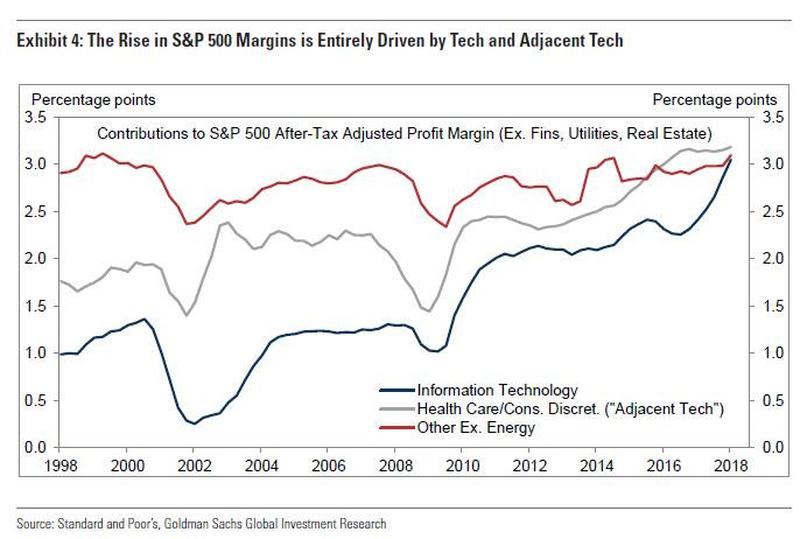 Given that big tech valuations are often based, at least partly, on the notion that these companies will achieve an unassailable market position, an anti-trust campaign could be extremely harmful not just for publicly traded tech giants, but for the entire Silicon Valley pipeline, as @SuperMugatu explains.

As a counterpoint, it’s worth remembering that the presence of two new business-friendly conservative judges on the Supreme Court will make the DoJ’s job that much harder, and could ultimately tip the scales in favor of Big Tech winning this battle.

News of the investigation could adversely impact shares of the big tech companies, which will in turn create a serious drag for the major indexes. For investors, it will be one more threat to a bull market which is already teetering thanks to President Trump’s trade war with China (and now Mexico).

We imagine we’ll be hearing more about the probe through both official and unofficial channels in the coming weeks.

This article originally appeared on ZH

By: James Woods via usuncut.com The Democratic National Convention kicked off today amidst a backdrop of controversy, protest, and the resignation of Debbie Wasserman Schultz. The current state of the party, combined with recent poll numbers and projections showing Hillary Clinton losing ground to Donald Trump in important swing states, has many questioning the direction of their…

Scientists are baffled by a “dark impactor” that has been blasting holes in our galaxy. This force is not visible, and may not be made up of matter. This may be made up of some type of material that humans aren’t even familiar with. Human telescopes haven’t even been able to detect this material yet,…