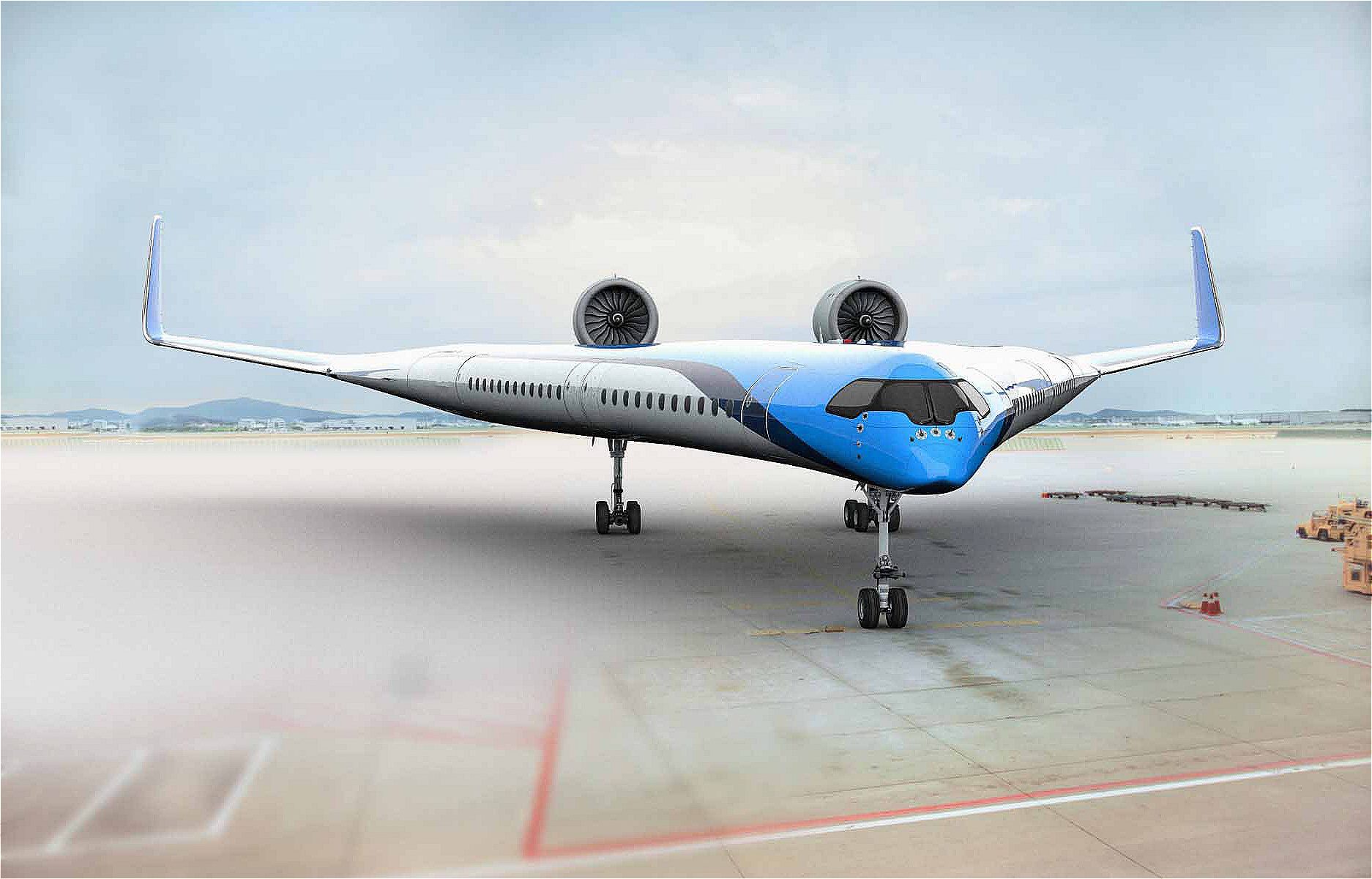 Not much has changed since the early days of air travel. For the most part, passenger airplanes are designed much the same as they were 50 years ago, but the Dutch airline KLM is hoping to change that.

KLM is funding the development of a V-shaped airplane that will be more fuel efficient than previous designs. The aircraft will also look very strange, and will seat the passengers along the two separate “wings” of the plane.

The strange shape will make the airplane more aerodynamic and allow them to use fewer materials for a lighter design. It will also require much less fuel than the traditional aircraft.

According to its designers, the “flying V” airplane will need 20 percent less fuel than the Airbus A350, which is the most advanced modern airplane. 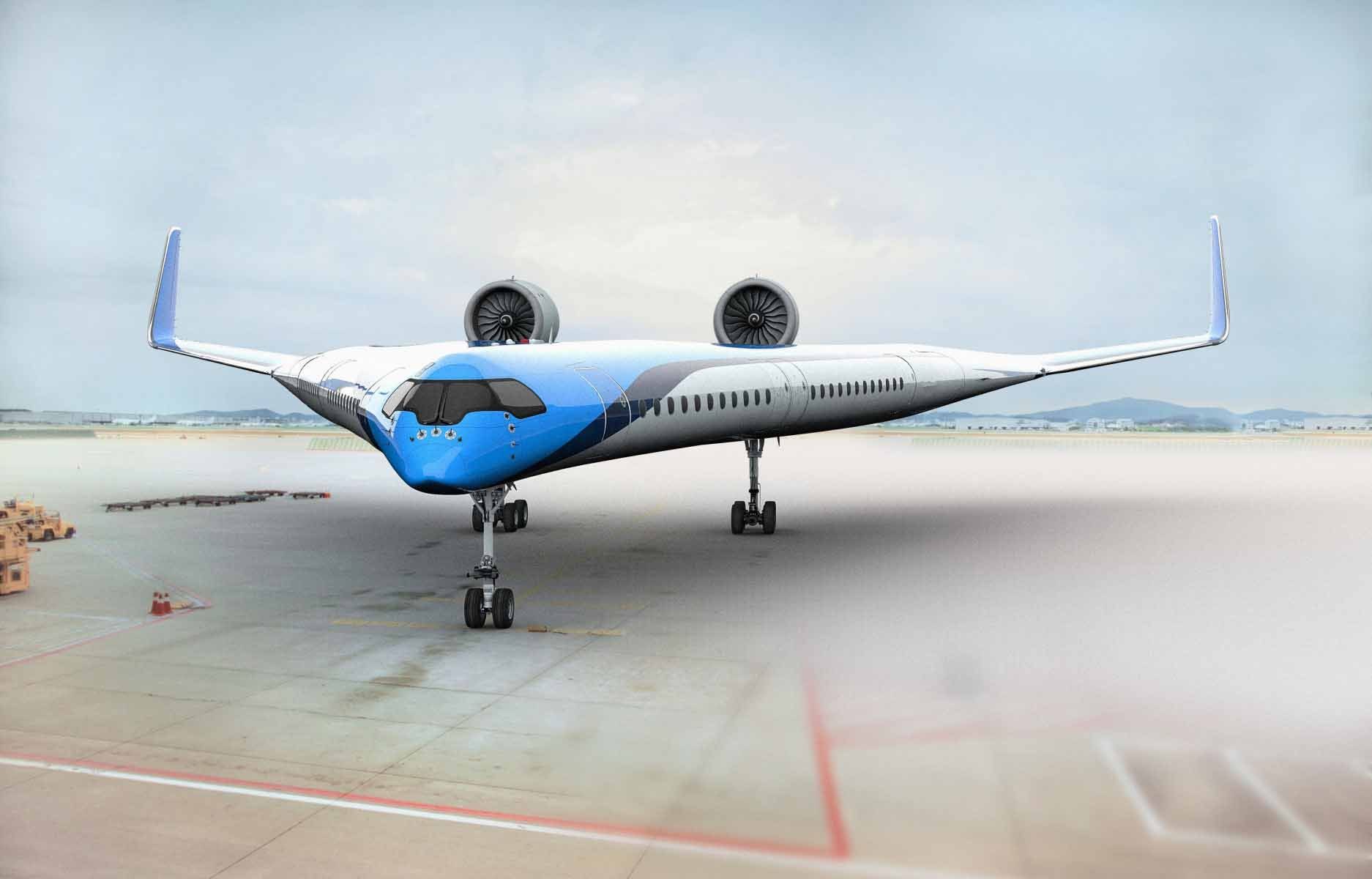 However, right now, only a prototype has been developed, and researchers believe that there won’t be a version of this plane on the market until at least 2040.

The V shaped plane idea originated from a design by Justus Benad, a former student at Berlin’s Technical University. The design was then developed further by the Delft Technical University in the Netherlands, who is now working with KLM on the project.

The flying V airplane will have similar specifications as the Airbus A350, which can hold up to 314 passengers.

Roelof Vos, the project leader at TU Delft, explained in a statement that the design of the Flying V gives it less resistance in the air, which ends up making a big difference.

“The Flying-V is smaller than the A350 and has less inflow surface area compared to the available amount of volume. The result is less resistance. That means the Flying-V needs less fuel for the same distance,” Vos says.

In addition to the revolutionary aerodynamic design, the plane also uses the most fuel-efficient turbofan engines on the market, and designers hope that they will soon be able to use electric turbofans. 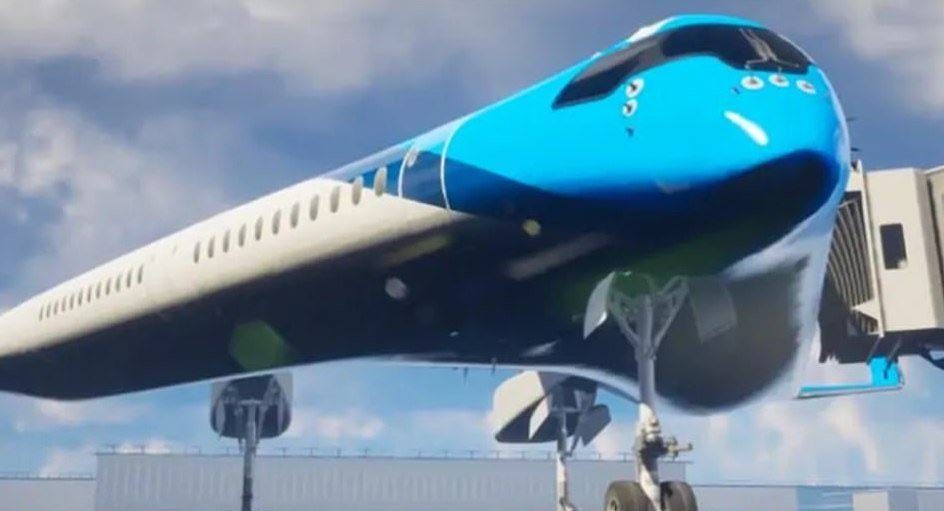 Delft Aerospace Engineering Dean Henri Werij said they eventually hope to create an airplane that can take an emission-free flight.

“Our ultimate aim is one of emission-free flight. Our cooperation with KLM offers a tremendous opportunity to bring about real change,” Werij said in a statement.

Pieter Elbers, CEO, and president of KLM agreed that sustainability is one of the primary goals of this project.

“In recent years, KLM has developed as a pioneer in sustainability within the airline industry. We are proud of our progressive cooperative relationship with TU Delft, which ties in well with KLM’s strategy and serves as an important milestone for us on the road to scaling-up sustainable aviation,” Elbers said, according to CNN.

“We cannot simply electrify the whole fleet, as electrified airplanes become way too heavy and you can’t fly people across the Atlantic on electric airplanes — not now, not in 30 years So we have to come up with new technologies that reduce fuel burn in a different way. We’ve been flying these tube and wing airplanes for decades now, but it seems like the configuration is reaching a plateau in terms of energy efficiency. The new configuration that we propose realizes some synergy between the fuselage and the wing. The fuselage actively contributes to the lift of the airplane, and creates less aerodynamic drag,” Vos added.

Without a doubt, China has one of the most brutal censorship regimes on the planet, and by far has the most controlled internet in the developed world. A few months ago, footage surfaced showing a woman being forcefully arrested at her home, reportedly for the crime of speaking her mind on the internet. The specifics…